These days you probably hear more about Kanye West’s sneaker collaboration with Adidas than you do about his music. Or really anything other than his music. After a fairly public breakup with Nike in 2013, West and Adidas have been dominating the sneaker market with a line of Yeezy Boost runners. But not much has been said for the other shoes in the Yeezy Collection, like the Yeezy Combat Boot in Light Sand and Oil. 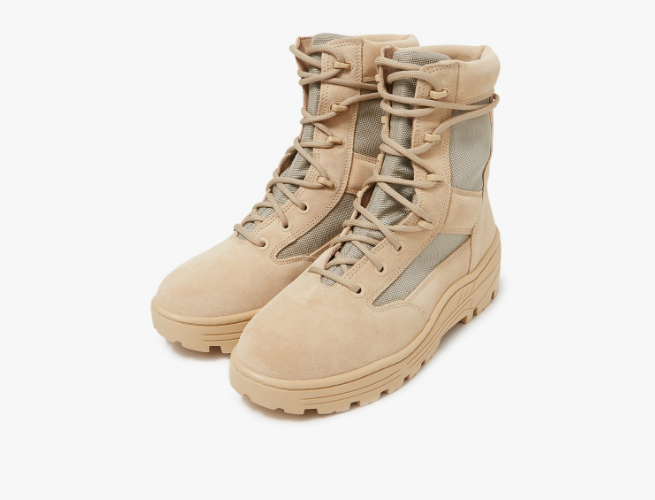 Made from a combination of 60% calfskin leather and 40% nylon, the military-inspired boots aren’t as wild looking as their sneaker counterparts and that just might be the biggest selling point. They look like just about any other military-like combat boot and with a silhouette that seemingly never goes out of style, you can’t help buy wonder if you should just get a pair. 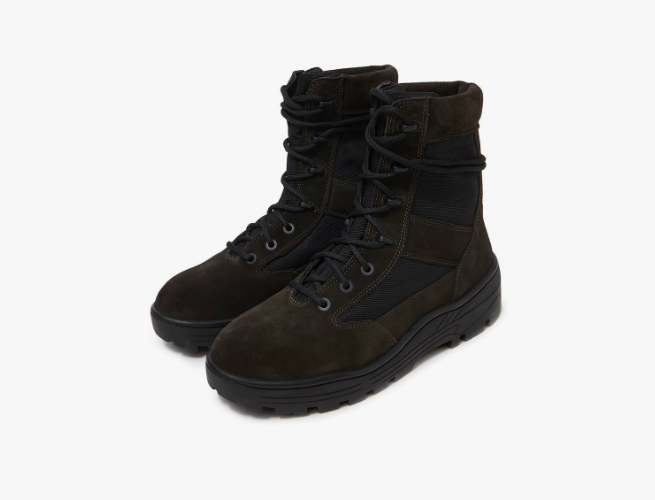 With leather lining, a padded tongue and collar, and tonal stitching and hardware throughout on both the Light Sand and Oil pairs, they actually do look better than most. And if the comfort level of these boots are anywhere near their Yeezy Boost counterparts, the real question is which color should you get?