It looks like Hillary Clinton has stepped out of politics and into the fashion world. The former Secretary of State was spotted wearing her namesake pumps from Katy Perry’s shoe collection and Instagram went wild. Is HRC the new social media powerhouse? Kylie Jenner better watch out. Get the scoop from Footwear News.

From Footwear News:
Hillary Clinton seriously stepped up her shoe game this week. The former presidential candidate was spotted in “The Hillary,” a pair of heels named after her by Katy Perry. The “Roar” singer’s new eponymous shoe line, which launched on Feb. 16, is an affordable take on the star’s bold, signature style, and it looks like Clinton is a fan.

During the presidential election, Perry continually showed her support for Clinton by performing at multiple rallies and even dressed up as her for Halloween. Clinton returned the favor by wearing Perry’s shoes — possibly at the Women in the World Summit last week.

Perry took to Instagram to capture the shoe moment. “@HillaryClinton is wearing #TheHillary (OMG I LOVE HER SO MUCH),” she posted.

“The Hillary” is a style we haven’t seen the former first lady wear before, complete with a lucite heel filled with stars and moons. The pink suede pump is available online now for $139.00. 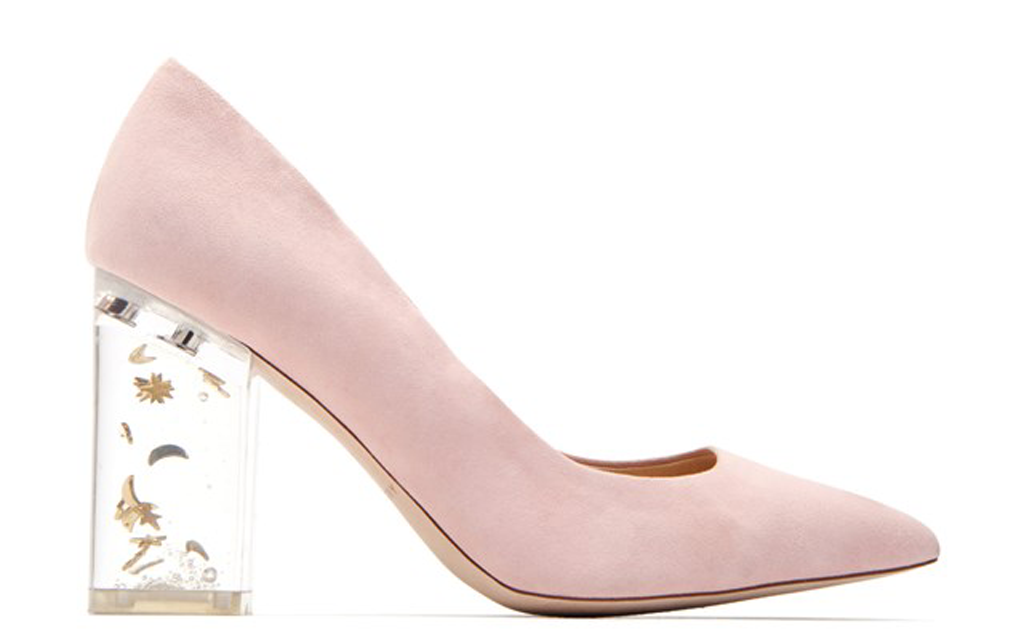 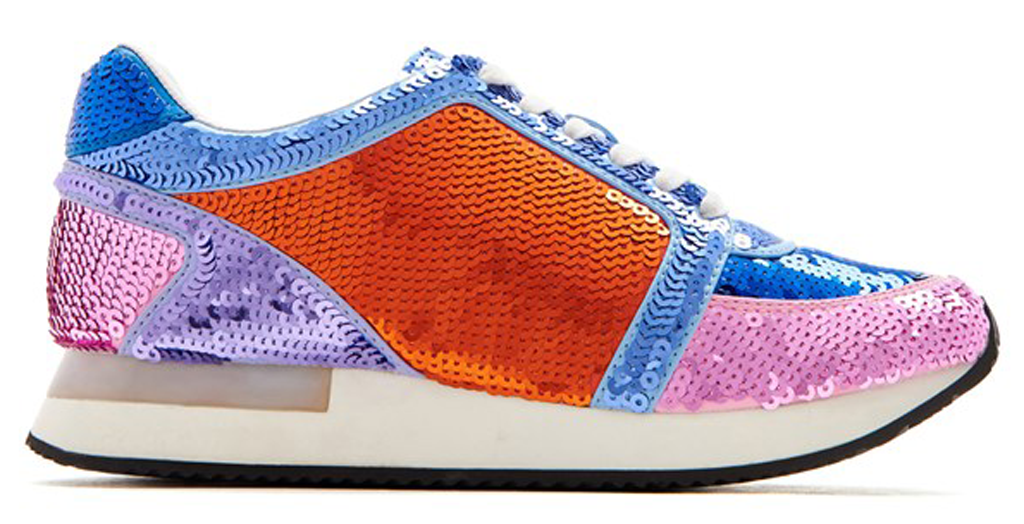 Perry and Global Brands Group Holding Ltd. formed a joint venture for the launch of Katy Perry Footwear, which is the first of several fashion projects for the singer, according to Perry and Global Brands.“It’s vibrant, expressive and defining,” Perry told Footwear News in an exclusive interview in January on her collection. “[Footwear] was a part of me that needed to be carefully created and developed, and I had to weigh a lot of my options.”

With price points ranging from $59 to $299, Perry wanted shoes that were affordable: “Not everybody is rich, and not everybody is excessive,” she said of her logic. “And everybody has more important things to spend their money on — whether it’s their children, or their family or their health. At the end of the day, your personality shouldn’t be so expensive to display.”