2017 has been the year of disruptive fashion. First we had the muddy denim collection, which was soon followed by back-zip jeans. Then it was the romp-him. The latest in fashion fireworks comes from LA-based Hologram City. The brand recently debuted floral lace apparel for men: a short sleeved collared shirt and — perhaps more controversially — flat front lace shorts.

The idea came about when queer rapper Cazwell called his friend Hoza Rodriguez, the owner of Hologram City, about creating custom pieces for his new music video “Loose Wrists,” a celebration of feminine gay men. “Whether we are gay or straight, when men get in touch with their feminine sides, it gives a real sense of empowerment,” says the rapper.

“We knew we were doing pastel colors from the start,” Rodriguez tells SPY, adding that they had originally planned to use a different fabric. “Cazwell called me after a long nap,” he said, “and he cleared his mind and said he wants lace!”

An initial negative reaction to the idea of men in lace is understandable, but from a technical standpoint, the matching set appears to be in good order. The lace drapes nicely, and it’s a flattering fit. If the market is any indicator, I’m not alone in my assessment. The first run of the Lace Me Up Shorts already sold out. 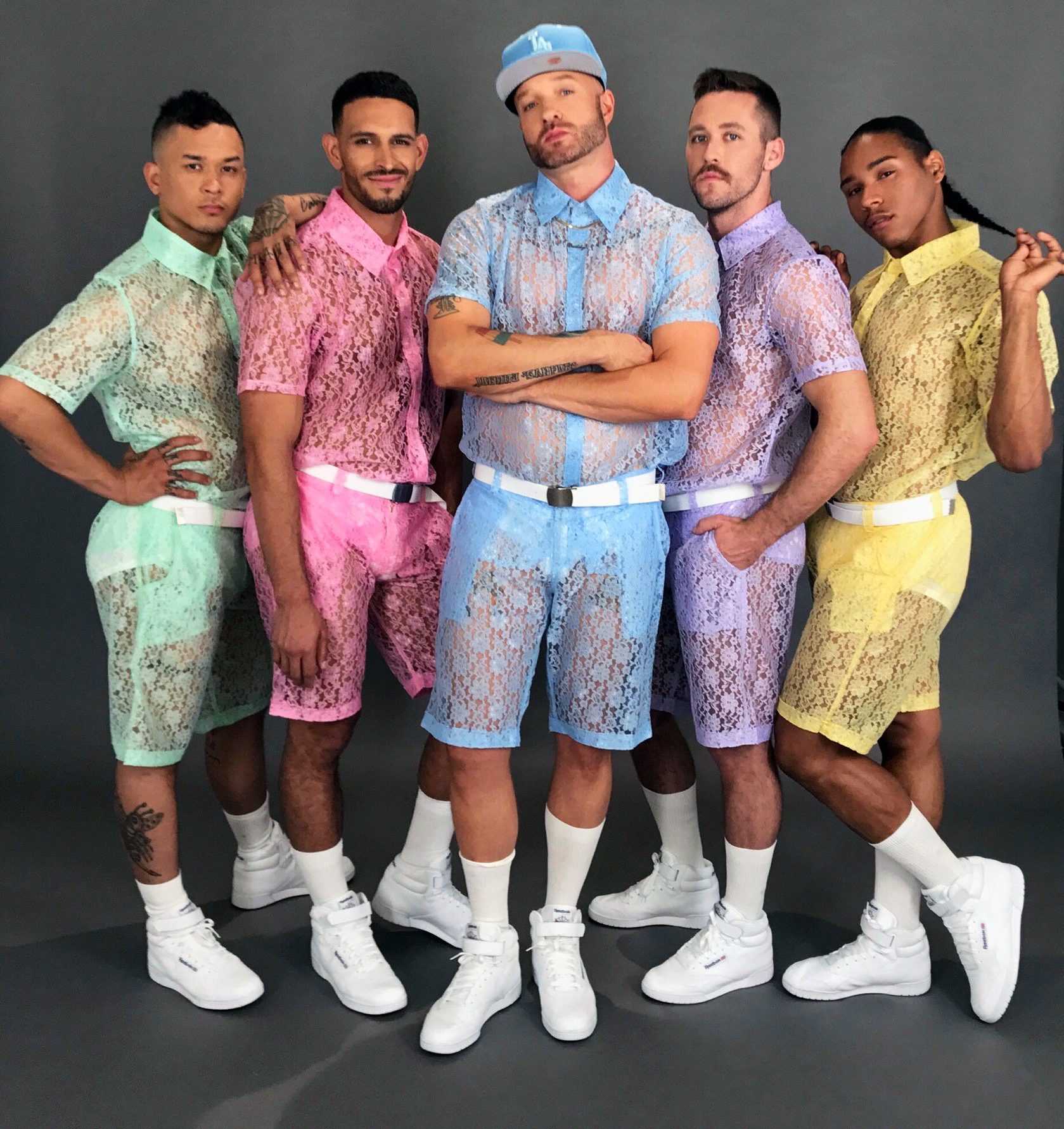 Worn separately, the shorts would pass as part of a casual weekend ensemble, paired with a white v-neck tee. The shirt would look good with skinny jeans and a great pair of slides. Wearing both pieces together is certainly bold, but it’s fine when the occasion calls for such aesthetic. Summer beach weddings come to mind.

To be sure, there are other lace options for men that take a more intimate direction, such as these lace trunks we spotted on Amazon. No one’s wearing them in public, but they’d be a great way to add some variety at home — whether in or out of the bedroom. For $2.99, you can also try this pair under your PJs or jeans. 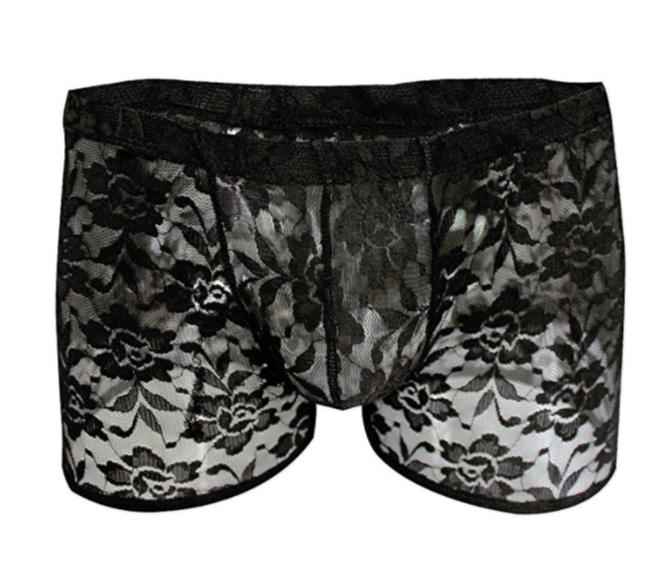 The rub for critics isn’t the clothes; it’s gender non-conformity that chafes their soft spots. Lace is traditionally a “female” fabric on account of its delicate nature. Pastel hues further violate society’s style code for guys, but there is nothing inherently “male” or “female” about any fabric or colorway.

The most obvious example of such arbitrary gender barriers is also the first one we learn as children: blue is for boys; pink is for girls. It’s the result of marketing efforts by retailers who used the color code to move merchandise. Smithsonian Magazine writes that in the 1920s, retailers said to dress boys in pink, but that by 1940s, the color dictate had reversed.

The majority of men may prefer basic looks, but there’s no reason to assume that a lot of dudes don’t also like bright shades, shiny objects, and yes, lace. Consider that Mick Jagger, along with the late Prince and David Bowie, are all heterosexual, male sex symbols who are known for gender bending style. Even the King himself–Elvis Presley–reportedly wore more sequins than Beyoncé.