Djokovic, a former #1-ranked tennis player who has won 12 Grand Slam titles, was formerly an ambassador for Japanese fast fashion brand, Uniqlo, wearing their athletic apparel for five years. His Uniqlo deal recently ended, which paved the way for this new partnership with Lacoste. 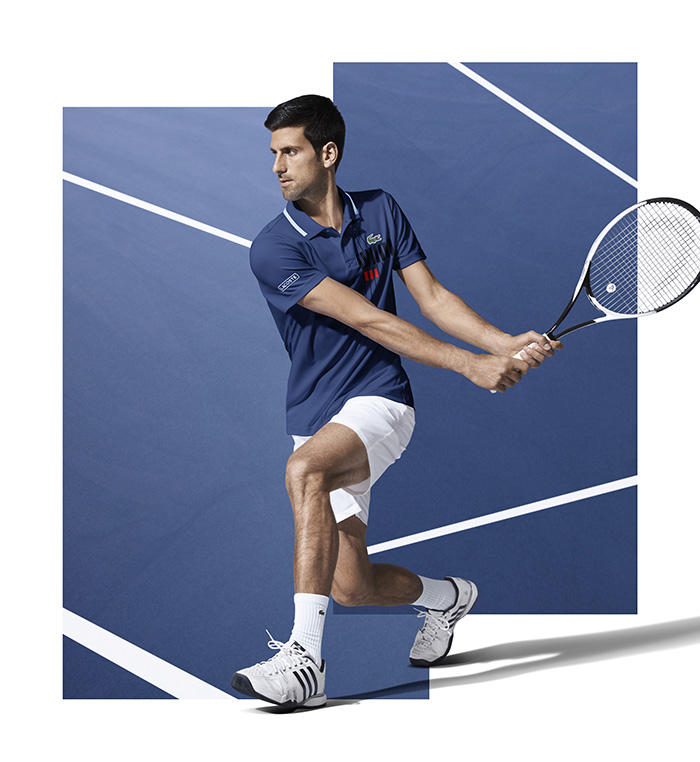 The iconic brand will launch their collaboration with the “Novak Djokovic collection” — a line of performance wear that emphasize comfort and style, in addition to mobility. The collection — which includes T-shirts, polos and shorts — will debut during the upcoming French Open tournament, and be available for sale at Lacoste boutiques soon after.

Djokovic is only the eighth player in history to achieve the “Career Grand Slam,” winning all four major tennis titles. After winning the French Open in 2016, he became just the third man to hold all four major titles at once, and the first since Rod Laver in 1969.

The new partnership seems to make both creative and financial sense. In a statement, Lacoste says Djokovic’s “relaxed elegance and inventiveness are a perfect match for its DNA and its creations.”