If there’s one downside to being a fan of sports, it’s that the accompanying fan gear is usually pretty pedestrian and something you might have proudly worn in the 80s to mid-90s but not so much today. The fact is, not every fan is a super fan. But not every super fan wants to rock a sports jersey or any number of traditional paraphernalia either. So you can understand why we’re excited by the Levi’s x NFL collection ahead of this year’s season. Here are the five best pieces to buy.

The most basic and arguably one of the best pieces in the whole collection is the Mighty Made Tee. At first glance, you probably wouldn’t even think this was fan gear, but look closer and you’ll notice a small team logo near the hem. A little goes a long way and the Mighty Made Tee nails it. 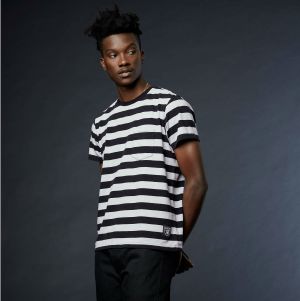 Again with the low-key team logo, but this time as a plaid button-up. Hopefully your team doesn’t have an overly garish color scheme. 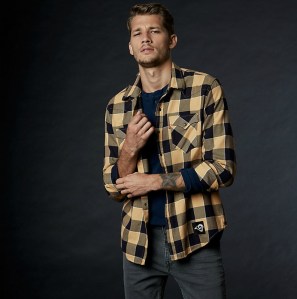 It’s time to step up your formal team wear. Cut from one of Levi’s archival workwear pieces, the Overshirt is a heavyweight layer made from moleskin (a.k.a. cotton) that’s a bit more sophisticated than your typical team sweatshirt. Don’t worry, the Overshirt has hand pockets just like your sweatshirt, so you’re not sacrificing anything with this upgrade. Throw it on as a light jacket, or on its own, as an ideal fall button-down. 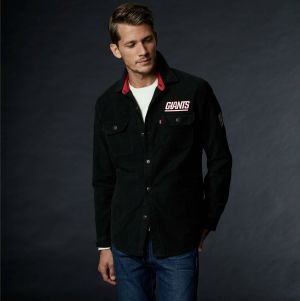 Emblazoned with your team’s logo on the chest as well as across the back, the NFL Denim Trucker jacket is modeled after Levi’s iconic Type III Trucker. You’re not only getting one hell of a jean jacket for the fall and winter, but one that lets you show both your team pride and fashion sense, too. Wear it to the game and wear it often — this one will only look better with age. Available in unisex sizes. 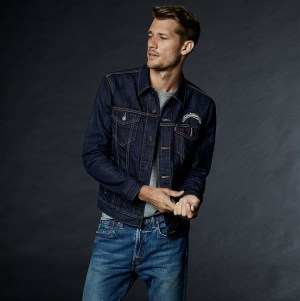 Okay, so the rugby shirt isn’t out yet – it launches in the fall – but we’d be remiss if we didn’t at least tell you about it. It taps into the 90s nostalgia that’s all the rage these days and ironically, or not, is an actual piece of sporting equipment. You’re definitely going to want to pick this one up come when the season starts on September 7th. 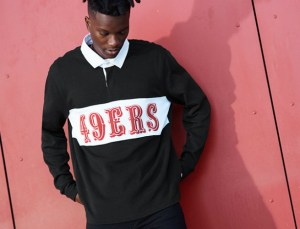