Rapper, songwriter and expert-level meme maker Lil Nas X did what he had to do this past Friday by releasing his newest bop “MONTERO (Call Me By Your Name)” on all music streaming platforms. In addition to the catchy song, he also released a brand new music video that is sending the conservative Christian side of the internet into a full-blown Satanic Panic, the likes of which we haven’t seen since the George Bush era.

If you haven’t watched the Montero music video yet, check it out below. Fair warning: it is very sexual.

And if you’re just looking for the highlights, the video climaxes with the rapper giving Satan a lapdance and taking his throne as the Prince of Darkness.

Oh, you thought that was all? As the cherry on top, Lil Nas X also released a limited-edition pair of “Satan Shoes” in collaboration with art collective MSCHF that sold out in under a minute. Each pair contains an actual drop of human blood. Only 666 pairs were released for sale at $1,018 a pop, a price point that references the Bible passage Luke 10:18, which says: “I saw Satan fall like lightning from heaven.” The shoes are fashioned from Nike AirMax 97s.

The limited-edition Satan shoes went so viral that Nike filed a trademark infringement lawsuit against MSCHF, according to NBC News.

My take on everything? It’s absolutely iconic. 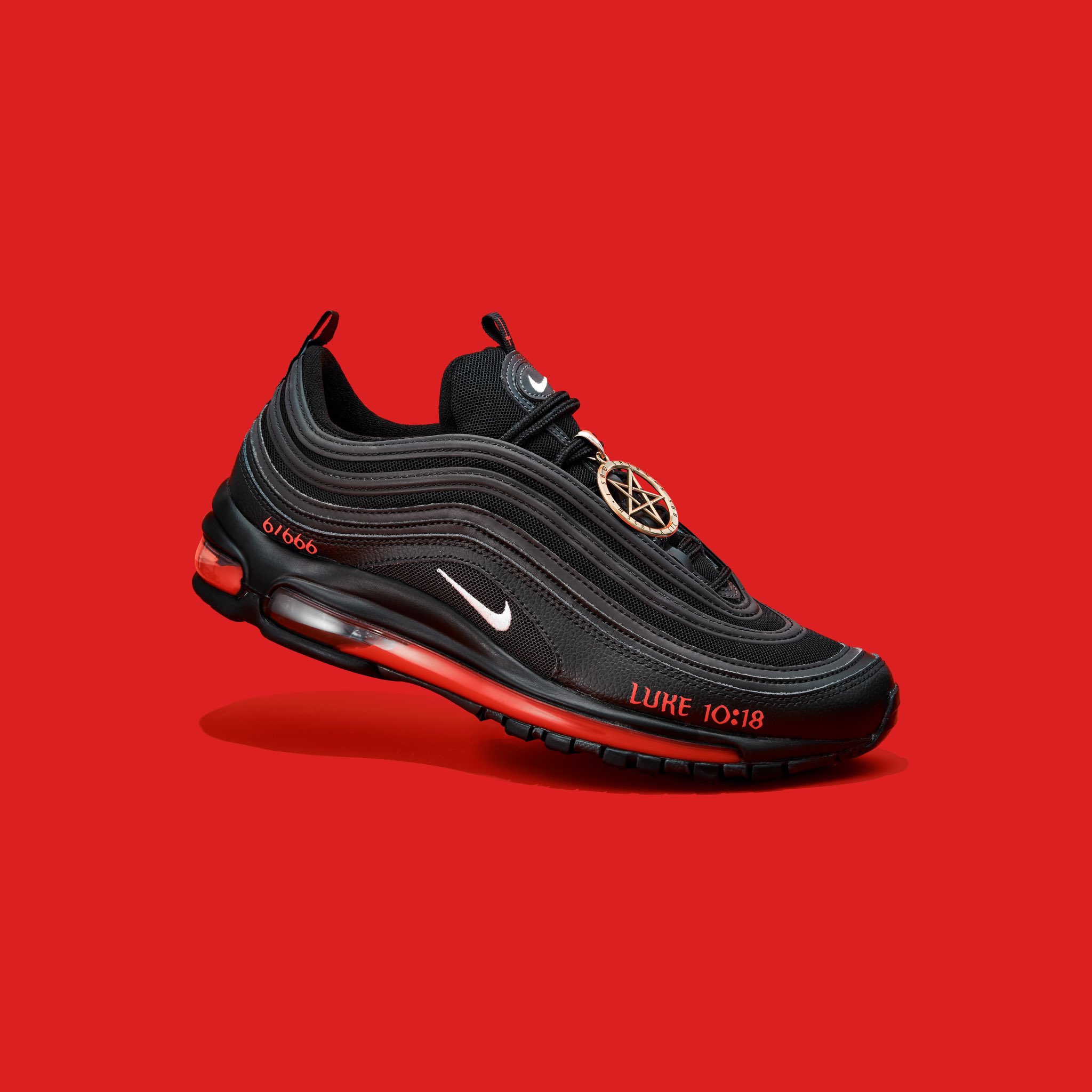 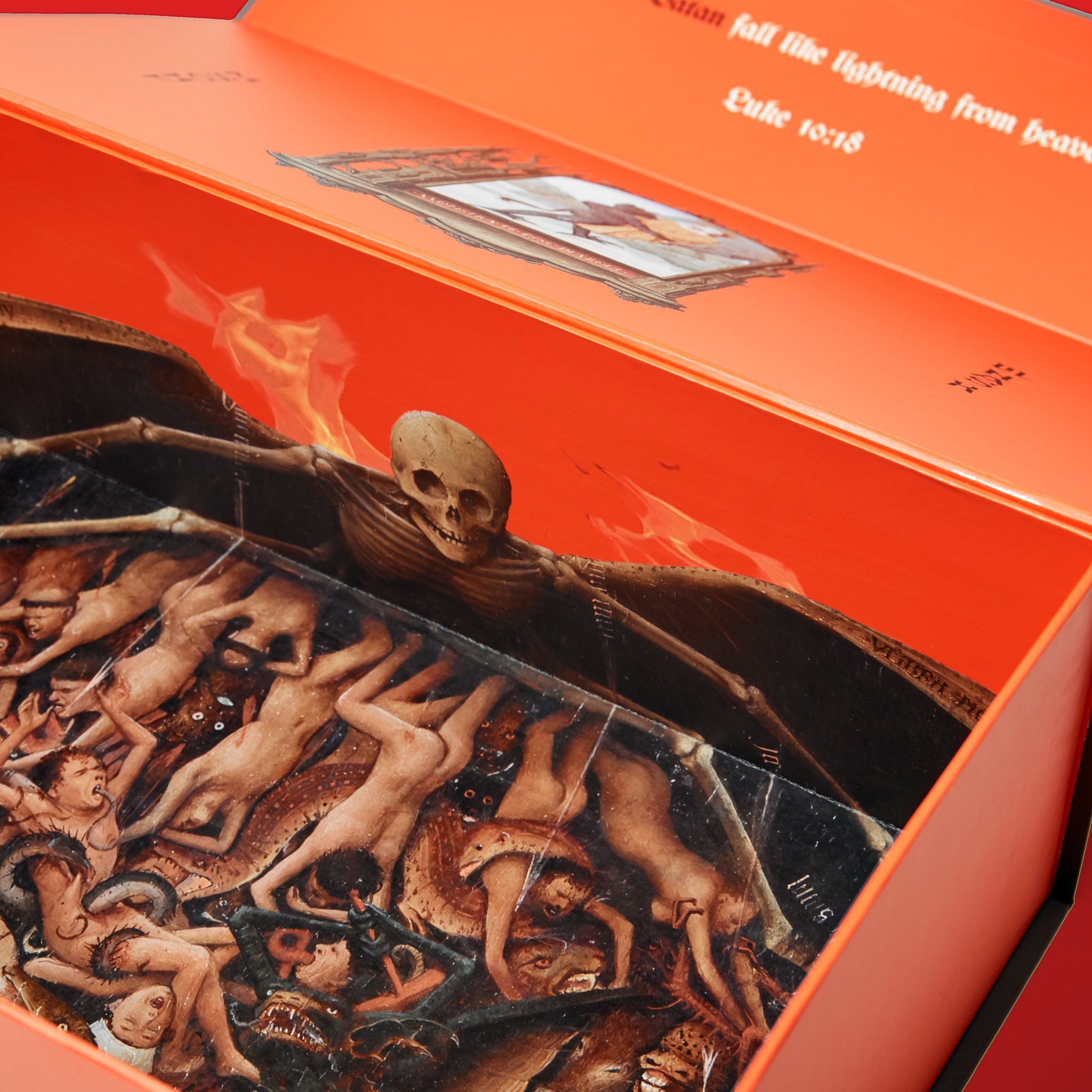 Due to the incredible success of “Old Town Road” and his comedic online presence, Lil Nas X has become a household name. He went from a broke teenager crashing with his sister to a Grammy Award-winning artist seemingly overnight. His rise to fame was truly meteoric, but that doesn’t mean it was the product of luck. Lil Nas X is an extremely meme-savvy musical artist who worked hard to build up an audience from scratch.

Now, Lil Nas X is embracing his full self in terms of his persona and creative choices. He is an out and proud Black gay man openly talking about sexuality in his music, something you don’t often see in pop music, especially in the hip-hop world. In “MONTERO (Call Me By Your Name)”, the rapper proudly embraces his sexuality in a song he named after himself.

In the controversial music video, Lil Nas X takes a full-throttle “fuck it” approach. The video has it all: a sex-centric moment in the Garden of Eden with another man, what seems to be a public execution in a Roman-style colosseum held by five Nas’s in blue wigs, a literal stripper pole ride down to hell and, last but not least, the lapdance and murder of Satan himself. It is everything.

Lil Nas X clearly knew the Montero music video would be controversial, and that’s what makes the uproar surrounding the video so satisfying. Like “Wet-Ass Pussy” before it, the music video and song are perfectly engineered to trigger snowflakes of the conservative variety. Now, the same people who whine about cancel culture and politically correct liberals are absolutely wetting their pants over a music video.

Haters be damned, Lil Nas X is breaking gender stereotypes and paving the way for how men can represent themselves in modern culture. As a gay man myself, it’s so liberating to see such a popular gay icon ditching traditional masculine stereotypes and embracing femininity in his music through fashion and lyricism. It’s empowering as all hell and shows many of his fans that it’s 100% okay to be who you want to be.

Lil Nas X knew he’d make many people uncomfortable with his music video from both a religious and sexual standpoint.

But it’s all in the name of art.

Yeah, Lil Nas X has a ton of young fans, but how the hell is that his fault? He isn’t Paw Patrol. He’s not made for children. As an artist, he isn’t supposed to cater to your children or your religious preferences. Lil Nas X is supposed to cater to nobody else aside from Lil Nas X. He is human the same way you are. If you have hangups around sexuality, maybe that’s something you need to work on and not him. Food for thought.

If you’re worried about an artist’s switch to talking about sex in his music, news fucking flash, it’s a free country. No one is forcing you or your children to listen to popular music. If you want to hover over your children and let them live in a censored world where they don’t have the right to figure themselves or the world out, that’s your problem (and your child’s future therapist’s problem), not Lil Nas X’s.

Evangelical Christians worried about the literal influence of Satan need to understand that they’re playing directly into Lil Nas X’s hands. The video is a tongue-in-cheek take on growing up as a closeted gay kid worried about going to hell simply because he’s gay. And so long as conservative Christians tell gay men that they’re going to hell to meet the devil one day, there will be artists like Lil Nas X, ready to give Satan himself the sexiest lap dance of all time. It’s cause and effect.

And instead of apologizing, Lil Nas X is leaning into the controversy:

Can You Still Buy the Lil Nas X “Satan Shoes”?

As I mentioned earlier, the shoes are a collaboration between Lil Nas X and NYC-based art collective MSCHF. MSCHF, given the name, is known for its controversial take on art, and these unofficial Nikes are the perfect example. People are angry about a music video? Perfect, time to make people even angrier with a pair of satanic sneakers. Lil Nas X knows how to go viral, and once again he’s got everyone’s talking about his latest song. It is simply genius.

Sadly, you can’t buy the shoes because they’re all sold out at this point, but we’ll keep our eyes on sites like StockX, eBay and FarFetch to see how many pairs end up on the resale market. All I know is that we’ll definitely be seeing a pair in the MoMA someday.

To end things on a positive note, Lil Nas X is an artist singlehandedly changing the world of popular music. I can’t wait to see what he does next.