The latest collaboration between luxury brand Louis Vuitton and artist Jeff Koons was unveiled last night at a star-studded party at the Louvre in Paris. It was the perfect setting for the art-inspired collection, which is set to hit stores April 28.

For the collection, Koons applied his “Gazing Ball” paintings, which are a series of large-scale, hand-painted reproductions of masterpieces by the likes of Leonardo da Vinci and Vincent van Gogh, to classic Louis Vuitton silhouettes. The capsule collection will feature Koons’ work on bags, bag charms, keychains and scarves. Each of the bags is adorned with the name of the master associated with the work in large letters. 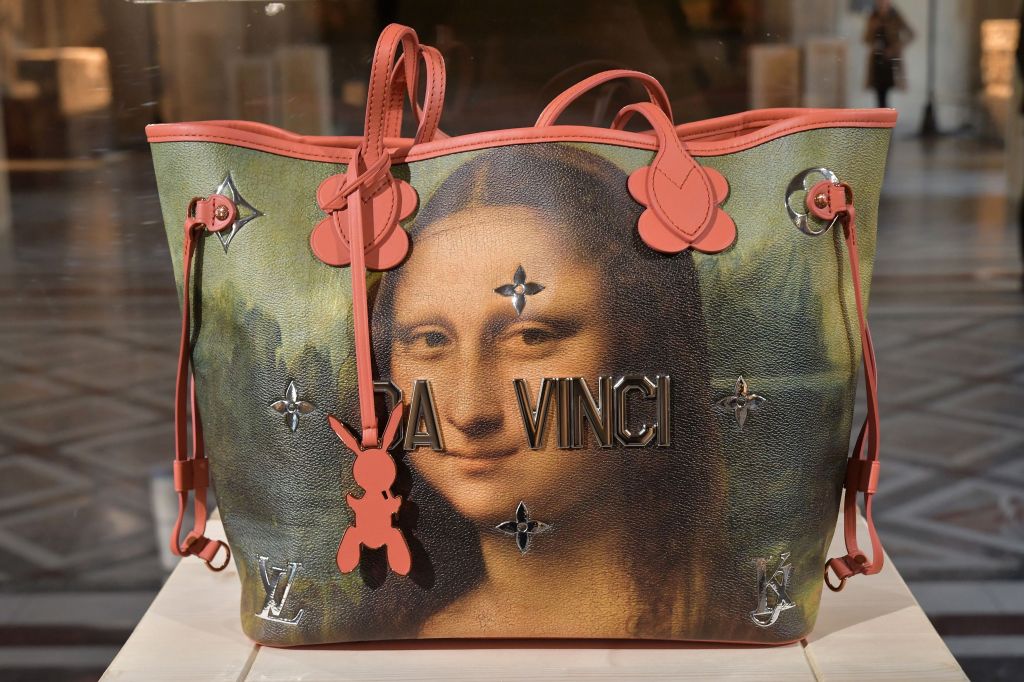 “Having the names of the artists in reflective type is in a way, performing a function like the gazing ball in the ‘Gazing Ball’ paintings,” says Koons. “There’s also a reflective process about the person being interlinked with the bag.”

“I think we’re going to get some pushback,” says LV chief executive Michael Burke. “People are going to be upset about the sacred entering the realm of the profane. But we like to do things that can be perceived as politically incorrect. If we are getting flak, we think we are doing something right.” 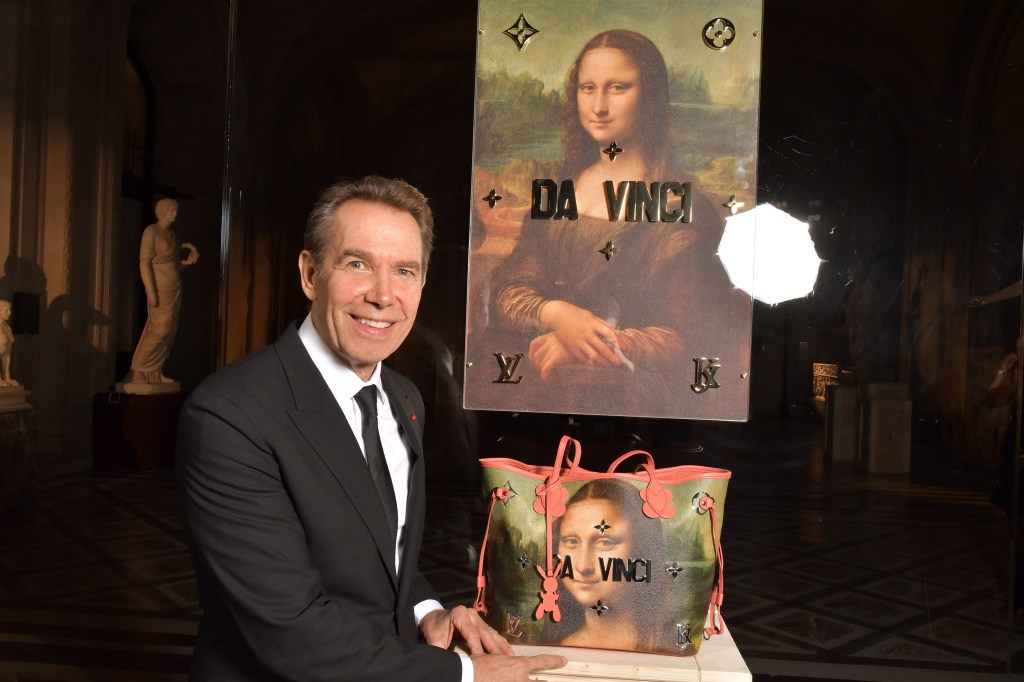 Koons is perhaps best-known for his sculptures of helium balloons. The new bags with LV are inlaid with the artist’s take on the fashion house’s monogram motif. Koons’ initials are on one corner of the bag, and the brand’s on the other.

The Koons collection of bags and small leather goods follows in the footsteps of Louis Vuitton’s previous collaborations with art world stars including Takashi Murakami and Richard Prince.

Unfortunately for LV fans, only the scarves and charms will be available online. To get the bags, you’ll have to visit select Louis Vuitton stores or a New York pop-up that will open later this month. Prices range from only $585 for a bag charm to $4,000 for a large keepall bag. Despite the limited availability, the 51-piece collection is expected to sell out quickly.