Simply put, lululemon is the gold standard for athleisure. In the same way that Nike is often a shorthand for a specific kind of trendy sneaker, lululemon has become synonymous with a certain kind of lifestyle and aesthetic. The brand’s commitment to modern athletic essentials crafted out of comfortable and high-performing fabric has long-established them as a force to be reckoned with.

So, when you’re at the top, how do you continue to innovate?

You let someone new take the wheel.

For the second time, lululemon has launched a collaboration with Robert Geller. The German designer started working for Marc Jacobs in the early aughts before starting his own eponymous apparel brand in 2007. As the winner of several coveted design awards, he’s made a name for himself by designing clothes that, as he told GQ in 2014, make it so “you [don’t take] too long to get dressed, but you want to be the best looking guy in the room.” That premise applies just as well to lululemon; by combining the brand’s elevated basics with that Geller touch, you get striking takes on well-established stalwarts. 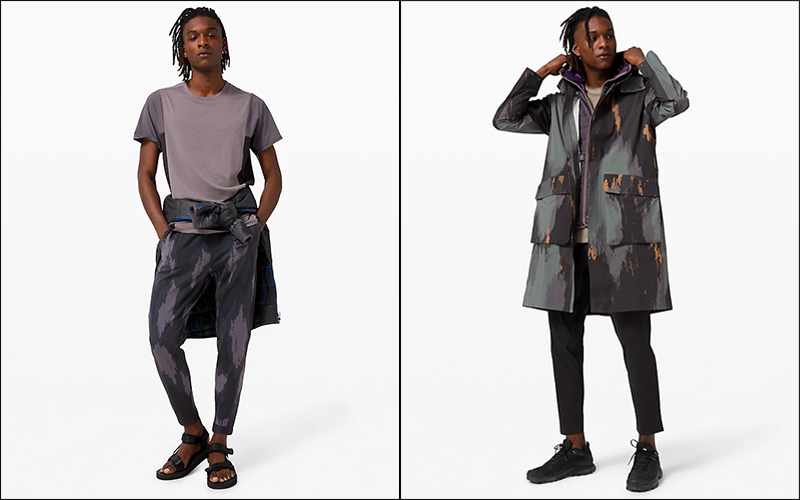 Courtesy of lululemon
Buy: Take The Moment Jogger $158.00
Buy It

“Robby has been an influential force in men’s fashion for many years, thanks to the distinctive style, detail and colour he brings to every garment and collection,” says lululemon Senior Vice President of Design and Concepts Ben Stubbington in an interview with SPY. “Robert’s active lifestyle and deep-rooted personal values inspired this collaboration and gave us the runway to seamlessly blend lululemon’s technical performance fabrics and attention to functionality with Robby’s signature attitude.”

That partnership results in handsome combinations of purple and gold, black and tan, as well as stripes and camo-inspired prints.

“The collection mirrors Robby’s international movements between the city and the natural landscape, and brings to life the idea that when clothing performs,” says Stubbington. “It takes up less headspace in our lives, giving us time back to focus on what truly matters.” For this collaboration, the starting point was figuring out what a four-day period for Geller would typically look like. If you’re running around from task to task, you’d want a pair of pants that could travel well. Going to a fitness class, you’d want a set of really striking gym clothes. And after you’re done with your reps, you’d want an equally as slick hoodie to slip into. Stubbington explains that most of the collection has a secondary function behind it. “We are really interested in clothes that have a dual purpose,” says Stubbington. “You can pack lighter and travel in style without sacrificing comfort.”

Perhaps the best realization of this thought process is the Take-The-Moment 3-in-1-Parka. An inherently technical piece, the parka looks and feels great. The seam-sealed shell provides sturdy and dependable waterproofing, while also helping to cut down on wind resistance. Additionally, it’s lined with a striking hooded purple down vest. Completely removable, the vest can be taken out if it gets too warm, or kept in if it’s cold outside. It’s a fully transitional layer — and one that reflects that duality Stubbington loves. 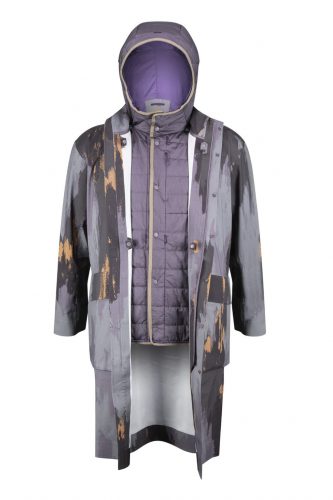 But other pieces reflect this, too. Stubbington himself is a fan of the Take the Moment Jacket, Shirt, and Pant. Together, they form as Stubbington says, a “really modern, great looking suit” that’s still highly functional. Traditional suiting can be quick to wrinkle or heavy to pack, but Geller’s athleisure set is lightweight and technical, while also managing to look stylish as hell. 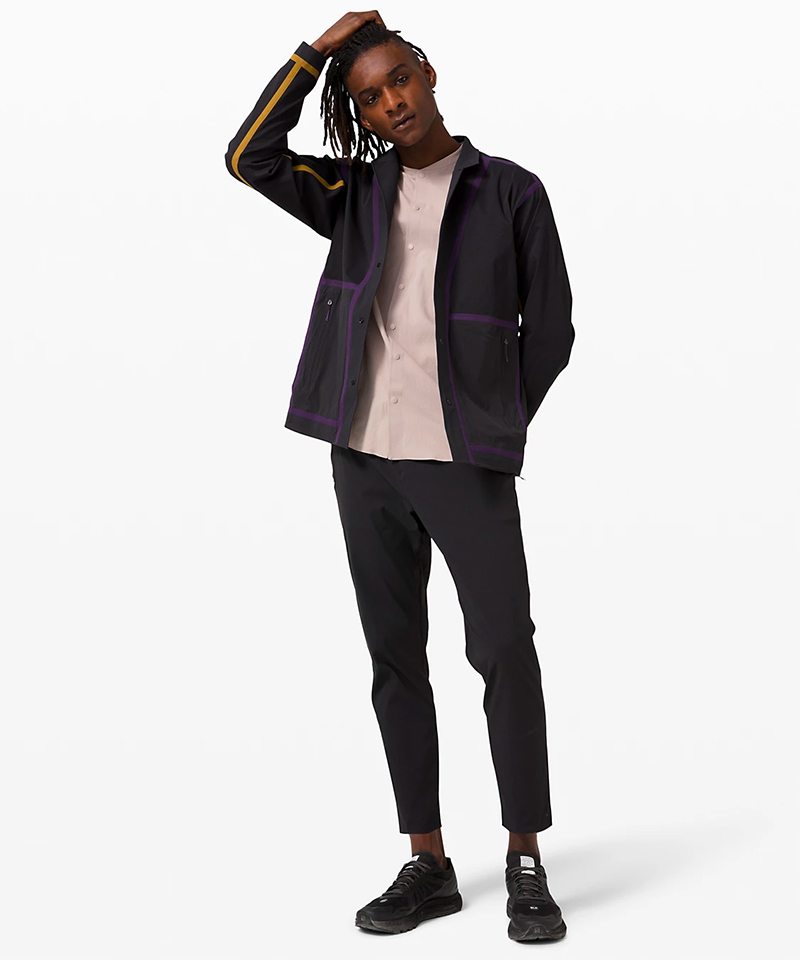 We spend our lives in constant motion. Our clothes shouldn’t hold us back; they should let us move freely through space. And if you can look damn good while you do it, that’s an added bonus. That’s something lululemon and Robert Geller inherently understand. They’re two great looks that are even better together.

The lululemon x Robert Geller collaboration is available now. You can check out the entire Take the Moment line at the lululemon online store.