Fans of the Kingsman franchise know that “Manners Maketh the Man,” and that in the right hands, umbrellas can be deadly weapons. And, of course, everyone knows that gentleman spies only wear the finest clothing. The first Kingsman movies starred Colin Firth and Taron Egerton as British spies tasked with saving the world in the most British ways possible, and the third film in the franchise, a prequel titled The King’s Man, is coming soon to theaters.

As Vaugh explained in a press release, “Classic tailoring is hard to beat and we wanted to illustrate that no matter what decade you are in, if you step into Kingsman, you will come out looking great… We embraced the time-honored materials and heavier weaves of the era, which often hang so much better than modern fabrics.”

While Hollywood-inspired capsule collections can be very hit or miss, we are absolutely recommending that all men’s formalwear enthusiasts check out the new Kingsman clothing line before it sells out. The Mr. Porter x Kingsman collection is full of dress shirts, blazers, waistcoats, trousers and accessories that have a timeless yet modern style. 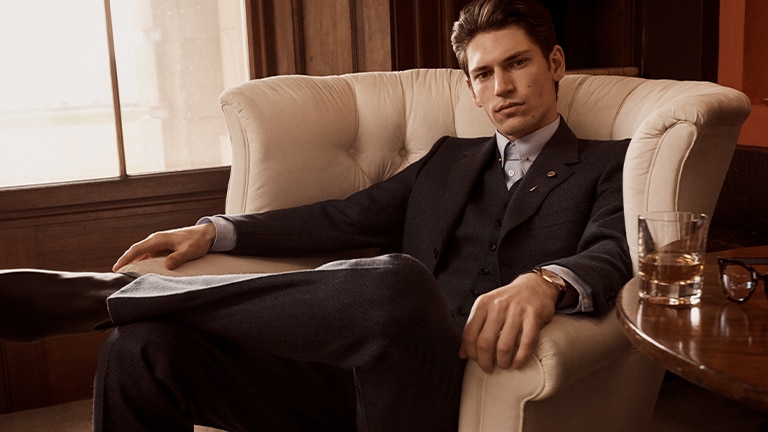 Michele Clapton, The King’s Man Costume Designer, concurred with Vaughn on the wearability of these designs. “In working on the Kingsman collection with Matthew and the MR PORTER team, I had to take into account the wear-ability of the collection, and the end result of the MR PORTER Kingsman customer with each creative decision,” she said in a recent press release. “We had to ask ourselves, would someone today wear this striped suit or this military-inspired jacket? What may work well on screen might not wholly work on MR PORTER, so it was a process to unite both objectives. We discovered to our surprise that with just a few tweaks of classic shapes and styles from the early 20th Century, you could create something quite timeless and modern.”

One can be completely “suited and booted” via this collection, enabling one to be a candidate for the “independent intelligence agency.” (Or, at least, dress like one.) There are 170 pieces in the Mr Porter x Kingsman collection, which range from the aforementioned umbrellas to eyewear, knitwear, outerwear and even the limited edition Jaeger-LeCoultre Master Ultra Thin Kingsman Knife Watch. (More on that, below.) 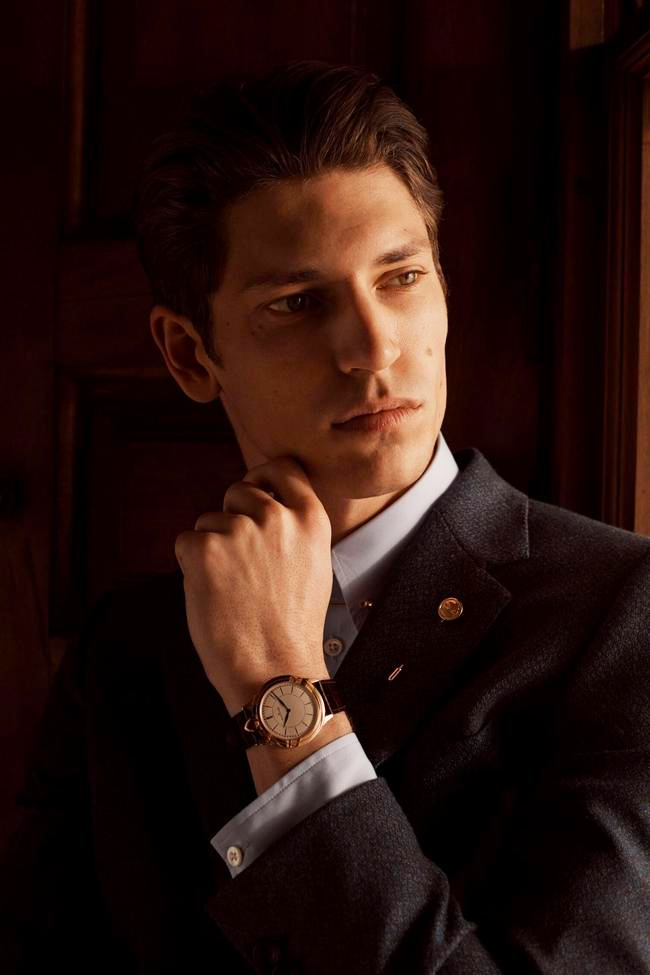 In addition to Kingsman’s own line of apparel, the other brands included in the collection read like a who’s who of British tailoring. Partner brands include Turnbull & Asser, Corgi, George Cleverley, Drake’s, Deakin & Francis, Smythson of Bond Street, William Lockie, Lock & Co., Higgs & Crick, London Undercover and Montblanc pens.  Not only will you see clothing and accessories inspired by the upcoming film, but there are also pieces that have been inspired by the previous two movies.

The collection includes exclusive styles that are worth the splurge, like this velvet tuxedo jacket, available only at Mr Porter. 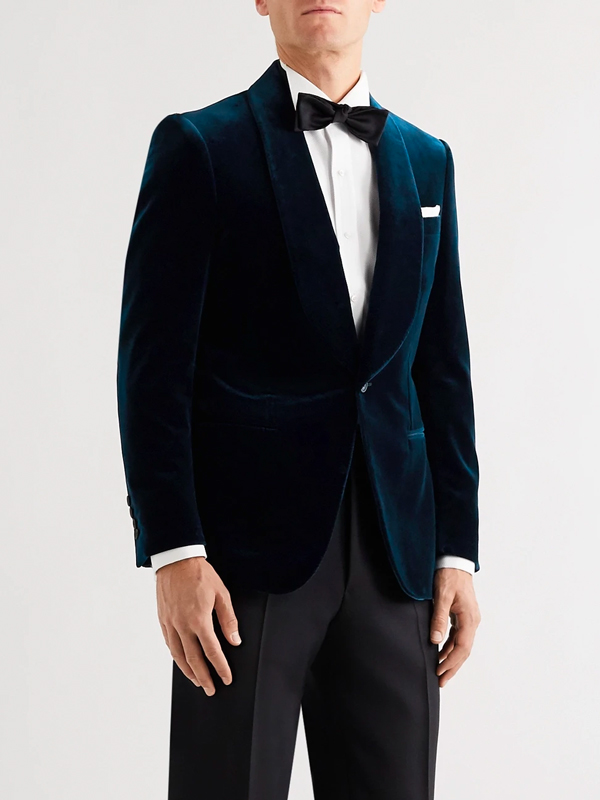 Then there’s this handsome wool and cashmere cable-knit sweater, one of our favorite pieces in the entire collection. 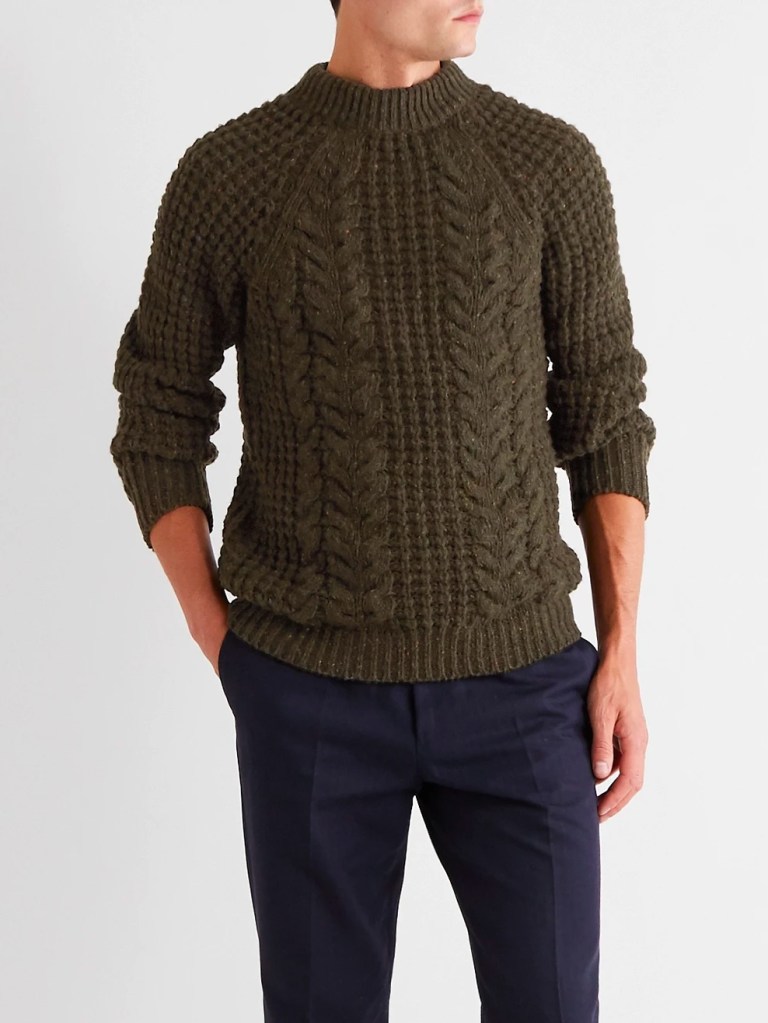 Fans of the franchise should look for items named after characters like Eggsy, Harry and Merlin. A second collection will drop exclusively at Mr Porter when the film has its theatrical release (we hope) on February 26, 2021.

While British Bespoke tailoring is known for its suiting, there are a wealth of casual wear items to indulge in as well, like this pique polo shirt and hoodie outfit: 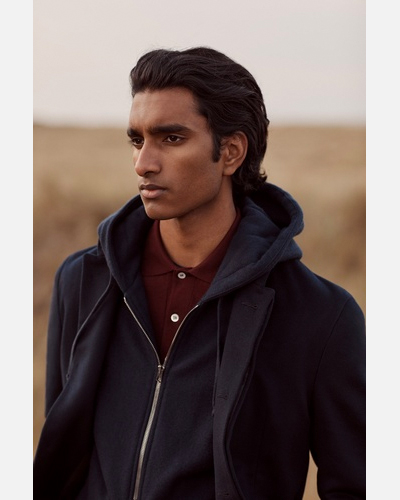 The Mr Porter Kingsman Collection also has the perfect sporty look for a gentleman of leisure dressing for a weekend in the country, like the outfit below. 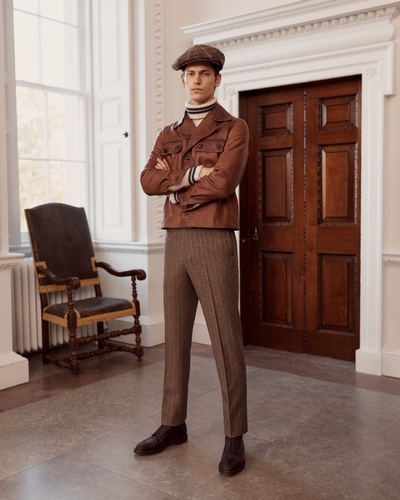 Or you can recreate the stylings of this dashing duo: 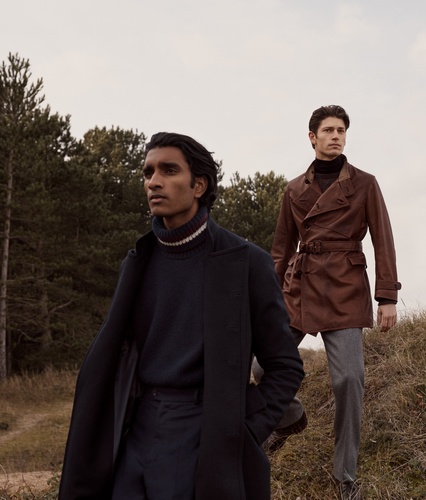 Of course, the true standouts from this collection are the sartorial stylings. If you’re looking for sophisticated men’s formalwear with just the right amount of personality, then this collection is a dream come true. 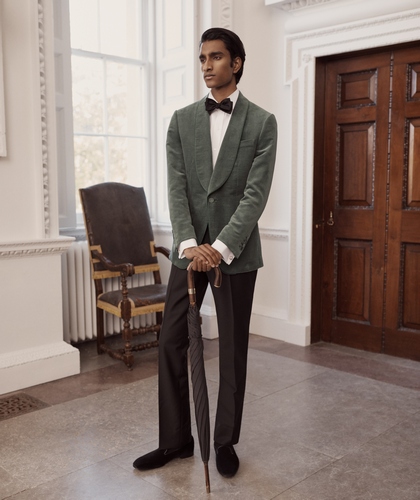 While we’re in love with the collection’s tuxedos and suits, the highlight of the collection might just be the accessories. Every gentleman and secret agent needs a signet ring, so why not wear a true Kingsman signet ring? Created by Deakin & Francis, this gold-plated over sterling silver signet ring is emblazed with the Kingsman “K” on the front. 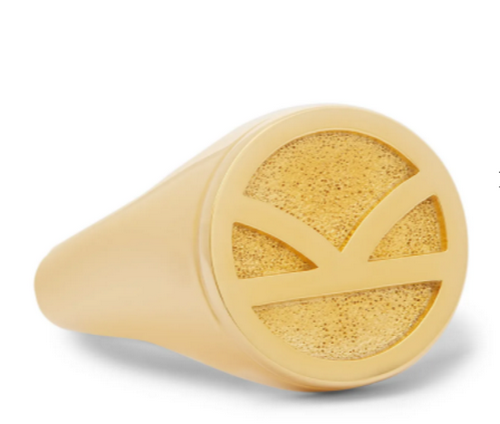 The true prize of the Mr Porter Kingsman collection is this luxury timepiece, which has to be seen to be believed. This limited edition Jaeger-LeCoultre Master Ultra Thin Kingsman Knife Watch is made from 18-Karat Rose Gold and alligator leather. If you have $30,000 to spare, you’ll want to snatch up this timepiece. 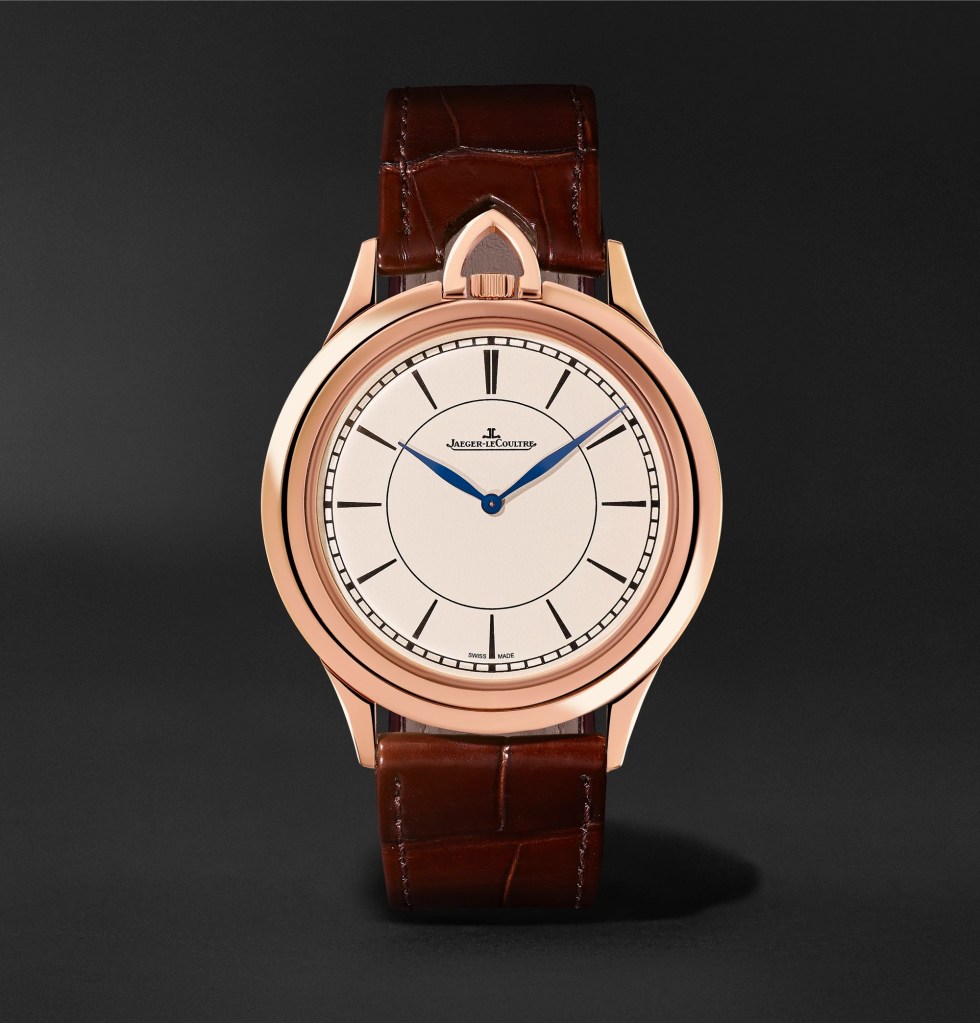 Of course, if you care more about the Kingsman movies than you do about luxury timepieces, then save your $30,000 and invest in the most iconic accessory from the film franchise instead. After all, a gentleman never forgets his umbrella. 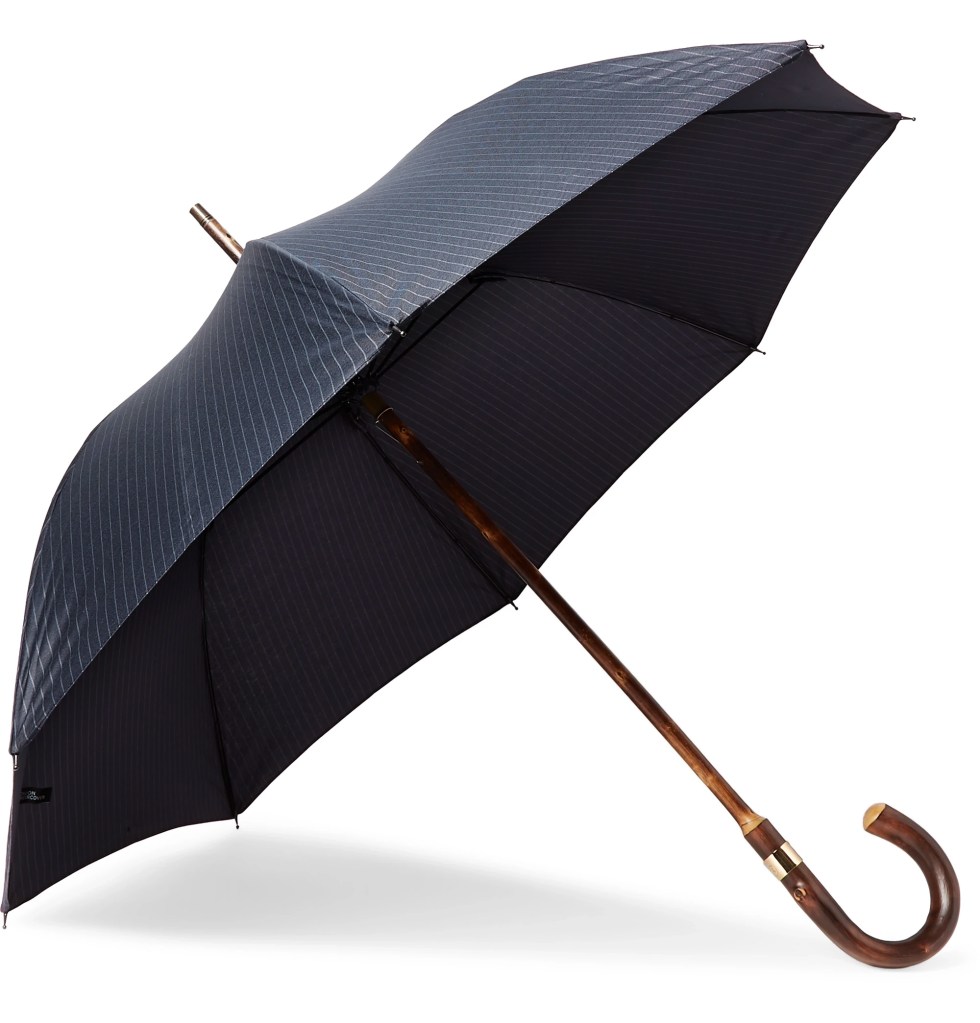 The entire collection is available now for purchase, to view it in its entirety, head on over to Mr Porter. And as a final bit of Kingsman trivia, the Kingsman Savile Row store is based on an actual place —Savile Row’s Huntsman Bespoke Tailoring.

The 20 Best Men’s Watches For Every Budget and Style