* PRPS Barracuda jeans with caked-on “mud”
* Now you can get the matching jacket
* Dirty Jobs host, Mike Rowe, calls out Nordstrom for selling them

Not since The Dress has a country been so united and yet so torn at the same time over an item of clothing. If you’ve been anywhere near a television set or social media this week, you will have heard about the “Mud Jeans” that Nordstrom is selling for $425.

Though the jeans have been on sale for awhile now, they came to prominence after a Facebook post from Dirty Jobs host, Mike Rowe, who took issue with a fashion brand using the “illusion” of hard work (and dirty work) to sell product. 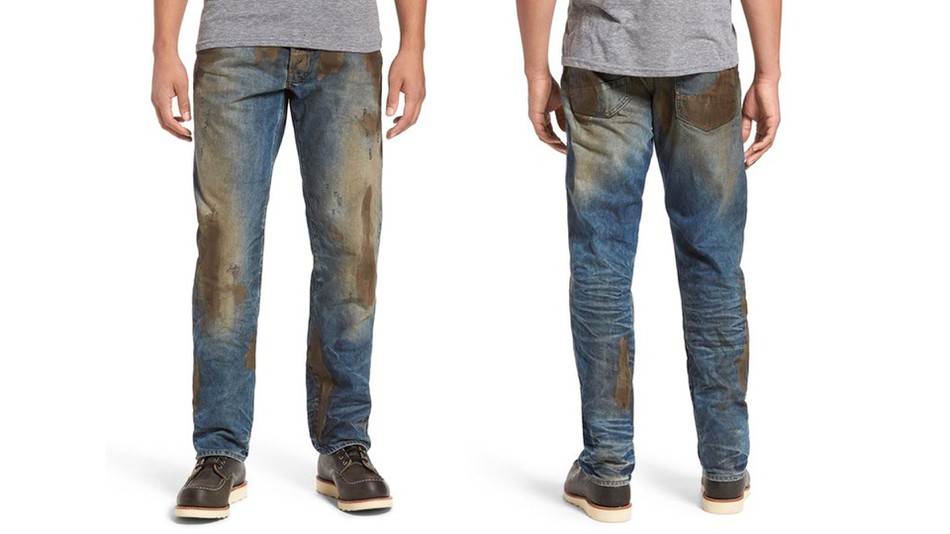 The jeans, from fine denim purveyors, PRPS, are actually incredibly well-constructed, spun from heavy denim and Made in Portugal, with a classic straight fit. The controversy revolves around the heavily distressed finish, which comes complete with fake “caked-on” mud. In describing the jeans, Nordstrom says it’s paying tribute to American workers and that the “crackled, caked-on muddy coating shows that you’re not afraid to get down and dirty.”

Rowe says Nordstrom is making a dangerous choice, by valuing sales over authenticity. “Forget the jeans themselves for a moment, and their price, and look again at the actual description,” he begins. “‘Rugged Americana’ is now synonymous with a ‘caked-on, muddy coating.’ Not real mud. Fake mud. Something to foster the illusion of work. The illusion of effort.”

Rowe concludes by calling the jeans “a costume for wealthy people who see work as ironic — not iconic.” 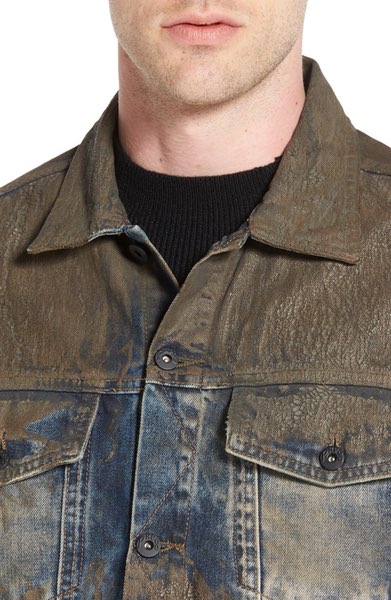 Still, the “mud jeans” are only one part of Nordstrom’s murky offerings. The retailer is also selling a Mud Jacket, complete with deep distressing, bleached out stains and caked-on, baked-in muddy smears. Also made by PRPS, Nordstrom says this matching jacket will “give you permission to get down and dirty, from rodeo to grungy rock show.” As with the jeans, this jacket also retails for $425.

If you’re curious about checking out the jacket and jeans for yourself, they’re available now at Nordstrom. Perhaps unsurprisingly, all sizes are still available, from small to XL in the jean jacket, and 29-42 waist size in the jeans. Still, it’s worth noting that PRPS is known for their distressed and “beat up” denim, which is a huge trend in Japan that has carried over to the U.S. and other parts of the world as well.

In other words, while you may turn up your nose as these dirt-covered pieces, there’s a whole group of consumers out there who are more than happy to pay the steep price just to own a piece of the action.