You already love Nike’s Flyknit sneakers (and we do too). But now Nike is taking it a step further (pun intended) with the release of its Epic React Flyknit Running Shoe.

It’s probably the company’s biggest innovation since Flyknit, and the sneakers were so popular, they sold out immediately when they were first released. Fortunately for you: the Epic Flyknit has just been re-stocked. They’re selling for $150 and multiple colors and sizes are still available as of this writing. Here’s how to get it: 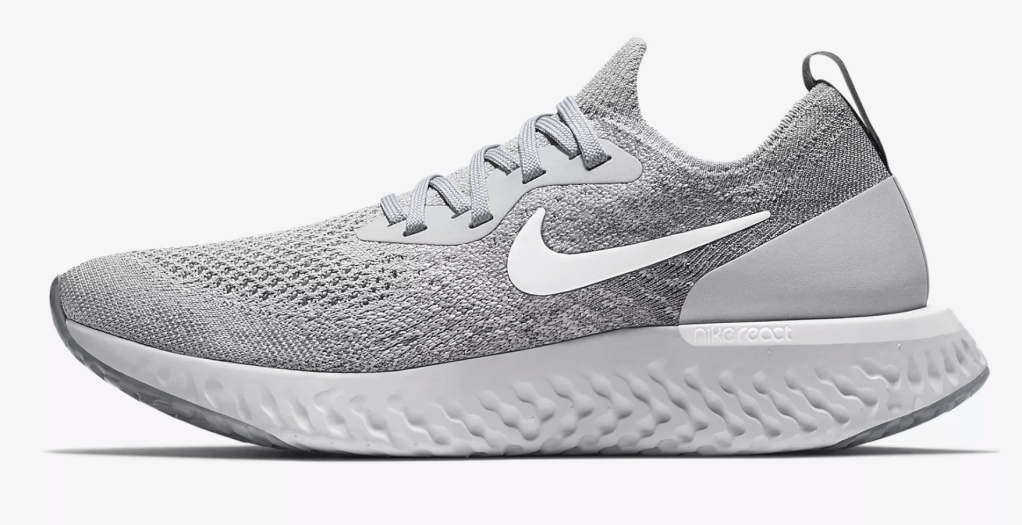 According to Nike, the Epic React is:
• Lighter: Nike Epic React is 5% lighter than the LunarEpic Low Flyknit 2- making it one of the lightest cushioned shoes you can buy
• More Durable: Nike gave testers React shoes that had been worn for at least 500 miles and sent them on a run. When they returned, users guessed that the shoes were worn “100 miles” at the highest and “brand new” at the lowest. The average was around 15 miles.
• Softer with More Energy Return: Epic React is 11% softer than the Nike LunarEpic Low FLyknit 2, with a foam that is 13% bouncier.

Nike is expecting a 100% sell through on most styles so we highly encourage you to shop quickly to make sure your size is in stock.