* The CP3.X AE marks Chris Paul’s 10th signature sneaker with Nike
* Built for the player who needs a little extra support to up their game
* Available in three colorways, including a Clippers version

After six seasons with the Los Angeles Clippers, Chris Paul was recently traded to the Houston Rockets for seven players, a future first round pick and some cash. To call it a whopper of a trade would be an understatement. What isn’t an understatement, however, is Paul’s talents and ability, which garnered the point guard a sneaker deal with Nike’s Jordan Brand back in 2006. 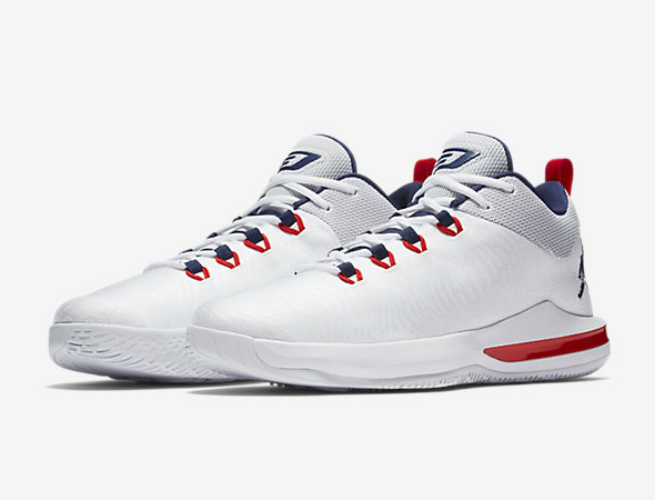 That brings us to today and Paul’s 10th signature sneaker, the Jordan CP3.X AE. It may not be the flashiest of basketball sneakers under the Jordan umbrella, but not every player requires such an in-your-face model, and this one packs every bit of innovation and know-how as the rest.

With nine models behind them, Paul and Jordan Brand looked to do something a bit different with the milestone model. Focused on “lockdown” and directional support to aid the Rockets’ new point guard, the CP3.X AE features a dual pulley system that integrates Nike’s Dynamic Flywire tech to keep your foot secure at the top and on the sides at the same time.

Even cooler is the use of Flyweave on the upper, which gives the shoe a broken in feel, as well as fewer seams and layers, easing the stress on your feet when you ball. There’s even a bit of extra rubber on the medial side (your big toe side or inside of the foot) that Nike says provides added traction, durability and “more support for a quicker change in direction.”

Although he’s no longer a Clipper, you can still grab Chris Paul’s signature Jordan CP3.X AE in black and white, silver and gold and even Clippers’ white, red and blue. Grab this collector’s piece before CP3 hits the court for Houston this fall.