This past year, sock sneakers have become one of the biggest trends in footwear. Now, Nike has launched a performance sneaker designed with the on-trend sock look. Find out more from Footwear News and shop the new styles below:

From FN:
Socklike sneakers have been one of athletic footwear’s biggest trends in recent years, but few performance shoes have managed to achieve a full sock construction. That’s about to be old news thanks to the designers at Nike, who have pushed the sock sneaker to unforeseen heights with the newly released NikeLab Veil runner. 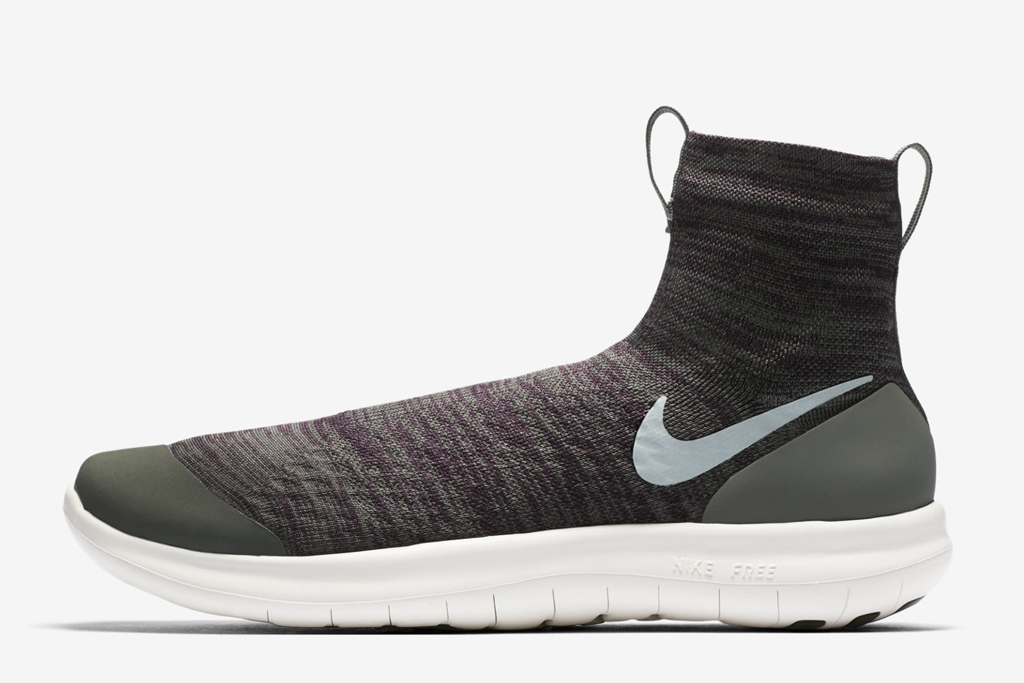 The limited-edition model is offered in three unisex styles: two Gyakusou colorways in “Black/Sail” and “Port Wine/Sail/River Rock” ($200) and a standard all-black variation ($180). “[Nike has] offered a number of shoes in the past that included ‘sock’ in the name, but they were all sock-inspired and still featured traditional shoe construction,” Kim wrote on Instagram, explaining that the underfoot strobel was the element keeping many of the brand’s designs from achieving a full-on sock build. However, with the NikeLab Veil, the brand was able to remove the strobel completely, bringing the wearer’s foot closer to the brand’s flexible Free sole tooling than ever before.

Get High: The 8 Best Nike High-Tops You Can Buy Right Now