Nixon has been delivering stylish, affordable watches for a long time, and many of their best pieces are inspired by surf culture. So it’s no surprise that the brand recognizes the importance of the ocean. That’s where the Light-Wave watch comes in, a new timepiece from the California brand which utilizes recycled plastic from the ocean. Both the injection-molded case and the fabric strap are made using ocean plastic.

In addition to the recycled plastic build, this quartz men’s watch also utilizes a solar-powered rechargeable battery. What that translates to is fewer trips to the watch repair shop to get the battery replaced. It also means less electronic waste from disposable batteries.

As for the technical specs, this watch has 100 Meter/10 ATM water resistance, which makes it good for snorkeling, swimming and other underwater activities, though it’s not quite a dive watch. That means that you can keep it on for a casual day at the beach or for some surfing, but not if you’re looking for Atlantis. 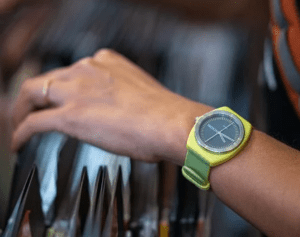 Of course, none of these sustainable efforts would make a difference if the watch didn’t look good. Fortunately, the Light-Wave has a simple look with a distinct shape, making it a great option that will suit a variety of tastes. The cushion-style watch has a circular face set in a squared-off oval-shaped case.

Rather than traditional markers at every five minutes or quarter-hour, this watch has individual indices for each minute. Another distinctive feature is the second hand, which extends across the entire diameter of the face, rather than just the radius.

The 36mm case and 20mm watch band is a nice compact size that can suit both men’s and women’s wrists. The Light-Wave is currently available in four colors — you can choose between black, green (which they call surplus), a pale blueish color (they call it gray) and a vibrant green-yellow color (citrus).

Check out the watches below. 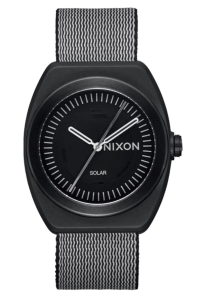 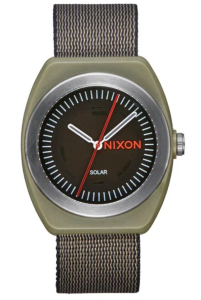 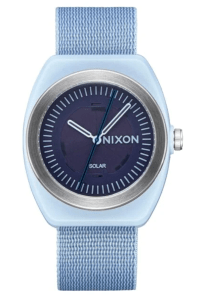 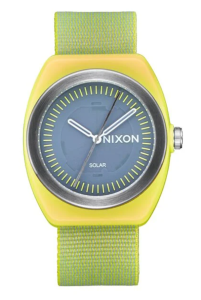 Our Favorite Citizen Watches for Men