In July, multi-hyphenate Jordan Peele graced us with Nope, his sci-fi horror film starring Daniel Kaluuya and Keke Palmer. The film largely centers on a horse ranch in California, where the animals are trained for television and movies. Like all of Peele’s films, Nope is as cerebral as it is visually stunning, and that’s largely thanks to Emmy-nominated costume designer Alex Bovaird.

Like Peele’s vision, Bovaird’s is influenced by intense research. To help merge the worlds of yeehaw fashion and the significance of Black culture, she spent time with the Compton Cowboys, a group of ranchers whose distinctive style heavily influenced the film’s aesthetics.

We sat down with Bovaird, who gave us all the details on how the film’s costuming came to be, what it was like to work with Jordan Peele, and how you can pull off the instantly iconic style showcased in the film.

What were your first impressions of the script?

Alex Bovaird: With Nope, there were these very specific worlds. So you have an African American family living on a horse ranch, but there was a whole ’90s sitcom world with the studio audience and other sitcoms that got cut. Then you had this whole scenario where we made a theme park. It’s quite a brief amount of time you spend there, but there’s a lot of costumes in that there’s the staff, and there’s all the re-enactors and how to make that kind of twee but slightly sad. So I was thinking about how to create that world.

Nope combines two stereotypically white genres: horror and western. The whole aesthetic of yeehaw fashion being adapted for a Black cast is so cool.

It’s really subversive to play with those tropes. There’s this group of guys called the Compton Cowboys. They’re really amazing. And they’re this collection of guys who have a ranch in Compton, and they do great things there. It’s a really sort of altruistic outfit, and they teach kids how to ride, and it’s like equine therapy, but also teaching kids how to be disciplined and look after the horses and all this wonderful stuff.

They have this badass way of dressing that is super subversive; they don’t even ride on saddles, sometimes they don’t even ride with boots, and they’re just sitting on their horses with a cowboy hat and sweatpants. We didn’t go quite that far, but we riffed on it. So [Daniel Kaluuya] wears Wranglers. He has cowboy boots, but he wears baggy T-shirts. And he does not wear a cowboy hat. He wears trucker hats, and he wears a lot of hyper-specific swag as well. He has all this stuff with logos on it from some of the vendors he works with, or he also wears a big Air Jordan T-shirt. And he wears bright colors, and he doesn’t wear snap-front shirts. So kind of just mixing it up, so he’s somewhere between a typical cowboy and these Compton cowboy guys.

Did you interact directly with the Compton Cowboys?

Yeah, I talked to them. I got a book from them. I visited them. I went to a lecture that the guy did at the library. That’s a fun part of my job, just getting into the worlds.

Were there other historical or cultural reference points that you used?

I looked at the history of Americana through clothing. We played with another subversion, which was these country music icons, who, you know, they’re all white. And so putting that onto [Steven Yeun], and he has a little theme park that’s based on our idea of the Old West, which is also very whitewashed. There’s a big scene where he’s putting on a show, so that seemed like a good place to play with those more spangly versions of cowboys. He wears a bright red suit with lots of embroidery on it, sort of giving Elvis a run for his money.

Is there anything in particular that makes costuming for horror different?

Jordan and I are the same age, so we have a lot of the same references and same loves. I think one of the reasons I love my job is I just love movies more than I love clothes, really. And so we looked at the iconography of the horror movies of the ’80s, like Freddy Krueger and Halloween movies. We looked at those ’80s movies but also included things like The Goonies and Back to the Future.

There’s sort of adventure movies. The idea was to make a blockbuster because Jordan has got a lot to say but also wants people to be able to enjoy it just as sort of good-guys-bad-guys adventure movie. And so we loved how Michael J. Fox in Back to the Future or the kids in The Goonies had these colorful, strong looks. We did try to create these more action hero-type looks; they were real, but they were also strong.

He’s not somebody who just lets you get on with it — he wants the constant back and forth. It’s an ongoing discussion. I’ll show him things, and it’s never a done deal. It’s like, how can we keep thinking about this? And how can we improve upon it?

There are little secret Easter egg references on a lot of the clothes. Nothing is a throwaway; I think he wants the costumes to be part of the storytelling. He’s kind of painting with all the clothes, so he’s definitely thinking about them a lot.

Can you tell us more about the Easter eggs?

Some of them are obvious when you look. On one suit, we embroidered little alien heads on the sleeve. And they’re in the shape of the alien head costume the little kids run around in. There’s a chimp in the movie called Gordy. And he’s wearing a yellow sweatshirt, and on the sweatshirt are three stripes that is inspired by what a character in The Goonies wears. A lot of it also is very inside baseball because he’s an animal wrangler for Hollywood productions. So he wears a Mario’s catering T-shirt, which is like the catering company that is everyone’s favorite out here. He wears a Haddad’s sweatshirt, which is the truck company that provides all the trailers. He wears a Killer Grip T-shirt. And that’s the name of a grip company. With a fictitious production on the back, but it’s a real company.

When you work on movies, everyone gives out T-shirts at the end. It’s become like a thing; it used to just be that the production would give you one, and now like grips or camera departments will give out their own T-shirt as well. So there’s a lot of specific things that people wear that I don’t know if people notice.

But everyone who works in that industry behind the scenes will notice, and that’s really such a beautiful thing too.

Yeah, it’s a bit of a love letter to filmmaking. I mean, it’s a lot of things, but it definitely has that reverence for film.

Do you have any advice for readers looking to pull off the Compton Cowboy/Black yeehaw aesthetic that makes this film so unique?

You want to find your go-to Western store, a boutique that sells cowboy boots and such. Or you can go to Tractor Supply. There’s a company called H Bar C, which is super cool — they’re repurposing vintage things like snap-front shirts. And then there’s a store in L.A. called Boot Star; they collect vintage Western. There’s this one in the valley called County General Store. And they sell the cowboy cut Wranglers, which are really cool. I think the ’70s are coming back into fashion with those high-waisted Wrangler cowboy jeans — I dare guys to go wear those.

Then some cool places out of Nashville that will customize your suits. There’s a company called Old Gringo that makes really good boots. It’s always good to look on eBay to see what retro stuff is around; there’s loads of shearling for winter with a Western flair, like a shearling chore coat.

I mean, if you live in the Midwest, it’s Western wares everywhere. So it’s easy to just head down to your local Boot Barn!

For fans of western wear or Jordan Peele, we’ve selected some Nope-inspired looks for you below. Whether you’re putting together a Halloween costume or just want to adopt the Yeehaw look into your own personal wardrobe, keep scrolling for some inspiration. 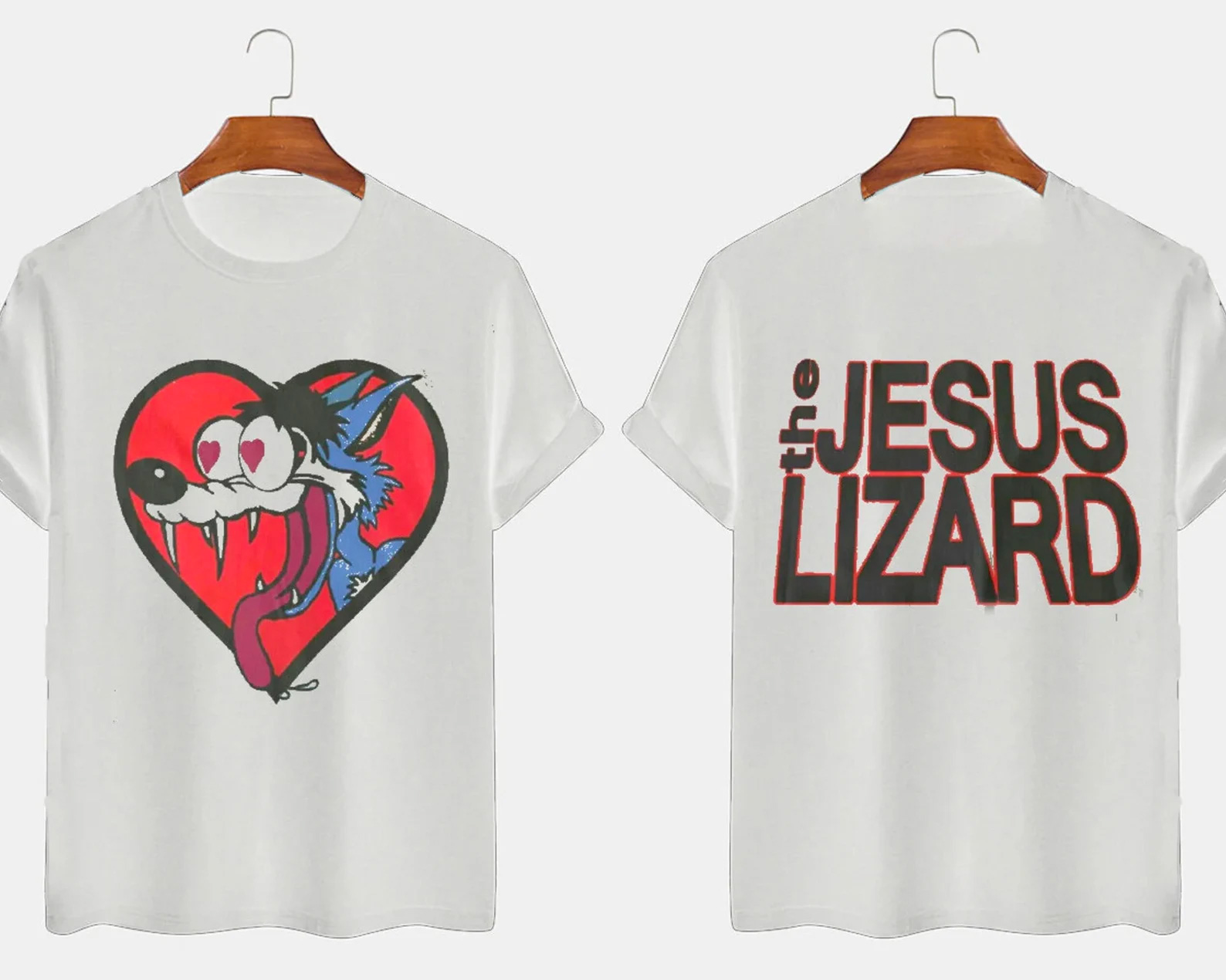 Wolf in Love T-Shirt from Etsy 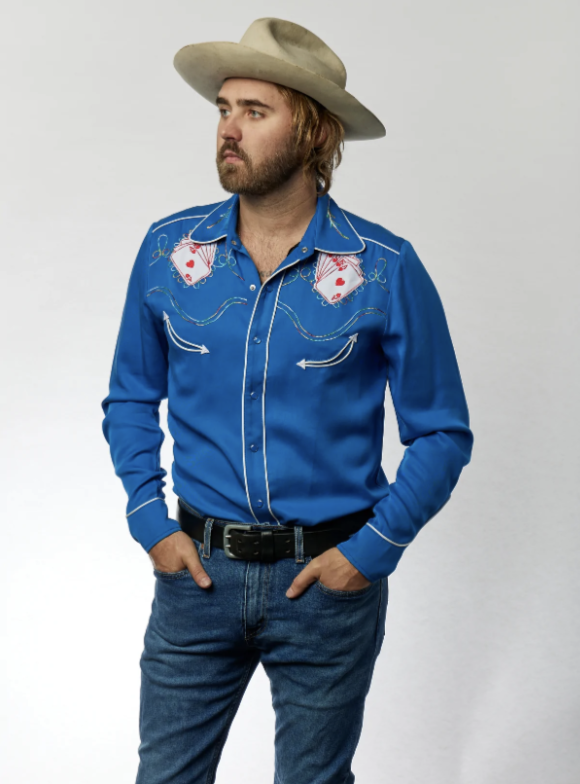 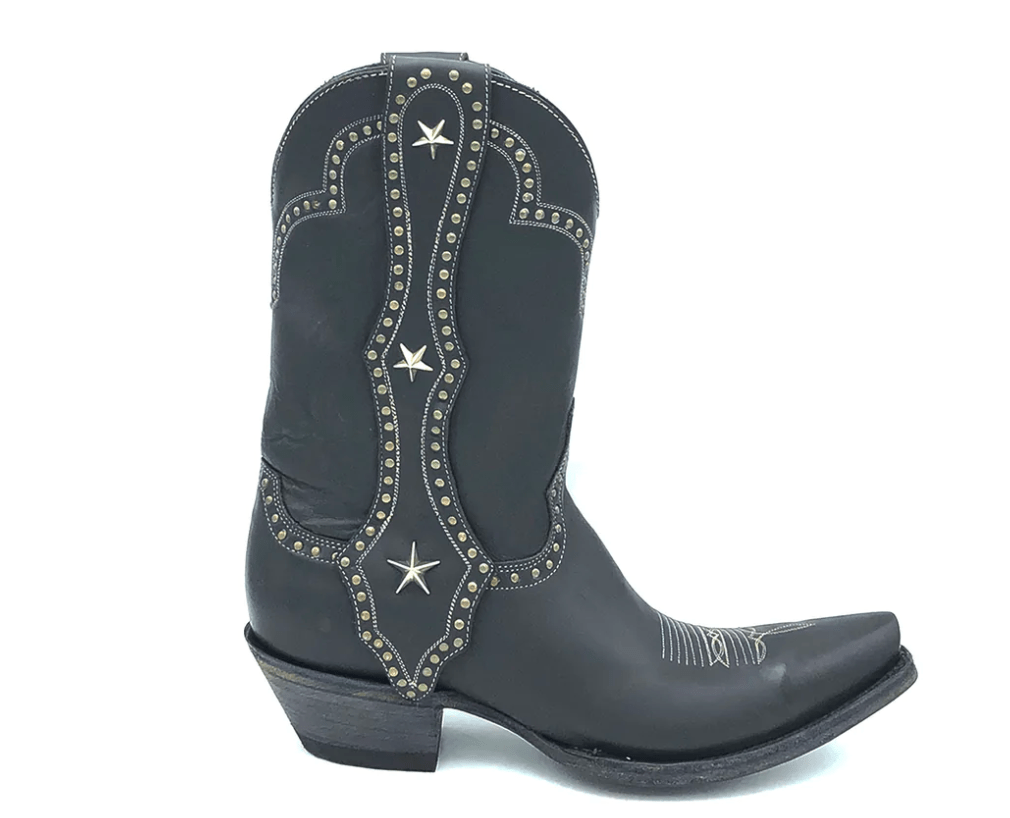 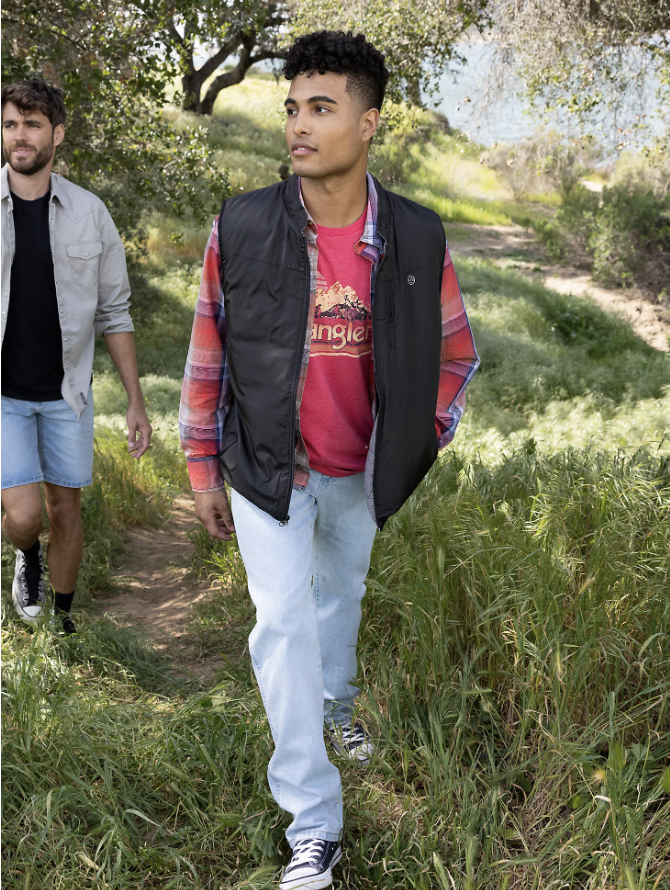 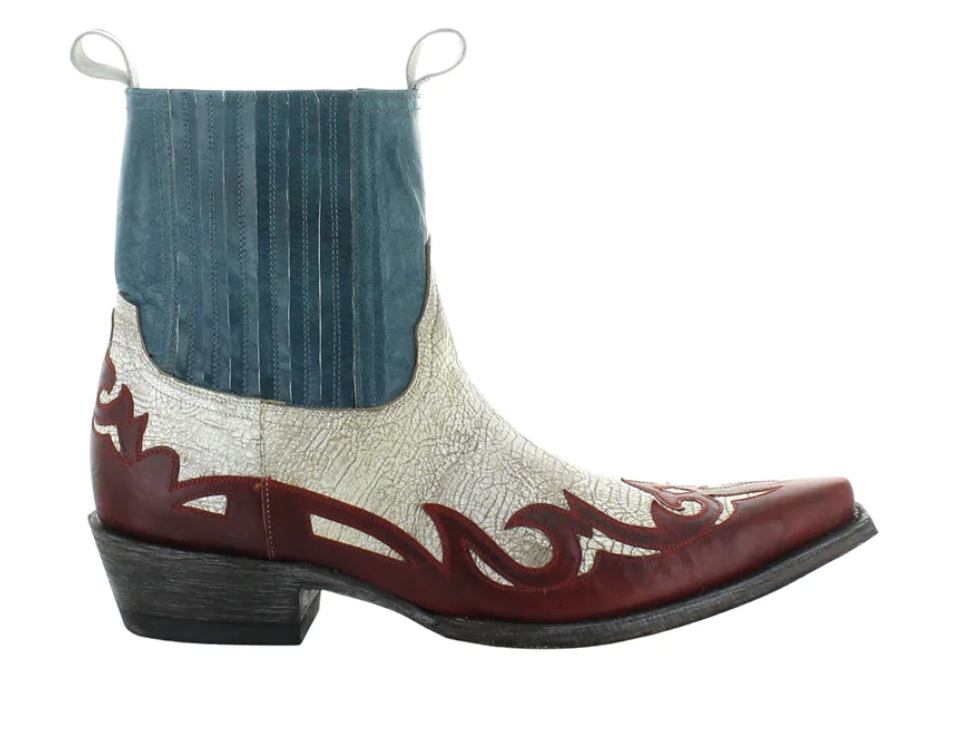 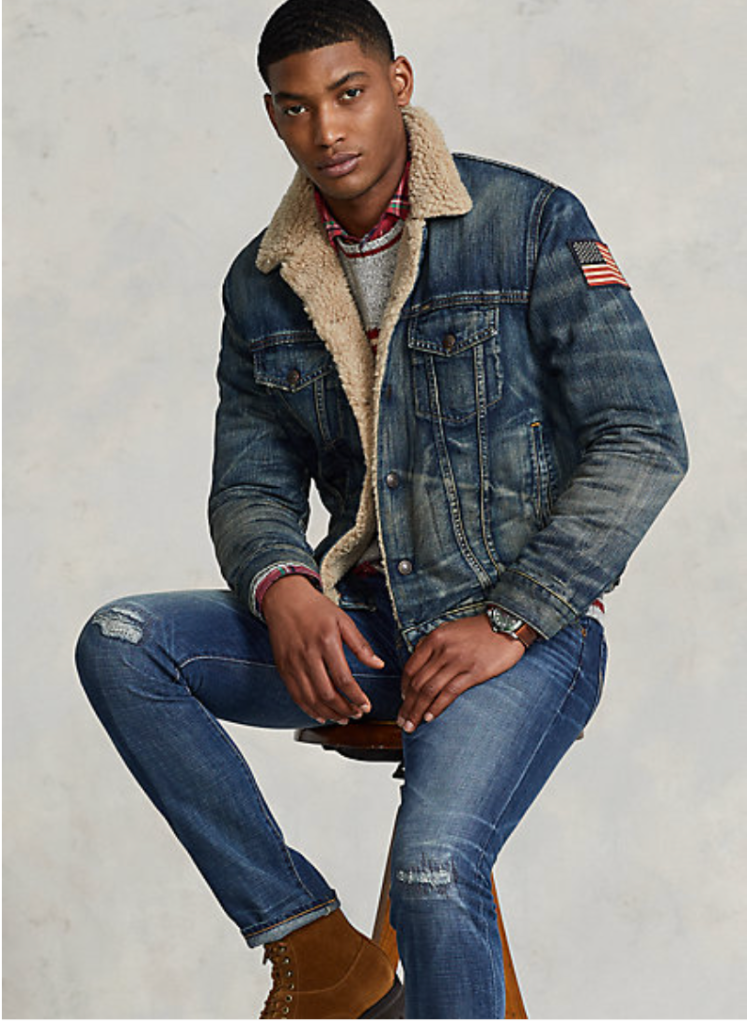 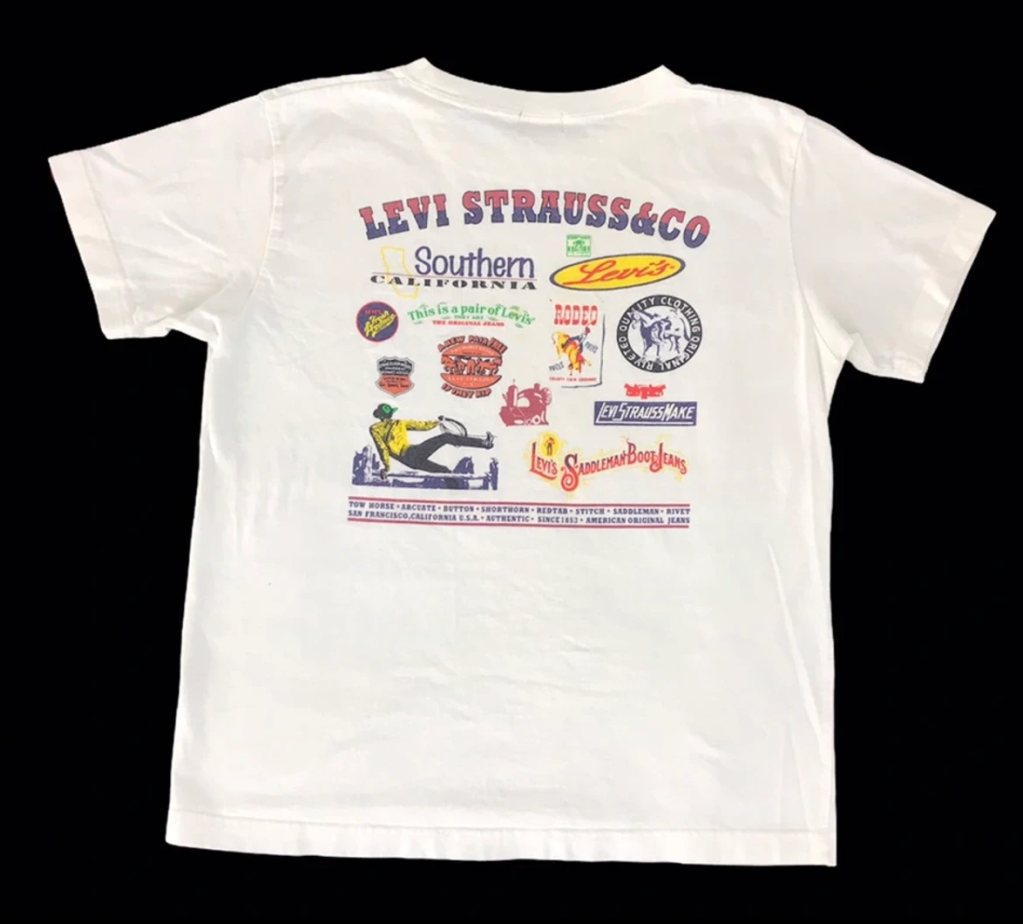 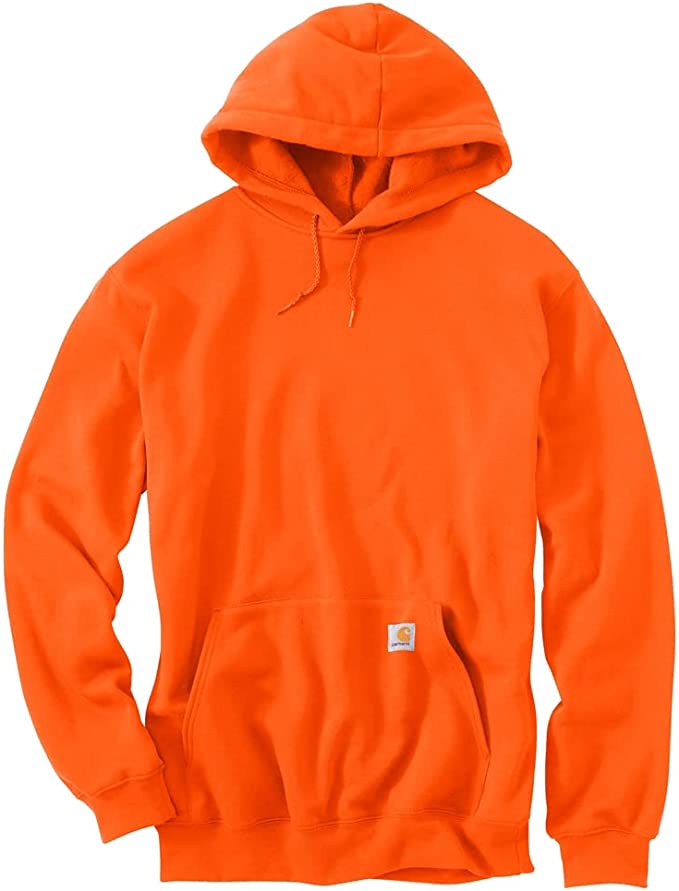 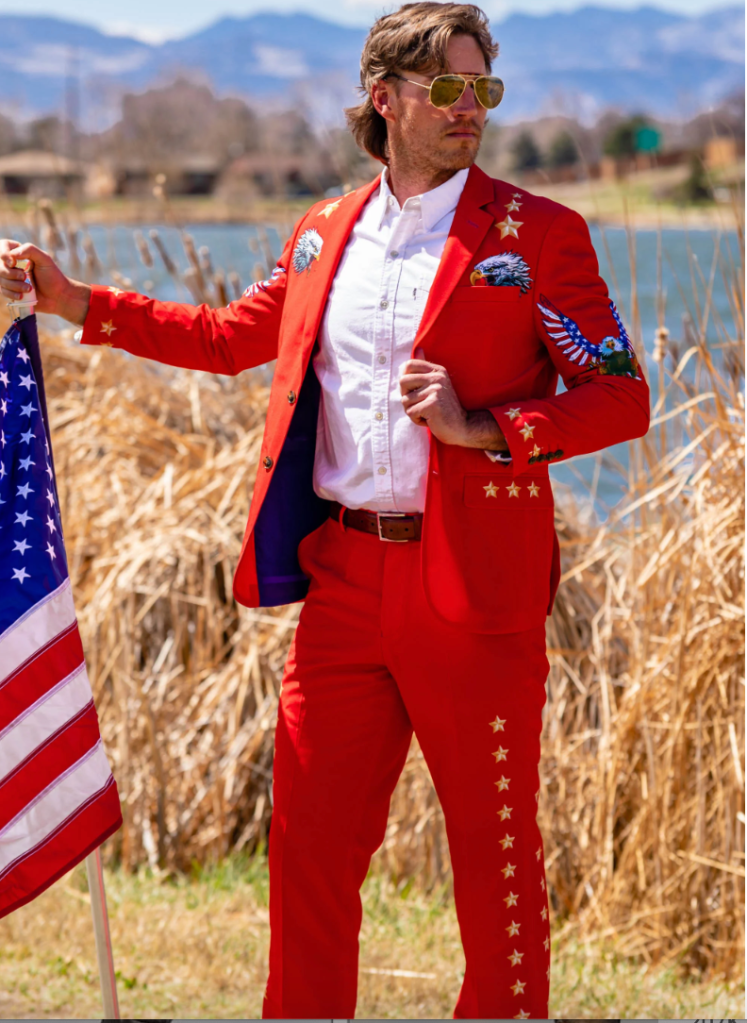