Omega’s been the official timekeeper of the Olympics since 1932, and the Tokyo Games marks the 29th time the company has been clocking world athletes as they show the world their expertise. As thrilling as it is to watch the games, the event is fleeting. In a blink of an eye, the Olympics will be over, and we’ll go back to our days. Omega’s created a way to keep the Olympic spirit alive all year long with their new Olympic Tokyo 2020 limited edition watches. The collection is comprised of the Omega Seamaster Diver 300M and the Omega Seamaster Aqua Terra chronometer watches. Unlike Olympic merch that can shrink or fall apart, Omega’s limited-edition Olympic watches will always keep their shape, look stunningly sophisticated, and appreciate in value over time. 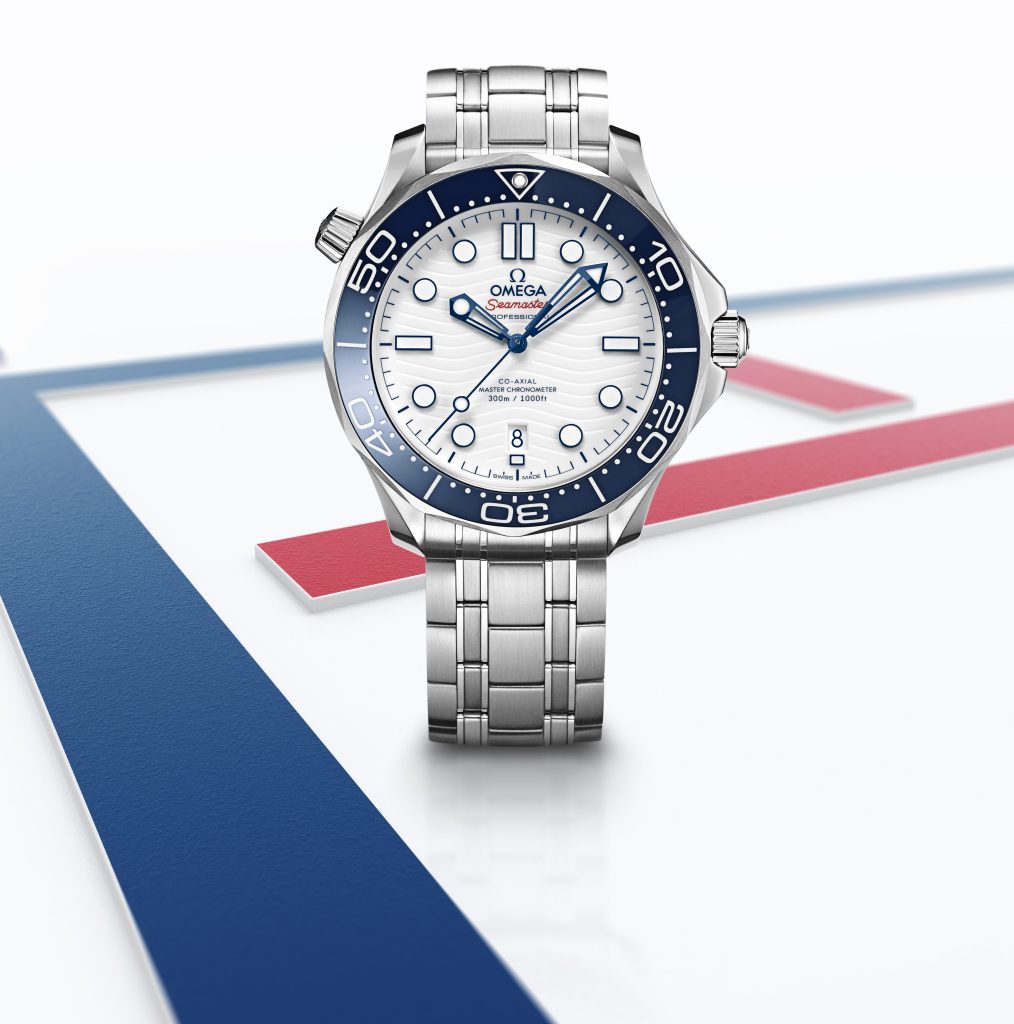 Omega’s Tokyo 2020 watches, the Seamaster Diver 300M and the Seamaster Aqua Terra, are chronometer watches. What is a chronometer? It’s a highly (understatement here) accurate watch that has passed a series of precision tests over a period of days. If after the tests, the watch tells time so precisely (accurate between +6 and -4 seconds daily), it’s then certified by the COSC as a chronometer — for people whose time really is the essence of everything. 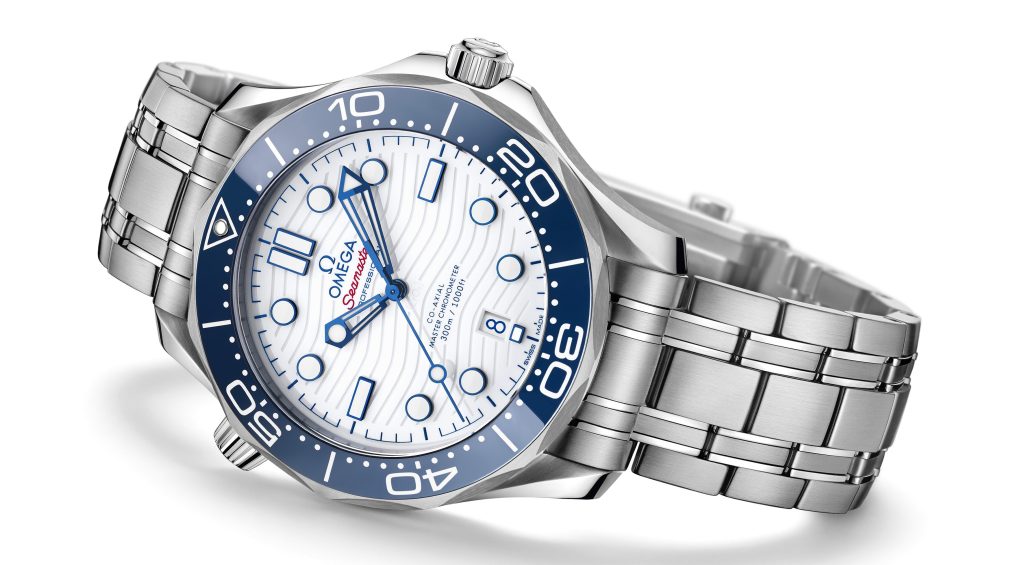 Let’s talk about the Omega Seamaster 300M. The limited-edition Co-Axial Chronometer watch that is certified by the Swiss Federal Institute of Metrology (METAS), gives off subtle Olympic vibes with its colorway that was inspired by the Tokyo 2020 emblem. There’s a rotating blue bezel, blue outlined hands, and indices that seemingly float over a ceramic dial that has laser-engraved waves. Speaking of the hands and indices, they’re filled with Super-LumiNova, making it easy to tell time under the murky depths or at night on dry land. Just under the 12 is Seamaster written in red, and by the 6 is a date complication. Flip the watch over, and you’ll see a sapphire enclosed caseback that’s highlighted with the Tokyo Games emblem. This diver watch has a 42mm case and the bracelet is made from stainless steel. It’s made to withstand salty seas and everyday bangs and bumps. 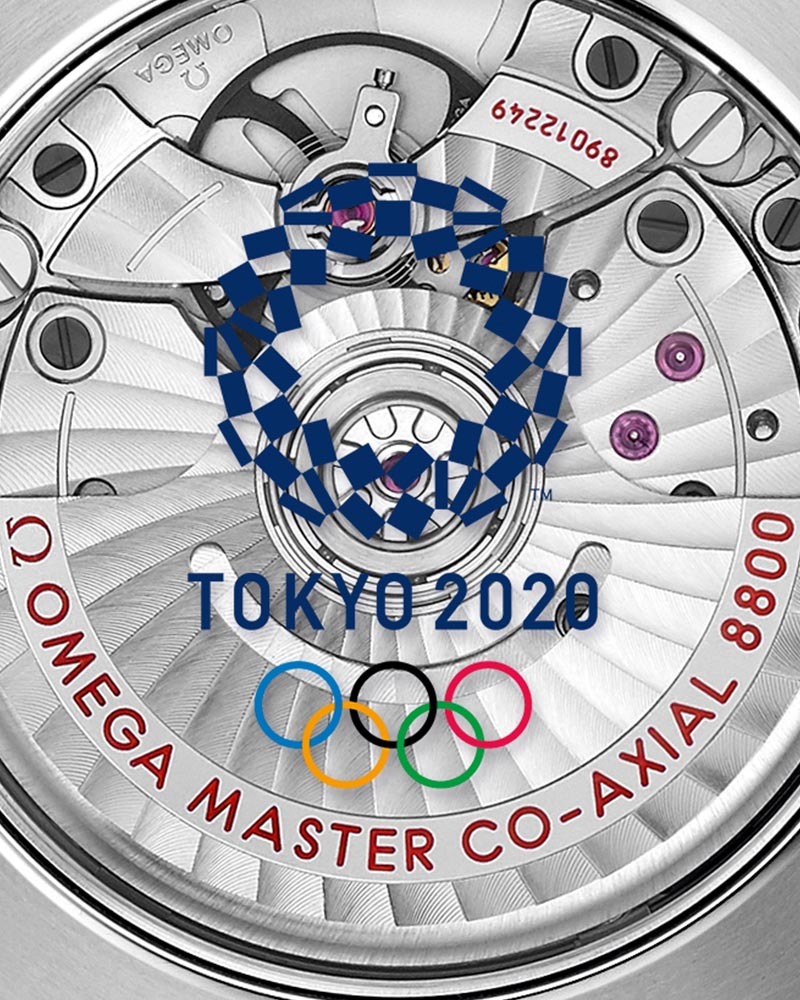 Because it is a dive watch, it has a helium escape valve should you be wearing it in a decompression chamber. It is also an automatic, or self-winding watch, anti-magnetic, and has a self-locking crown, so water could never, ever seep into the watch.

There’s a waiting list, so head on over to Omega to sign up to snatch one of these limited edition luxuries. 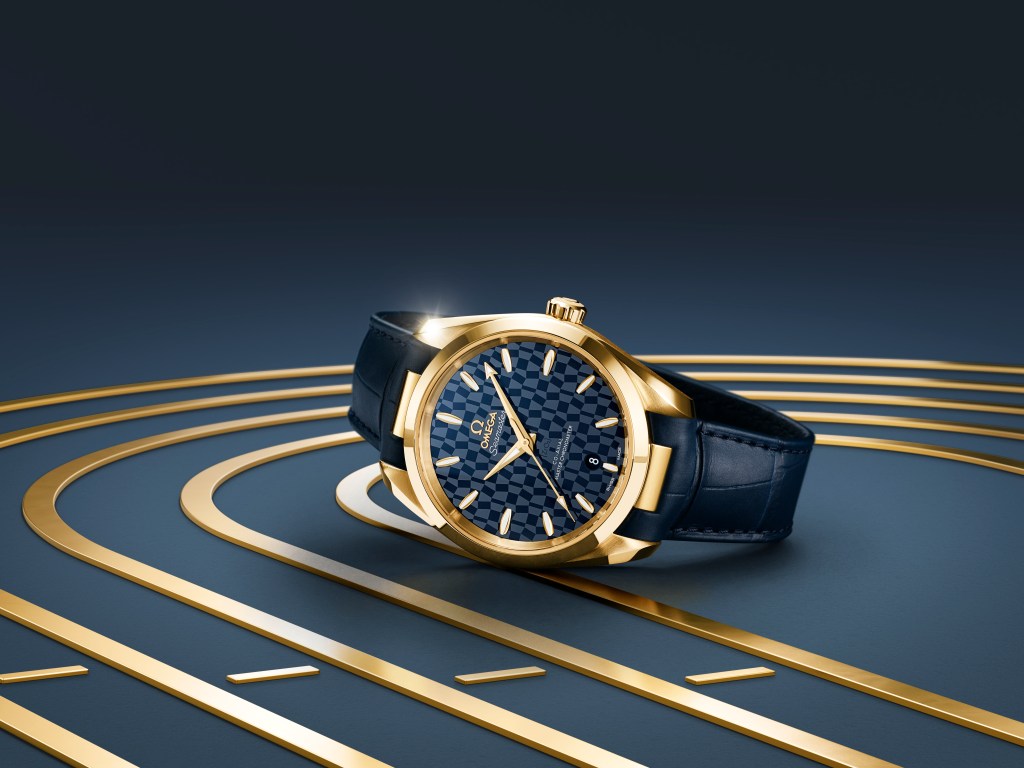 The blue quasi-checkboard laser-engraved ceramic face of the Omega Seamaster Aqua Terra 150M was also inspired by the Tokyo 2020 emblem. Omega used 18K gold in the watch’s design, the contrast between the various blue hues and the gold’s glow make this Co-Axial Chronometer the perfect combination of sport and dress watch design. If you’re not a fan of gold, the watch also comes in silver and blue. 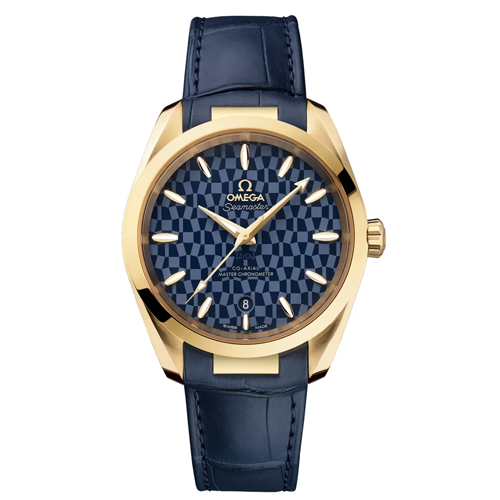 These watches come in two sizes, 38MM and 41MM. Olympian Michael Phelps was one of the first to wear the limited edition watch. Reflecting back on his time as an Olympian, Phelps stated in a press release, “If you’re an Olympian, or trying to become an Olympian, it’s a 24-hour, seven day a week job. It’s non-stop. It’s around-the-clock.” 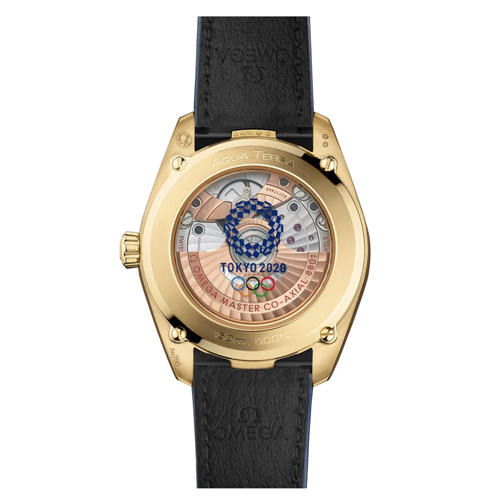 The certified chronometer is also anti-magnetic, has a date complication, and is an automatic AKA self-winding watch. Like the Omega Seamaster Diver 300M, it has a sapphire caseback that protects the Tokyo Games emblem. There are only 2020 silver watches available to the public. Click on the below links to be added to the waitlist per watch.

Nixon Releases The Heat, the World’s Thinnest Waterproof Digital Watch Ahead of the Tokyo 2020 Olympics