There’s a lot being said about this year’s Oscars award ceremony. Some of the drama is fashion-related, and much of it is definitely not. Instead of covering The Slap heard round the world, we want to highlight the Oscars looks that dazzled the red carpet because it was a great year for controversy as well as fashion. We’ve already counted down the 10-best dressed men from the Oscars, but the SPY fashion team is also obsessed with the best men’s watches, whether it’s a speedy pilot’s model or a sleek all-black watch.

Specifically, we want to talk about some of the best watches worn by Hollywood’s elite for the 94th Academy Awards. We saw some incredible watches on the red carpet this year, and some clotheshorses are saying it was the Academy Awards’ best year for watches ever. We’ll let you be the judge on that score, so keep scrolling to see the most stylish watches from the Oscars 2022.

Read More: The Ultimate Guide to Buying a Watch in 2022

We recently covered the latest Omega Speedmaster launch from Omega, and Andrew Garfield and Jamie Dornan were both wearing the Speedmaster 57 on Sunday’s red carpet. Naturally, the maroon model that Garfield was wearing is not available to the public yet; however, it did pair perfectly with his velvet getup.

It’s no wonder we named Garfield one of the 10 best-dressed men at the Oscars 2022. 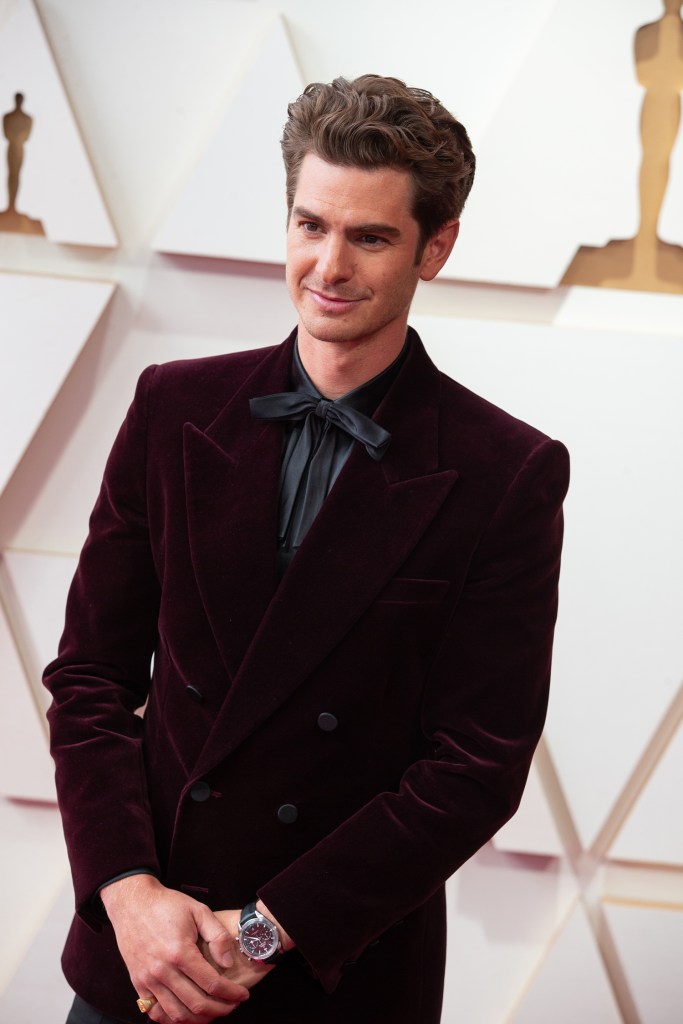 The watch is even more handsome up close. 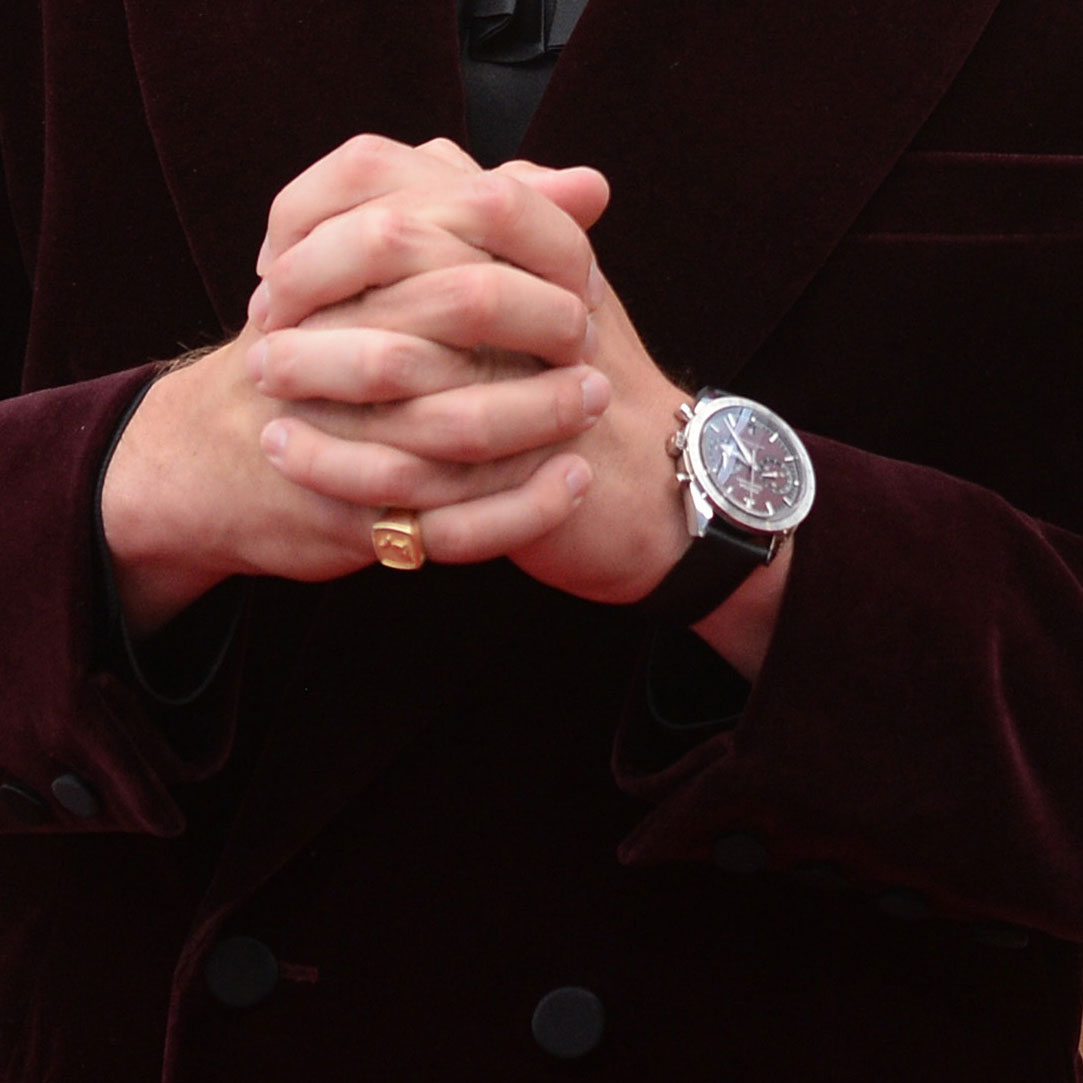 Omega Speedmaster watches are some of the most expensive watches you can purchase online, and you can buy models starting at $8,600 at the Omega online store.

Rami Malek may have a gaze that bears down on your soul in a sort-of-good-sort-of-creepy way, but damn is he pulling off this Cartier Tank watch. A flat steel band compliments the small, rectangular body of this classic timepiece, which perfectly tied together his clean-lined tuxedo. 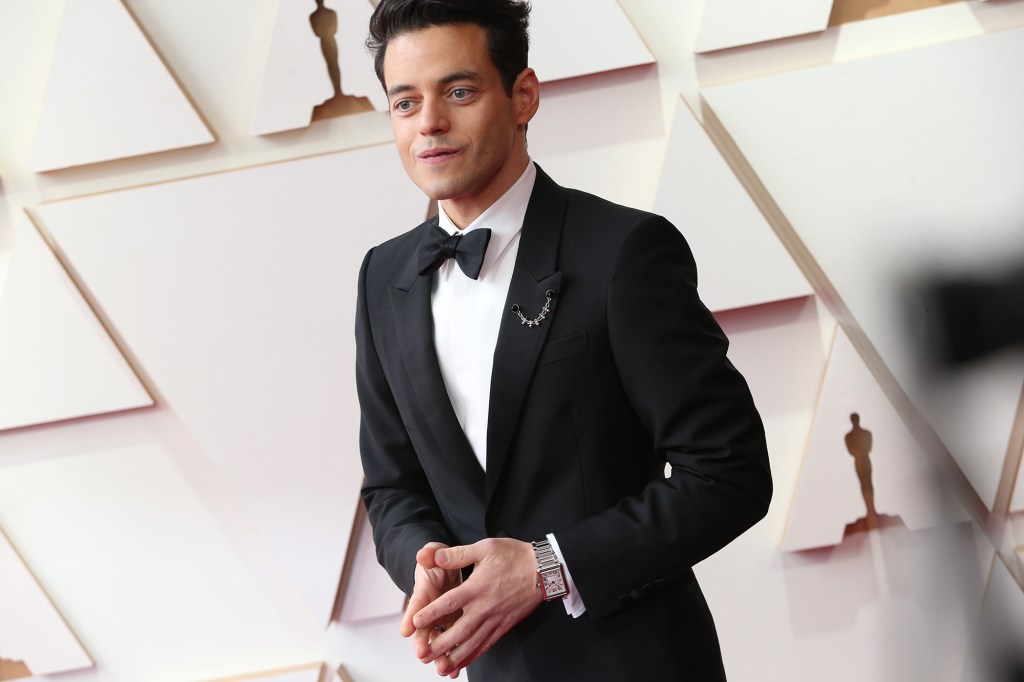 We love this watch, which isn’t your ordinary circular face timepiece. We’ve been seeing more experimentation lately in the men’s watch world, and we love this striking design. 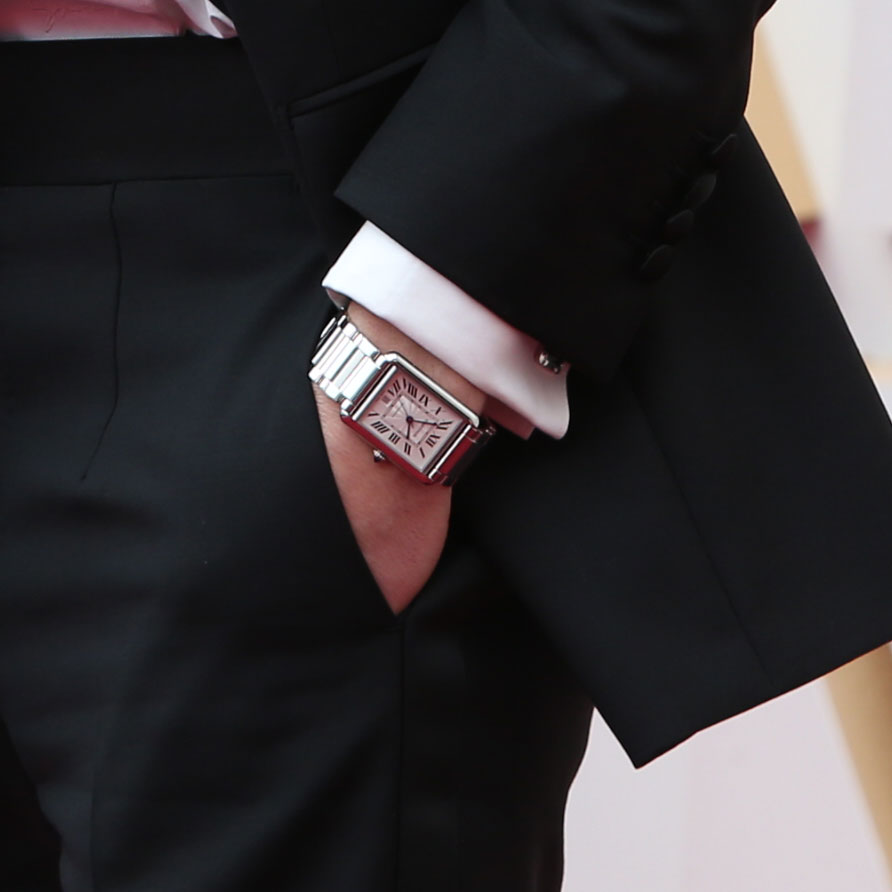 Vintage watches are one of the biggest watch trends in 2022, and we love everything about this designer timepiece.

Jake Gyllenhaal sported a similar Cartier Tank on the red carpet, with a leather rather than a steel band, and he had the serious facial expression to go with it. His overall look was more relaxed, with the collar of his dress shirt unbuttoned, on-trend with Oscar looks trending more casual in recent years. 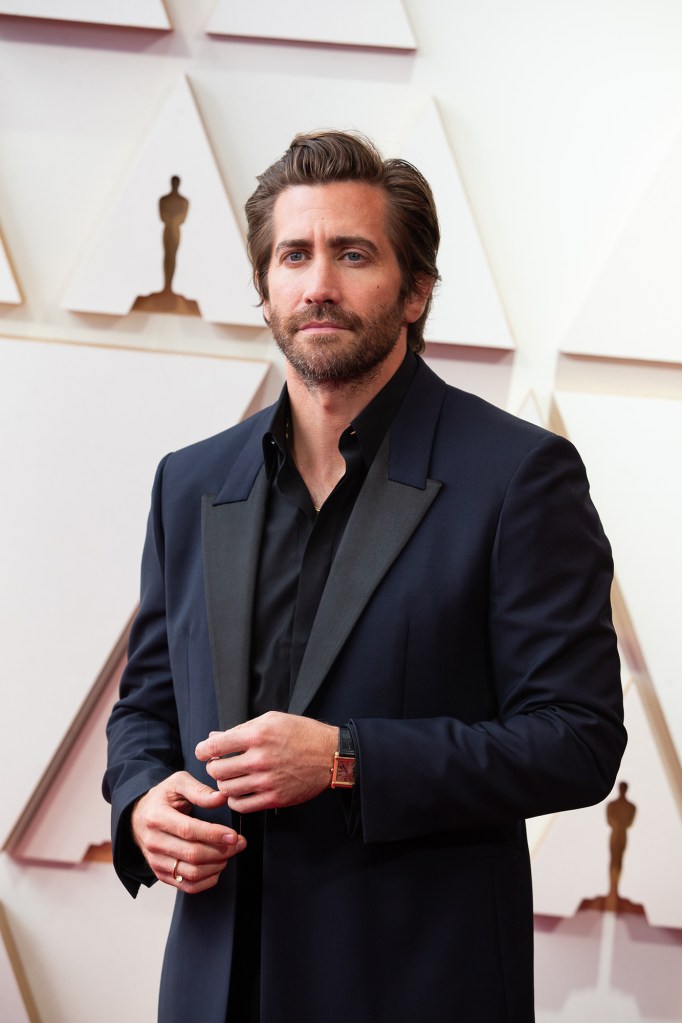 Up close, you can see how the metallic colors of the timepiece match the actor’s dark-colored suit. 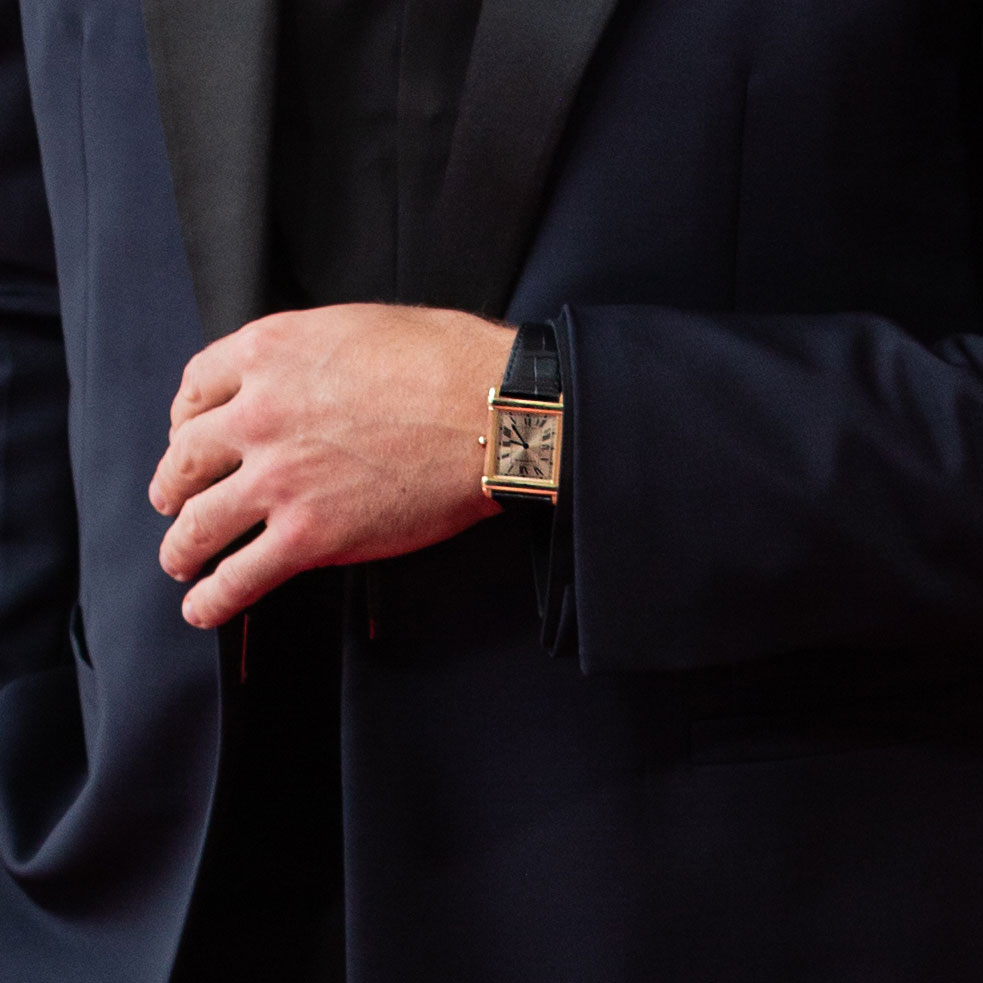 Like Malek’s Cartier tank watch, you can find similar timepieces for sale via Cartier and 1st Dibs.

Shawn came ready to plan in this Mendes’s Patrimony watch in a pink gold color. This dress watch definitely falls under the “super luxurious” category, with a price tag in the $20,000-$30,000 range. He’s got the beaming smile of someone wearing a designer piece that nice, which is good for Shawn. 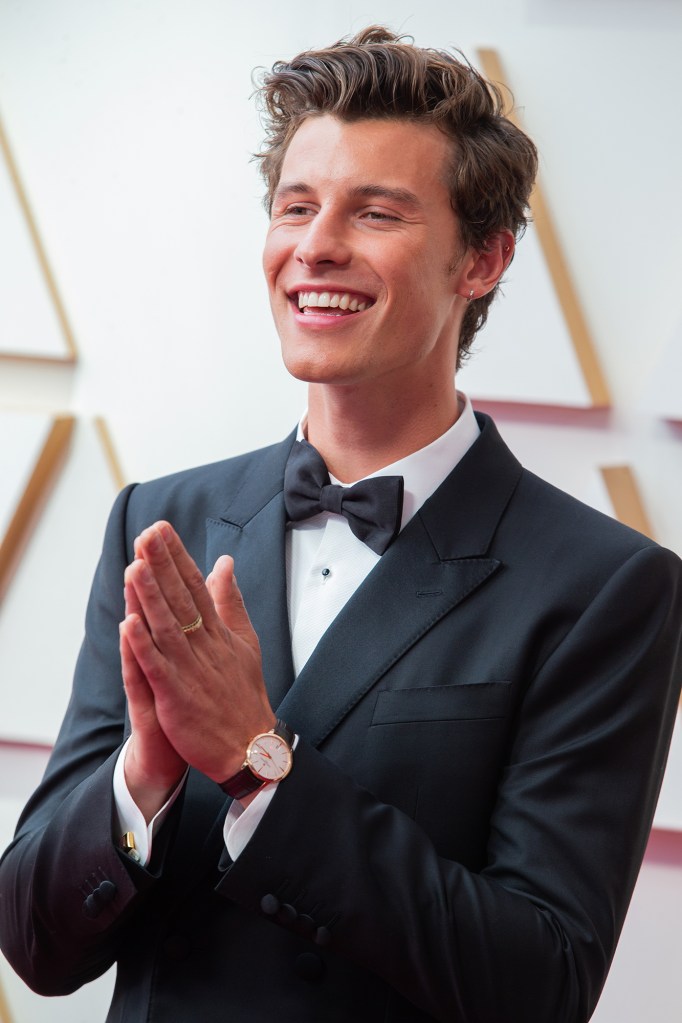 Personally, if we were sporting a $30,000 accessory, we’d opt for something with a little more flair and personality, but we can’t fault this watch for its classic good looks. 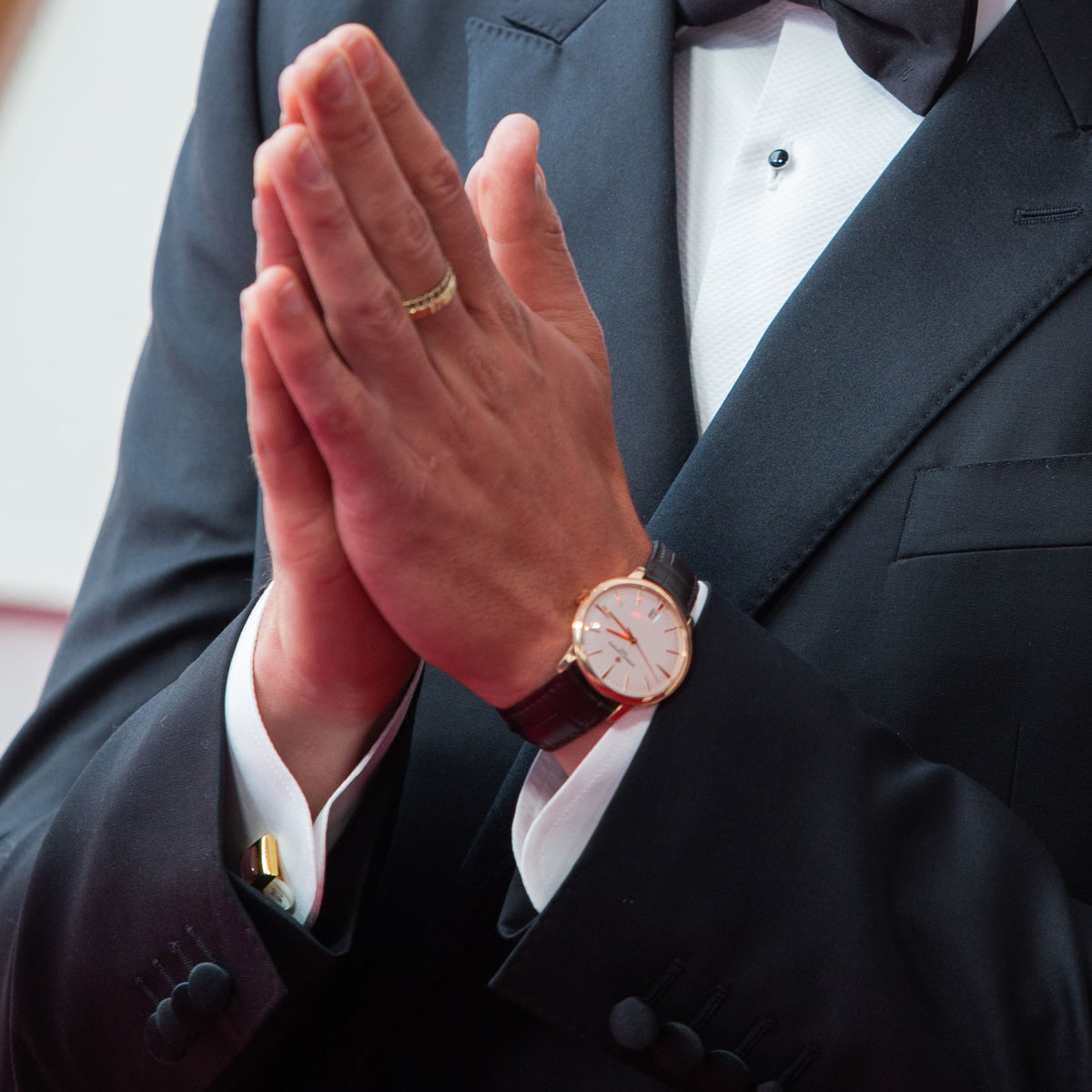 Jacob Elordi, aka Nate from Euphira, wowed in his swanky big boy tux at the Oscars and donned a racing watch perfect for the track and red carpet. The black-dial Monaco has a signature square face and glamorous reputation of rebellion, ruggedness and irrevocable cool. Cheers to this Gen Z king for pulling it off. 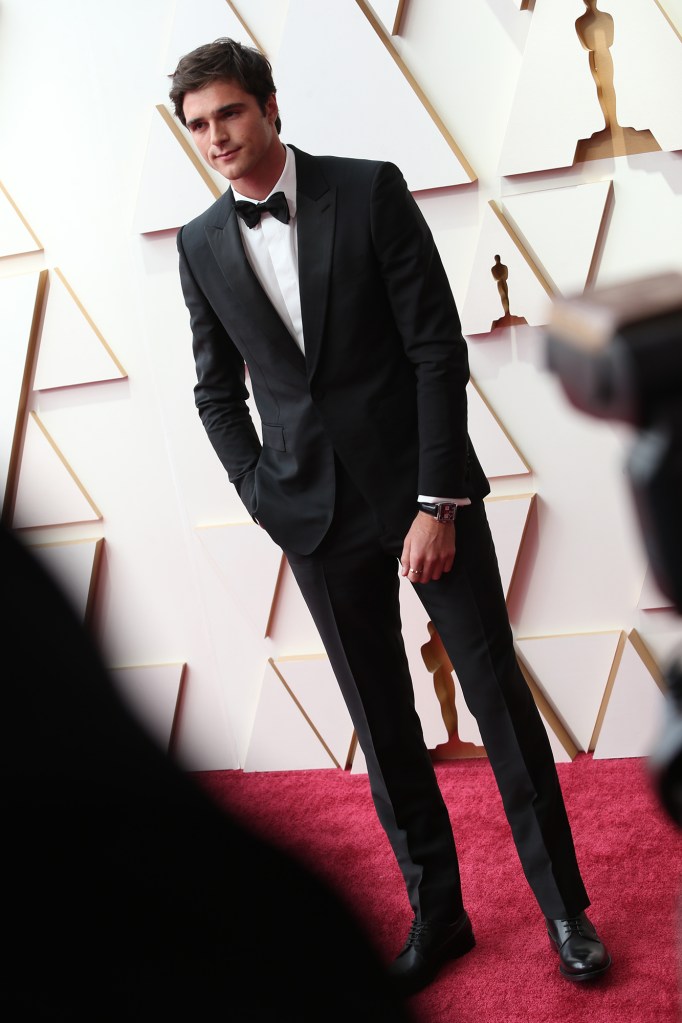 Personally, this is our favorite men’s watch seen at the Oscars 2022, and up close it looks even more striking. 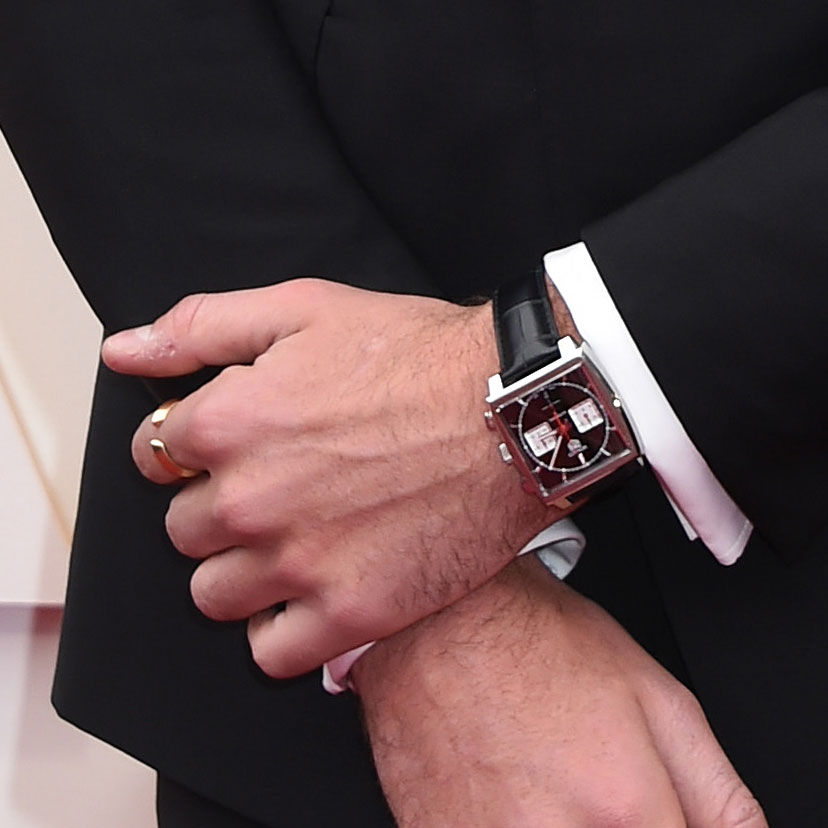 Not only is this our favorite watch from the 94th Academy Awards, but it’s also the most accessible for the average watch collector. The $6,500 price tag isn’t completely astronomical, and you can buy the Tag Heuer Monaco watch worn by Jacob Elordi via Tag Heuer or FarFetch. It appears that Elordi is wearing a maroon colorway, which we haven’t been able to find online, but there is a handsome blue face Monaco for sale online.

From Timex to Tissot, These Are the Quartz Watches To Buy