Even as offices loosen their dress codes and Allen Edmonds get replaced by Common Projects, there are some items of clothing that aren’t likely to go anywhere any time soon. The Oxford shirt is chief among them. Oxfords wouldn’t look out of place in a modern Venice Beach creative office or a Manhattan corporate office in the 1950s.

The Oxford shirt’s versatility as a casual and formal shirt stems from its history in sports.  They originated as shirts for polo players to wear during matches, so they had to be tough and breathable enough when riding a horse. It just so happens that that breathability and toughness also translates to the non-equine world quite well.

Oxfords have a few identifying features that set them apart from more formal dress shirts. They have button-down collars rather than formal spread or point collars. Texture plays a big part as well. Instead of being made from a structured twill, Oxford shirts are cut in a basketweave cotton fabric. This produces a more casual and rugged-looking marled texture. Oxford shirts also generally (but not always) have a chest pocket, a detail that makes them slightly more casual than other dress shirts.

Don’t let these casual details fool you, though. They can more than hold their own against traditional dress shirts in all but the most formal situations. And while formal dress shirts may sit in your closet between job interviews, you can just as easily wear an Oxford with a jacket and tie as you can with beat-up blue jeans.

What To Consider Before Buying an Oxford Shirt

Because Oxford shirts straddle the line between casual and business, there’s a lot to consider before buying one. If you’re going to be wearing the shirt with a suit and tie, then you’ll want to pick up one of the more formal styles, which are cut longer for tucking in and come in traditional colors like white and light blue. If you’re wearing an Oxford with jeans (or even shorts!) then it’s best to stick with a more casual style. Our picks from brands like Everlane have a more cropped cut for wearing untucked, as well as a shorter collar, which is less formal and less suited to wearing with a tie. Some picks, like our options from Ralph Lauren and Uniqlo, could reasonably go in either the more casual or more formal camp. Check out the best Oxford shirts below.

Ralph Lauren does the classics so well that you could be forgiven for assuming he invented them. From polos to denim jackets, Polo Ralph Lauren regularly nails the fit and fabric, and the brand’s take on the Oxford shirt is no different. This option has an all-cotton construction with a traditional button-down collar. In place of a traditional chest pocket is the iconic pony logo. 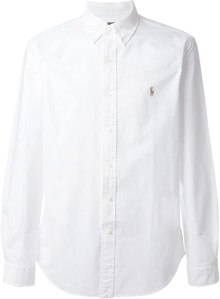 Alex Mill is a fairly new brand, but it’s backed by the know-how of Mickey Drexler, the retail visionary who revived brands like Gap and J.Crew. Drexler founded the label with his son Alex and veteran designer Somsack Sikhounmuong, and Alex Mill reliably churns out the kind of basics fans of Gap and J.Crew will recognize, but with a more elevated design ethos.  Of course, Alex Mill nails the basics, such as this flatteringly cut Oxford shirt, which has a slightly cropped cut to comfortably wear untucked. 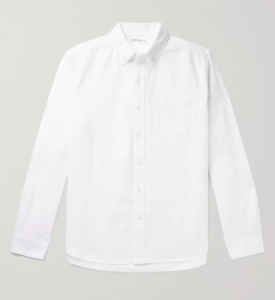 In terms of quality and value, it’s hard to do much better than Uniqlo, a brand that consistently excels at producing basics like t-shirts, merino sweaters and sweatpants. This Oxford comes in white, yellow, navy, light blue and gray, and the price is good enough that you can stock up and wear a different one each day of the week. 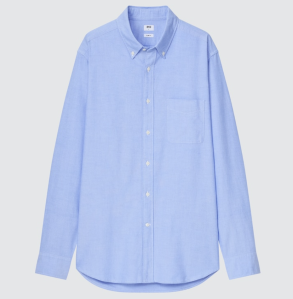 For a more modern take on the Oxford, turn to Everlane, which drops any obvious branding in favor of a streamlined shirt that you can wear anywhere. It has traditional details like a button-down collar and a chest pocket. The collar is a little narrower, the hem is shorter and the body is slimmer for a less fusty take on this classic shirt style. 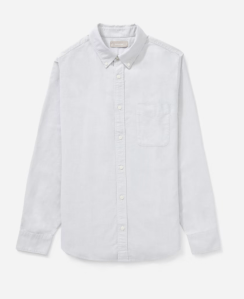 NN07 might stand for No Nationality, but the Copenhagen-based brand is particularly adept at filtering American classics through a Scandinavian sensibility. Take this Oxford shirt, which streamlines the style by ditching logos and button-down collars, while keeping the sturdy Oxford cloth fabric and a flattering but not constricting cut. 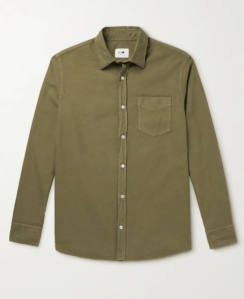 From Snoop to ASAP Rocky, the traditionally preppy Tommy Hilfiger has enjoyed cosigns from many hip-hop luminaries over the years. This Oxford features the Tommy Hilfiger flag logo on the chest, and it comes in navy, a classic color that’s nonetheless a slight variation on the more traditional white and powder blue Oxfords. Considered details include an extra button on the back of the collar for a more secure hold when wearing ties. 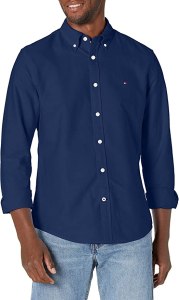 With origins in sport, the polo shirt and oxford shirt share a similar lineage. That’s why it’s no surprise that Lacoste, the inventor of the polo shirt, also does a mean take on an oxford. This simple option has a pocket with a subtle crocodile logo at the chest. It’s available in navy, pink, blue and white. 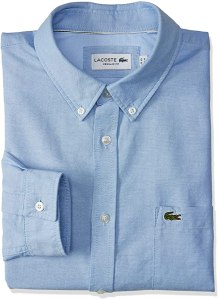 It’s unlikely to win any menswear awards, but the price is hard to argue with for a shirt that’s 100% cotton and features classic Oxford shirt styling. Plus, it comes in a wide variety of colors and patterns. 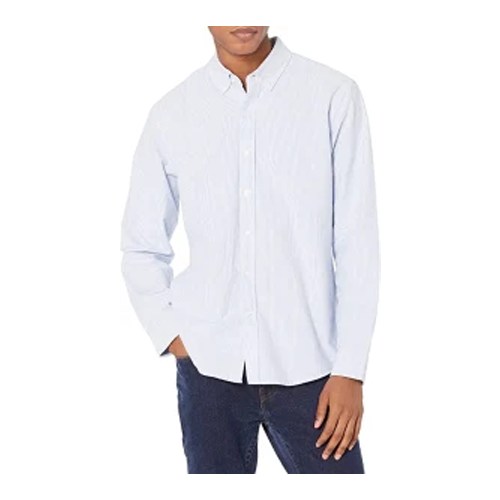