Call it what you want, but men’s and women’s performance wear (a.k.a tech wear) has slowly been building up steam since the early 2000s. The progenitor of this fashion movement, Acronym, has been pushing the boundaries since its first collection was released in 2002. Others have followed suit since then, and in 2009, Canadian outdoor clothing and gear maker Arc’teryx launched its own high performance label dubbed, Veilance.

With the belief that they could build the most advanced products available by mixing the very best in fabrics and construction technologies, Veilance has steadily grown a cult following. While the vibe of pieces in the Veilance collection seem similar to fast fashion athleisure wear, you really have to look at the details to understand how it’s different and why it can often times garner a significantly higher price point. 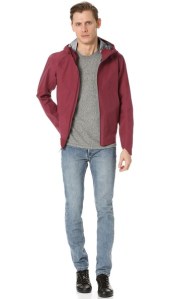 The Arris, for example, doesn’t appear to be special or substantial in any way until you take a closer look at the materials used, like Gore-Tex’s 3L C-Knit. This particular fabric consists of three thin layers making it incredibly light and flexible, while also being waterproof, breathable and windproof. Other notable construction improvements to the garment include taped seams, laminated zippers and stretch woven cuffs. In other words, no snags or blown seams.

A low profile StormHood ensures you’ll remain dry in the event of unexpected showers. A plethora of external and internal pockets, including a couple of hidden ones, mean your absolute everyday carry items have a secure place in the Arris. 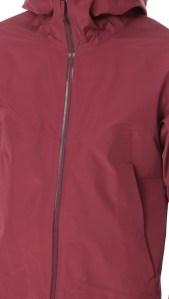 The aesthetic of performance wear might remind you of neo-futuristic landscapes that you might have seen in Blade Runner or even Akira or that it’s too similar to cheaper athleisure options, but there’s a reason why very few companies excel at making simple designs out of complicated fabrics.

Arc’teryx, among a small handful of others, are able to do it in a way that looks modern and futuristic at the same time. But be warned, once you crawl down this rabbit hole, there’s no going back.