When Playboy magazine launched in 1953, Hugh Hefner introduced a luxurious and liberated, nay, libertine lifestyle for his (mostly) male readership. There’s a reason people really did read Playboy for the articles. The world’s most famous sex symbols appeared in the nudie mag alongside original fiction and journalism from authors like Kurt Vonnegut and Margaret Atwood. The brand — which eventually grew to include a series of members-only clubs and even a Hefner-hosted variety show — became as famous for espousing a way of life as for its centerfolds.

Sixty-plus years later and Playboy is a fully digital publication that ditched nude photos back in 2015. It really was the end of an era, and that would seem to have been that — just another dated brand trying too late to reinvigorate itself with a Hail Mary digital pass that seemingly betrayed its very essence. But something strange happened in the zeitgeist. Against all odds, Playboy, the quintessential boomer magazine, is cool again.

Or, as Playboy’s President of Global Consumer Brands Ashley Kechter puts it, “Playboy is an iconic brand that, today, represents freedom of expression, inclusivity and diversity.”

In 2022, Playboy has successfully leveraged that iconic brand to sell rabbit-adorned apparel and accessories to young people who’ve never seen a nude magazine in their life. The brand has 9.8 million Instagram followers, and many stars have been seen wearing Playboy clothing. 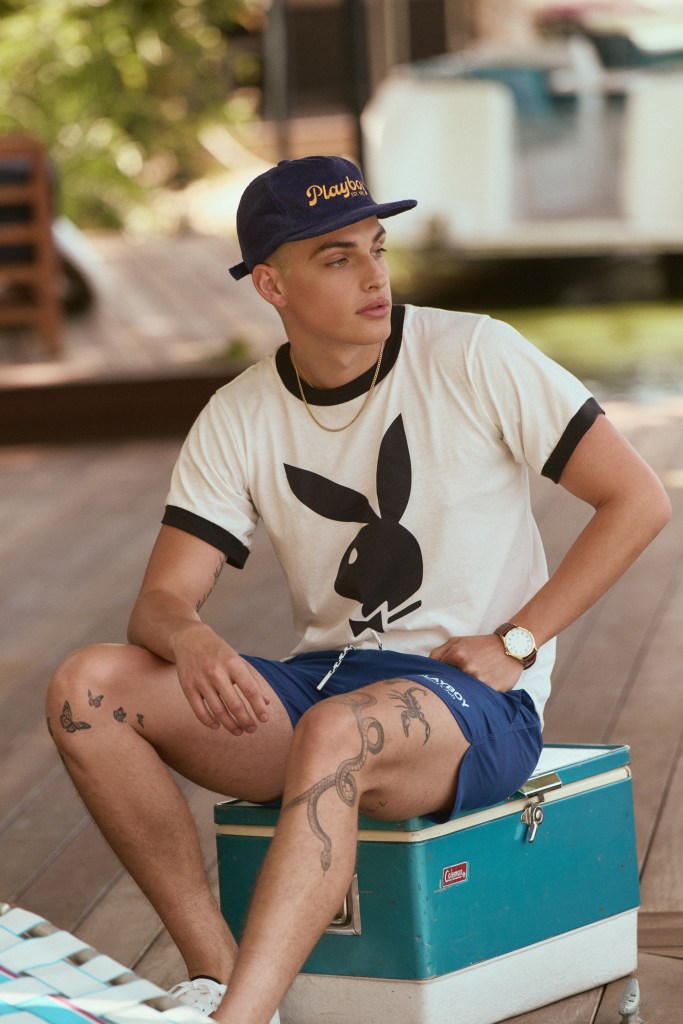 According to Kechter, two-thirds of Playboy’s revenue is now generated from the merchandise on Playboy.com and comes from customers under the age of 34. “We consistently see more than half of our revenue coming from women,” she says. “We believe strongly in inclusion for all regardless of age, race, size, gender identity and sexual orientation, and our younger customer sees this in the reimagined brand of today.”

That’s quite a change for a brand that infamously didn’t pay its bunnies at the Playboy Club, letting them live off their tips (and pay for their own bunny outfits). How exactly did Playboy overcome its questionable legacy to become a beloved Gen Z brand? Smart brand alignments and a hefty dose of nostalgia, of course. 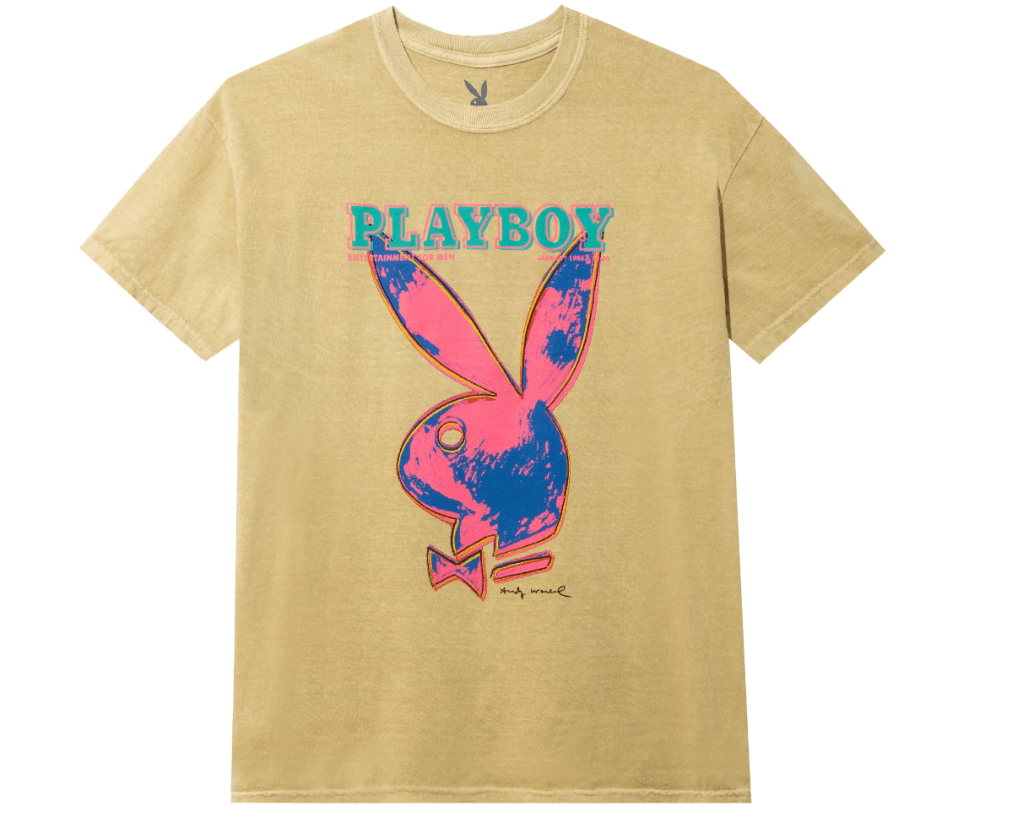 As Playboy evolves into a symbol for a certain kind of louche, retro sexy-cool by leveraging its deep archive and iconic logo (reimagined by countless artists over the years, including Warhol), it’s true savvy has been in its collaborations.

“We often ask: ‘What did we do back then that was so inspiring and beautiful, and how can we leverage it today but modernize it with our new creators?’ We reference our history constantly when we are thinking about design and product,” Kechter says.

That thinking led to a collabs with companies including Alpha Industries, a collaboration covered at this very website. Other recent Playboy fashion collaborations include Duke + Dexter and a maximalist collection from Danish designer Soulland. There is also a recent, playful capsule collab between Playboy and Drake’s OVO, with one sold-out shirt featuring a collage of Playboy covers encased within OVO’s signature owl silhouette. On a crewneck, a Playboy cover featuring a butterfly sitting on a pair of deep red lips sits atop a minuscule OVO logo. According to Kechter, the partnership was one of Playboy’s most successful collaborations. 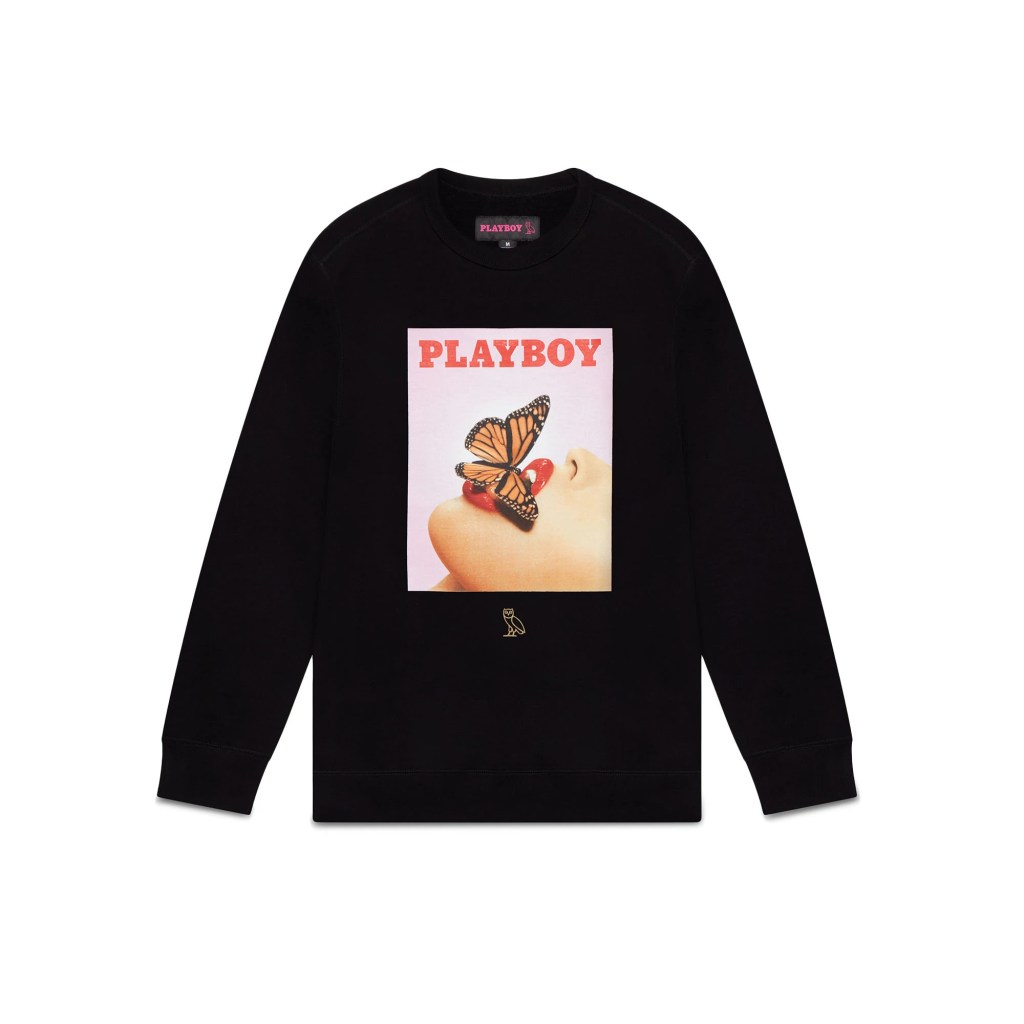 “We saw a synergy between our target audiences and began talking about ways we could work together,” Kechter explains. “We decided on a fashion capsule as both brands have track records in producing high-demand and successful collaborations. Our process was very collaborative, learning about each other’s brand values and then co-creating pieces that are bold, fun and iconic for all those wanting to rep the Owl and rock the Rabbit.”

Playboy’s re-emergence as a hit brand amongst the young and fashionable is certainly not out of the ordinary. In retrospect, its latest embrace by the culture seems inevitable.

“The magazine has always stood for sexual liberation and freedom of expression and today, the consumer is much more diverse than what it was back then,” says Kechter. “The person who is attracted to the brand now is someone who feels empowered by these concepts. They aren’t scared of it. They embrace it.”

Just like another famous bunny, Playboy just keeps going and going and going. Scroll down for some of SPY’s favorite items from the Playboy legacy collection and its recent collabs. 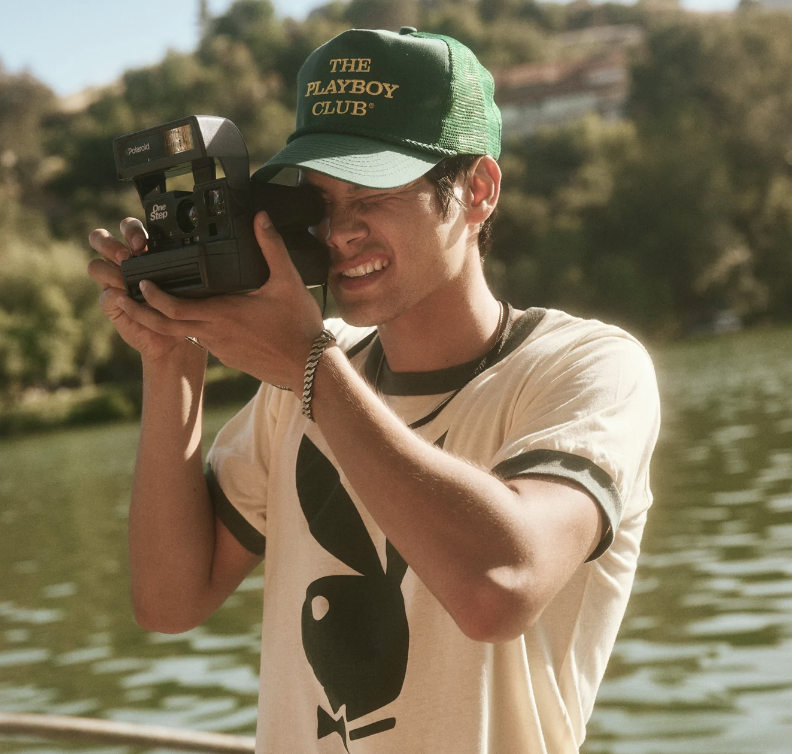 Keep scrolling to check out some of the buzziest Playboy apparel for sale in 2022. Leveraging the brand’s iconic motifs and covers, these shirts, hats and hoodies are just a few of the items that have made the Playboy online store so popular this year. Over at the brand’s popular Instagram account, photos of barely-clothed women largely exist to promote Playboy’s growing line of apparel and accessories.

We’ve gathered a few of our favorite Playboy apparel items below. 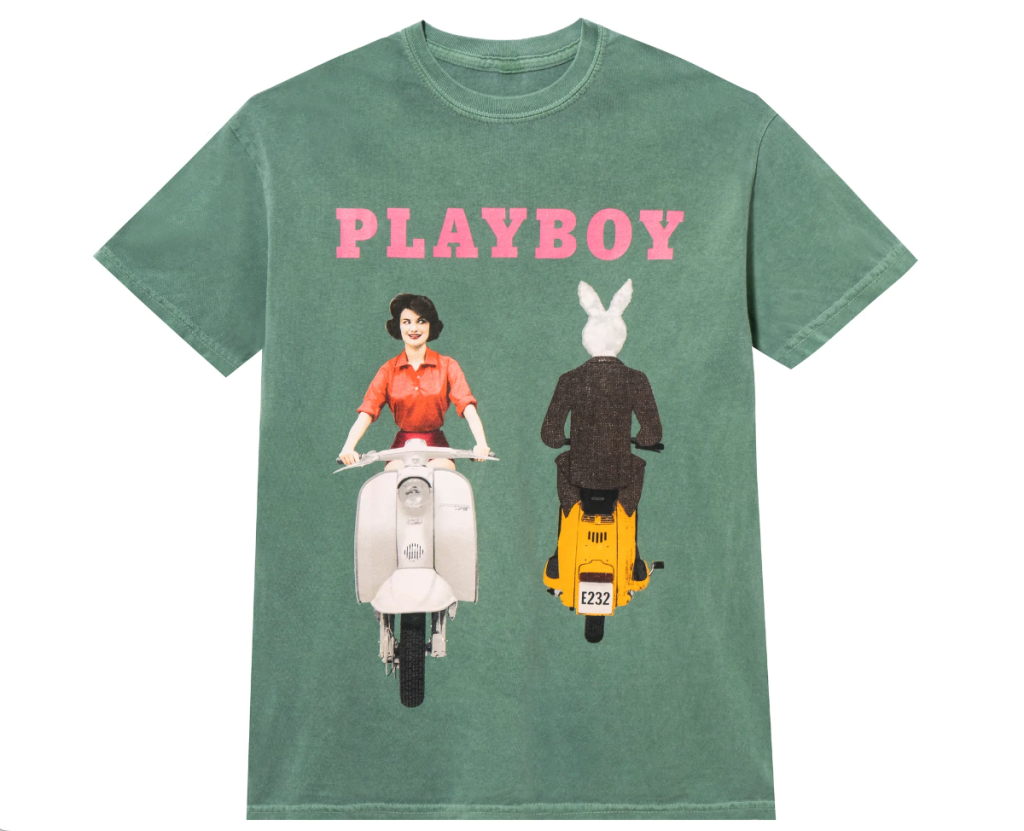 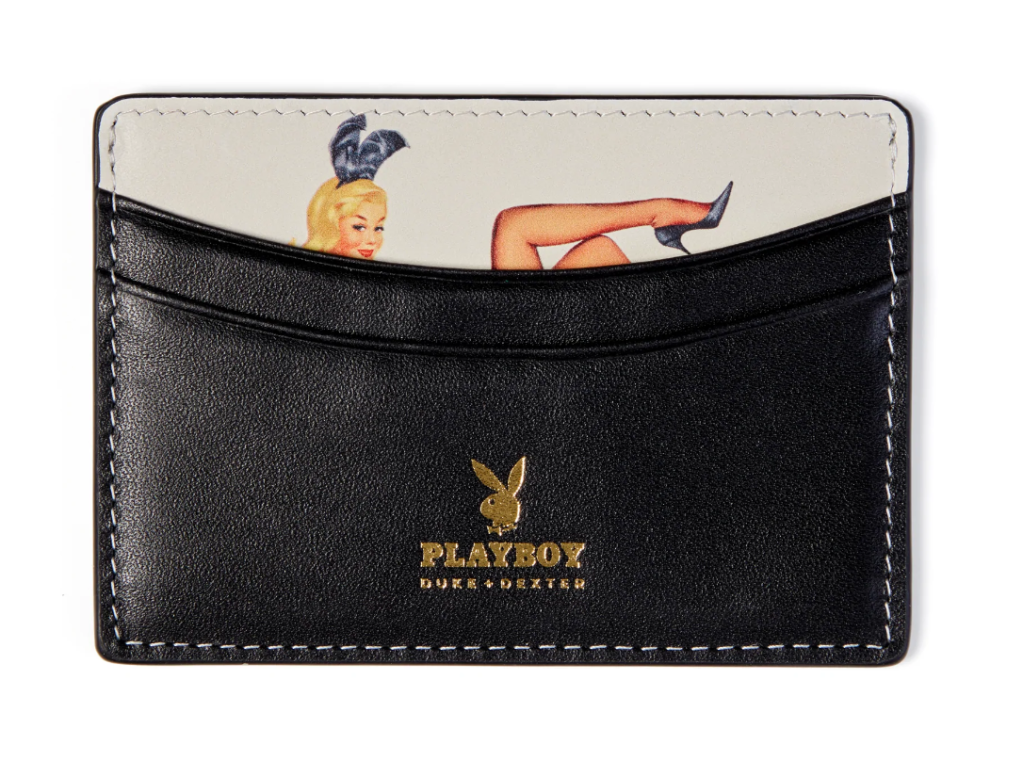 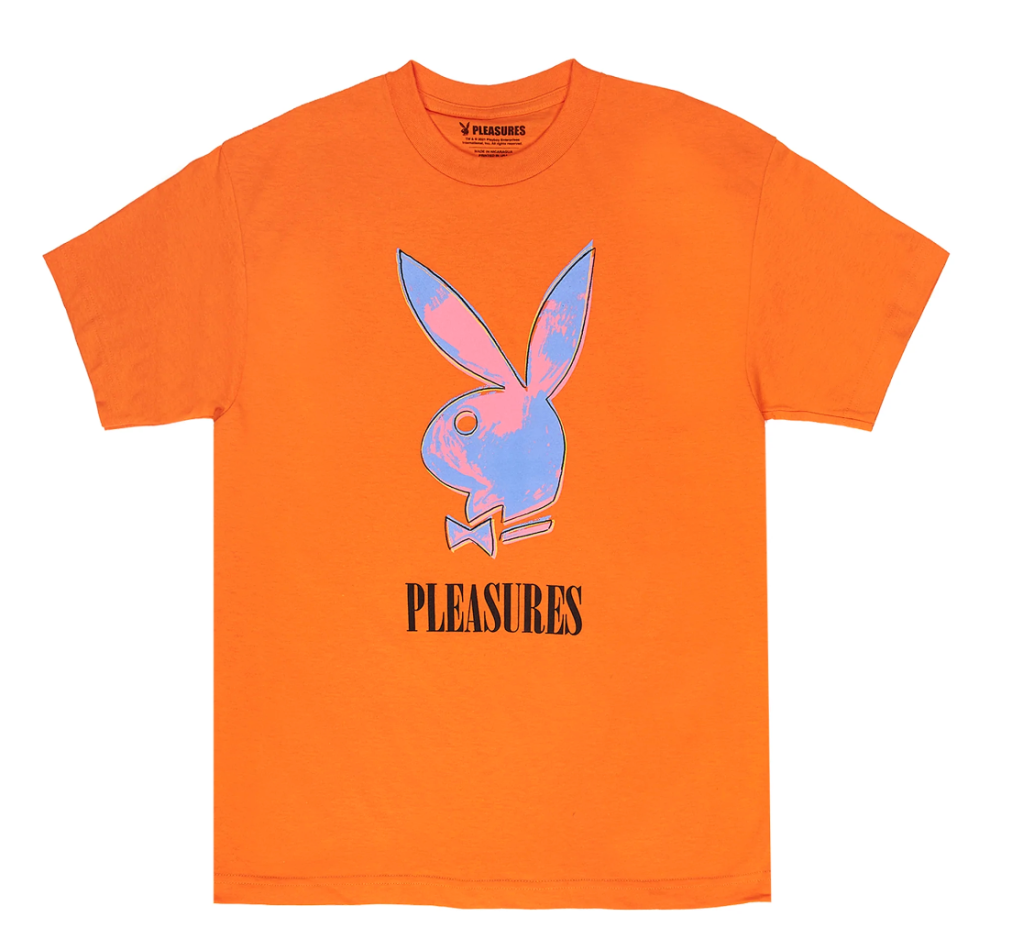 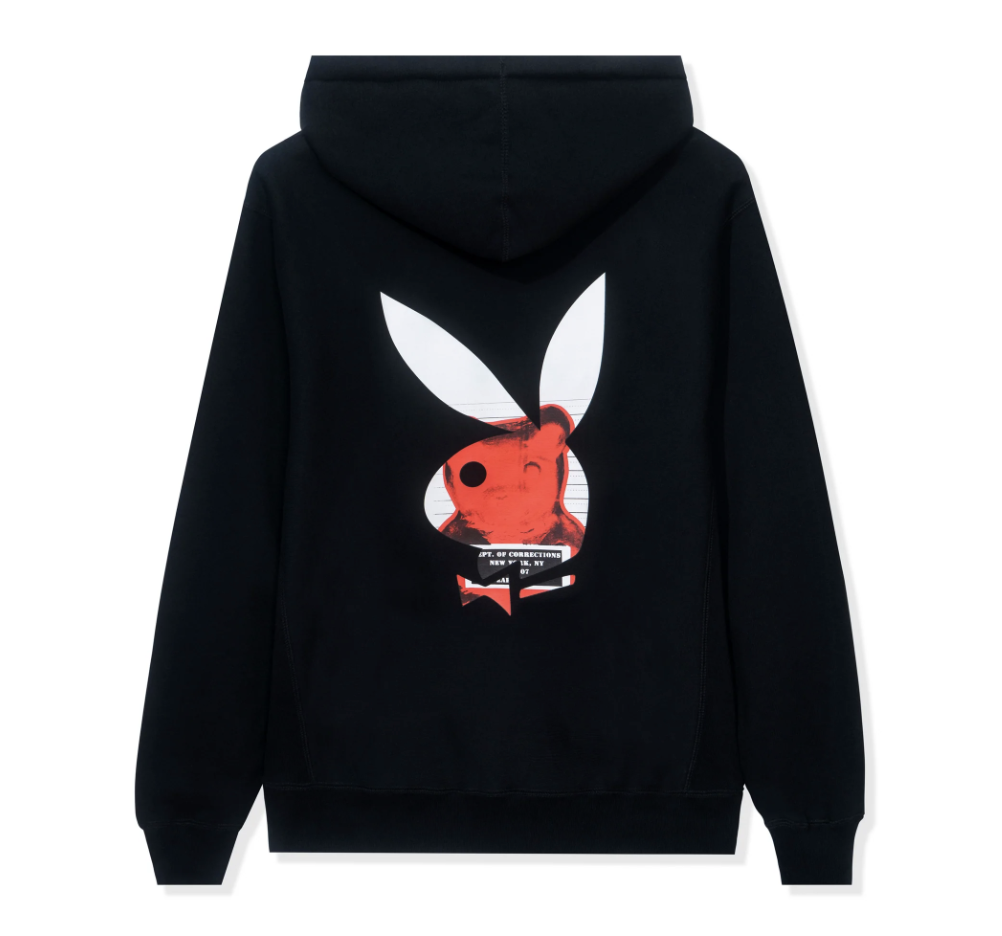 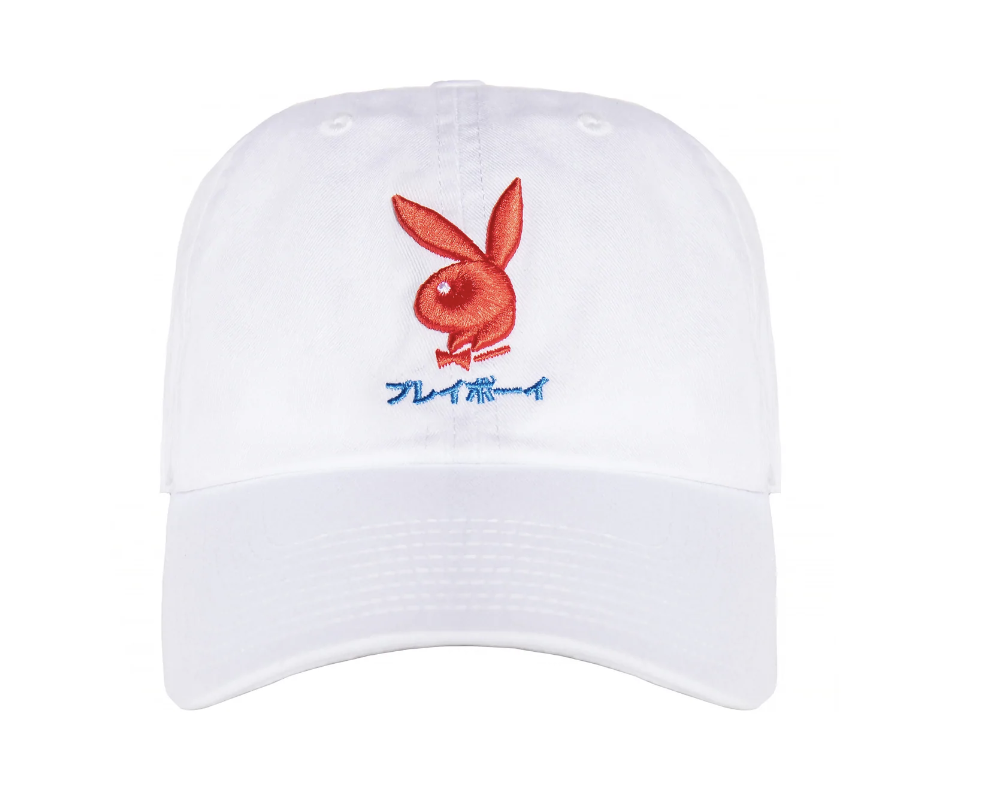 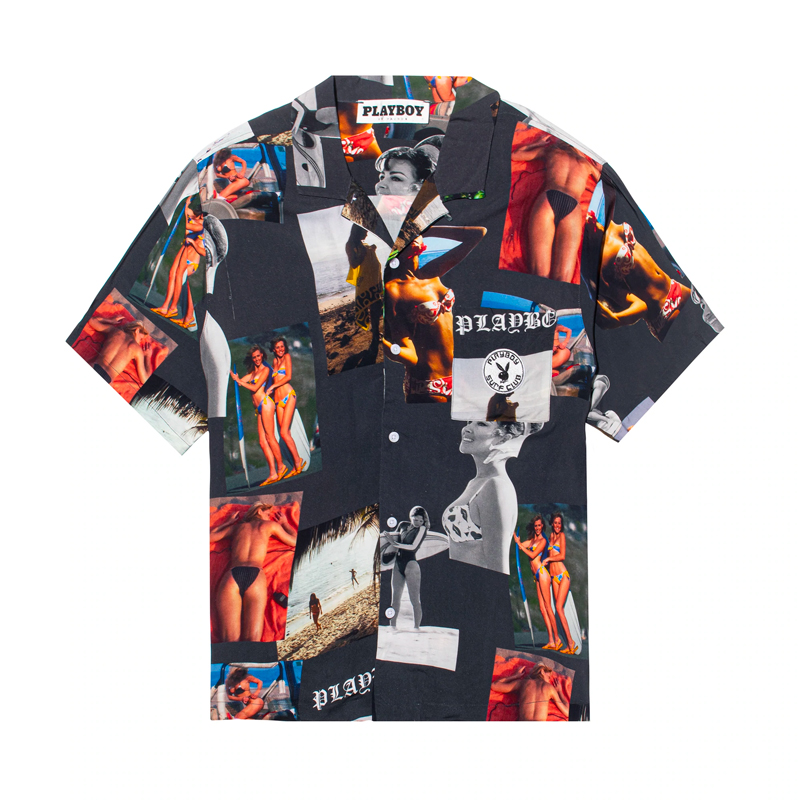