The seventh season of HBO’s Game of Thrones premieres this Sunday, July 16, and just in time for the premiere, Vancouver-based accessories brand, Pyrrha, has launched its latest collection of talismans and jewelry inspired by the award-winning series.

The Pyrrha for Game of Thrones Collection is an official collaboration with HBO and features talismans inscribed with quotes and imagery from the Houses and characters on the show. 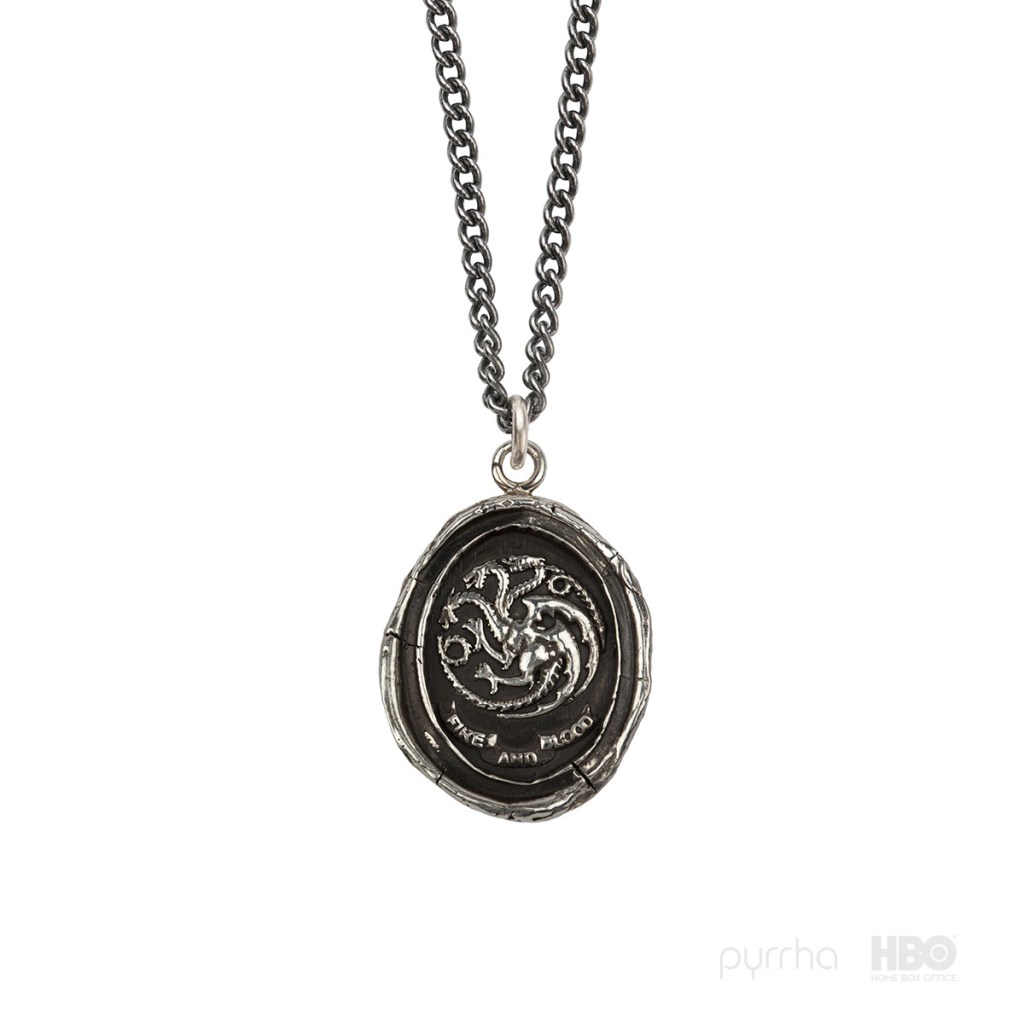 Handcrafted using reclaimed sterling silver and bronze, the Pyrrha for Game of Thrones Collection features necklaces, rings, bracelets and cuffs emblazoned with distinctive interpretations of the seven houses of Westeros and fan-favorite characters.

Designed and handcrafted in Vancouver, Canada, each talisman is paired with a 22-inch oxidized sterling silver chain. The designs are not only inspired by the show, but created using authentic wax seals and imagery from the Victorian era. 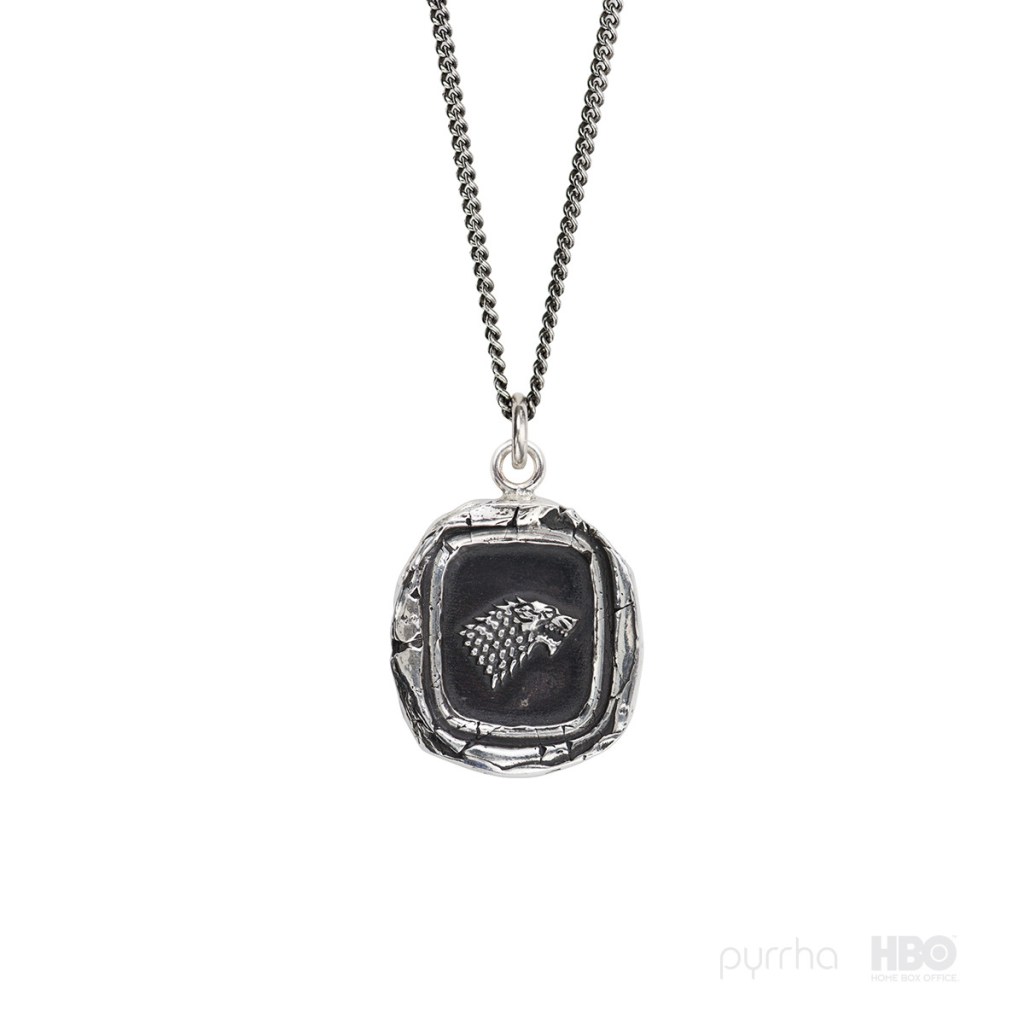 Fans have been waiting eagerly for the seventh season premiere of Game of Thrones, which returns with Episode 61, entitled “Dragonstone.” According to some recently released spoilers, the episode sees Jon Snow (Kit Harington) organizing the defense of the North, while Cersei (Lena Headey) tries to even the odds and Daenerys (Emilia Clarke) comes home. Future episodes will follow Jon as he faces a revolt, while Tyrion plans the conquest of Westeros.

Game of Thrones season 7 debuts on July 16 on HBO. Watch it for free on Amazon Prime, which will get you unlimited access to HBO’s slate of dramas, comedies, movies and documentaries for a 7-day trial, in addition to all the benefits of Prime, including Prime Video for a 30-day trial.