More than any other brand save for maybe Levi’s, Ralph Lauren has defined American fashion. But while Levi’s is an innovator and inventor, Ralph Lauren is more of an interpreter. Ralph Lauren didn’t invent repp ties and polos, but rather revamped and reinterpreted them in a uniquely American way. It’s important what kind of story about America the brand chooses to tell, because Ralph has always been about more than just clothes. That’s why it’s so exciting that Polo Ralph Lauren is launching a unique capsule collection with Morehouse and Spelman, two HBCUs (historically Black colleges and universities) which are both located in Atlanta, Georgia.

The collection will be available to buy on March 29.

Polo Ralph Lauren has always been defined by prep and Ivy, aesthetics defined by their affiliation with elite colleges. So it makes sense that Ralph Lauren would choose to do a collaboration with two great schools. But the elite colleges traditionally associated with prep and Ivy have also had an exclusionary past, and they have favored white, well-connected students. That’s often come at the expense of Black students, which is why colleges like Spellman and Morehouse have been so important in serving the higher education aspirations of Black women in Spellman’s case and Black men in the case of Morehouse. 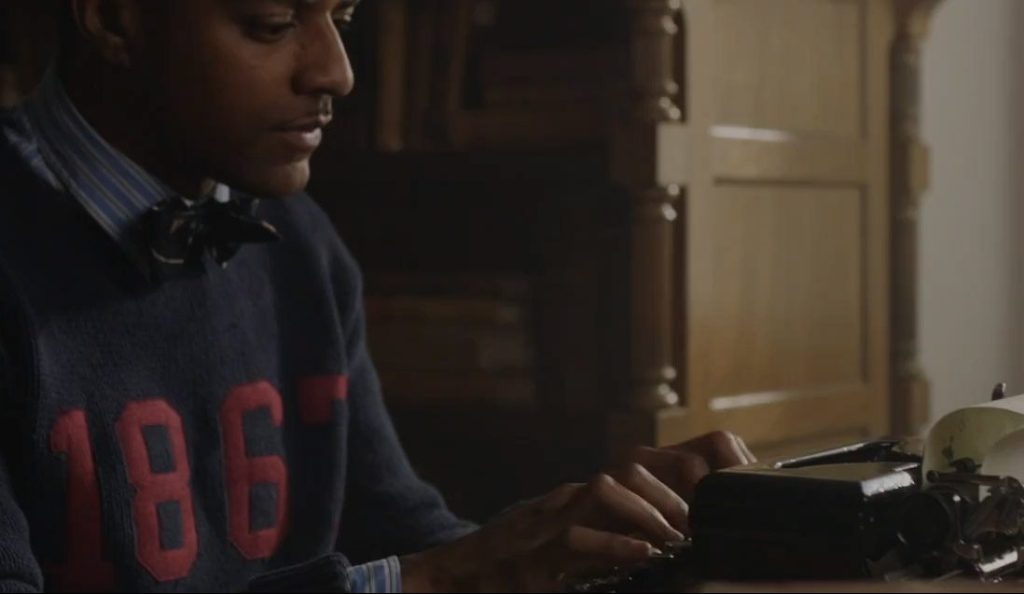 There has always been something aspirational about the Polo Ralph Lauren aesthetic, which is why the brand has come to represent the American dream of the ability for anyone to make it. Lauren himself embodies the American dream. Born Ralph Lifshitz to immigrant parents, he made his own way from a sales associate in the Bronx to found the most important fashion brand in America. But it’s no secret that the American dream hasn’t always been equally accessible, hence the importance of these colleges and this collection, highlighting two schools that seek to right the balance for Black students.

One thing that’s especially exciting about this collection is that Polo Ralph Lauren is clearly leaning into the preppy aesthetic for this collection, nodding to classic collegiate looks from the 1940s and 50s. The preppy aesthetic has so often been associated with whiteness, but it’s a stereotype that erases the long history of Black dandies and the Black prep aesthetic. There was even a recent book, Black Ivy: A Revolt in Style that highlighted the preppy, Ivy and trad styles of people like James Baldwin and John Coltrane. This collection further proves that preppy style isn’t just for white people, either in a historical or contemporary context. 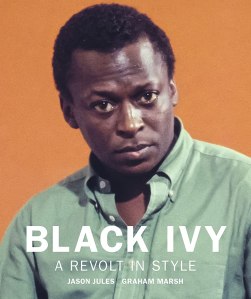 Black Ivy: A Revolt in Style

What To Expect from the Upcoming Collection

With the Spelman and Morehouse collection, there are all of the hallmarks of classic preppy style. The items aren’t available to preview yet, but standouts include plaid wool suits for men, cable knit sweaters for women and collegiate sweaters bearing M and S for Morehouse and Spelman.  And the talent used in this collection also highlights Black creatives, both in front and behind the camera. In fact, many of the models are current Spelman and Morehouse students. 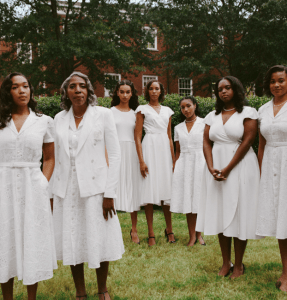 If the looks feel like photos from an old yearbook, in a way they are; Ralph Lauren went beyond just the clothes for this collection, producing a 27-minute film called “A Portrait of the American Dream” to highlight the history of HBCUs and these two colleges in particular. You can watch the trailer now. The brand also collaborated on a “yearbook” to go along with the collection. The film will premiere on March 28 on Ralph Lauren’s social channels. As for the collection, it will be available at ralphlauren.com, Ralph Lauren stores and at the bookstores of Morehouse and Spelman.

Cargo Pants: The Pants That Are Both Useful and Cool Again