Since retiring from the game he loved so much for the final time in 2003, Michael Jordan’s eponymous line with Nike has released several commemorative two-sneaker packs known as a “Defining Moments Pack” to celebrate a pivotal moment in his Airness’ career. The latest DMP, the Air Jordan Finals Pack XIII/XIV DMP, pays tribute to “The Shot” and Jordan’s last championship with the Bulls when they beat the Utah Jazz in 1998.

Throughout the 1997-98 NBA season, Jordan swapped between his signature Air Jordan XIII and XIV models. He started the Finals against the Jazz in the XIII and ended it with the XIV in Game 6.

So what makes a DMP a DMP? Jordan Brand will typically give each model a luxury upgrade with premium materials, while also making slight tweaks to each model with some defining feature to commemorate that particular moment in time. In the case of this DMP, both the retro XIII and XIV have received the gold treatment, as well as subtle tweaks all around. 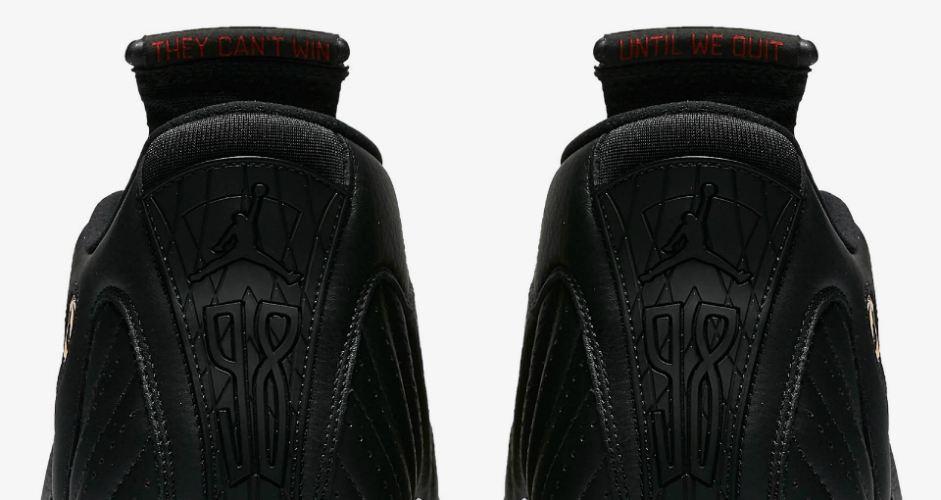 The hologram on the heel of the Jordan XIV, for instance, now shows a “98” and Jordan’s back when he took “The Shot” that won the Championship for the Bulls. The heel on the Jordan XIII replaces Jordan’s #23 for the number, 98. On both sneakers, the inside of each respective tongue reads “They Can’t Win” and “Until We Quit.” According to Jordan Brand, the accompanying special-edition box features plays from Game 6 laid out in a golden hue.

DMPs are typically limited in quantity, so you’d better act quick and pick up the Air Jordan Finals Pack XIII/XIV DMP before they’re all gone.

Nike Celebrates 45 Years of The Cortez: Here Are The 4 Best Versions