It’s time to start the new year with a new skin routine. If you’ve been prone to breakouts and redness in the past, the Neutrogena Light Therapy Acne Mask could be the secret tool you’ve been missing.

The masks works by harnessing blue and red light, which targets acne-causing bacteria, while reducing inflammation. The current version features more bulbs, which allow for a greater concentration of light than previous models. The result: you only need to wear the light mask for ten minutes a day to start seeing results.

In a crowded skincare marketplace, the Neutrogena mask has won rave reviews. In fact, it was recently named the “Mass Launch of the Year” by Beauty Inc. If you’re intimidated by the full-sized mask, the skincare brand recently launched a pen-sized version, which is great for targeting isolated blemishes. 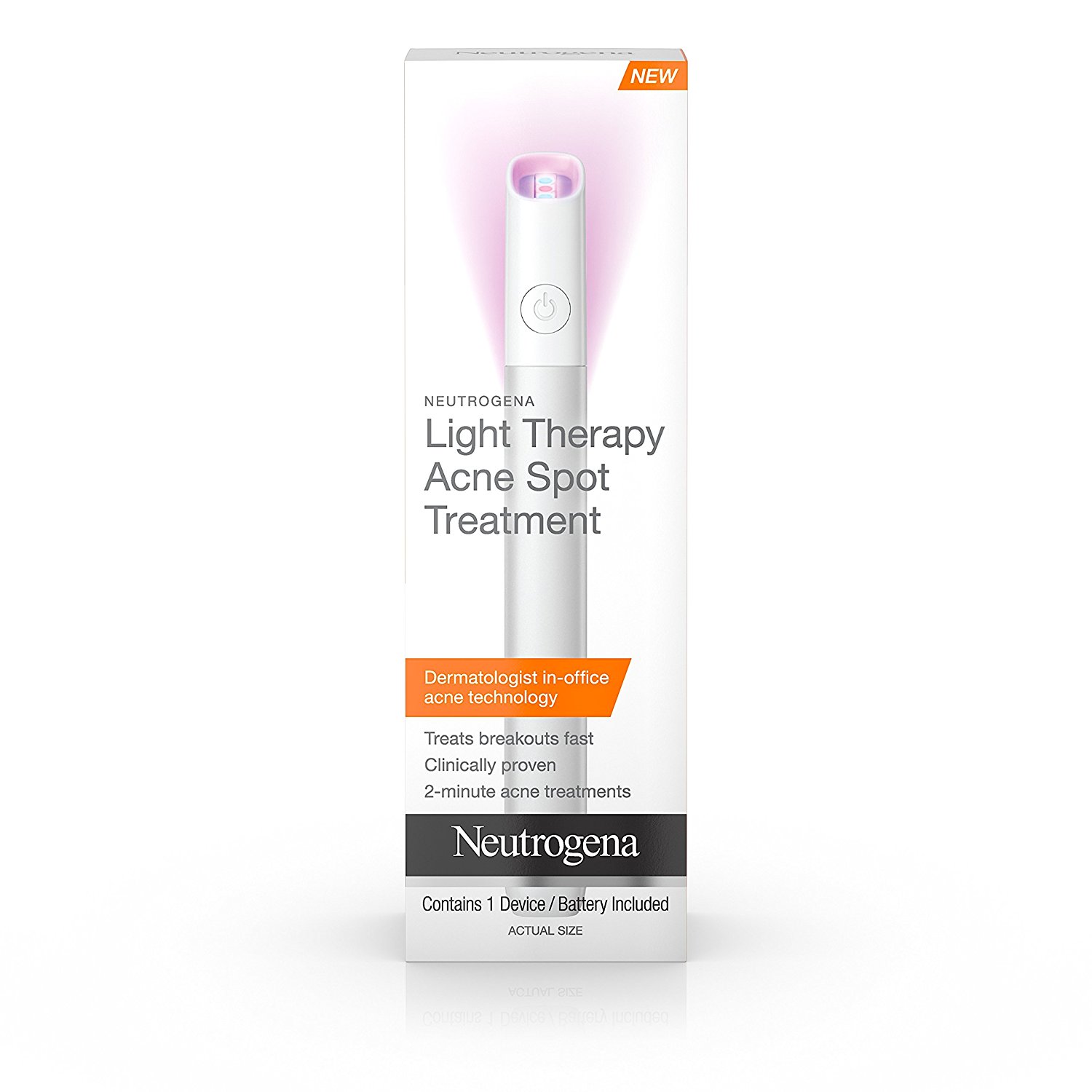 From WWD:
The confluence of several factors helped make a novel-looking acne mask one of the brightest launches of 2016. In fact, Beauty Inc awarded Neutrogena’s Light Therapy Acne Mask at last week’s awards as the Mass Launch of the Year. Retailers report The Neutrogena Light Therapy Acne Mask, which started shipping in October, was a certain success.

With its price tag of $39.99 for the reusable mask and an activator for 30 sessions, the Light Therapy Acne Mask filled white space in the mass market since previous LED light devices were priced out of reach.

Topping that off, the mask generates positive word of mouth supported with clinical results. Eighty percent of subjects with mild-to-moderate acne who used the LED mask for 12 weeks once daily reported fewer breakouts in as little as one week. The results soared to 98 percent of users experiencing fewer breakouts after 12 weeks with longer usage of the mask. Retailers said instant results encourage return purchases.

While Neutrogena would not comment on predictions, industry sources estimate it could hit sales of $25 million to $30 million in its first full year in distribution.

This article is being republished with the permission of WWD. To read the full version, click here. If you buy something because we told you about it, we may receive compensation from retail partners.