The rumors are confirmed, although nothing’s official yet. Riccardo Tisci will soon take the helm at Versace.

Retailers are already gushing. Nordstrom’s designer fashion director Jeffrey Kalinsky says, “Riccardo’s personal style is very well-suited to where Versace is, and maybe where Versace needs to be.” Read the whole story and check out some quick picks from the brand.

From WWD:
Can we have some, please? That’s the reaction of retailers to Riccardo Tisci‘s widely anticipated appointment as creative director of Versace.

According to market sources, the ink is dry on the employment agreement, but an announcement isn’t expected before the fashion house’s February 24 show in Milan. Creative director Donatella Versace is reportedly banning backstage interviews before and after the show to make sure she won’t have to field questions about Tisci. 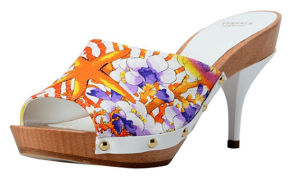 As reported, Versace held discussions with Tisci for months, according to sources. Tisci, who left his role as artistic director of Givenchy last week, is said to be taking a vacation. Versace on Wednesday reiterated its boilerplate of not commenting on rumors and speculation.

But retailers already are enthusiastic even without official confirmation. Using words such as “visionary” and “influential,” they gushed about the effect Tisci’s singular aesthetic and social media prowess could have on the Versace brand. Given Tisci’s success in transforming Givenchy, it’s understandable that retailers would want in on his next act; Givenchy grew six-fold during Tisci’s 12-year tenure at the Paris-based house, with revenues now estimated at more than 500 million euros, or $535 million at current exchange.
“We don’t carry Versace, but I absolutely love Riccardo,” said Jeffrey Kalinsky, designer fashion director of Nordstrom and founder of Jeffrey New York. “If I were asked if I’d want to carry Versace if Riccardo was going to be there, I’d say yes, without seeing a thing. He can do men’s, he can do women’s, he can do couture and he’s a master of the red carpet. All those things are important for the brand. I’d like to have the whole thing.” 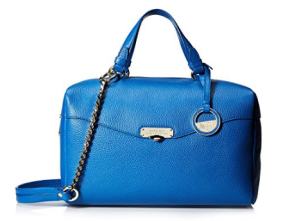 Kalinsky has sold Givenchy since Tisci’s early days at the helm. “Every brand needs someone with a strong individual style,” he said. “Riccardo’s personal style is very well-suited to where Versace is, and maybe where Versace needs to be. It’s not like they’re hiring a designer who doesn’t get the brand or has the complete polar opposite style. He’ll act as an agent of change, which will energize the brand in a positive way. I would be shocked if you heard anything negative from anyone. This is going to be great!”

“What Riccardo has achieved at Givenchy has been quite impressive,” said Mario Grauso, president of Holt Renfrew. “He established a very relevant and modern spirit for the house and has been an inspiration to many. The news of his appointment to Versace, an iconic label with a rich history, is exciting for the industry. We believe in the brand, and now with Tisci at the helm, we’re even more confident in our decision to pick it up for fall.” Grauso’s reference to Tisci’s appointment as a fait accompli reveals the extent of retailers’ wishful thinking.

“Riccardo Tisci is one of the most influential designers of our time,” said Nicole Fischelis, Macy’s Inc. group vice president and fashion director. “He’s constantly created unexpected moments on the runway for Givenchy. With his creative spirit, sense of style and individualism, it would be very interesting for him to go to Versace.What Riccardo does is beyond fashion. Every season, he brought a new message to Givenchy.” 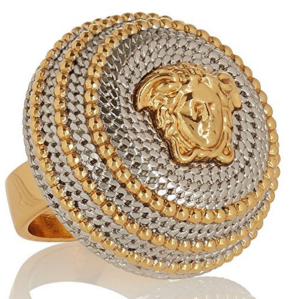 “We think it can result in an excellent union: to join the great modernity of Riccardo with Versace’s important know-how,” said Rosi Biffi, owner of Biffi and Banner stores in Italy. “It will surely be an interesting union, rich in mutual suggestions and creative potential.”

“We are excited about the potential a union between Riccardo Tisci and a brand such as Versace can have,” said Tiziana Cardini, La Rinascente’s fashion director. “Tisci working with Donatella Versace can add even more strength to the Italian brand and its image, grow its importance at an international level and see a return on social media. It can only be interesting.” 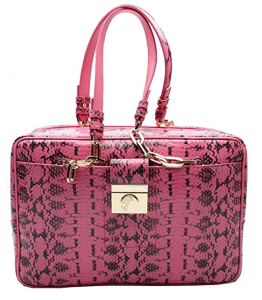 However, for Kelly Golden, founder of Neapolitan Collection, an independent specialty store in Winnetka, Ill., Tisci’s departure from Givenchy is disruptive. “The move is indicative of an undercurrent of restlessness that exists in the industry,” she said. “Whether it’s generated by pressure from investors, the fashion calendar or other influences, it leaves someone like me in a precarious position, having to predict whether a client will move with the designer, remain loyal to the house or fulfill her needs elsewhere.” Golden, who doesn’t carry Versace at Neapolitan, said that if Tisci joined Versace, “I would definitely take a look.” 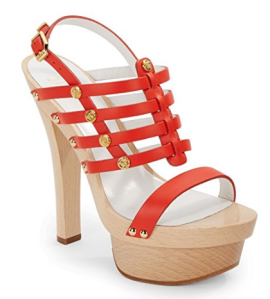 “Obviously, there’s been a connection and mutual respect between Riccardo and Donatella, even a flirtation between the brands with 2015’s Donatella-front Givenchy campaign,” said Coco Chan, head of women’s wear at Stylebop.com. “Riccardo produced incredible couture collections alongside rtw for women and men at Givenchy. He also knows a great deal about launching and integrating hugely successful accessories lines, something that’s still underdeveloped at Versace. That alone would be a great asset to the business’ bottom line.”

Chan noted Donatella Versace’s affinity for young design talent such as Christopher Kane and Anthony Vaccarello. “Although Riccardo isn’t a new designer, he’s had a long and strong connection with younger consumers, as well as street and sportswear, where Versace has been making moves in recent seasons. He’d undoubtedly bring youthful sophistication and dynamic energy to Versace, not to mention his legion of social media followers.” Tisci boasts 1.8 million followers on Instagram.

“You get the sense that Riccardo really is the heir apparent to the creative director role at Versace,” said Roopal Patel, senior vice president and fashion director of Saks Fifth Avenue. “He’ll be able to translate his creative vision to a different audience and through a different lens. I’m sure it’s not a decision that Donatella made lightly. There’s a lot riding on this.” 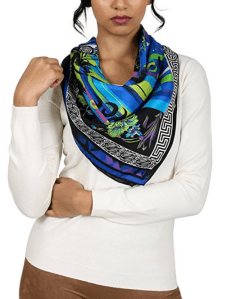 Natalie Kingham, buying director at Matchesfashion.com, said, “We’re excited at the prospect, and the mix of other young creative talent at [Versace], too. Riccardo would be a great creative director to continue Donatella’s vision for her woman — strong, sexy and empowered, with an edge.”

Milan-based marketing and strategic consultant Armando Mammina said Versace’s goals include increasing sales, developing a retail network and accelerating the timing of its initial public offering for financial partner Blackstone, which reportedly wants to increase its stake in the company.

The Tisci-Versace scenario is “audacious, yet modern and innovative in such a self-referential sector,” he said. “These are two professionals who have over the years asserted themselves with an authority that goes beyond the creative direction. Together they could develop and accelerate Versace’s business significantly.”