Since turning pro in 1998, Roger Federer has amassed 93 titles, including 19 Grand Slam singles titles, making him the winningest male tennis player in history. Federer’s most recent win was at Wimbledon where he racked up his eighth title – also a record – further cementing his GOAT status. Not since 1976 has a male won Wimbledon in the Open era without dropping a set. 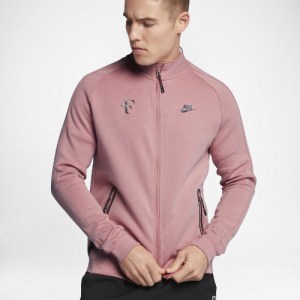 So if you’re a fan of Federer’s then, you might want to pick up the NikeCourt RF Men’s Tennis Jacket in “Red Stardust” or what most men would call pink – maybe even “salmon.” (An all-white version, like the one seen on Federer below, is available as well). 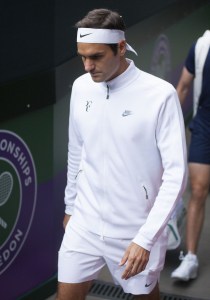 Built for the champ, the jersey fabric is not only lightweight and warm but allows for a greater range of movement thanks in part to a “movement-based” construction, as well as underarm gussets. In other words, think total comfort.

A two-way zipper lets you manage your body temperature whether you’re playing indoors or out, and the deep zippered pockets ensure anything you might have tucked away won’t be falling out. It’ll make for a great layer this fall or even on a cool summer night. And if you happened to pick up a pair of RF’s Flex shorts, even better.

SPY Guide: The Best Bags for Every Sport