We’ve been waiting all month to share some good news with our readers. It’s been a solid eight years in the making, but the people at Rothy’s finally made it happen — the footwear brand has launched its first men’s shoes. And — we’re going to say it — they’re some of the best casual shoes for men to release in years.

For those of you unfamiliar, Rothy’s is a women’s footwear brand with a bit of a cult following. The company creates stylish shoes that are also 100% machine washable, which is pretty unheard of in the women’s footwear world. Since day one, the company has also made shoes with a sustainable, almost zero-waste approach. Over the course of their existence, Rothy’s has repurposed a whopping 75-million water bottles into a material that’s tough as hell to create footwear options for women that include sneakers, sandals, flats and more. 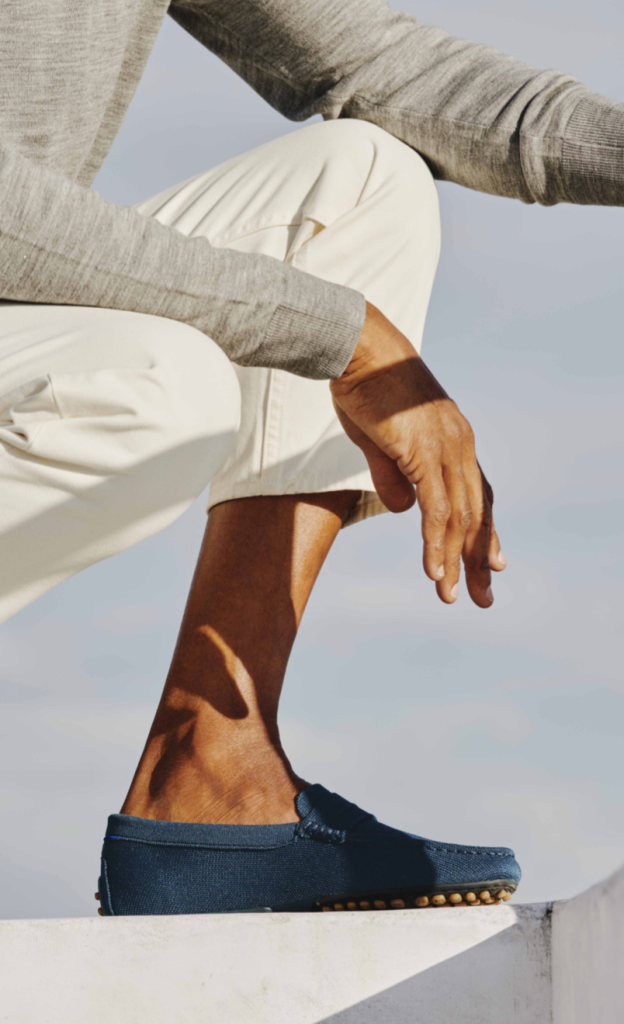 What Makes Rothy’s So Special?

Rothy’s operates in a building they fully own, so they know exactly what’s going on in the process of their creations. With that said, they’ve dedicated their time to eliminate rampant waste and overproduction, something otherwise typical in the retail industry.

Before today, Rothy’s was a brand that catered solely to women. But, as we said — that was before today.

Now, you can get your very first pair of men’s Rothy’s in two different styles that just dropped: the Driving Loafer and the RS01 Sneaker. This means you can rock sustainably-made, water bottle-powered sneaks and loafers on your feet that rep an actual cool look.

Each pair of these new men’s Rothy’s are built to last by using only seven different parts total, compared to the overtly high industry standard of 21. They’re completely flexible for easy movement, totally machine washable so you can effortlessly get dirt off and never, ever shrink — no matter how much you wash them.

But, do they at least look cool? I mean… 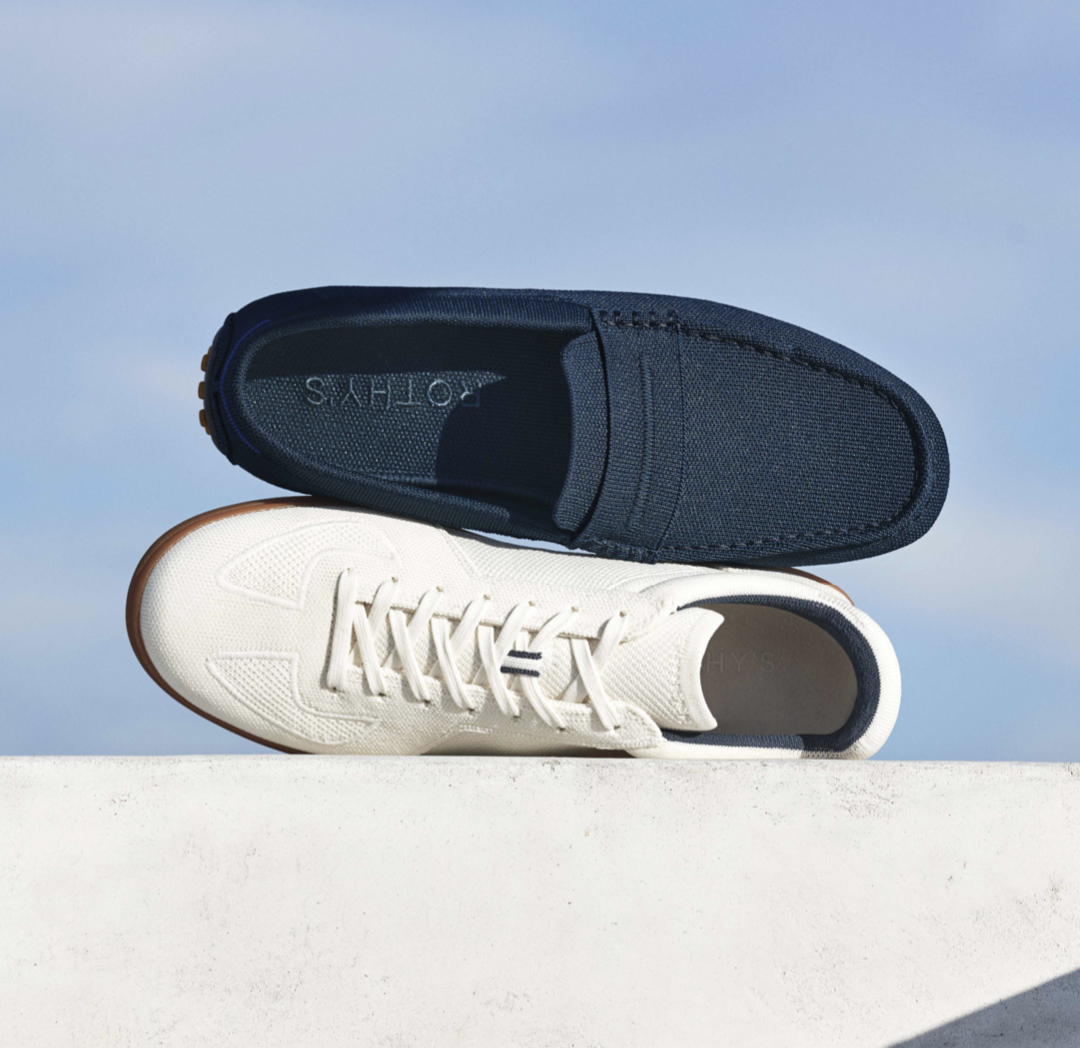 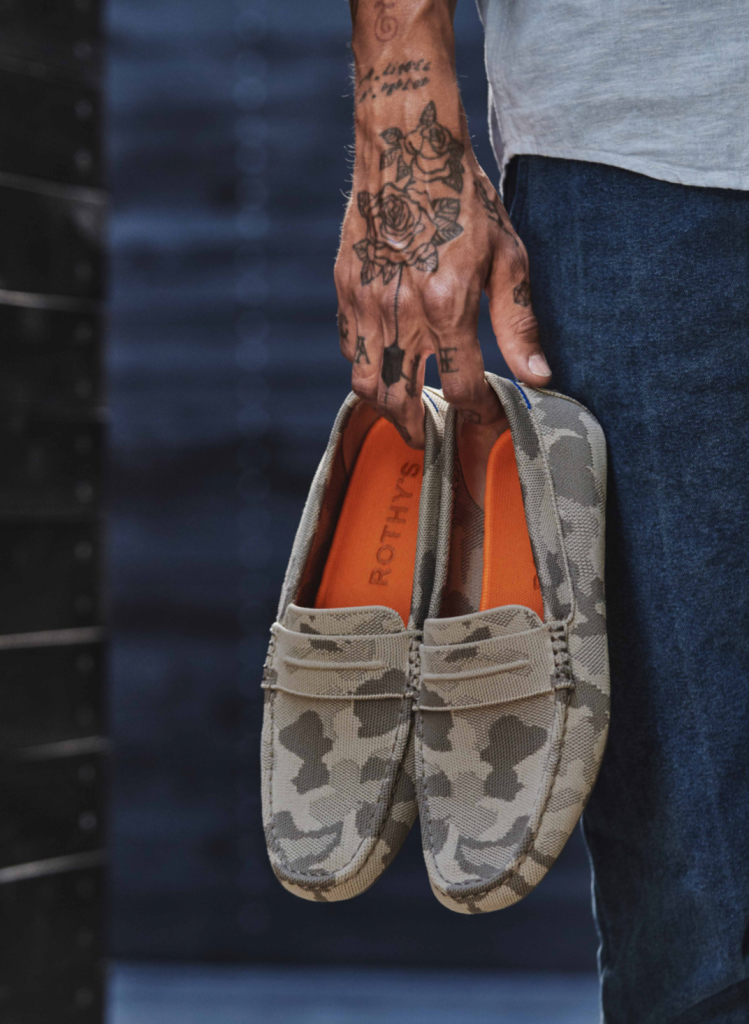 Your loafers need an upgrade, and Rothy’s is proving that there’s really no better time to do so than right now. The Driving Loafers take the slip-on classic into a whole new realm by transforming them into a shoe made with bold colorways and new materials that have never been done before to the style.

Each loafer is characterized with raised nubs on the sole that is created with natural and sustainable materials to follow the OG Rothy’s protocol. Like the RS01 Sneakers, the Driving Loafers are also created with 18 water bottles that result in only 1% of material waste. To keep it continuously earth-friendly, cushiony soles are made with 20% plant-based PU. Lastly, 131-minutes of hand-crafting in total went into each loafer.

Colors range from solids to patterns with the Driving Loafers. Solid options are dark blue and black, while patterned options come in forest and desert camo. 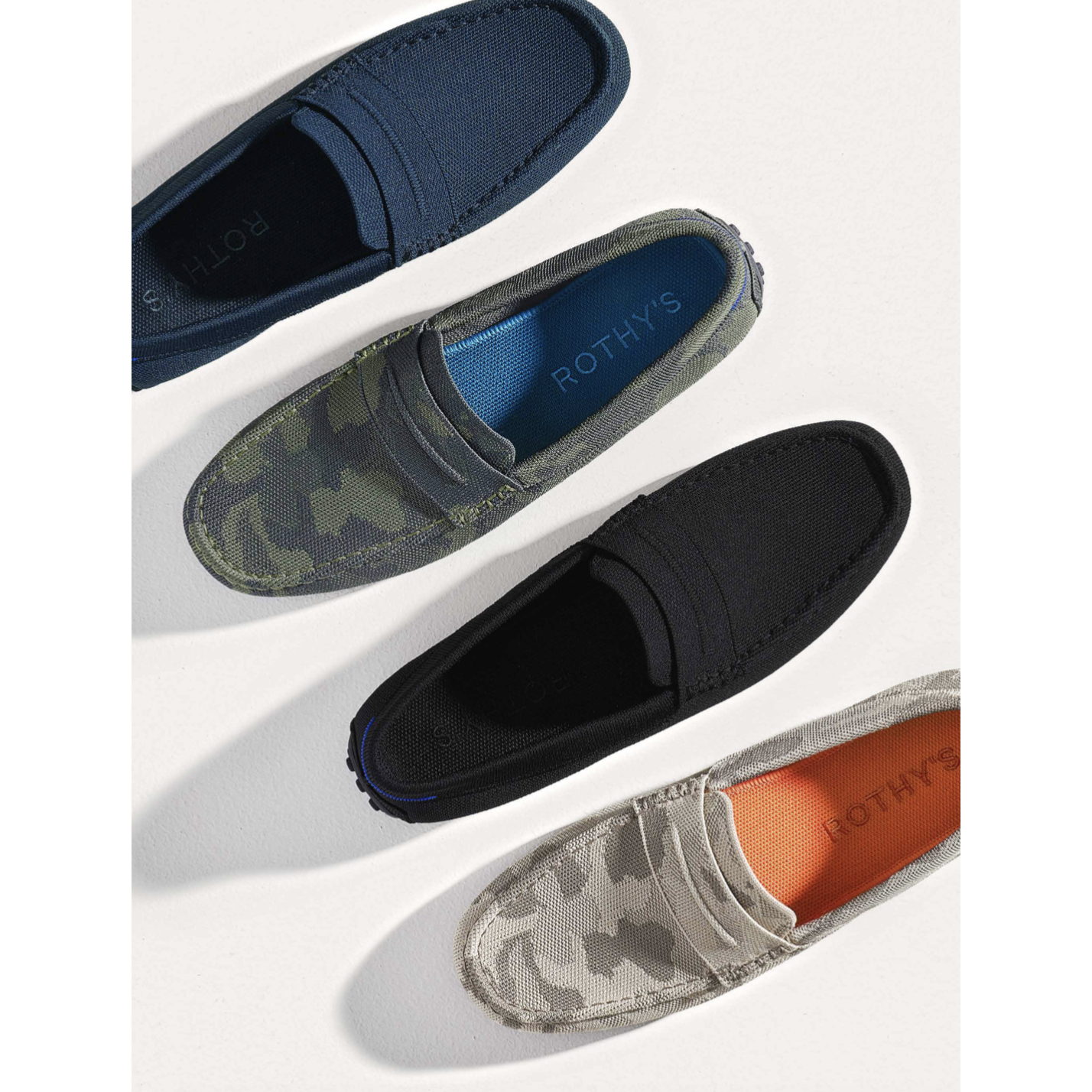 The RS01 Sneakers are absolutely dripping in swagger. They’re the perfect sneak ready to take on all the adventures summer 2021 has to offer, whether they’re big or small. They’ve got everything you need to keep you comfortable during sporty activities, chill days off and moments strutting around the office. Each pair has a sock-like liner and earth-friendly outsoles to add structure and ability for movement day in and day out. So, no, you don’t have to worry about breaking these bad boys in. They’re already broken in for you.

Each sneaker is as eco-friendly as it gets, resulting in only 1% of waste created in total. They’re 100% knit from 18 plastic bottles (which include the laces), 25% bio-based TPU, only 15% of scrap waste (which they always reuse) and 126-minutes of hand-craftsmanship per sneaker. Meaning, yeah, these are made with some serious love.

Colorways range for the RS01 Sneakers depending on your style preference. We say you go with the classic pure white for your summer-centric activities, but they’re also available in bone, olive and black.

The folks at Rothy’s were kind enough to gift me a pair of sneakers just a few days ago and I essentially haven’t taken them off my feet. The material is super socky, so much so that it surprised me. I’ve never known a pair of sneakers like these before, but they’re comfortable to wear both with and without socks. The material is kind of thick, but they are very breathable so don’t let that fool you. There’s no doubt I’ll be wearing these on my feet for the rest of the season. And, truthfully, I’m excited to throw them in the washer for the first time. You know, just to see. 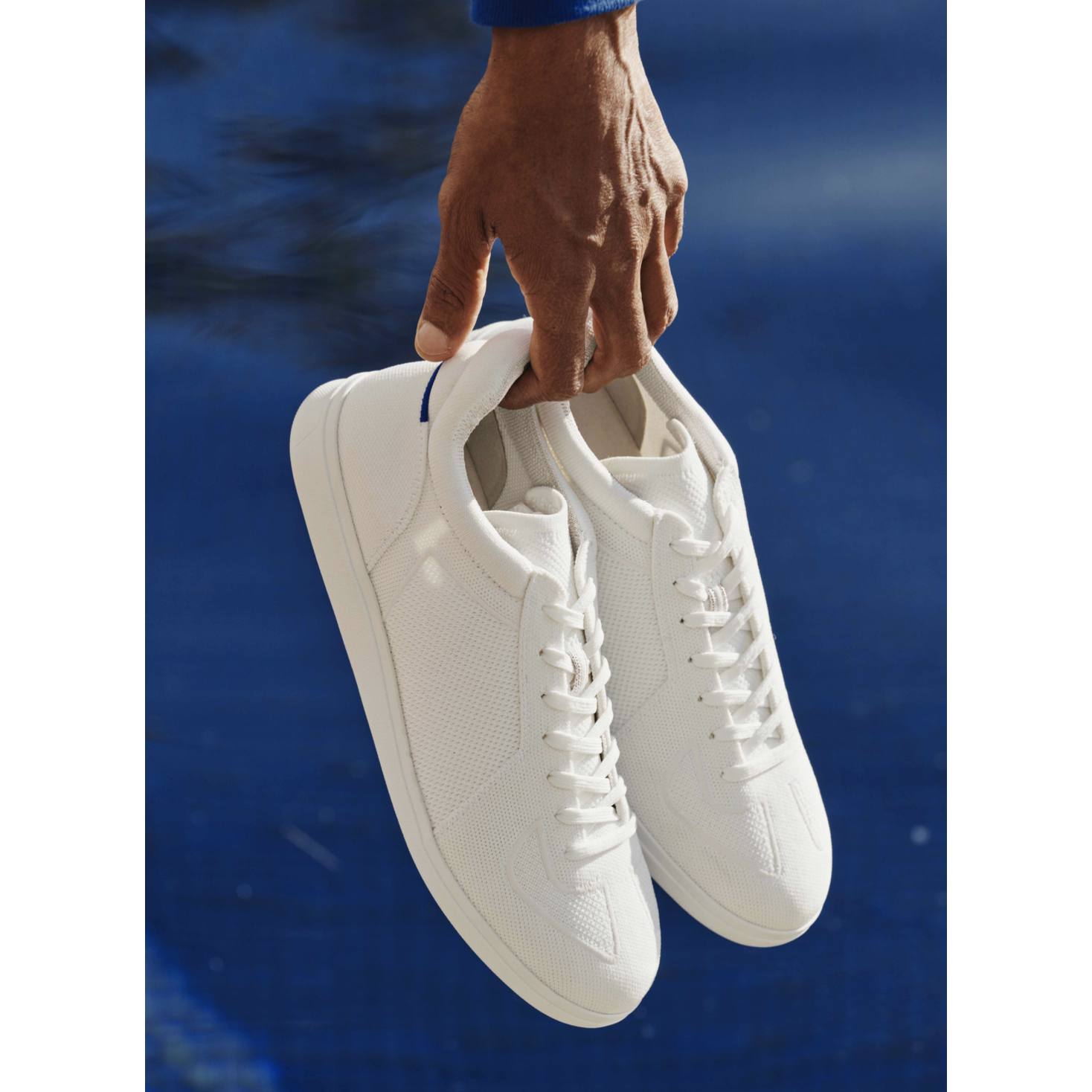