It’s been a fun few weeks watching the bromance develop between Ryan Reynolds and Jake Gyllenhaal, as the two actors make the media rounds for their new film, Life. The sci-fi thriller, which comes out this Friday, March 24th, is about the very serious topic of extraterrestrial life on Mars. Yet, the two stars were clearly feeling delirious when they sat down for an interview with a FOX 5 DC reporter earlier this week.

The duo’s interview spiraled into jokes and general insanity (complete with name tag swapping and crazy facial impressions) as the reporter gamely tried to get everyone back on track. The five-minute clip has since been viewed more than 400,000 times.

While the interview showcased Reynolds and Gyllenhaal’s enviable friendship, the clip is also memorable thanks to the Hawaiian-print shirt that Reynolds is seen wearing. Fans and commenters alike wondered where to find Reynolds’ retro-inspired look. Well, wonder no more, because SPY found it. 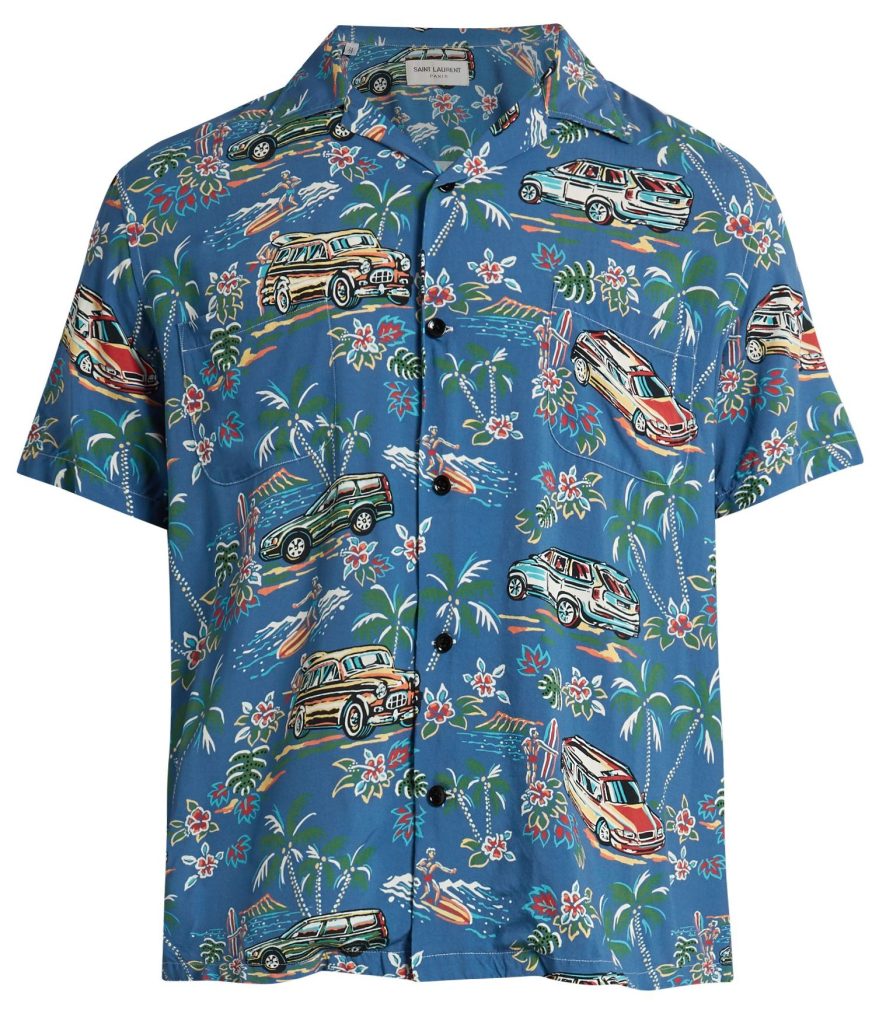 Reynolds looked cool and casual in this short-sleeved Hawaiian car-print shirt from Saint Laurent. The print, which has also been seen on a Saint Laurent scarf, gives this shirt a relaxed, lived-in feel – perfect for the vibe of the now-viral interview.

Cut from a blue twill, it features a floral, surf and car motif that calls to mind summer vacations and tropical getaways. Pair it like Reynolds over a white T-shirt, or wear it on its own with board shorts to the beach.