The rapper, better known as MGK, flaunts his street style and personality in the new images for Reebok’s re-issued Club C shoe — an updated version of the iconic tennis sneaker, which first gained popularity in the 80s and 90s. 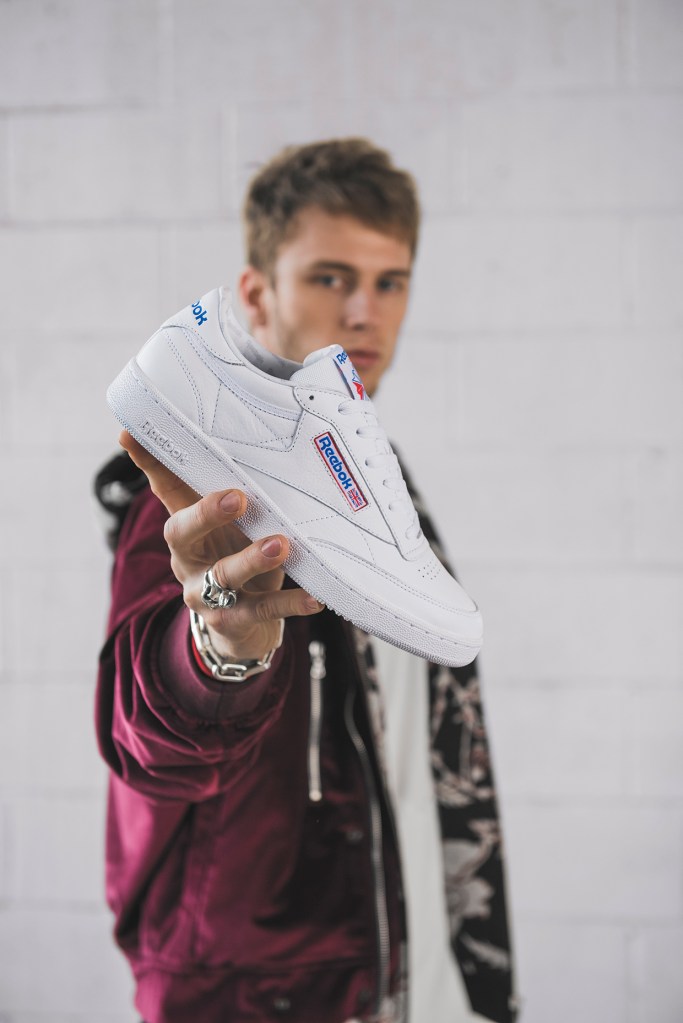 The Cleveland-bred MC, best known for his hit single, “Bad Things” (with Camila Cabello), appears in front of the camera for his first-ever campaign, rocking a bomber jacket, denim and a Reebok gray logo hoodie ($65) with the stark, all-white Club C kicks.

The photos were shot in an abandoned Chicago warehouse and were inspired by the city’s underground music scene, while evoking a nostalgic 90s vibe — both in line with the look and feel of the shoes. 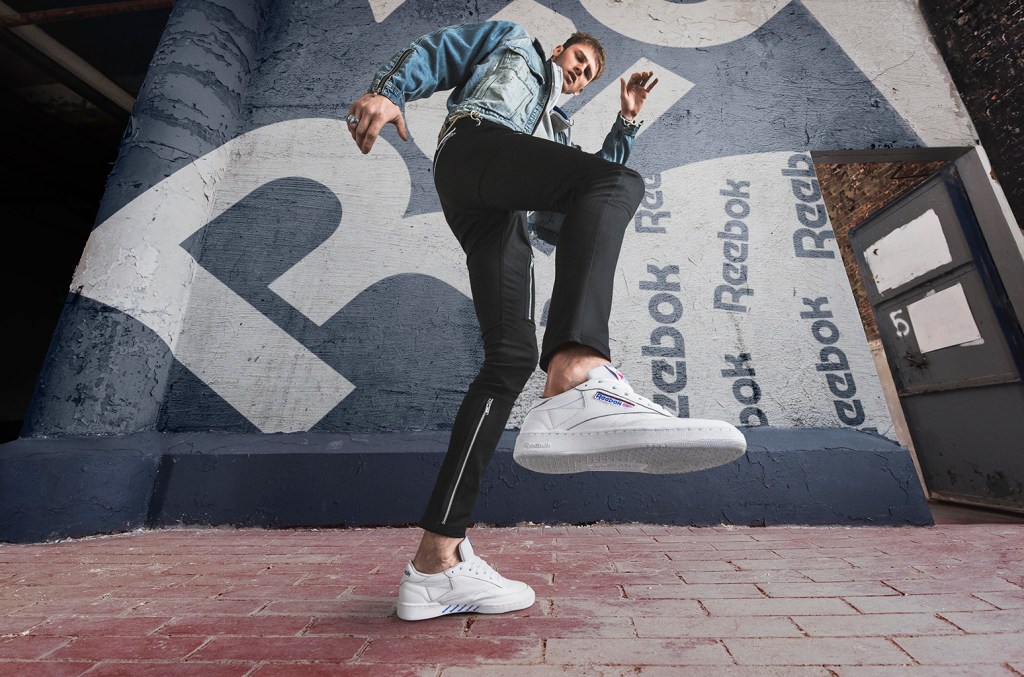 The Club C was first released in 1985 as an athletic tennis sneaker, but it quickly gained popularity off the court as well. This 2017 version features tumbled leather for softness, an EVA sole for comfort, rubber traction outsole for stability and a vintage 90s logo on the sockliner, which nods back to a classic era where Reebok reigned supreme. 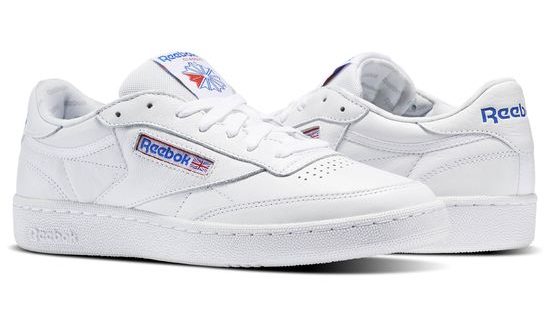 The shoes are available online now at Reebok.com and retail for $80. They’re available in six colors (including red, forest green, black and gray) in addition to white, and there are sizes for men, women and kids.

“I’ve always been a fan of the Club C sneaker because it’s super clean and timeless,” Machine Gun Kelly tells Billboard. “It’s one of those kicks that’s been in the street scene forever–more than 30 years. I think the fact that the Club C is still relevant today says a lot about Reebok as a brand and how they really are able to define what’s classic.”