There’s always been a market for weed-related products. Spy’s guide to the best gifts for stoners is always popular around the high holy day of 4/20. And as smoking marijuana is legalized in more and more states, we’re starting to see a dramatic mainstreaming of cannabis culture. Perhaps one of pop culture’s most well-known stoner icons is South Park‘s beloved Towelie.

(For the unfamiliar, Towelie is a towel that really likes to get high.)

With 4/20 just hours away, Adidas has teamed up with South Park for a special, blazing-hot collaboration featuring one of the long-running show’s most prolific potheads: Towelie. The Adidas Campus 80s South Park Towelie shoes will officially launch on April 20, and you can order your own pair for $100. 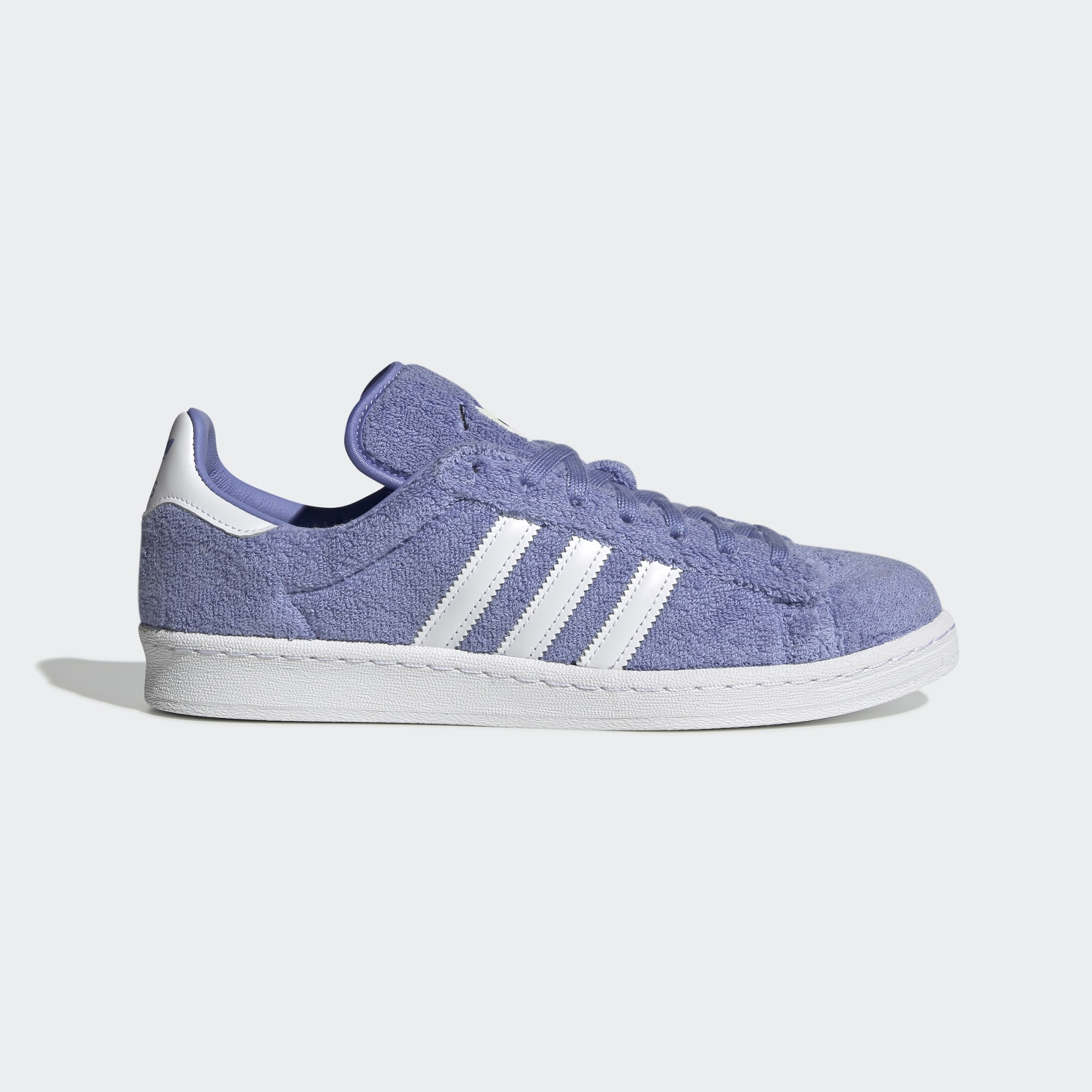 The brand has reworked their Campus 80 silhouette to mimic the texture of a towel, thanks to a purple terrycloth upper. If you’re worried about a towel shoe baking your feet, don’t worry, because terry cloth is actually really lightweight and mostly there to provide an interesting texture.

For some brands, that might be enough to call it a day. But not for Adidas, who took the design a few steps further. On the tongue of the shoe are Towelie’s anthropomorphized eyes, which, when exposed to sunlight, turn bloodshot as an ode to the character’s penchant for hitting the grass on South Park. It’s one of those simple things that make the shoe instantly stand out, and it’s sure to spark plenty of conversations during the Roaring Twenties summer that’s on the horizon post-quarantine. 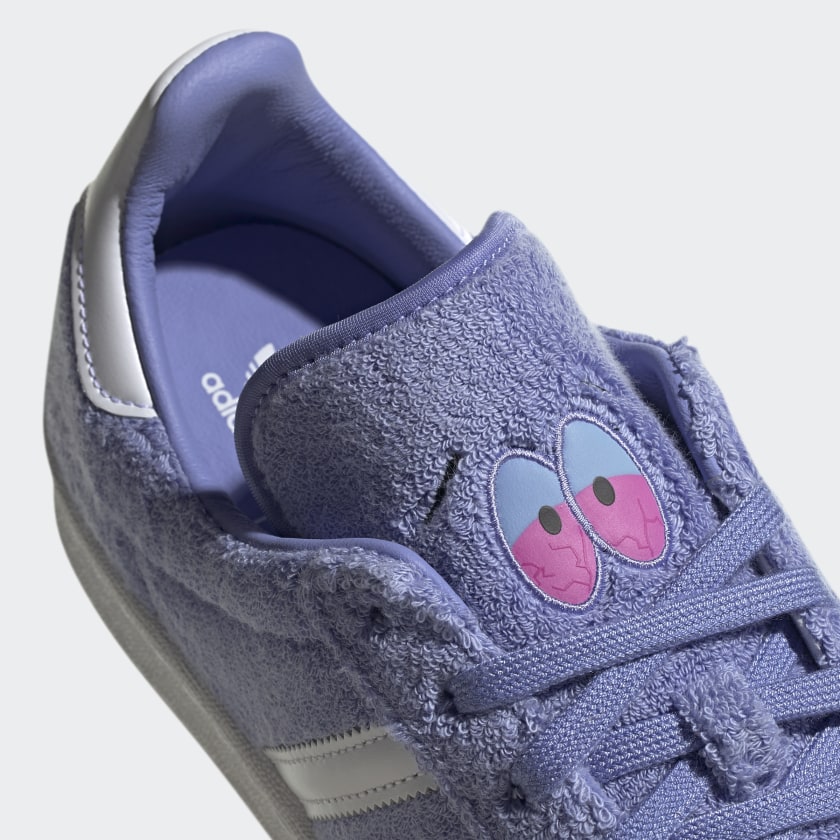 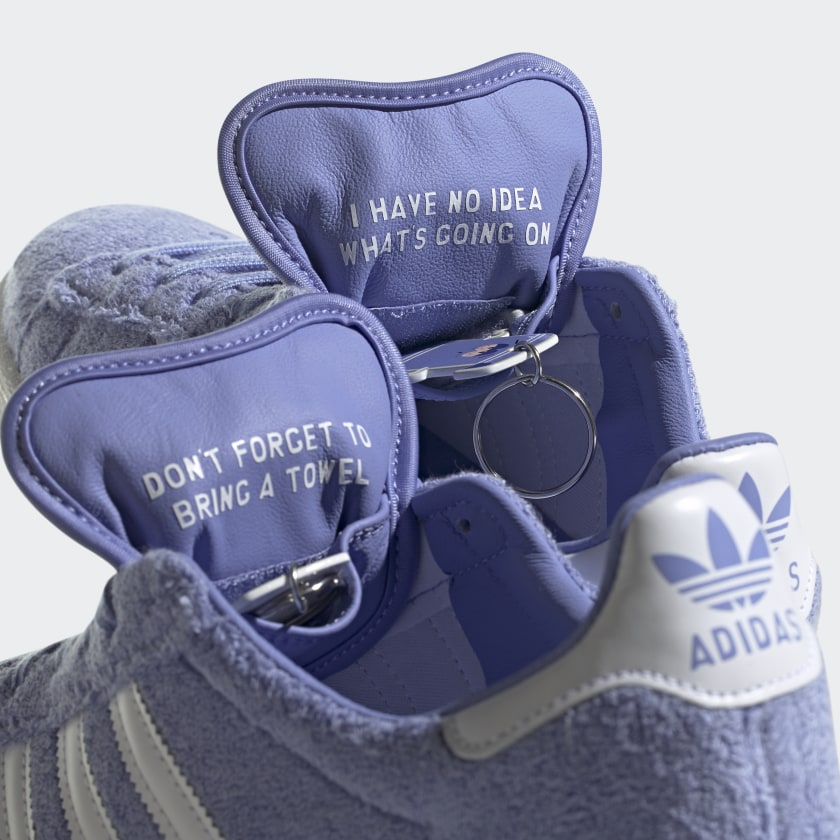 Additionally, the tongue hides a stash pouch for, ahem, any goods you might want to hold onto. The shoes will come shipped with two different Towelie keychains: one of a sober Towelie and another with a Towelie under the influence. Additionally, the interior of the shoe is printed with two of the character’s catchphrases: “Don’t forget to bring a towel” and “I have no idea what’s going on.” Adidas rounded out the shoe with white leather details, the classic Adidas three stripe logo and a matching white sole and heel cap.

Collaborations and partnerships can always be a dice roll, but it’s hard not to love the South Park x Adidas Towelie Shoes. The level of truly creative thought combined with a brilliant execution makes this one of 2021’s best new sneaker releases. It’s simple, sure, but the most well-executed concepts often come from a place of stripping something down to its purest form. That’s definitely the case here, as Adidas has seemingly struck gold, creating a shoe both stoners and South Park fans can enjoy in equal measure. And let’s be honest, there’s quite a lot of overlap on that particular Venn diagram.

If you want to order your own Towelie shoes, you’ll have to act fast before they sell out. The South Park x Adidas Towelies shoes go on sale at 10 a.m. eastern on April 20, 2021. So set your alarm, and don’t mess up the rotation, man. 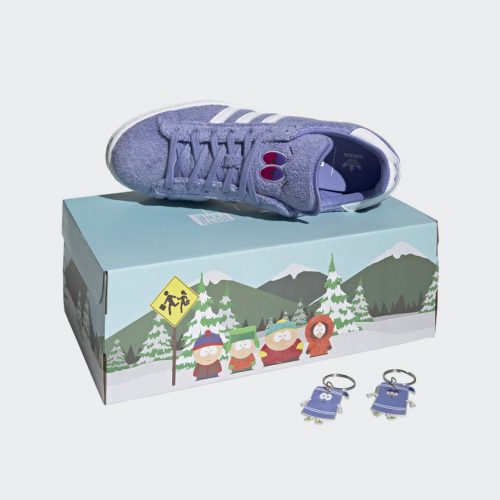 The Best White Sneakers for Men