Ah, St. Patrick’s Day. Even if you’re not from Boston or New York, nor happen to work at some pub like the famous “Molly Malone’s” on Fairfax in Los Angeles, it is one of those holidays that is hard to miss as an excuse for parties, themed-drink specials at bars and of course day-drinking. We’ve heard there’s a parade, and that in some places they serve green beer. Another tradition has it that you’re supposed to wear green to avoid getting pinched. St. Patrick’s Day is also a holiday whose traditions have a funny, non-obvious relation to its historical foundation. The legend of St. Patrick goes back to the late Roman times, when a Romano-British missionary converted the kings of Ireland to Christianity. Another, more dubious legend has it that he banished snakes from the island. What does any of that have to do with day-drinking office parties and green accessories? We don’t know! But some of those accessories are so weird we kind of want to work them in year-round. Take these odd green clover print sneakers from Zappos. 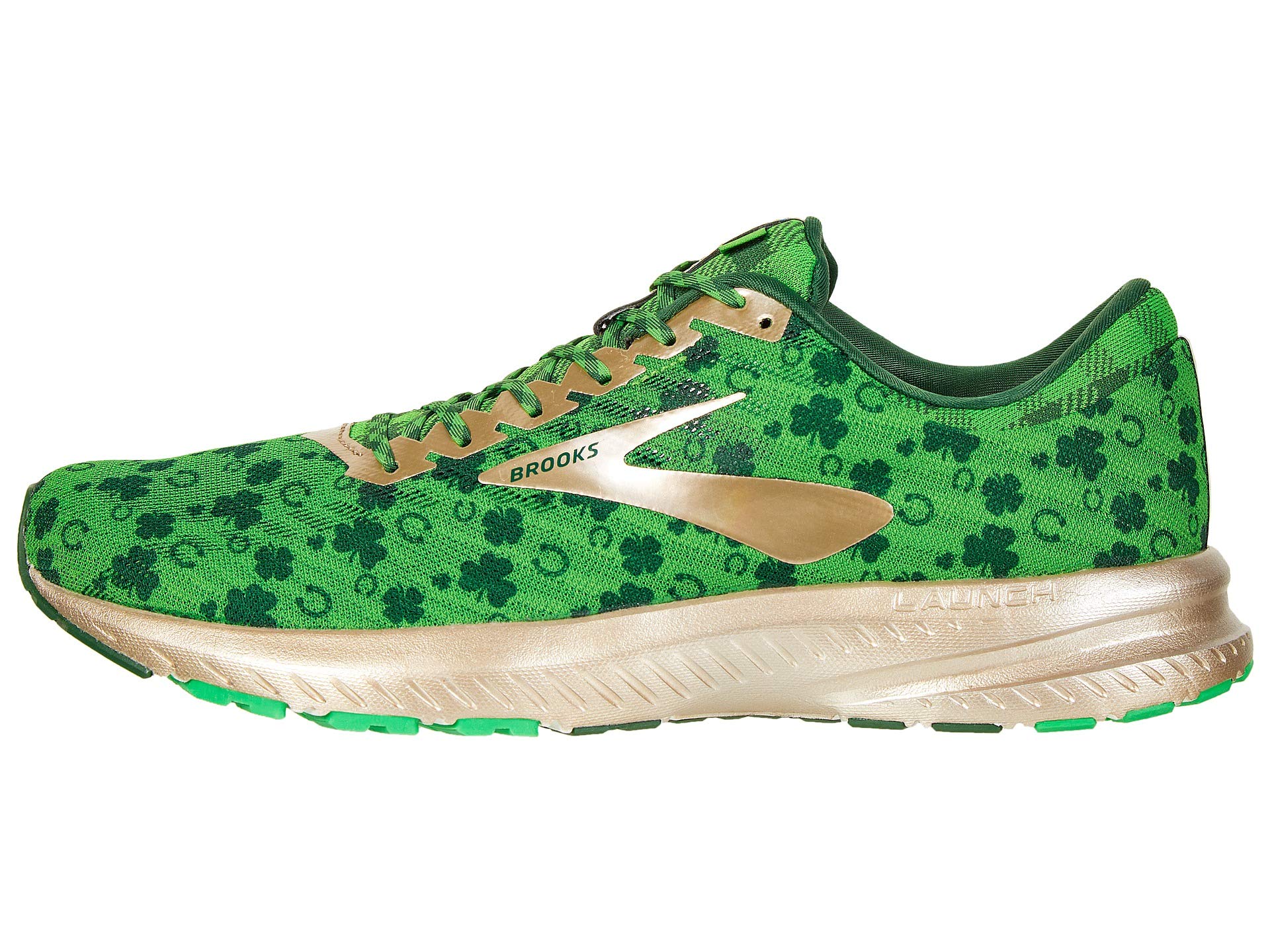 They’re based off the Brooks Launch 6 running shoe, and a quick glance at the spec sheet says they seem like good performers. They combine a flexible super lightweight 3D printed upper with a bouncy, segmented crash pad and “mid foot transition zone.” What St. Patrick’s Day has to do with running, we are unsure. But here you are. Update: apparently Leperochauns run away but if you manage to catch one, they have to give you a “pot of gold.” While that’s one legend whose problematic origins we probably don’t want to know, maybe these shoes are a good choice for running after strange little green men. Or even if you’re not doing anything that weird and uncomfortable, these clover-covered running shoes could be just the thing for burning off all the calories you drank over St. Patrick’s Day.