Intent on starting 2022 out with a bang, Todd Snyder is revving its engine up to collaborate with Harley-Davidson.

New York menswear designer Todd Snyder is one of our favorites, never ceasing to surprise with his unexpected collaborations. He already started 2022 with a rebellious collaboration, which seems like an aperitif for what was really around the corner: a collection with none other than Harley-Davidson. Out of all the team-ups between Snyder and other brands (see also: Champion, Converse, Timex, New Balance), this one feels a little out of leftfield. That is until you hear Todd talk about it.

“I’ve been working with Champion for a while now, and I found out that they actually used to produce apparel for Harley-Davidson,” Snyder told SPY over email. “I thought that was really interesting and decided to poke around. After digging into their history a bit more, it was clear that they had a lot of amazing graphics and pieces in the archives that I could reinvent for the modern man.” 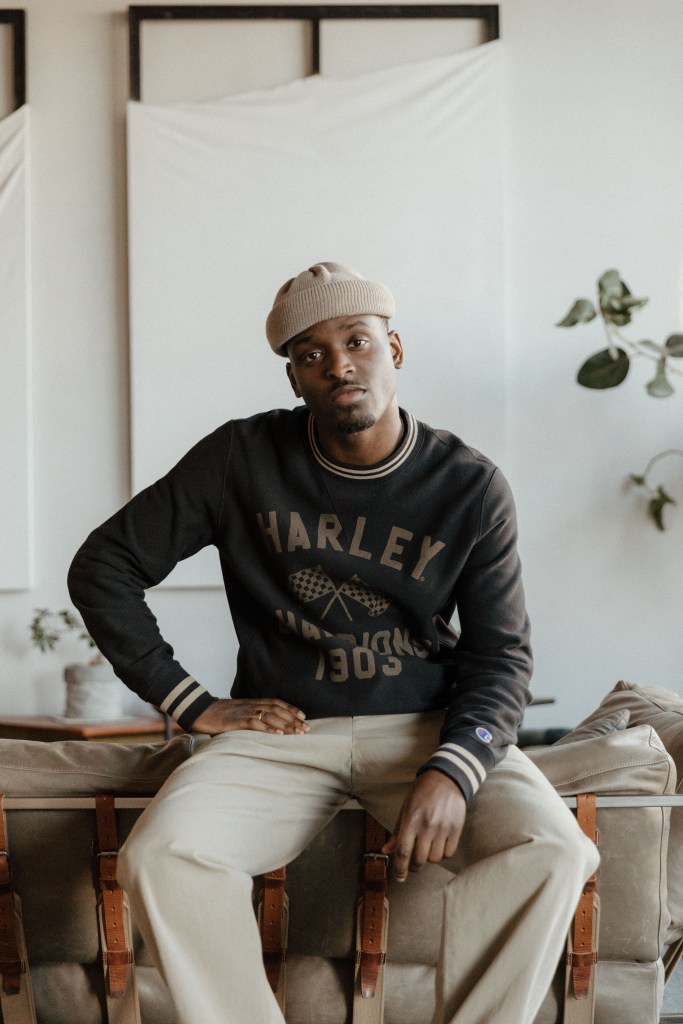 Instead of drawing on the maximalist graphics that Harley is now known for, Snyder went in a totally different direction, which resulted in a collection that’s more Grease than garish. Per the press release, it’s actually inspired by the early days of motorcycle racing where it wasn’t uncommon to hang out with “farm boys named ‘Floyd,’ ‘Ray,’ ‘Red’ and ‘Otto.'”

“I was really inspired by the Harley archives and some of the vintage racing graphics,” Snyder tells us. To wit, you’ll find plenty of racing-inspired pieces (we personally love the checkered-flag-inspired short-sleeve shirt) or even just unexpectedly stylish items you’d find around an auto shop, like an excellent herringbone cotton coverall, which is easily the showstopper of the collection. The coverall is inspired by Harley’s motorcycle training school, where a white uniform would “instill confidence like a pharmacist’s white lab coat,” per the release.

Snyder is equally as jazzed about it as we are. “We’ve never done something like the coverall, so I was really excited, and I’m curious to see how people respond,” he told us. “I think it’s so cool, and that menswear is in a space where guys will actually wear this and style it. I can’t wait to see how people take the coverall and interpret it for everyday wear.” 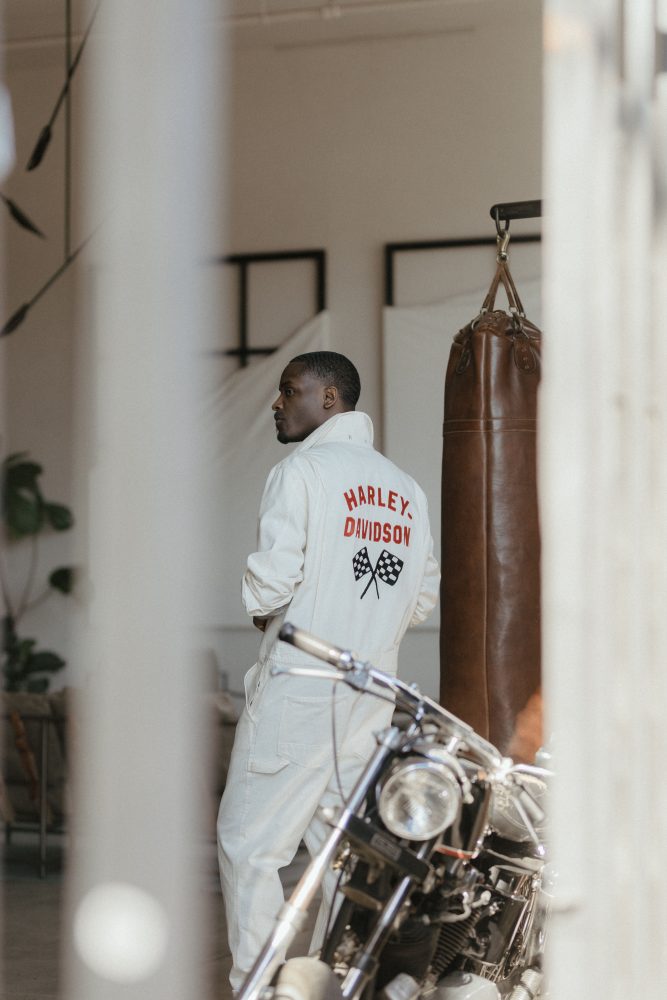 However, the most surprising part of the collection is Champion’s involvement. Snyder has worked with Champion for quite a while now — nearly a decade, in fact — but a three-way partnership seems like it would have been challenging to execute. That wasn’t the case.

“When we discovered that Champion used to produce Harley-Davidson apparel, we felt it was an important part of this collection’s story to bring them back into the mix,” Snyder stated. “Champion has been such a great partner over the years, but they really let us do our own thing in a lot of ways.”

At first glance, a collection with Harley-Davidson seemed like a radical departure for Todd Snyder. But first impressions are often deceiving. We’re happy to report that’s the case here, as the entire clothing line is, in typical Snyder fashion, well-thought-out and considered at every step. If you’re looking to snap up some gear for yourself, the collection drops on the Todd Snyder website on February 25 at 11 a.m. ET. Go ahead and start those engines, as we anticipate this stuff will get snapped up pretty quickly. 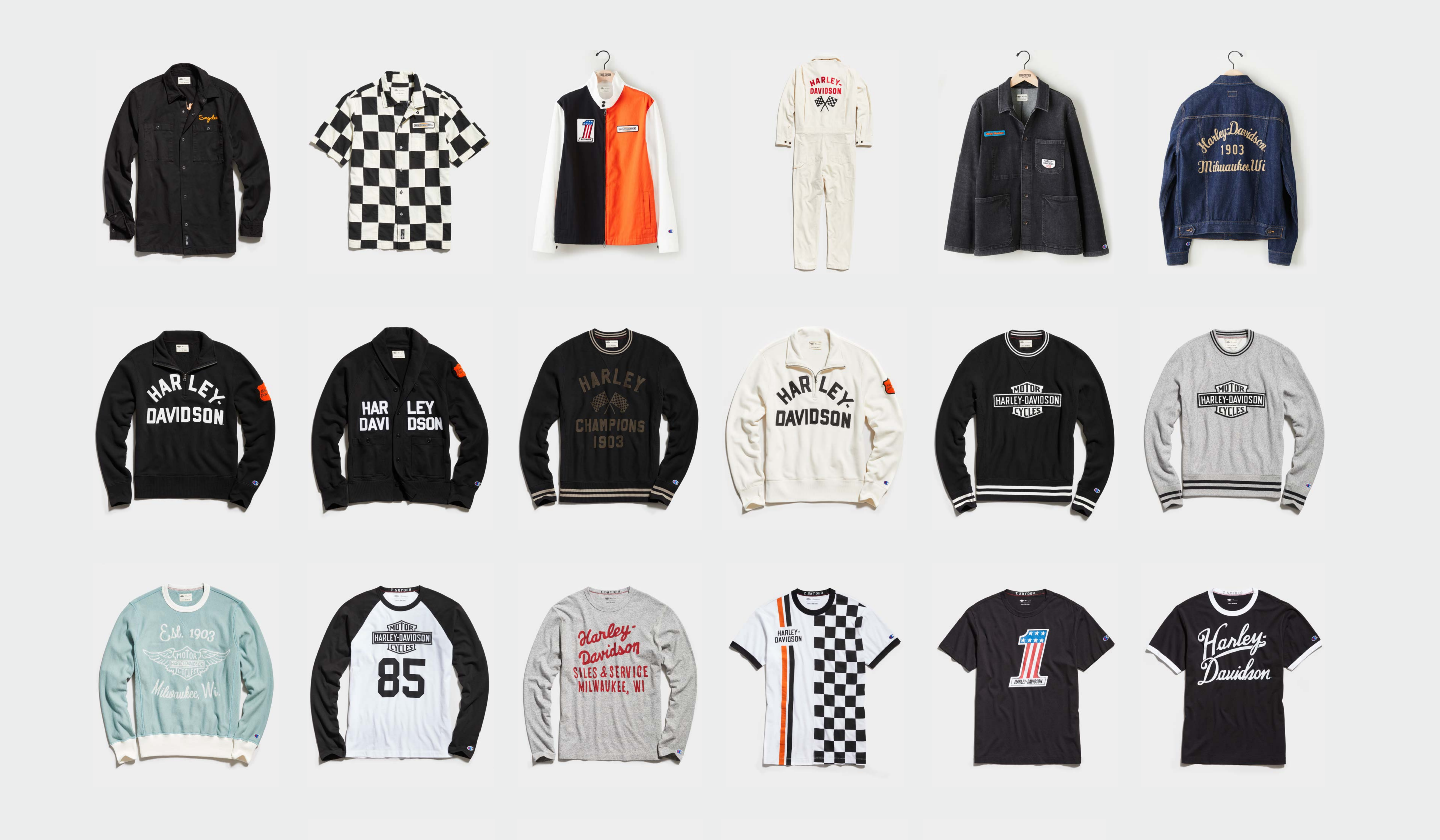 Get More Fashion, Grooming & Fitness Tips from SPY on Instagram…

Todd Snyder Closes Out 2021 With A Stunning Clarks Collaboration