The collaboration you need but never knew you wanted has arrived. On Thursday, May 20, Todd Snyder released his first collaboration with Converse. The collaboration showcases a large collection of apparel and sneakers inspired by the Canadian badminton champion and 1930s-era celebrity, Jack Purcell.

The Jack Purcell sneakers originally debuted in 1935, back when you could still become a famous badminton player, and were eventually acquired by Converse. As in previous Todd Snyder collaborations, the designer is remixing classic looks from the Converse product archive, just like he did previously with Timex and L.L.Bean.

In this new collection, you’ll see a revamp of the iconic Converse Jack Purcell sneakers as well as an array of complementary hats, tracksuits, polos, sweaters, rugby shirts and joggers. It’s a modern-day reinvention of the racquet sports aesthetic, offering a tracksuit in blue plaid that rivals your favorite oxford and a soft, ivory crewneck with a “Jack Purcell Racquet Club” logo emblazoned on the front alongside two badminton racquet clubs. 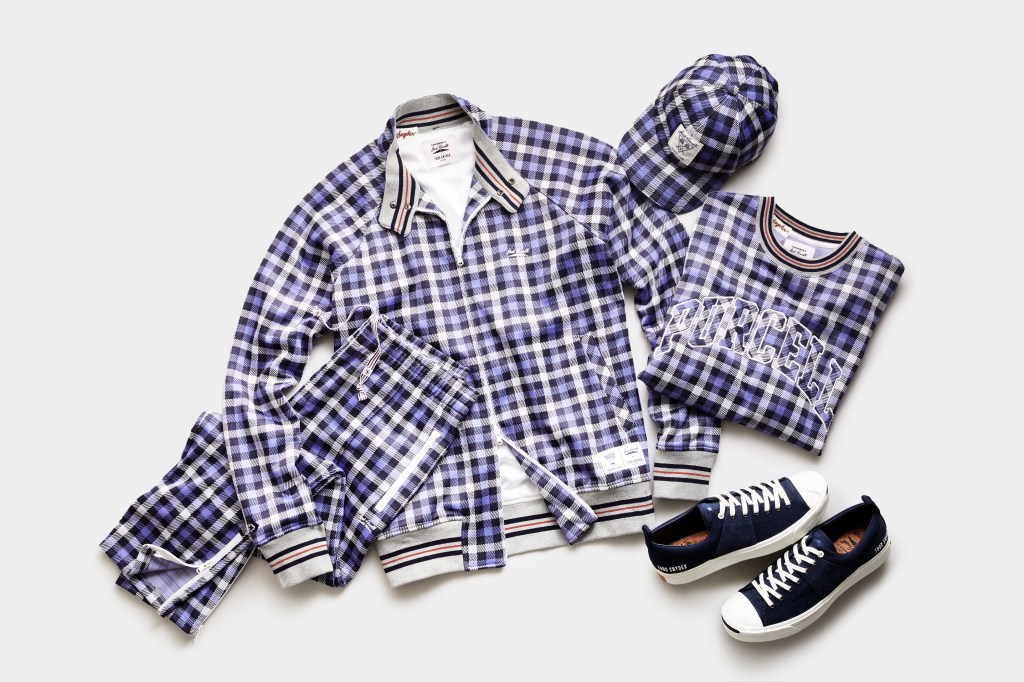 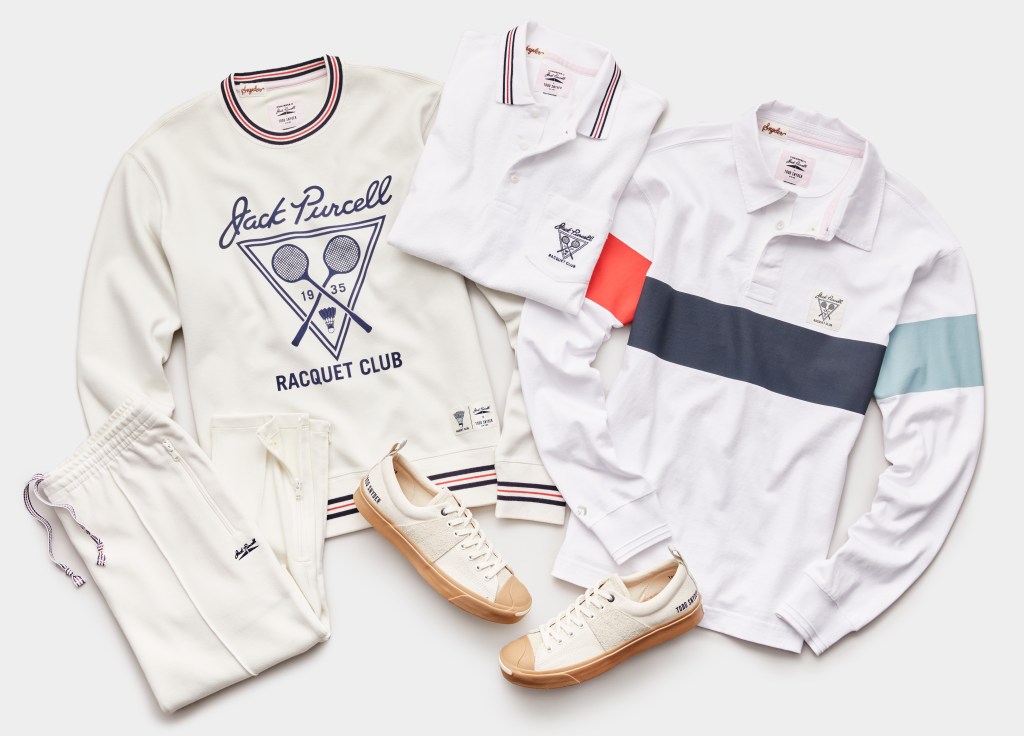 This pairing of Snyder and Converse is somewhat of a departure from the shoe company’s normal aesthetic, which typically leans more towards skater shoes and apparel. However, the juxtaposition of Ivy League detailing and streetwear silhouettes arrives just in time to satisfy the return of the preppy and modern athleisure trends that have taken center stage over the past few years. Inspired by menswear brands like Rowing Blazers, we’ve seen the return of preppy classics like rugby shirts and terry-cloth polos.

The new collection is hip, cool and relaxed, mixing in a bit of country club vibe in terms of its color scheme and plaid and striped patterning.

We asked Snyder about the new collaboration, and he told us over email that he took his design cues from Purcell and the country club aesthetic of yesteryear.

“I was really excited to work with Converse, and specifically to build a collection around the Jack Purcell, which debuted nearly 90 years ago. As I was researching the history, I was inspired by Jack Purcell himself, and the way he mixed classic club style with more of a rebel attitude,” Snyder said. 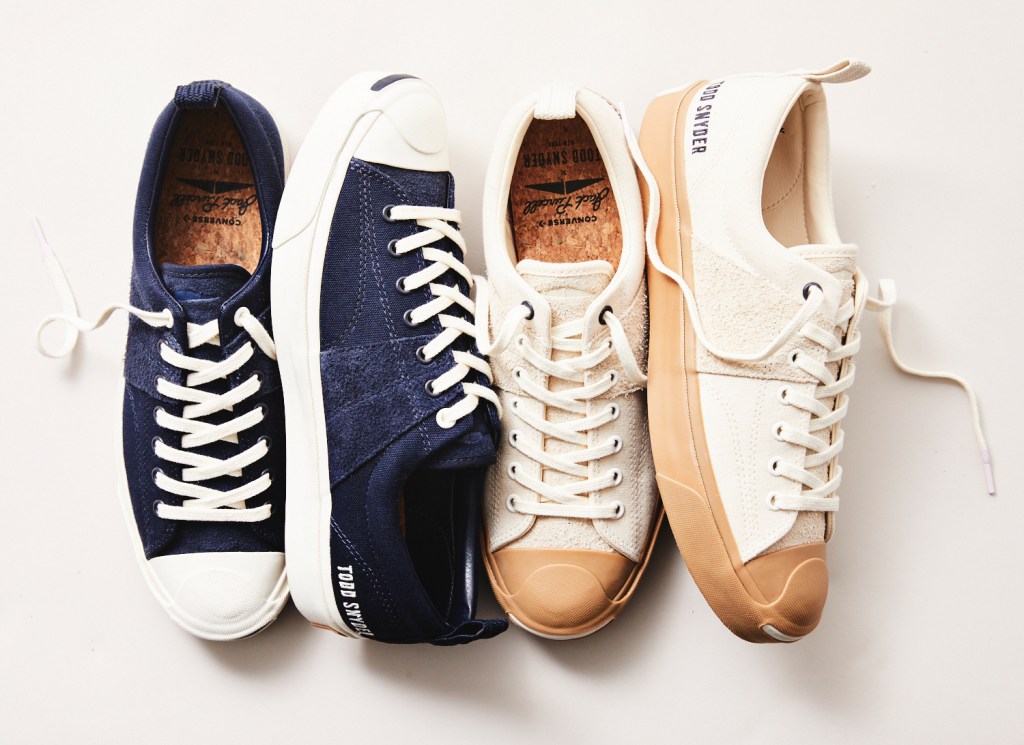 It may come as no surprise that the highlight of this release is the updated Jack Purcell sneaker. Snyder’s reimagination is offered in two colors: navy and egret off-white. Both come with suede detailing, an embroidered logo and a recycled rubber sole.

Check out some of our favorite pieces from the newly released Converse and Todd Snyder collaboration below.

Made with an upper of organic cotton and a recycled rubber sole, Snyder’s reworking of the legendary Jack Purcell sneaker offers a sleek and clean finish. The shoe comes detailed with a suede tongue and cork-lined insole for maximum comfort while the back features Todd Snyder’s embroidered logo. 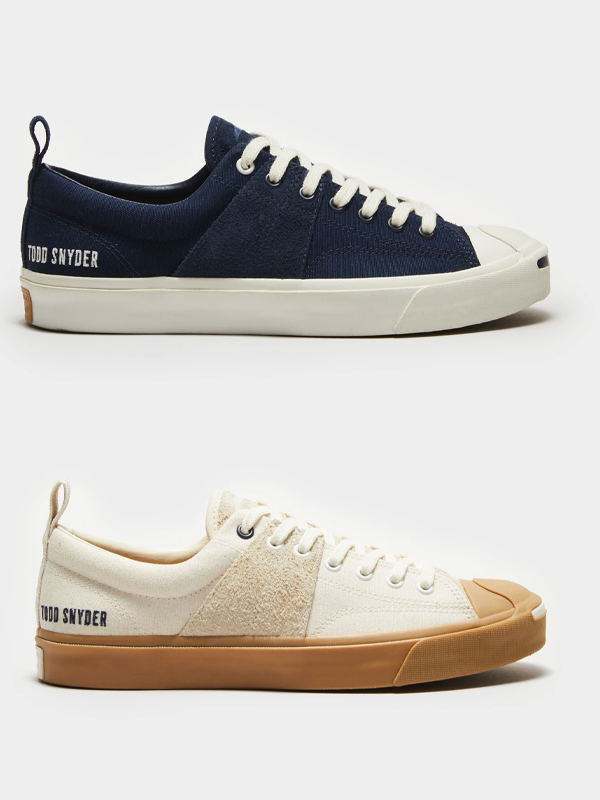 This soft Fresch terry sweatshirt takes sports apparel to the next level with its chich, yet laidback design. The off-white silhouette is smooth and velvety and marked by a cool front graphic touting “Jack Purcell Racquet Club.” 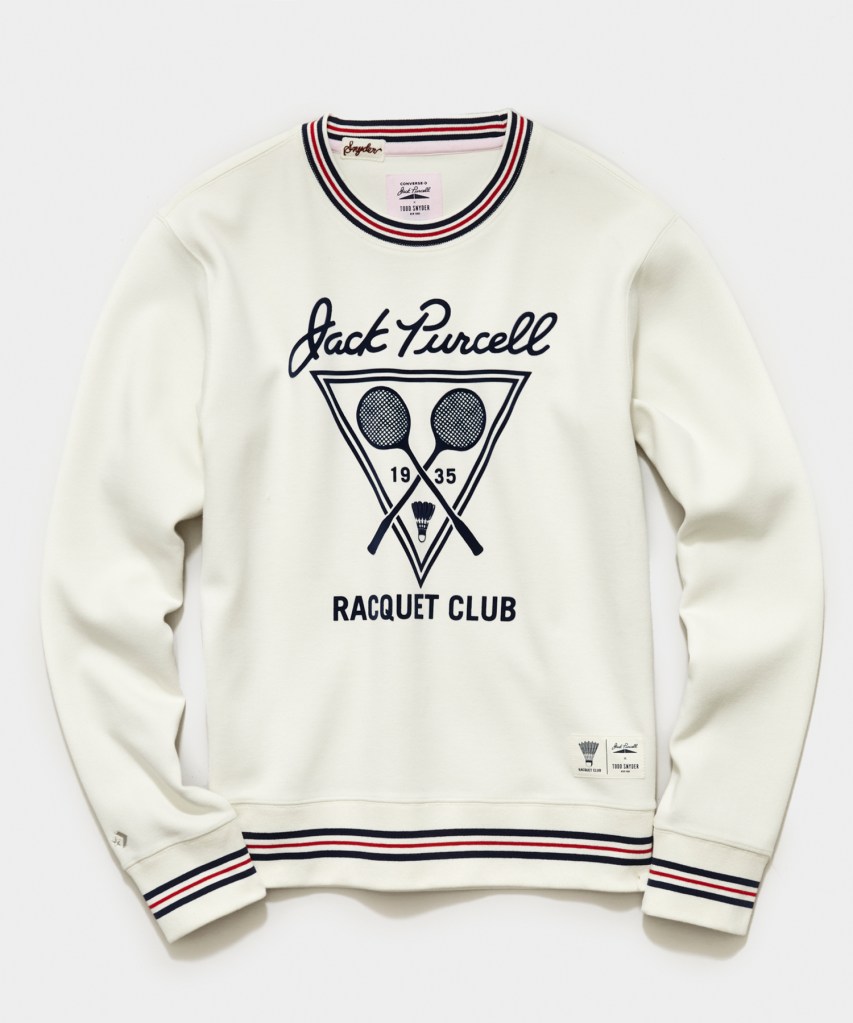 These joggers are available in both an egret white and a blue harrington plaid check. 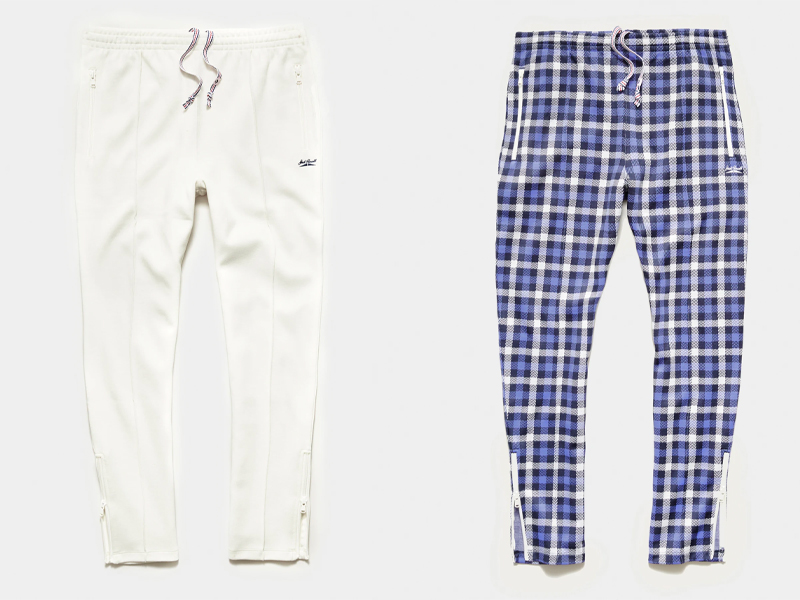 It’s hard not to love everything about the Harrington jacket. The modern prep elements paired with the track jacket silhouette that showcases an idealistic off-duty style. This jacket additionally offers raglan sleeves, a two-way front zipper, ribbed cuffs, and a stan collar. The back of the jacket presents a large Purcell logo and it can be effortlessly paired with the matching joggers and ball cap if you want to go head-to-toe in plaid. 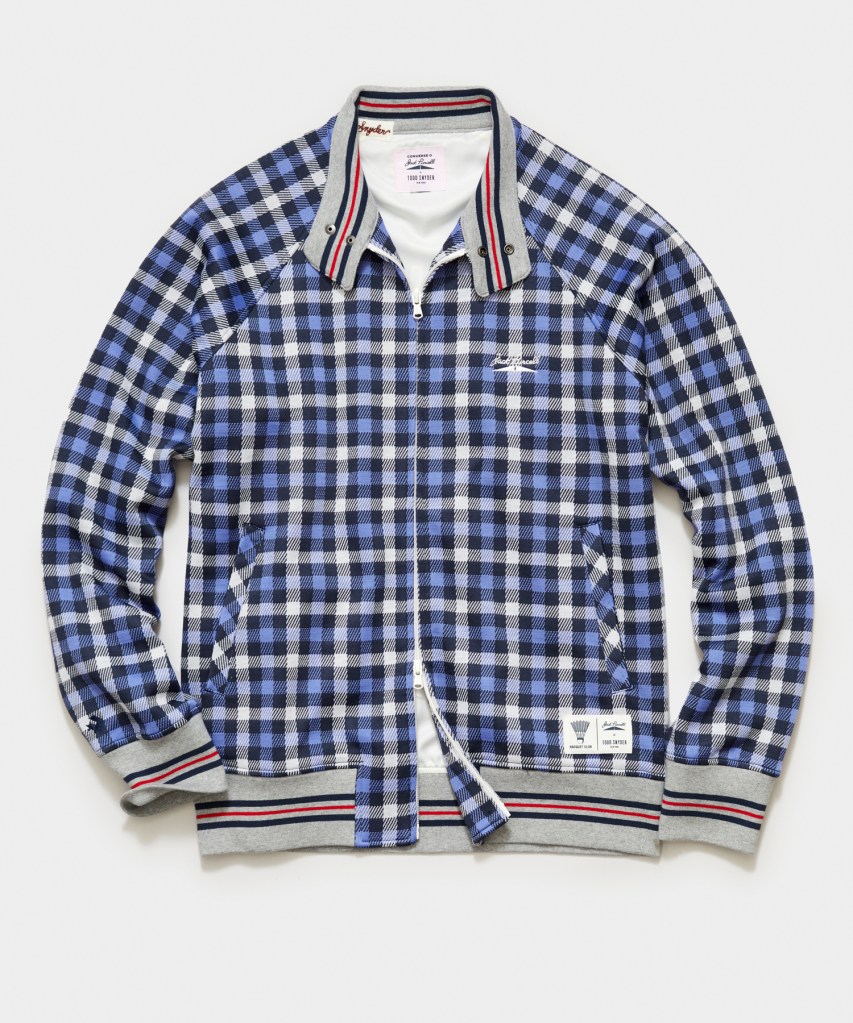 Converse & Carhartt WIP Collaborated on New Chucks, and We’re In Love With These Sneakers