The 90s are back in fashion, and brands are taking note. Iconic American fashion designer, Tommy Hilfiger, has officially resurrected his signature flag logo sweatshirt, which helped catapult the brand to unparalleled popularity in the late 1990s. The once ubiquitous item has been re-released as a limited edition piece that stays “true to its roots with authentic, back in the day branding.”

The Hilfiger flag motif has endured as a nostalgic artifact of the decade, but thanks to Hilfiger’s it-girl fan club, it’s rapidly making its way as one of the year’s biggest street style staples of the year.

Ever since the brand’s ambassador, Gigi Hadid, was spotted during New York Fashion week in a cropped version of the logo sweatshirt back in 2015, the once stagnant brand has undergone a serious revival. And Gigi isn’t the only one sporting Hilfiger insignia either; A$AP Rocky, Zendaya, and Hailey Baldwin have also been seen wearing his classic designs.

The 90s were all about bold branding and flashy logos, and this throwback sweatshirt is garnering some serious nostalgia–and hype. As expected, the limited edition pieces are selling quick, so you’ll have to act fact if you don’t want to miss out.  Available for both men and women, the blue-green crewneck sweatshirt is emblazoned with the Hilfiger flag on front with an appropriately 90s oversized fit. 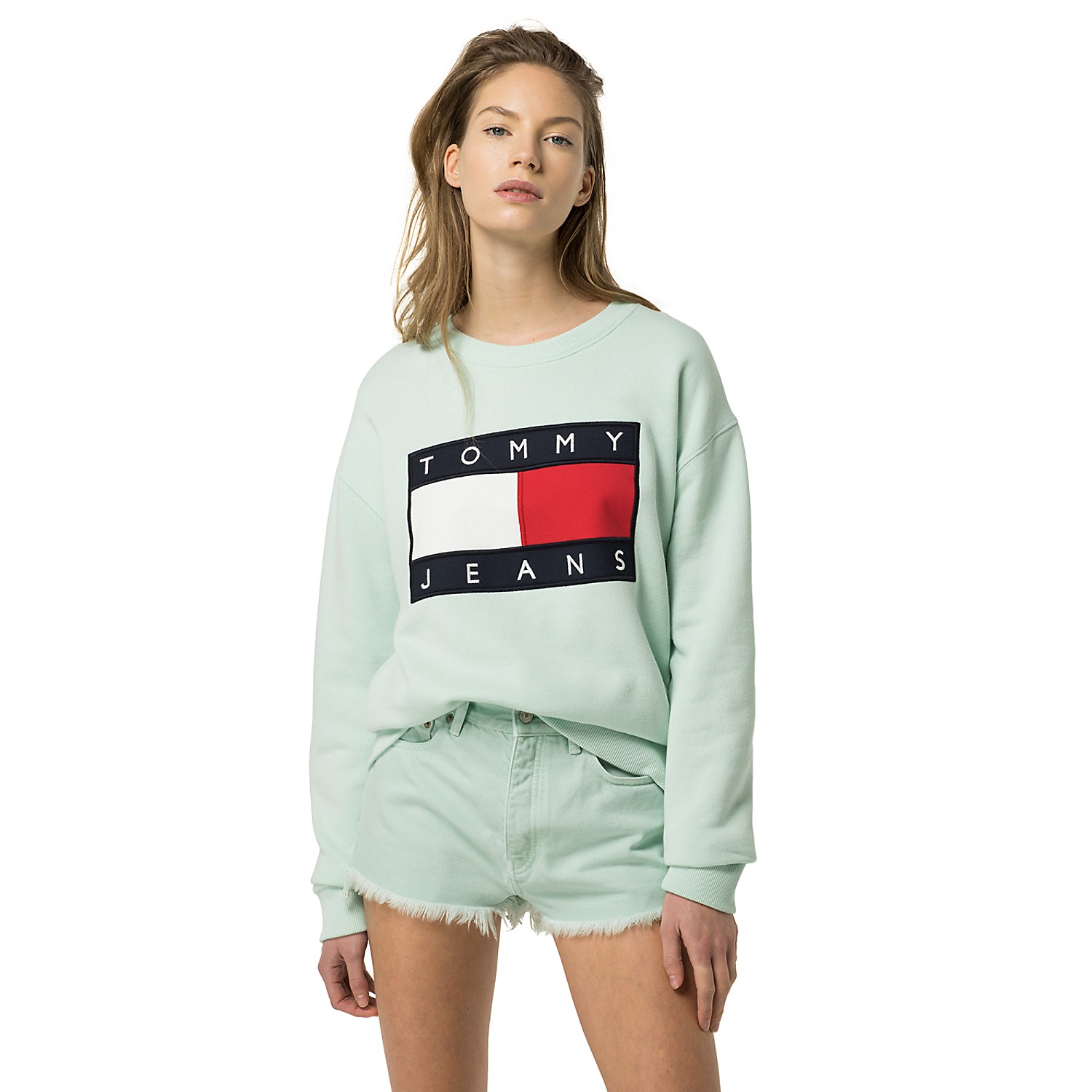 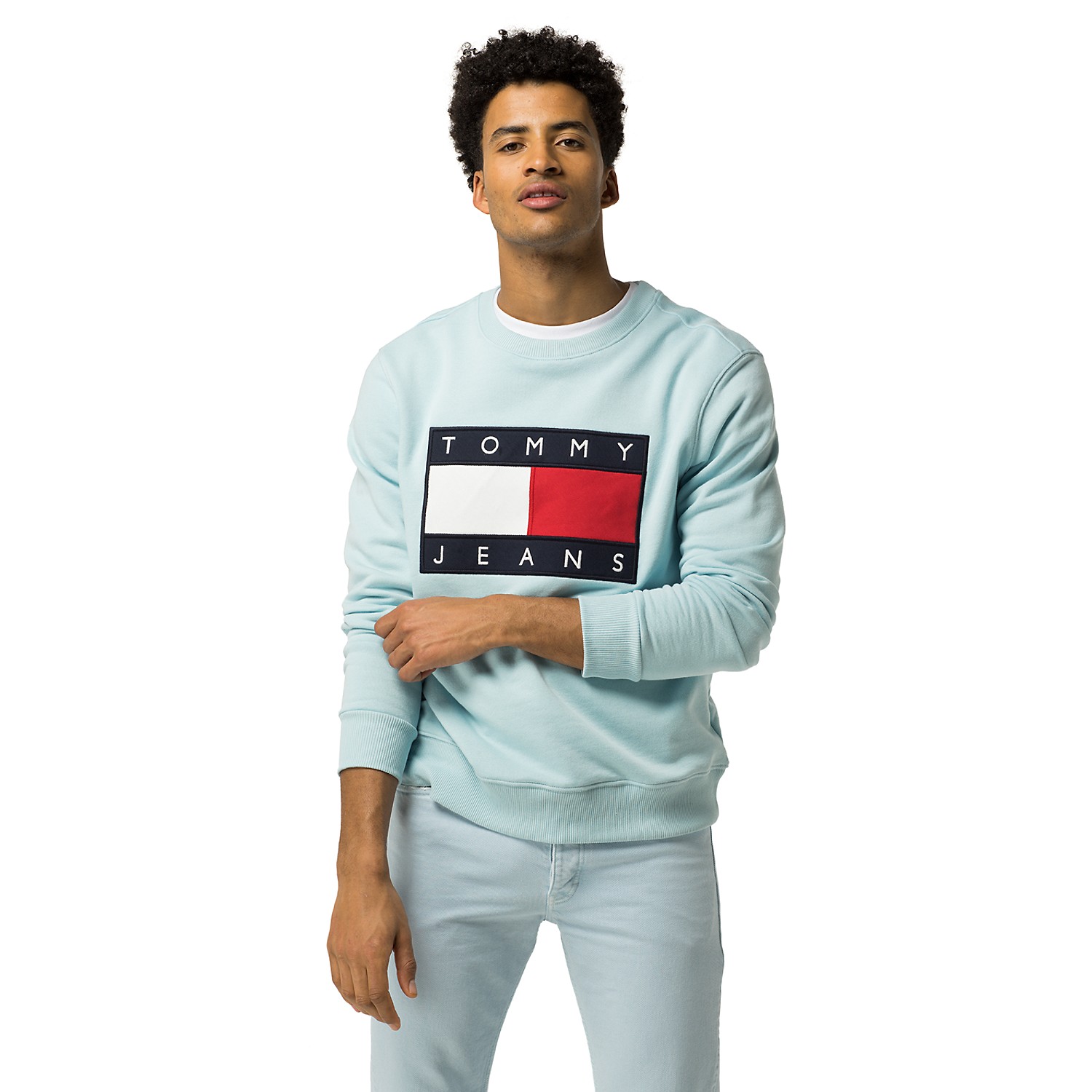