Chairman of the House Oversight Committee Jason Chaffetz (R-Utah) told reporters it was “clearly over the line, unacceptable” for Trump aide Kellyanne Conway to have used an appearance on Fox & Friends to promote Ivanka Trump’s fashion line. Read on for details of the latest ethical storm brewing over Donald Trump’s nascent administration and find out where to shop Ivanka Trump merchandise, in lieu of retailers who have dropped her brand.

From WWD:
The dust-up over Nordstrom’s decision to drop Ivanka Trump’s brand continued to build on Thursday with one of President Trump’s key aides taking to the airwaves to urge consumers to buy her merchandise. 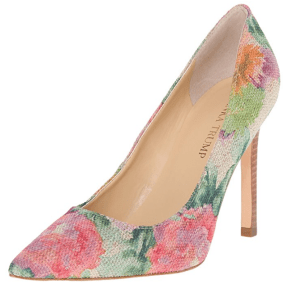 Kellyanne Conway, counselor to the president, told viewers of Fox & Friends early Thursday morning to purchase items from Ivanka’s line. “Go buy Ivanka’s stuff, is what I would tell you,” Conway said on the show. “I hate shopping and I’m going to get some myself today. This is just a wonderful line,” Conway said. “I own some of it. I fully — I’m going to give a free commercial here. Go buy it today, everybody. You can find it online.” 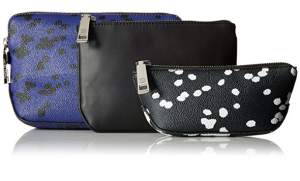 Conway said she met with Ivanka on Wednesday and praised her for being a “very successful businesswoman” who while stepping away from her business still has a brand and company that bears her name.

“I think she’s gone from 800 stores to 1,000 stores, or places where you can buy. You can certainly buy her goods online,” Conway said. “I do find it ironic that you’ve got some executives all over the Internet bragging about what they’ve done to her and her line,” Conway charged. “Yet they are using the most prominent woman in Donald Trump’s daughter and they are using her, who has been a champion for women empowerment, women in the workplace to get to him. I think people can see through that.” 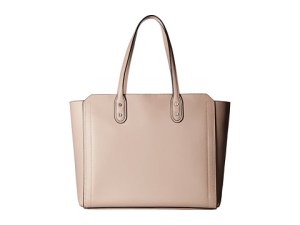 Many in the Twitterverse also took to social media to express support for Ivanka Trump’s brand as the hashtag #BuyIvanka began circulating widely on Thursday. Several commenters vowed to stop shopping at Nordstrom and buy the brand elsewhere.

Conway’s comments came a day after Donald Trump lashed out at Nordstrom on Twitter, criticizing the retailer for dropping his daughter’s brand and charging that she had been treated “so unfairly.” Nordstrom announced last week that it had made a decision to stop selling clothing and accessories from Ivanka Trump’s signature line, based solely on the brand’s performance, according to a spokeswoman.

Nordstrom also fired back on Wednesday, claiming it dropped her brand because sales had “steadily declined” in the second half of the year.