The Auction Block is a new series on Spy highlighting cool and unique products on auction websites. This week we’re putting a spotlight on a few of Tyler, The Creator’s best sneaker collabs for sale on StockX.

When it comes to the most hyped sneakers, Nike (including the Jordan sub-brand) undoubtedly gets most of the attention. Brands like Adidas generate plenty of buzz, too, albeit largely through the Yeezy brand. Way down on the list would be Converse. Converse (which is owned by Nike, although people generally don’t associate the two by name) is enduring and undoubtedly popular, for sure, but it’s rarely buzz-worthy — Chucks are so widely available that you’re unlikely to see people camping out outside the Converse store for a shoe they can buy at Nordstrom. One outlier is the ongoing collaboration between Tyler, The Creator’s Golf Le Fleur label and the Massachusets-based footwear icon.

Tyler has been working with Converse since 2017, and instead of flipping the most recognizable silhouette, the Chuck Taylor, Tyler went for the One Star. It might seem like a surprising choice, but it makes plenty of sense for Tyler, The Creator. For one thing, he’s always gone his own way when it comes to style. If Tyler’s clothes are trendy, it’s only because he makes the trends. Another reason the One Star makes perfect sense is its origins as a skate shoe, a subculture Tyler is deeply enmeshed in.

One of the best things about Tyler’s collaborations with Converse is that they’re still ongoing. Many collaborations are one-offs between strange bedfellows, and they can often come off as somewhat cynical or even desperate. When Tyler works with Converse, there’s a clear impression of his personality stamped on the shoes, and the sustained release of new designs makes the collaboration feel like a genuine partnership. His latest efforts have focused on the All-Star high top, and the latest release coincided with his new album, Call Me If You Get Lost. The sneakers featured a graphic print and showcased Tyler’s preference for light pink and earth tone colors. Unsurprisingly, it sold out very quickly.

As cool as his All-Star and Gianno designs are, it’s arguably the One Star that will continue to stand out when the sneaker history books get written. What makes the One Star so great isn’t just the vibrant colorways, but Tyler’s unique and distinctive spin on the star logo, which he surrounded with a distinctive floral motif. As is obviously the case with limited edition shoes, these aren’t still being produced. But you can find them on sites like StockX, with prices varying substantially by style.

Check out some of the Golf Le Fleur Converse shoes below, which are available from StockX now.

The pink and blue colorway feels like the Mystery Van from Scooby-Doo, in the best way possible. 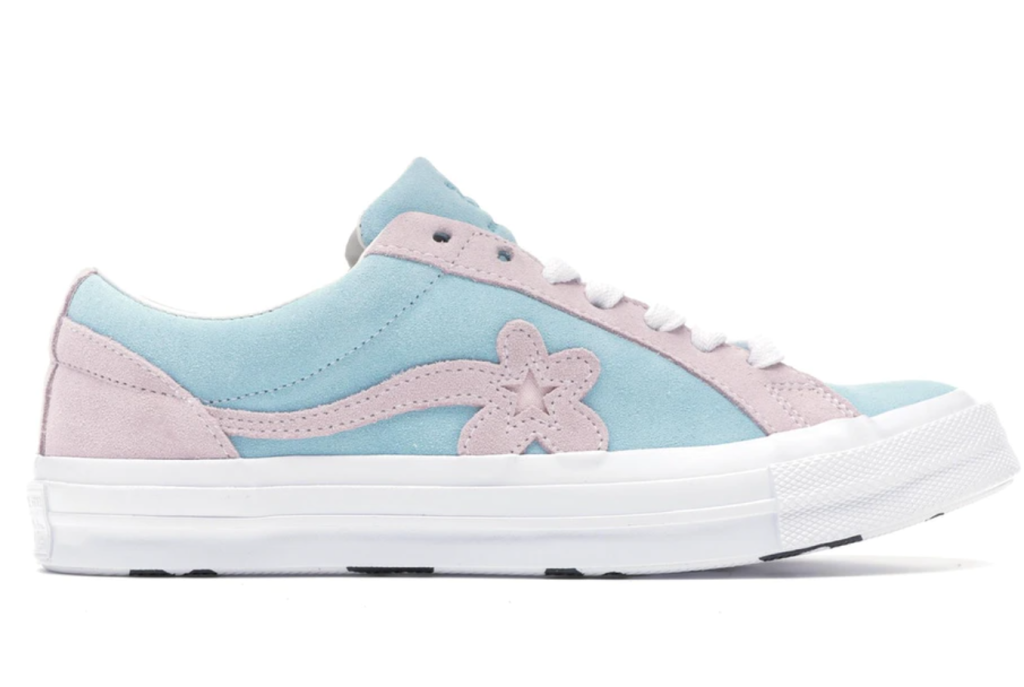 The pink and orange take on the Converse One Star is vibrant, even by Tyler, the Creator’s standards. 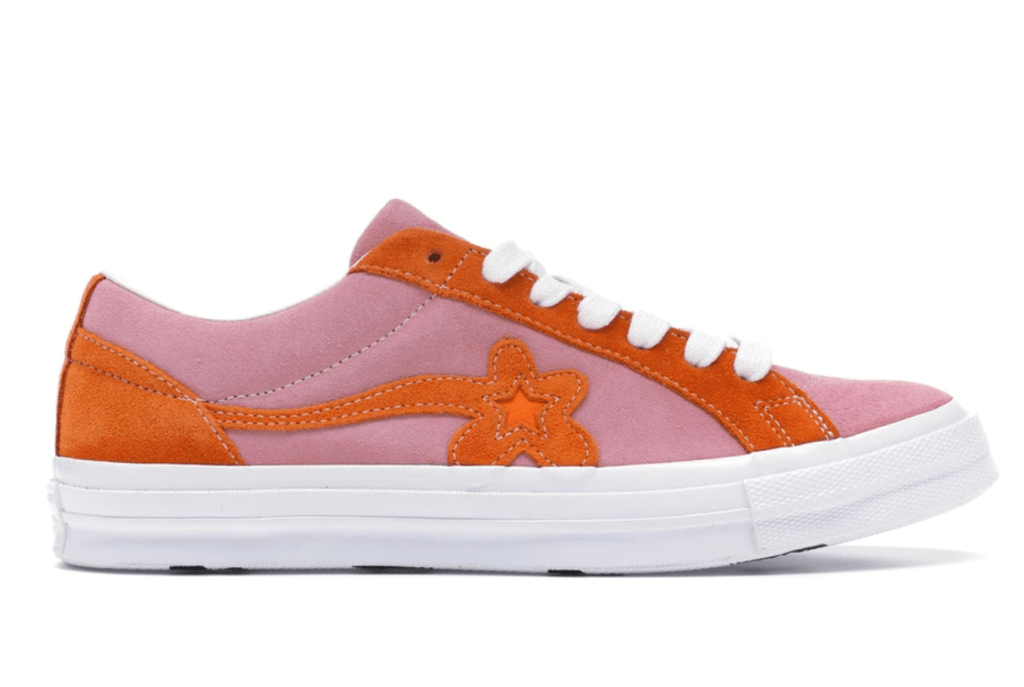 Not every resale is particularly expensive. This is one of Tyler’s more recent designs, having been released in late 2020. These All-Star 70s go for less than the retail price of regular Chuck 70s. 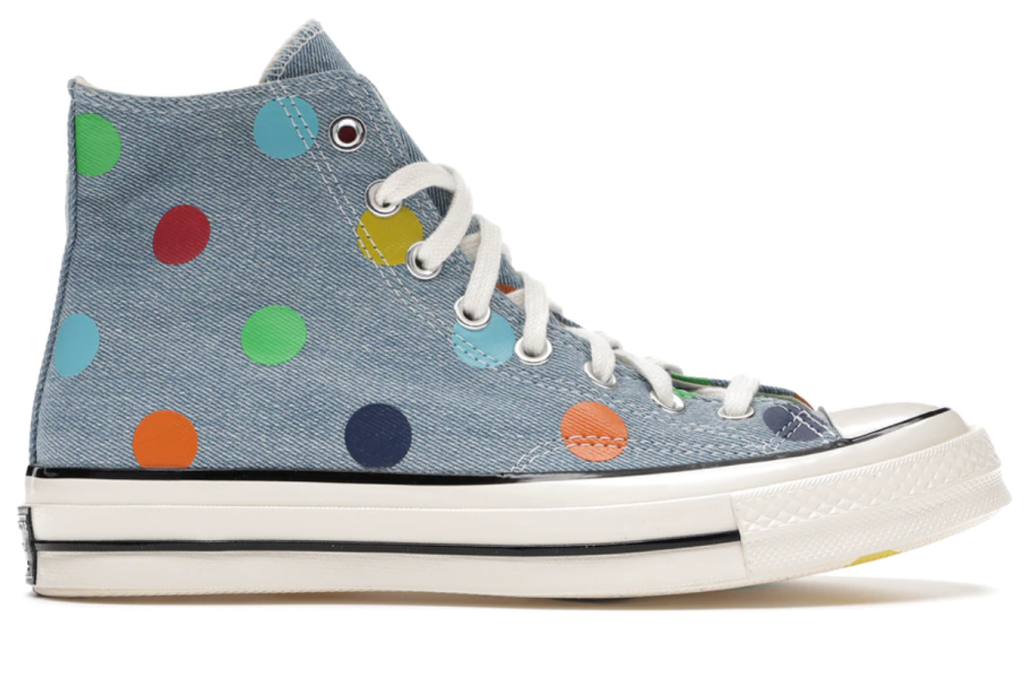