They say, when it comes to fashion, that everything old is new again, but does that adage hold true when it comes to streetwear? While the 90s and early 2000s brought us an influx of cool, hip hop-inspired streetwear brands, those familiar names and big logos have all but disappeared today, in favor of younger, newer – and some would argue, hipper – independent brands. But with nostalgia seemingly at an all-time high (see: the remakes of all our childhood movies and shows on TV), is the timing ripe for an urban streetwear comeback?

From WWD:
While brands including Guess, Nautica and Calvin Klein have capitalized on this Nineties trend with capsule collections targeting a younger consumer — Guess partnered with A$AP Rocky and Nautica tapped 19-year-old rapper Lil Yachty  — urban streetwear brands have yet to do the same.

In some cases, it’s intentional as former teen favorites have opted to grow along with their customers and stop chasing a fickle young consumer. But for others, the industry says it’s impossible to make a major comeback given the current marketplace.

“I don’t want to make clothes for Millennials,” said Russell Simmons, who founded Phat Farm in 1992. “That’s not my brand.”

Simmons is instead concentrating on his new Los Angeles yoga studio and active line, which are both called Tantris, along with Argyleculture, a menswear brand he introduced in 2008 that’s sold exclusively at J.C. Penney.

Argyleculture caters to a multicultural customer Simmons calls the “urban graduate,” who has grown up with him and is looking for an alternative to Polo Ralph Lauren, Tommy Hilfiger and Calvin Klein. 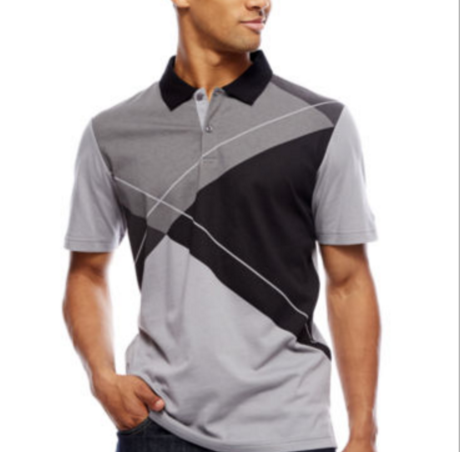 This argyle printed polo from Russell Simmons’ new clothing line is made with light, breathable fabric that’s perfect for active or casual wear.

The idea to abandon Phat Farm and create a new brand for a new customer came from Glen Farraye, president of the Simmons Design Group, who was tasked by Kellwood Corp. with reviving Phat Farm when it acquired the label in 2004 for $140 million.

“Phat Farm’s business had basically dissolved and nobody knew why,” said Farraye. “I said, ‘Russell, you can’t connect with teenagers because you are 50 years old. You need to reconnect with your audience from a mature point of view.’”

Both Simmons and Farraye agree it would be hard for urban streetwear brands, including Phat Farm, to reassert themselves in the market in an impactful way. But Farraye believes this is the typical trajectory of young men’s brands, which are usually hot for 10 to 15 years before losing momentum, whereas brands that don’t chase a youth-oriented customer have a longer shelf life.

Rocawear, which was acquired by Iconix for $204 million in 2007, is still in existence and sold at stores including Dillard’s, Amazon, J.C. Penney and Dr Jays. Aleesha Smalls, the senior director of interactive marketing at Iconix, who has worked for Rocawear since 2001, said the goal is to cater to the core customer with its product, which she said hasn’t strayed too far from its original aesthetic, and partner with influencers to speak to a younger audience – earlier this year, DJ Khaled was named the face of the brand. 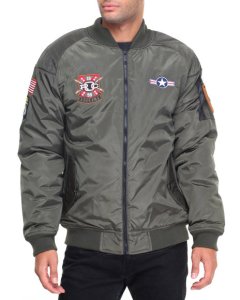 This army-inspired flight jacket with embroidered patch detailing is at once fresh and old school. Wear it slightly oversized for a casual, confident look.

“I wouldn’t say that we have said, ‘Let’s create a capsule collection for x, y and z,’ but I think it’s more about allowing the brand to live in different spaces through the lens of these ambassadors and influencers as a way to tap into a different audience,” said Smalls. “But if something is trending, we bring it back into the collection, like our velour tracksuits.”

Sean John, which received a jolt of press when Rihanna wore an original pink velour tracksuit from the brand on the street last year, is operating in a similar way. The company, which revealed that Global Brands Group purchased a majority stake, now spans 16 categories — suits, watches, fragrances, boys’ and girls’, etc. — and is sold primarily at Macy’s. According to Jeff Tweedy, Sean John’s president and chief executive officer, the brand has integrated vintage-inspired pieces into its existing assortment and plans to bring back the Sean John script logo next year, but there haven’t been any special collections to speak to a younger audience. Tweedy added that, similar to Argyleculutre, Sean John’s men’s wear customer is now 30 to 40 years old. 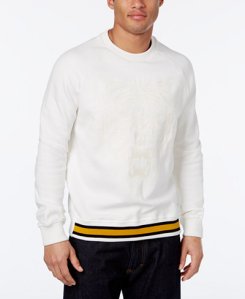 This ribbed crewneck pullover is preppy and street at the same time, with a contrast color hem and a subtle tiger motif on the chest.

“This is the problem, if you are out of sight, you are out of mind,” he said, adding that many urban streetwear brands didn’t create classic items that could be sold for decades. “Fila had that velour suit, Champion had their sweatshirt, Calvin Klein had that jean that Brooke Shields wore in all of their campaigns. I don’t think a lot of these brands made any of those iconic pieces that people remember.”

Daymond John, now a regular judge on ABC’s hit TV series “Shark Tank,” started Fubu, which is still privately held, out of his mother’s house in 1989. Fubu hit its peak in 1998 when sales were more than $350 million. In 2003 it mostly left the U.S. market to focus on overseas sales and in 2010, Fubu launched a legacy brand that John contends didn’t succeed due to the recession. The brand currently distributes footwear in Wal-Mart Stores and suits in Korea, the Philippines, South Africa, Spain and Australia. John said every so often he makes special pieces, mostly hats, to put on social media and give to celebrity friends and will be collaborating with Ebbets Field to create the brand’s popular jerseys and hoodies. 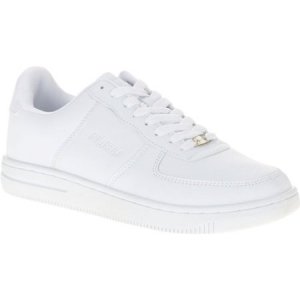 The classic white sneaker as done by FUBU, these shoes feature a padded footbed, mesh upper and specially-designed sole for comfort and stability.

“Fubu was the one that really catered to the urban market,” said Tran. “People were wearing Tommy, Polo and Guess, but those brands weren’t made for the urban market. Fubu was the first brand to say this is for us, by us, and I think there is more of a legacy and heritage there that still means something today.”

Farraye also believes that many urban streetwear brands haven’t jumped on capsule collections in the same way Nautica and Tommy Hilfiger have because it isn’t a profitable business, but Aaron Levant, founder of streetwear trade show Agenda, doesn’t agree.

“Urban Outfitters is a decent-size retailer so there’s money there, but brands do these things to get a new generation interested in the brand and that can translate into long-term financial growth down the line,” said Levant, who noted Kith’s recent collaboration with Iceberg, a brand that was popular with rappers in the late Nineties and early Aughts. “It is possible for these brands to make a comeback. It just takes the right person from the right era and the right retailer to reenergize it. But many of the people who own these brands are disconnected and don’t have any interest in doing that.” 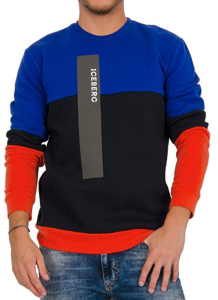 The iconic Iceberg brand makes a comeback with this thoroughly modern colorblock sweater.[/caption]


Instead of one-off collections, Farraye says the real opportunity for urban streetwear brands is to create a more mature version of that line and not attempt to cater to the younger consumer.

“You can’t just reinvent the brand. You have to present something with new branding that is for an older audience,” said Farraye. “Unfortunately that customer grew up and left those brands, and teenagers coming in don’t want them, but there’s an enormous opportunity to reconnect with that urban audience if they would connect with that adult guy.”

This article is being republished with the permission of WWD. To read the full version, click here. If you buy something because we told you about it, we may receive compensation from retail partners.