Children of the 90s have yet another resurrected trend to celebrate: light-up shoes. Get the whole scoop below, plus check out a similar style that you can buy now and watch a vintage LA Gear commercial.

From Footwear News:
Are light-up sneakers going to be a money-making trend this year? Walmart’s banking on it. Ahead of the retail giant’s shareholder meeting today at the University of Arkansas, Walmart chief merchandising officer Steve Bratspies outlined the company’s plan to focus on illuminating shoes. 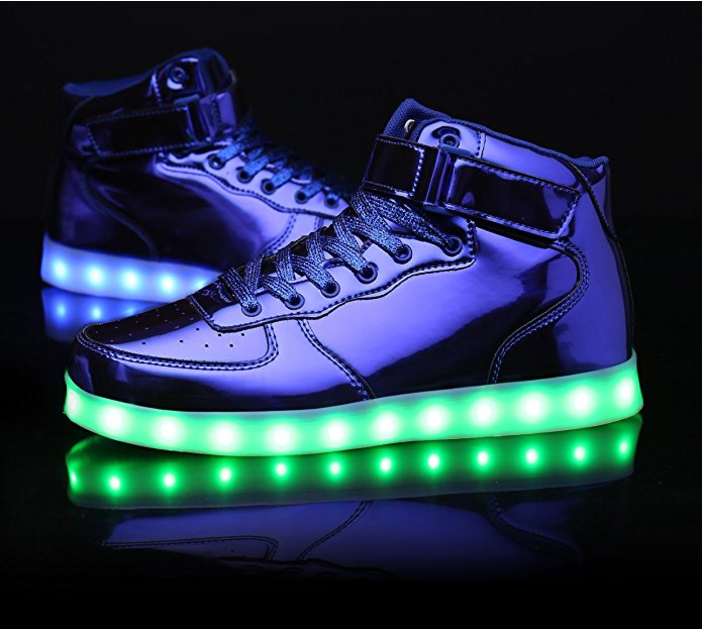 According to The Washington Post, Bratspies says Walmart plans to sell 1.25 million pairs of the sneakers in 2017 for a total of $25 million. “Flashlight sneakers. These are a huge trend we’re betting on this year,” Bratspies reportedly said. The shoes are slated to release next month in black, gray, pink and white styles with blue, green and purple LED lights, according to the Post. They’re rechargeable with a USB cable and boast up to eight hours of lighting.

A retail price of around $19.97 is expected for the sneakers, which Bratspies says is a fraction of what “the biggest national brands” charge for similar designs. This isn’t the first recent foray into budget-priced light-up footwear. Former NBA player Stephon Marbury has his own line of Starbury Elite Lightup shoes, which were released in November for $49.98.

This article is being republished with the permission of Footwesr News. To read the original version, click here. If you buy something because we told you about it, we may receive compensation from retail partners.