Wolverine makes one of the best men’s boots in the world, the famous 1000 Mile Boots. The brand also dropped its first sneaker recently, and it’s been a huge hit among Spy readers.

Now, Wolverine has done it again with the upcoming release of the Wolverine x Rawlings boots, which will be released on June 1, 2021. These boots are two helpings of awesome, like stealing home plate awesome. In case you don’t know, Rawlings is the company that makes the durable and legendary baseball gloves that virtually every kid in America instantly recognizes.

These two iconic companies have collaborated on the Rawlings x 1000 Mile Boot. That’s right, this Wolverine Rawlings boot could become as collectible as a rare baseball card. This limited edition boot is an online exclusive, and it’s available right now for pre-order. If you’d rather wait to purchase them, circle June 1 on your calendar. That’s when the Rawlings X 1000 Mile Boot sale goes live at Wolverine.com/Rawlings. Father’s Day is right around the corner, and if your dad or granddad is baseball-obsessed, then this is one of the year’s best gifts for dad, and one that he’ll use for years down the line. 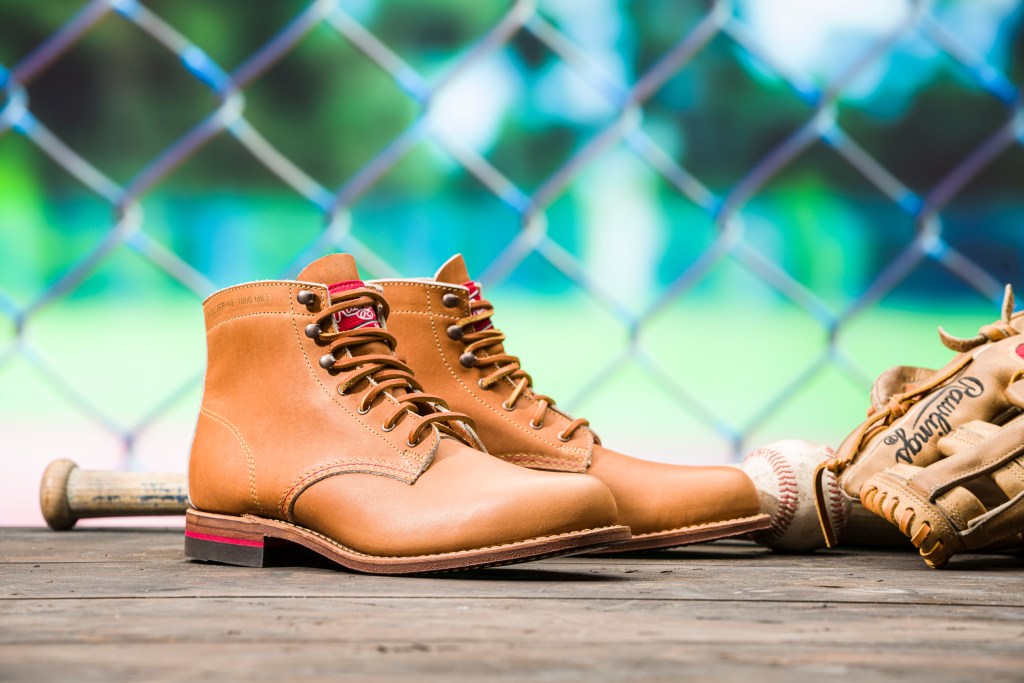 The Rawlings x 1000 Mile Boots: All the Details

The two companies re-imagined Wolverine’s legendary 1000 Mile Boot with classic Rawling’s baseball glove details. The Wolverines Rawling boot is eye candy all the way around. Right off the bat, the boot’s handsome leather is the exact same color as Rawling’s gloves. That’s because they used the same Horween leather used to make the premium, top-of-the-line Rawlings Heart of the Hide® baseball gloves. Sitting pretty on the top of the tongue is the classic bright red Rawlings tag. Echoing the tag is a red contrast stripe on the heel which matches the red topstitching that adorns the 1000 Mile boot.

nd to add a bit more of a baseball vibe to this lace-up boot is, wait for it, double laces that mimic the glove’s lacing. The boot’s collar is numbered just like the glove too. So cool. Speaking of cool, the Wolverine Rawlings boot offers the same level of comfort and durability as Wolverine’s 1000 Mile Boot. 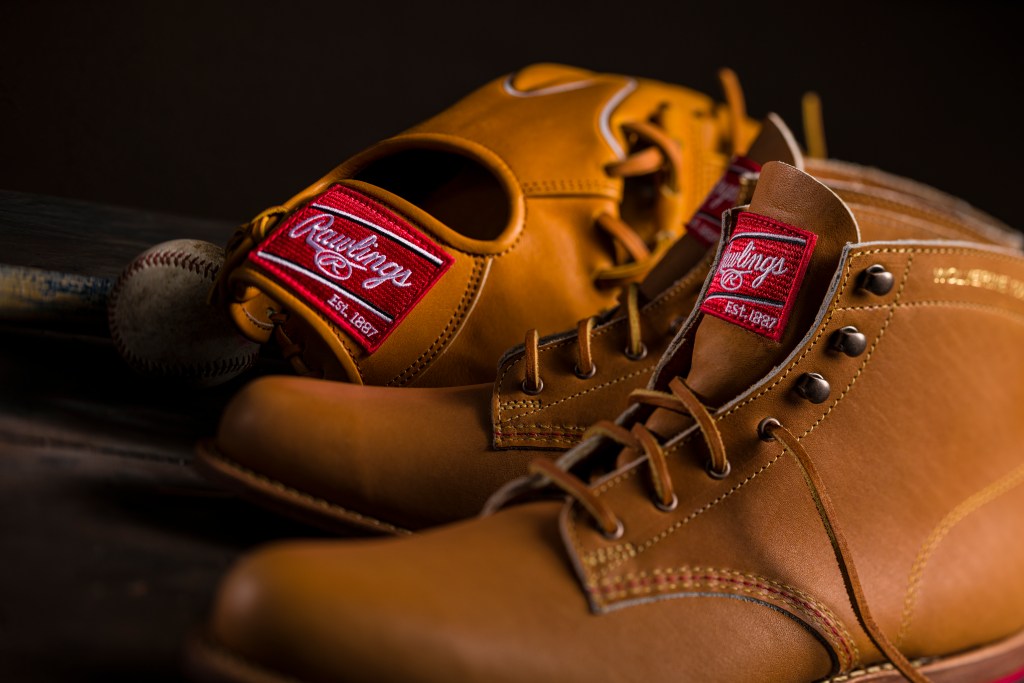 This collab celebrates America’s love of baseball and great footwear. Baseball season is starting and stadiums are slowly opening to the public, so what better boot to wear to watch the game than the Rawlings X 1000 Mile Boot? We’ve written about Wolverine’s 1000 Mile Boot many times as they’re a boot that looks good and stays in great condition for years and years. Using Horween leather in the boots ensures that as they age, they’ll behave just like the Rawlings baseball glove; they’ll mold themselves to your foot, not only ensuring a custom fit, but they’ll have that same golden patina. 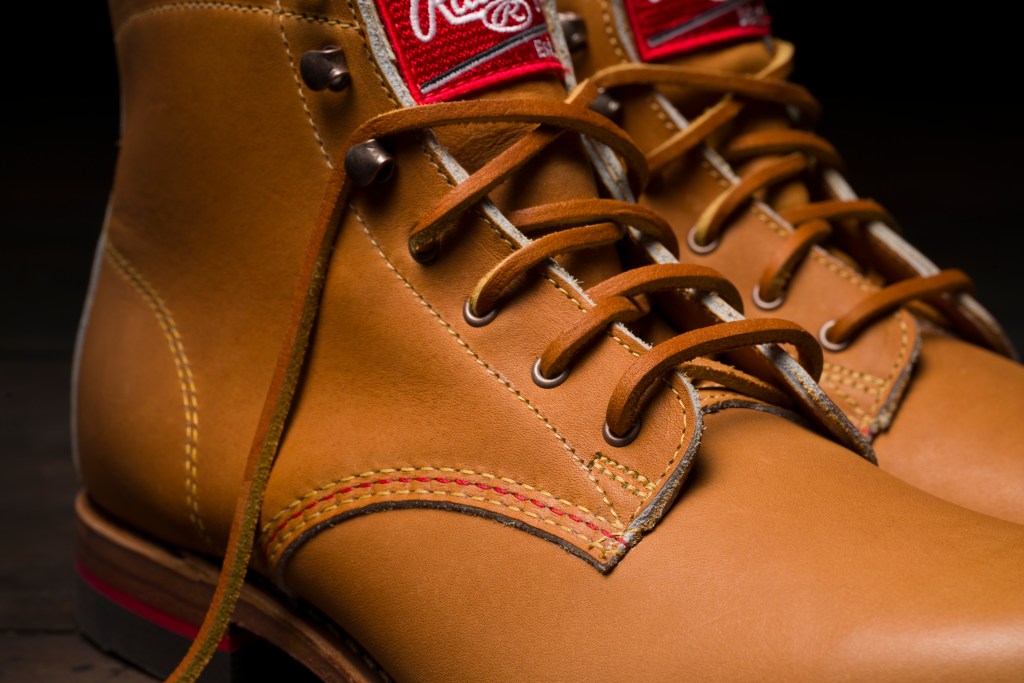 Wolverine Rawlings Boots: Behind the Collaboration

“These limited-edition boots tell a story of timeless quality and durability just like your favorite glove, paying homage to the great game of baseball. I love that these boots make it possible to bring that same nostalgia off the field and into everyday life,” said Tom Kennedy, global brand president for Wolverine, in a recent press release.

Eric Reinsfelder, senior licensing director for Rawlings added,  “Our team is excited that we found a partnership in Wolverine that allows us to bring the same level of quality we guarantee in our gloves in the form of a premium boot that baseball lovers and players alike can enjoy.” 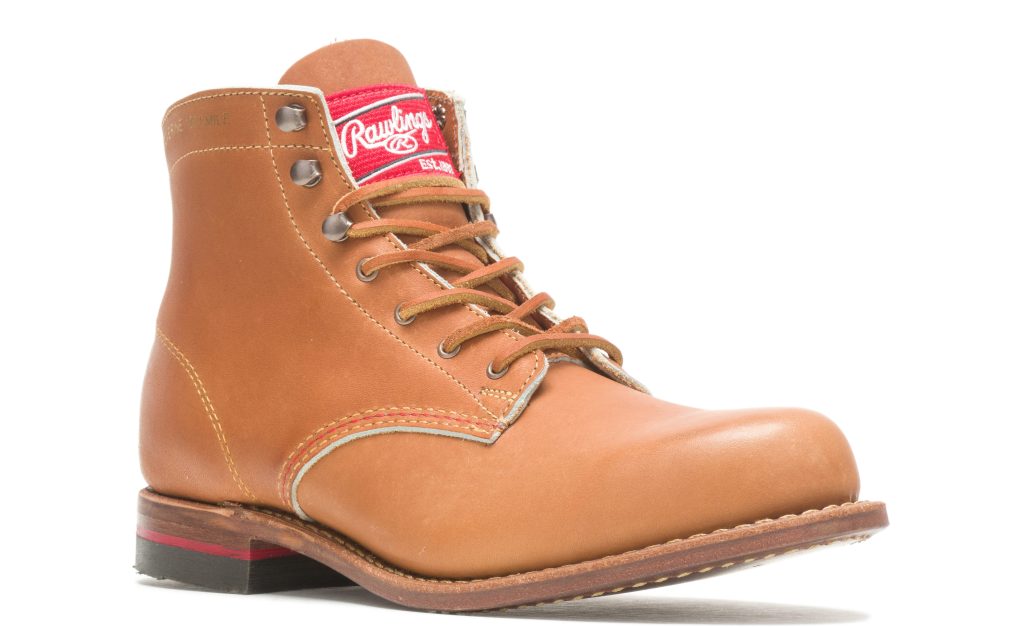