With Yeezy Day 2022 just around the corner, anticipation is mounting as a countdown on the YEEZY SUPPLY website has started ticking away the minutes until the event. The annual two-day Yeezy celebration, which first kicked off in 2019, is one of the most significant dates on any sneakerhead’s calendar.

Throughout Yeezy Day 2022, fans will be able to score restocks of past Yeezy kicks. New styles are also expected to drop this year.

Yeezy Day will kick off on August 2 in the U.S. and Canada and on August 3 in Europe, China, Japan and Korea. The official YEEZY day countdown is scheduled to expire at 9 a.m. ET on August 2, so plan on heading to the YEEZY SUPPLY and Adidas websites at that time.

While it’s hard to pinpoint everything that will be released during the Yeezy Day 2022 event, reputable Yeezy sources such as Yeezy Mafia and Yeezy Influence have said that the YEEZY Boost 700 “Wave Runner” will also be restocked again.

They also note that the YEEZY Boost 700s, Boost 700 V3s, Foam Runners, YEEZY KNIT RNR “Fade Azure” and YEEZY slides are all also expected to hit the virtual shelves when the event takes place this Tuesday and Wednesday.

Of course, as any YEEZY fan knows all too well, the sneakers are sure to sell out fast. 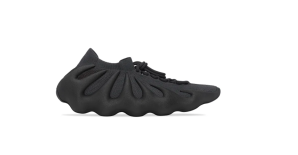 Residents of the U.S. and Canada can shop the releases via YEEZY SUPPLY and the CONFIRMED app, while the other regions will be able to shop exclusively through the CONFIRMED app. Excited fans should download and sign up on the Adidas Confirmed app on their smart device in preparation. While there’s been no news of clothing releases, Yeezy fans may want to keep an eye on the Yeezy Gap website to keep tabs on any surprise releases.

It’s still unclear how this year’s Yeezy event will run. Last year, the Yeezy Day event saw new drops of popular Yeezy styles released at the top of every hour. Fans must stay vigilant to get the details on all the releases, as they typically sell out fast.