Ye — or the artist formerly known as Kanye West — surprised fans with the release of a new music video, which debuted on ESPN during the NCAA Georgia vs. Alabama college football game late on January 10. The surprise drop also doubled as a promo for the restock of the Yeezy hoodie, a collaboration with Gap that was initially released in September 2021 and immediately sold out.

The restocked hoodie is now available on Gap’s website in black and blue, but you have to be quick to catch it. The website appears to be having some issues with connectivity, but with continuous refreshing, we at SPY were finally able to snag one.

The hoodie retails for $80, which may seem like a lot for a hoodie, but real Yeezy fans know it’s well worth it, especially when compared to the price point of items in Ye’s Yeezy clothing line.

That said, you’ll want to run — don’t walk — to Gap’s website to grab one as soon as you can. Oh, and while you’re here, you can also check out Ye’s video for “Heaven and Hell” below.

The understated hoodie, which has become part of Ye’s signature swag as of late, was a major hit when it was released months ago. The Yeezy Gap jacket had a similar effect when it dropped in June 2021, crashing the website as fans flocked to get their hands on the blue puffer Ye created exclusively for the brand. 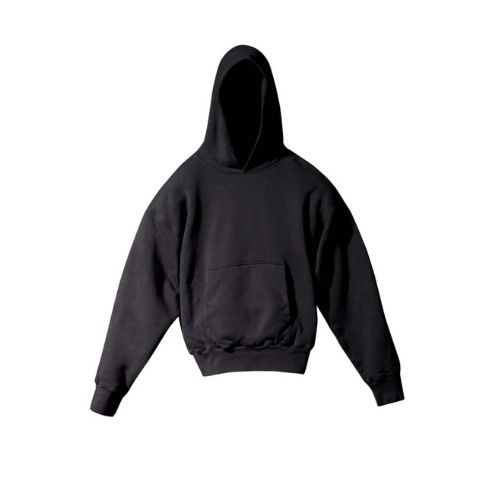