YouTube has come a long way since its initial launch in 2005. In its formative years, the most mainstream of videos came from the likes of bedroom music videos created by the duo known as Smosh, or the eccentric atrocities brought to us by high-pitched teen Fred.

Now, popular YouTubers dominating the site in 2021 are creating content that spans across a number of categories that include comedy, sports, gaming, makeup and much, much more. But it doesn’t just take a quick laugh to become popular on the site today. Factors such as the best ring lighting, camera quality, setup and of course, content, are all necessary for those looking to build a loyal following. With that said, there are thousands upon thousands of otherwise popular YouTubers currently blowing up on the platform that we can’t stop watching.

If you consider yourself a fan of YouTube, you know damn well that you have your favorites. No matter how many creators you’re subscribed to, there’s a solid chance you look forward to one creator’s content over another’s. When you love a creator so much, you’re going to watch to snag some YouTuber merch to sport around town.

The best YouTuber merch depends solely on what you’re interested in and subscribed to. You don’t want to rep some random YouTuber’s merch for the sheer fact it looks cool. Here are some qualities to consider when purchasing YouTuber merch:

If any two of these factors check your boxes, it’s definitely something to consider if you’re looking to support.

There are tons of popular YouTubers that sell their merch online, but to help inspire your search, we’ve collected YouTuber merch from some of the most popular creators on the video streaming platform right now. From long-time favorites to newer faces, here is the best YouTube merch to snag in 2021.

We’ll never get tired of First We Feast’s celebrity interview show Hot Ones. Seriously. Never. If you’re unfamiliar, each video goes a little something like this: host Sean Evans sits down with a celebrity for a round of 10 interview questions. There are 10 hot wings laid on the table in front of Evans and whoever it is he is interviewing. The goal of the celebrity being interviewed is to answer all questions the interviewer asks by eating a wing each time. The trick? Each hot wing gets hotter and hotter as the interview goes on, so by the end of it all, both Evans and the individual he is interviewing are essentially dying in pain. It’s an epic watch each time and a pretty informational one at that. You can even purchase all of the official hot sauces used in the show if you so, please. 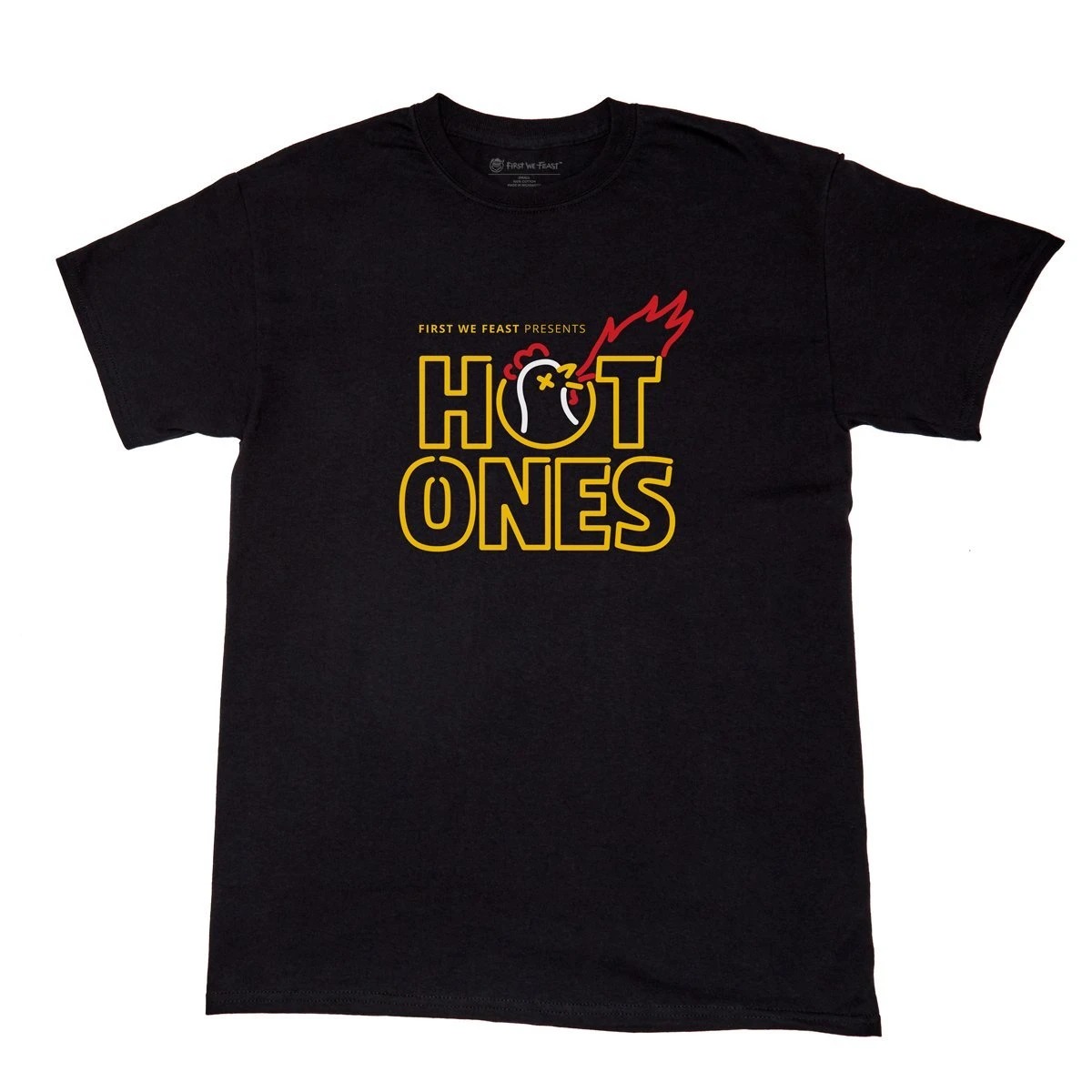 Courtesy of First We Feast

Ah, Mr. Beast — one of the most giving dudes on the internet. As one of the highest-paid YouTubers of the last year and over 54 million subs on YouTube, it’s with no doubt that Mr. Beast is on fire right now. He is easily one of the most recognizable YouTubers and has a slew of videos that pertain to stunts and games with cash prizes amongst his team of employees and fans in public. He’s done a ton of random philanthropic deeds in the past couple of years, most notably by simply giving money out to strangers in restaurants or students on college campuses. For example, in one of his most recent videos, he offered people $100,000 to quit their jobs. Literally. While his content might not be for everyone, it’s a ton of fun to watch and he has a slew of dedicated fans. His YouTuber merch is colorful and kid-friendly for the most part, but he has sizes large enough for the whole family. 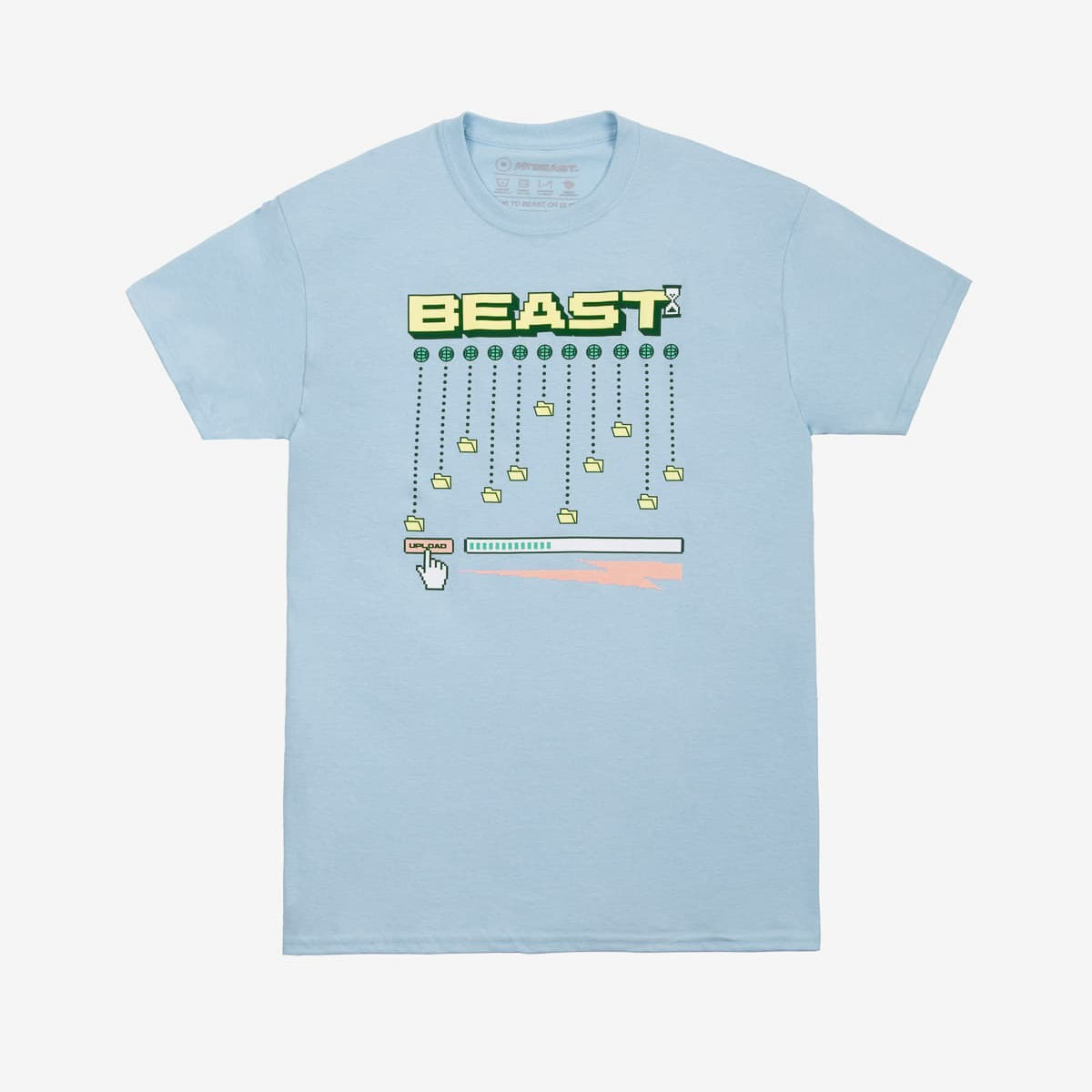 Pewdiepie is currently the most-subscribed to YouTuber on the entire platform with almost 110-million subscribers. Let that sink in for a second. One-hundred and ten million. He ain’t even letting us breathe if we wanted to. Pewdiepie is a Swedish YouTuber that has been on the internet forever at this point, channeling his audience through comedic gameplay and occasional sketches. Throughout the years, he’s become one of the most influential and recognizable entities associated with the platform, so if you’re a fan, we’re not so shocked. Our favorite from Pewdiepie’s line of YouTuber merch is currently this wavy tee in all black. It’s pretty low-key in terms of a lot of YouTuber merch which we really appreciate and it has Pewdiepie’s signature on one sleeve. 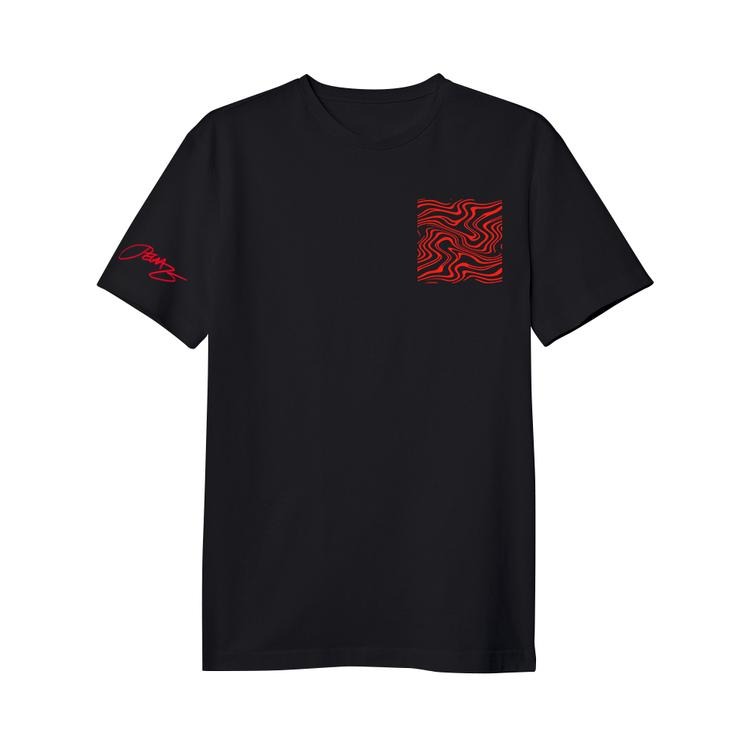 Though she doesn’t have nearly as many subs as somebody like Pewdiepie, Kendall Rae is one of the most exciting true-crime YouTubers on the entire platform. She is known for telling seriously in-depth stories involving both solved and unsolved true-crime cases from across the globe. Occasionally, Rae even gets the chance to work directly with family members and friends of loved ones involved in the true-crime cases she talks about to help get first-hand knowledge of the kind of person these people were. Rae’s YouTuber merch is very different than a lot of YouTubers on the site because a lot of the time, she donates a large sum (if not all the proceeds) to various charities and GoFundMe’s affiliated with what she might be talking about. Her merch also features fan-created artwork printed from time to time and she even occasionally sells candles, patches and other knickknacks. 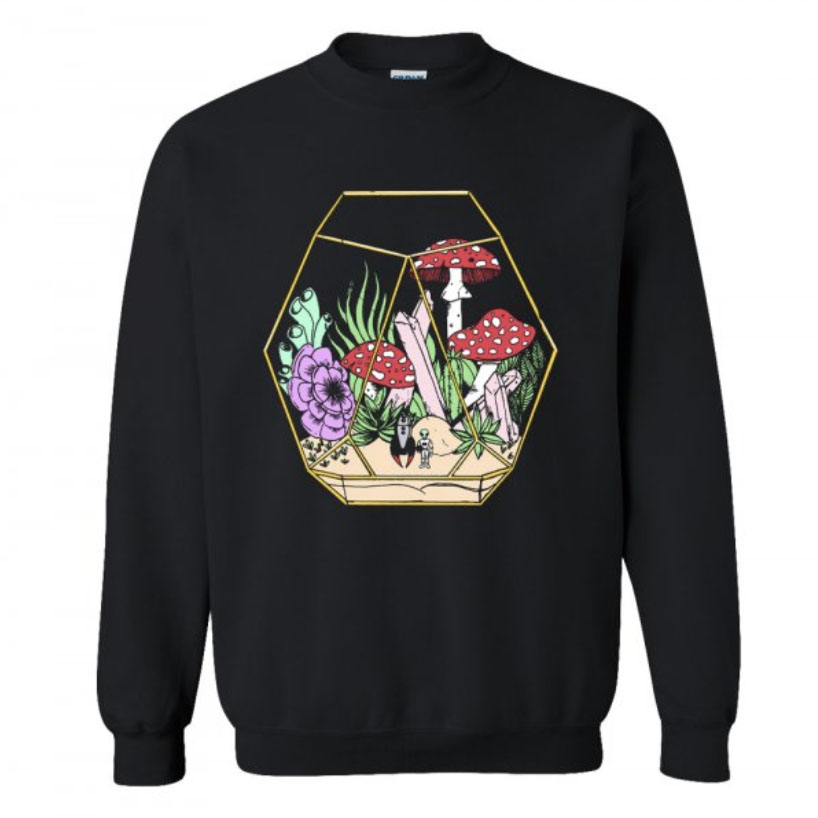 Yes Theory is, hands-down, one of the most inspirational YouTube channels you can find. The channel follows a couple of college-made buds that have a desire to get out of their comfort zone and say “yes” to things they otherwise wouldn’t in order to challenge themselves, learn about new cultures and experience the un-experienced. Videos range from a number of wild endeavors, from bungee jumping with the Will Smith to using Tinder to live in Europe for free to, more recently, hitchhiking the world’s deadliest train in Mauritania during the middle of a pandemic. Their motto is “Seek Discomfort” and it quite literally shows. Their merch, unlike a lot of YouTuber merch, is meant to be a little bit more fashion-forward. Available on their website, you can find comfy street-centric sweats to sherpa sweatshirts to classic tees boasting their motto. 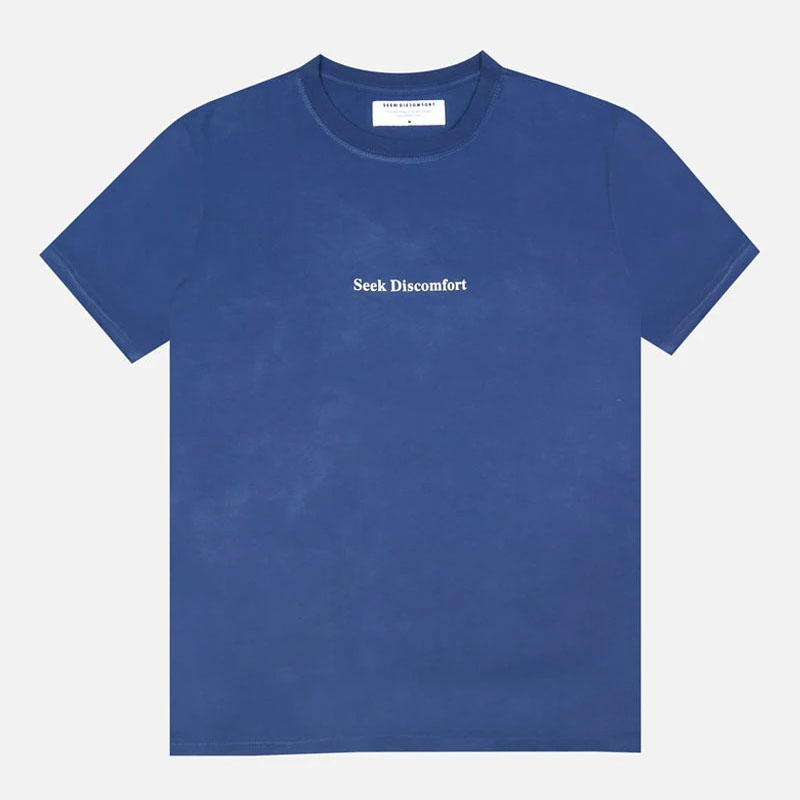 So many good things came from Vine. So much to the point that we even wonder if TikTok would exist the way it does today without Vine setting the initial standard for short media clips. One of the many great things that came from Vine is YouTuber Cody Ko, who joined the platform in light of Vine’s dissipation. Cody is hard not to laugh with. He’s got a charm that’s both goofy and over-the-top in a way that doesn’t come off as annoying. It’s all real without any facade. He’s most known for a number of commentary-like YouTube videos from his channel, especially his ongoing series titled “That’s Cringe,” which he does with his good friend Noel Miller. Cody recently launched a new line of merch, but the majority of the options from the drop are sold out. Lucky for you, he does have some older stuff on sale, including this light pink tee pictured below. 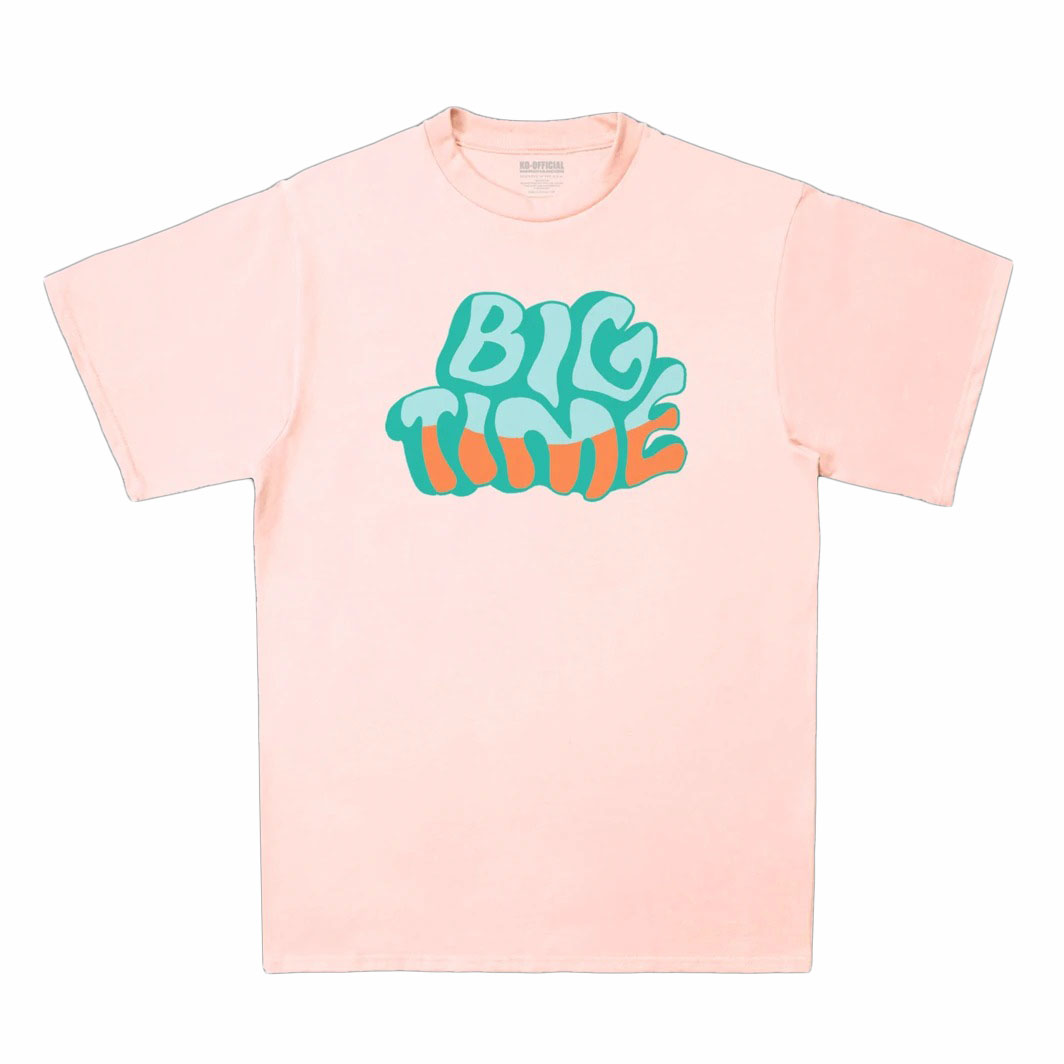 Bailey Sarian is a top-tier creator in the world of true-crime. Her channel has grown exponentially within the last couple of months which is unsurprising and very much well-deserved. Sure, she fumbles the bag every so often and forgets to post from time to time, but when she does, it’s incredible content. She hosts a series titled “Murder, Mystery & Makeup Mondays,” where she sits down and talks about a true-crime story that’s been “heavy on her noggin” while doing her makeup at the same time. Sarian chooses to place comedy at the forefront of her videos, which is nice for those interested in true crime but get scared too easily. Sarian has a number of merch options on her website to choose from, but we think this “Suspish” tee is hilarious, considering it’s derivative of one of her accidental catchphrases within the series. 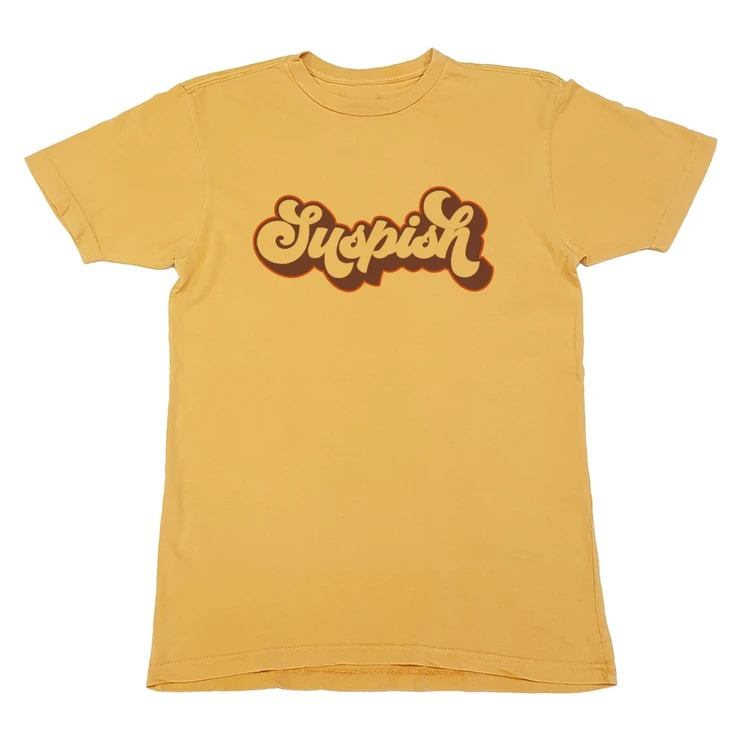 Remember Smosh? Stupid question, how couldn’t you remember Smosh? As one of the OG’s of YouTube, Smosh took the internet by storm with hilarious shitty-quality skits and music videos that were essentially funny for no reason. Now, ex-Smosh member Anthony Padilla runs quite the successful YouTube channel on his own where he spends the day interviewing people that are otherwise deemed misrepresented or underrepresented in today’s society, such as those with multiple personality disorders, kidnapping survivors and survivors of conversion therapy. The conversations often get into heavy topics and Padilla, the entire time, keeps his composure and professionalism in the forefront when topics become hard to hear. Though, Padilla also uses comedy to make both the audience and interviewee feel comfortable by lightening the mood. At the end of each video, Padilla gifts his interviewees this half-assed tee, but lucky for you, you can get one for yourself right from his website. 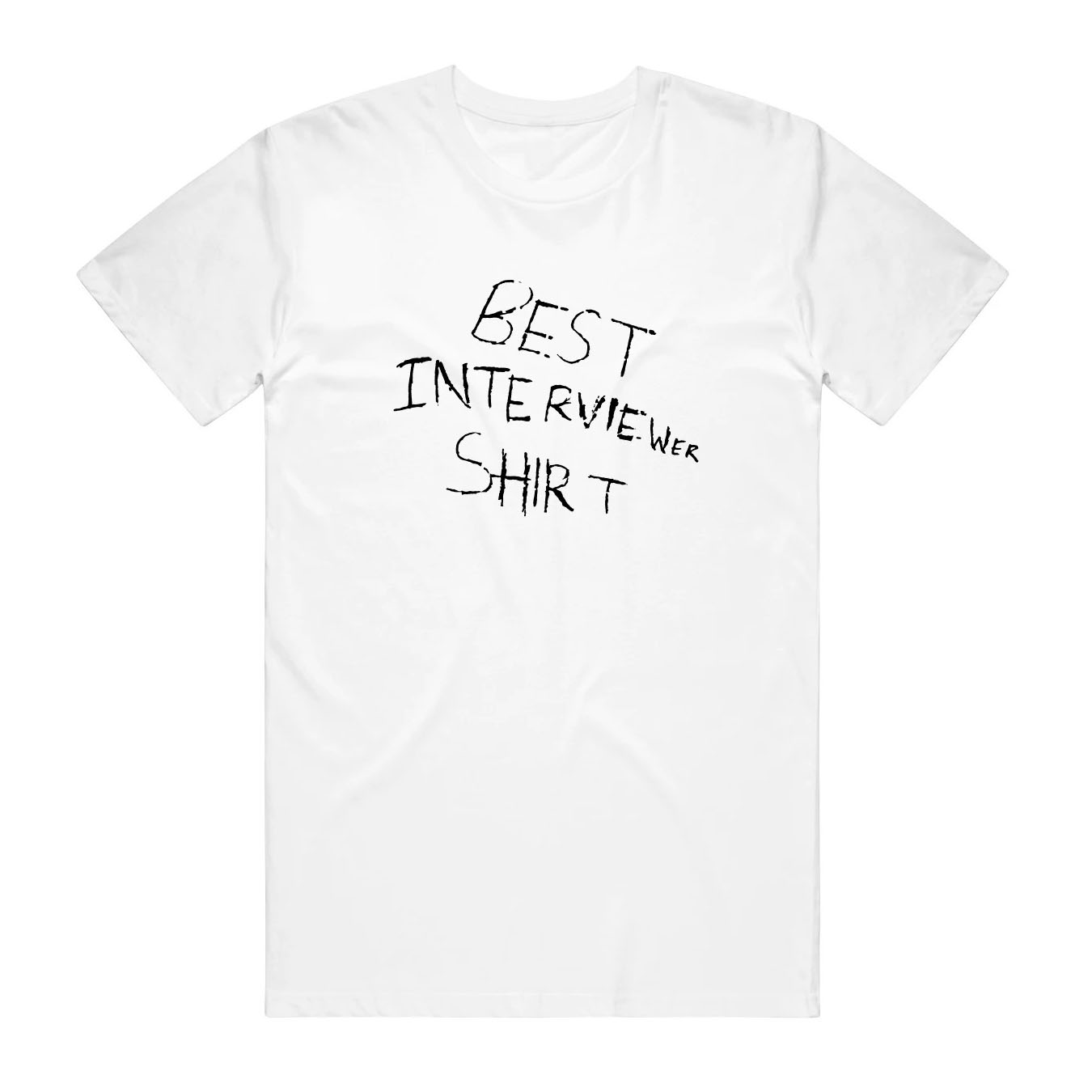 Although he hasn’t posted in around 10 months and he is experiencing a bit of controversy within the past couple of weeks, David Dobrik is without a doubt one of the most influential YouTubers to ever hit the platform. He single-handedly created an entire friend group through YouTube in which they would film chaotic endeavors together in Snapchat story-esque videos that always last exactly four minutes and twenty seconds. Whether you love him or hate him, he does have a lot of fans that really appreciate his work. 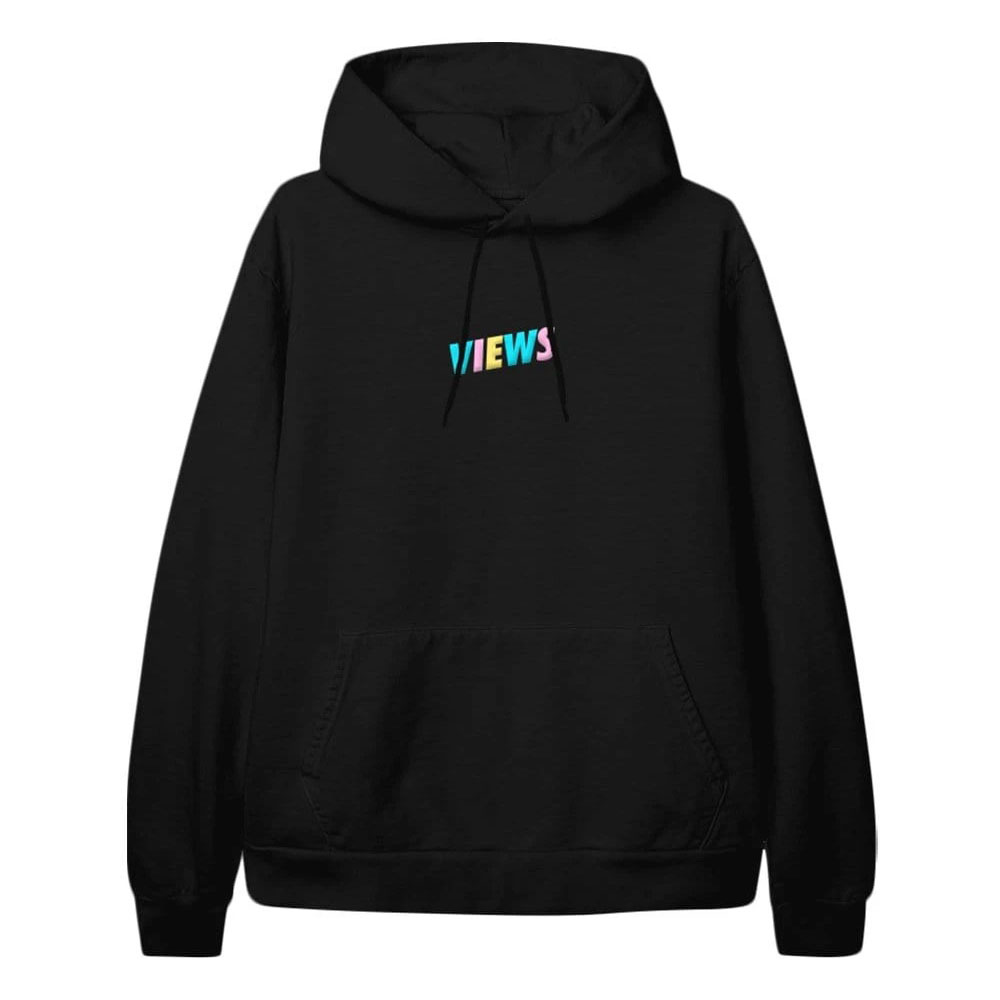 God, we miss Jenna Marbles. She is easily one of the most popular, unintentionally hilarious YouTube OGs to ever hit the platform and without her, a number of popular YouTubers today would likely never even exist. Marbles hasn’t created a video in a few months after choosing to leave the platform to work on herself, but we cannot express how much we wish she’d come back. Her videos ranged from a number of random ideas that were effortlessly hilarious. Whether she was showing off all of the plants in her home, blowing bubbles with her own hair or reacting to her favorite TikToks, she was always capable of making us laugh when we needed it most. Jenna currently has no official YouTuber merch of her own, but you can find a bunch of designs created by fans on Etsy to support, like this tee below featuring all of her dogs’ names. And Jenna, if you’re reading this, please come back to YouTube. It’s not the same without you. 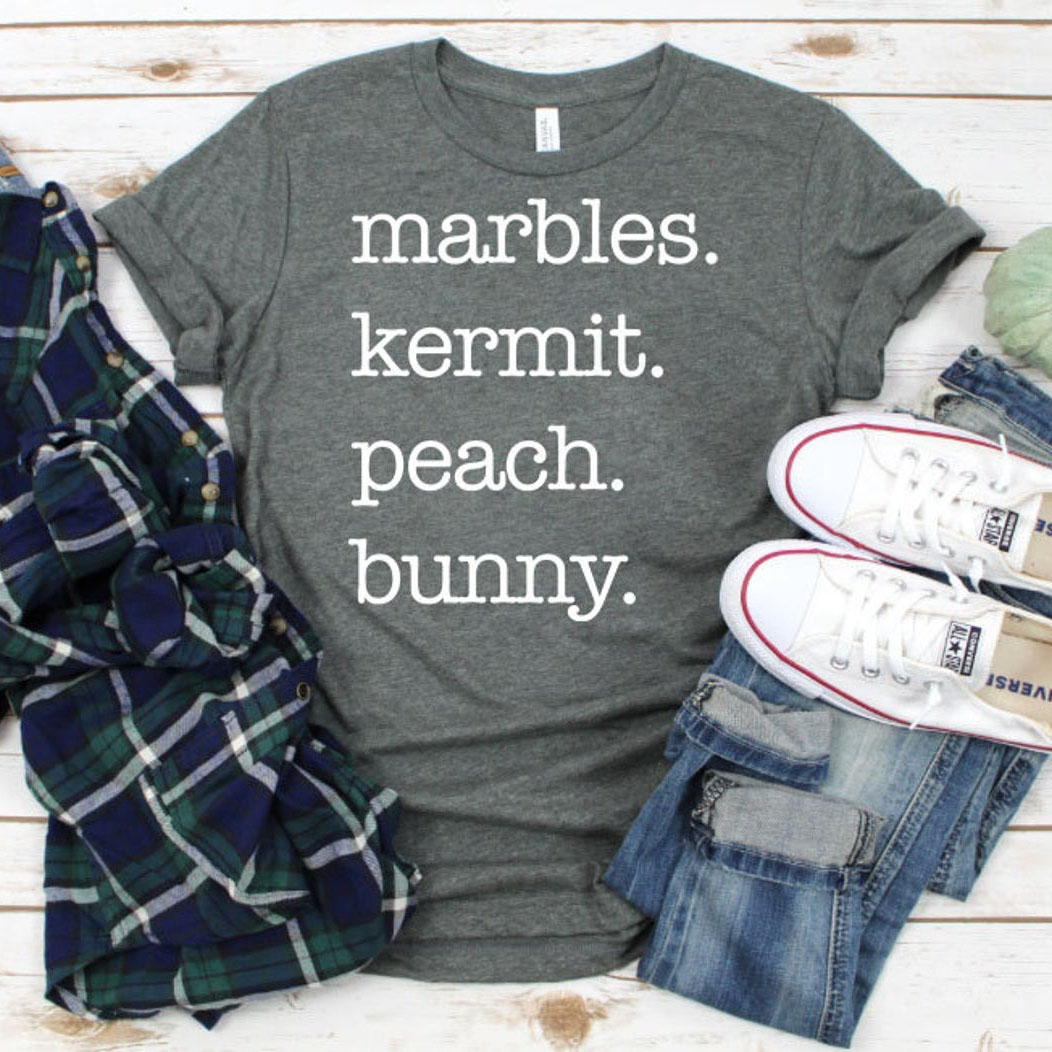