Looking for an escape from the icy winds and snow this winter? Book a flight down under. Australia is deep into summer while we on the Western Hemisphere are trying to make it through the blustery winter months. While surfing, the beach and the Sydney Opera House are still some of the most popular attractions in Australia, you shouldn’t miss out on these hidden gems. Check out SPY’s top five unexpected things to do in this gem of Oceania. 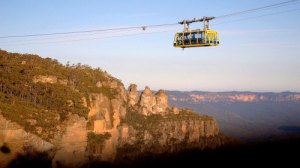 Cruise over the Blue Mountains and Megalong Valley in an air tram. Gray Line offers regular tours of these gorgeous and mesmerizing mountains and world-renowned wildlife that hover below a blue haze from the nearby eucalyptus fields. Anthropology nerds will love Gray Line’s tours of the Waradah Aboriginal Center.
Buy: Blue Mountains & Wildlife Day Tour $110.00+
Buy It 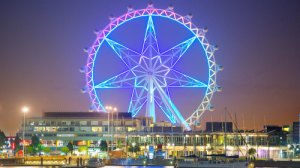 Get a glittering view of Australia’s beloved coastal city in the Star Observation Wheel. Scope out the entire city as you ascend 385 feet up in the air. At night, this monumental Ferris wheel sparkles with an LED light show, as you gaze 25 miles out into the horizon.
Buy: Melbourne Star Observation Wheel $26.00+
Buy It 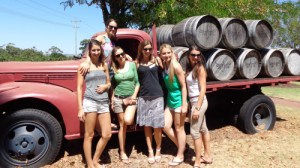 Immerse yourself in Australia’s wine scene at the Swan Valley Winery just outside of Perth. Known to locals as the “Valley of Tastes,” visitors can sip on award-winning reds and whites while nibbling on tasty fruits and cheeses. Local varietals in Swan Valley include Shiraz, Cabernet Sauvignon and a dry Chenin Blanc.
Buy: Swan Valley Winery Tour $52.00
Buy It 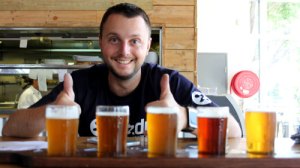 Prefer beer over wine? Australia has a vibrant craft beer scene, with the best breweries situated along the Northern Beaches. Tour three of the most popular spots (with lunch provided). Our pick: Nomad Brewing Co, where delicious drafts are created in a former carpet warehouse.
Buy: Northern Beaches Brewery Tour $119.00
Buy It 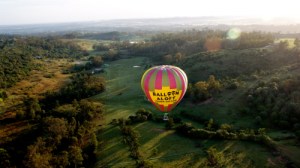 Take to the skies and experience a once-in-a-lifetime 360 degree view of the Sydney skyline, the Blue Mountains and the Pacific Ocean. Our tip: book a ride at dawn so you can see the sun rise over the harbor. You’ll want to come early too, to participate in the balloon inflation and deflation process.
Buy: Sydney Hot Air Balloon Flight $221
Buy It