* Air purifiers can eliminate odors, allergens and mold
* These models are designed to purify the air in your car
* Options include charcoal fresheners and models that plug into cigarette lighters

These miniature devices work in much the same way to the purifiers you keep in your living room and bedroom. They absorb or filter out the bad particles in a confined space, leaving you with better air to breathe. Not only will an air purifier make your car smell fresher, it will also keep you healthier.

Car air purifiers come in several different forms, from charcoal fresheners to cup-holder sized devices with HEPA filters. However, they will all make a difference to the air quality in your car. Get one of these best options from Amazon and start enjoying a healthier commute.

Bamboo charcoal has quickly become a favorite passive air freshener among all-natural households. The substance works to absorb odorous particles as air moves through the charcoal. This theory can also be easily applied to the air in your car thanks to the PURGGO Car Air Freshener. This bag slips over the headrest on any of the seats in your car and quietly eliminates any bad odors. 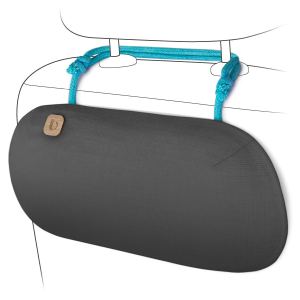 A tiny ionizer and USB charger in one, the Exemplife Car Air Purifier is the multifunctional answer to eliminating harmful particles in the air. Simply plug it into the cigarette lighter in your car and the ionizer will eliminate bad odors. It also works to neutralize mold spores, bacteria and viruses, making your car a healthier place. As an added bonus, this purifier also features dual USB ports, so you don’t have to worry about losing your charging space. 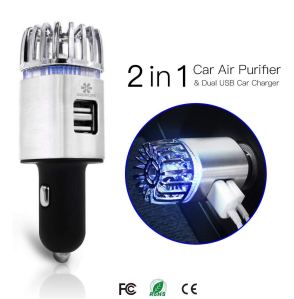 Another charcoal option, the California Home Goods Bamboo Charcoal Air Purifying Bag contains 200 grams of 100% activated bamboo charcoal. This means that it has plenty of power to remove the odors from your car for up to two years. In addition, this pack comes with four individual bags, giving you eight years of fresh air in your car or the ability to create fresh air in all the cars in your household. 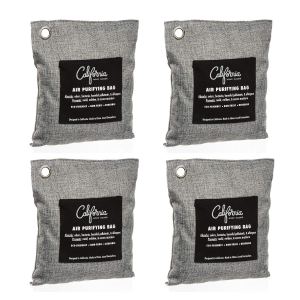 Although more expensive than charcoal bags, the UCheer Cordless Formaldehyde Remover Odor Eliminator contains a patented filter that decomposes odors, formaldehyde and other germs rather than absorbing them. The company claims this makes the UCheer Odor Eliminator 15 times more effective than charcoal. As an added benefit, this air purifier can be used in any confined space, including the refrigerator, closets and lockers. 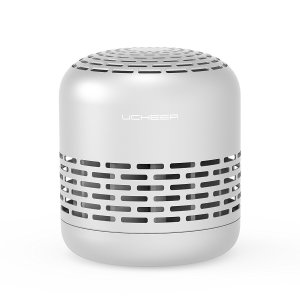 Similar to the Exemplife model but slightly more powerful, the Pure Car Air Purifier is the first product on our list featuring a HEPA air filter. This 3 in 1 purifier eliminates allergens, mold and bacteria. It can also kill germs, viruses and pollen. By doing so, the purifier works to get rid of odors from smoke, pets, food and more. In addition, this purifier features two USB 3.0 ports with quick charging technology. 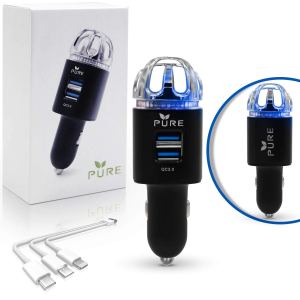 The Thinkga Car Ionizer Air Purifier is a powerful answer to car pollutants. It helps get rid of smoke, dust, pollen, mold, pet dander and pollutants, and it can refresh the air in your car every five minutes. The device itself has two speed levels and is very quiet, working at a noise level less than 30 decibels. This purifier fits in the cup holders of your car and plugs into the cigarette lighter to start up automatically when you turn your car on. 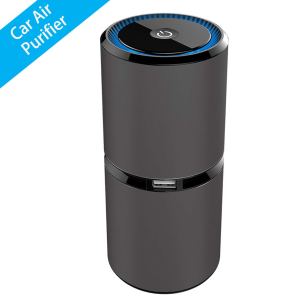 These Air Purifiers Get Rid Of Allergens, Smoke, Odors, Germs and Mold – So Why Aren’t You Using One Yet?