Some people remain convinced that the best way to deal with speaking a foreign language is to simply raise your voice and repeat your words. In reality, this does little more than make those people come across as ignorant. And while attempting to learn a foreign language for a two-week vacation may seem a little over the top, being able to reel off a few common phrases does help travelers feel more comfortable. In addition, it often helps interactions become less awkward for all parties involved. After all, it’s important to try to speak the local language even if it’s just to say hello and goodbye.

Luckily, it’s no longer necessary to learn an entire language before your next vacation. Modern technology has helped to bridge the language barrier through smart devices capable of translation in a matter of seconds. Whether you’re in an important business meeting with foreign clients, at a restaurant ordering your dinner or even out on a date with someone who doesn’t speak English, these translator devices provide near-instant translation and often speak dozens of languages, meaning you can use these devices on every vacation you take worldwide.

Why You Should Use a Translator Device

There is a common misconception that “everybody around the world speaks English.” Sure, while English is a global language, many tourists quickly find out once you stray outside of heavily populated touristy spots, the English-speaking crowd quickly dwindles. And knowing a few key phrases might not cut it anymore. Especially when emergency situations arise abroad.

True story: I was in Thailand and rented a scooter to drive from Chang Mai to Pai. On the way back my scooter broke down. We left it and I rode on the back of my friend’s scooter back to town. The rental people that were working when I got back didn’t speak English and wouldn’t give us our passports back without the scooter, and we were leaving for the Philippines the next day. Things ultimately ended up working out after looking through town for someone who spoke both Thai and English and was willing to help out two complete strangers (for a hefty fee). But if I had a translator device, the whole process could have taken much less time and would have been way less of an emergency. We lost a whole day of travel because of the debacle.

The newest tech like Google Pixel Buds or the iPhone 13 with iOS 15 can help you quickly translate from one language to another. Depending on the device, these can translate both spoken and written words completely covering your bases when you’re traveling. You essentially can bridge the language barrier with one of these devices.

We’ve put together a selection of the best translator devices available online and reviewed them below. They’re great for all kinds of exchanges at home and abroad and are sure to help you in a number of situations that would otherwise be a little sticky. The majority require an internet connection in some form to function, whether through your phone or a local WiFi connection, but they are all built for use on the go.

Invest in one of these devices and say goodbye to awkward and confusing exchanges while ensuring you make the most of your visit to a foreign country.

If you want an affordable pair of Android wireless earbuds, these are a great option, but for traveling, these can be your saving grace. When paired with the Google Translate app, someone speaking a foreign language can talk into your phone and you’ll hear the translation in the language of your choice through your earbuds. It works the other way, too. You can tap and hold your earbud and say, “Hey Google, help me speak Spanish,” for instance, and you can speak. The app will transcribe what you say in Spanish and you can show someone the text. 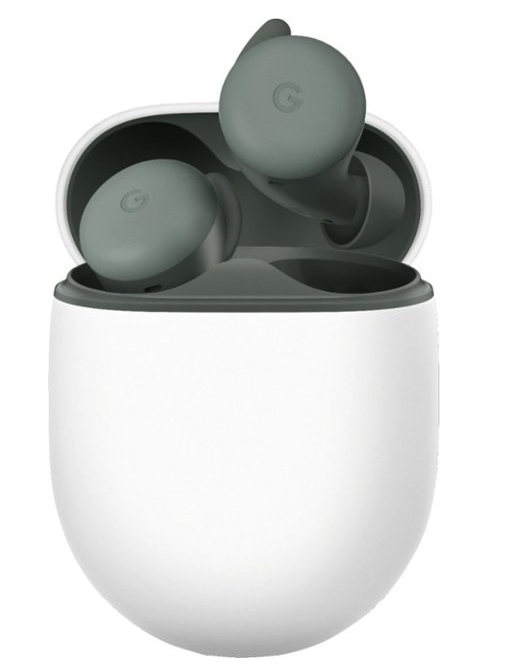 There is a translator app available on new iOS 15 devices like iPhone 13 that allow you to instantly transcribe text to another language. Let’s say you’re walking down a narrow street in downtown Milan and wondering what a sign says outside of a local café. You can hold your camera up to the sign using the translator app and the text in another language will change from the foreign language to the language of your choosing. This is especially helpful when you’re in a restaurant and the menu is in a different language. 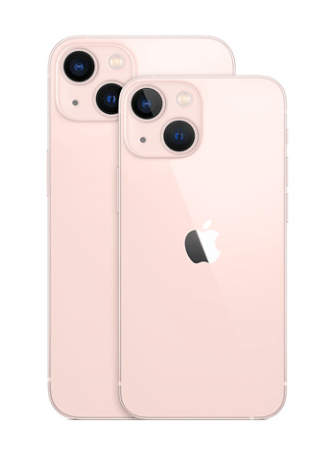 This handheld translator device is about the size of your cellphone assuming you don’t have a giant-sized phone. It harbors the ability to translate between 82 different languages and transcribes speech to text, so you can speak into the device, hand it to the individual to listen and they speak and hand it back. Pretty simple, huh. But it can also translate text or signs using a handy camera on the device. Our SPY team went in-depth with this translator and really enjoyed our experience. 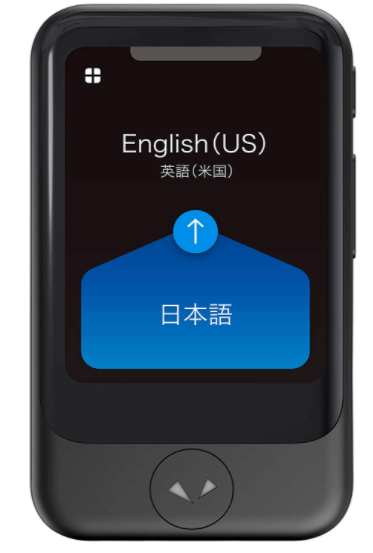 There is a lot of cool features present within the Langogo Translator device. For starters, it has self-learning AI, meaning the more you use it, the more vocabulary it learns and the more accurate it becomes. That’s not to say that it’s not good off the bat — quite the contrary. It knows and can translate between 102 different languages. But it’s also more than a translator. It can also serve as a mobile hotspot, which can be a lifesaver when you are overseas. 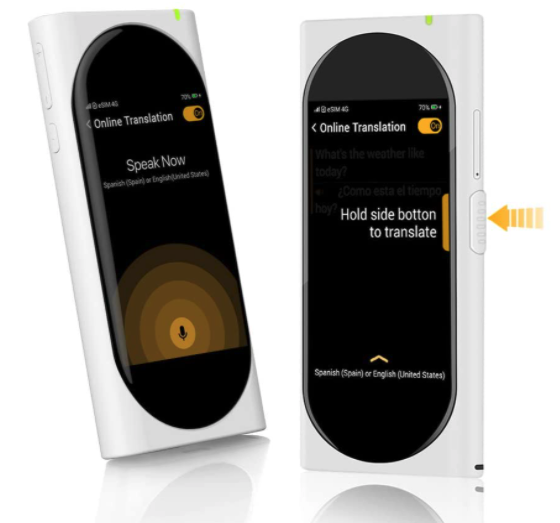 While translation between 55 spoken languages (while online) and 15 different written languages isn’t as robust as translators like Langogo, the noise-canceling microphone helps set this translator device apart from others. With four noise-canceling microphones, it helps isolate the voice it is translating. This can be exceptionally useful when trying to speak to someone next to a busy road or in the middle of a street fair or market. The display is also a large 3.1-inch panel that reverses so you can quickly hold it up and the other person can read it. 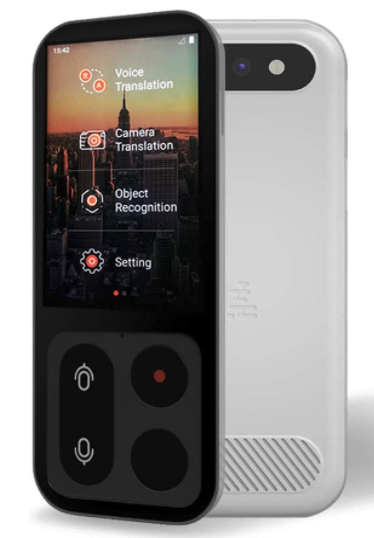 With over 138 ratings and 4.7 stars on Amazon, this is one of the more reliable and accurate translator devices you’ll find online. It translates 107 different languages and recognizes 43 for photo translation. The translator is also moderately priced too, coming in at right around $100. If you are going abroad, this is a good choice for your translation needs. 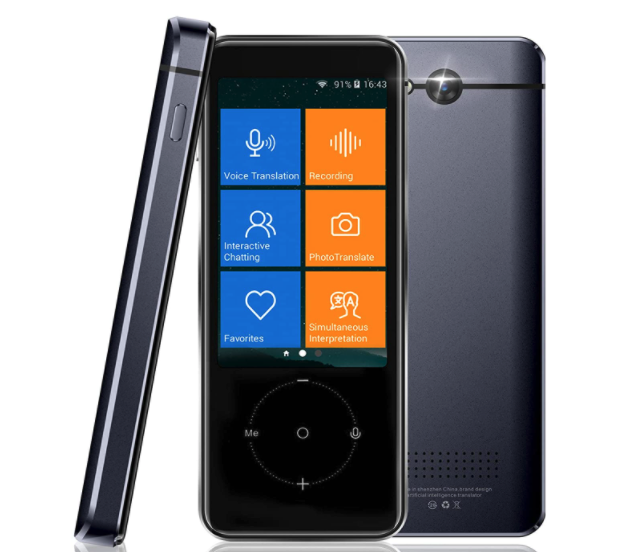