* You won’t always have access to the internet when travelling abroad
* This offline translator doesn’t need WiFi to function
* It can translate from English to Spanish, Mandarin Chinese and Japanese

Travel is one of the best ways to spend your money. Hiking on the Great Wall of China, gazing up at the Eiffel Tower or chowing down on tacos in Mexico City are memories that will last a lifetime. But, for the monolingual, travelling internationally can be intimidating. This is especially true if you’re an English speaker heading to a country where few speak your language.

Of course, there are plenty of translator apps that aid in communication, but your data plan probably won’t cross the border with you. Without an internet connection, what are you supposed to do when you really need a toilet but don’t know how to ask for one? Enter the Easy Instant Translator. 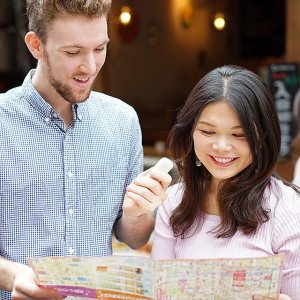 This portable translator works offline, meaning it doesn’t need WiFi or a data network. It can translate from English to Spanish, Mandarin Chinese or Japanese in an instant. Simply press the button on the device, speak the phrase you want translated into the microphone and release the button. The translator will then speak the same phrase in your language of choice.

Unfortunately, this offline translator does only offer one-way translation. Some may find this limiting, but most travelers only ask questions that require a yes or no answer or can be answered using gestures. Plus, with one-way translation, there’s no need to instruct a stranger in using the device or handing it over to someone you don’t know. 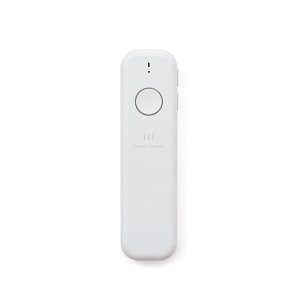 If you intend to travel the world this year, it’s definitely worth investing in the Easy Instant Translator. You never know when you might get stuck without WiFi yet need to communicate. Or you might just want to make friends with the locals. Either way, this offline translator is a must-have for international travel.

The Best Portable Hair Dryers To Get For Your Next Trip