* Gift ideas from Code of Bell accessories designer Shiro Suzuki
* Minimalist, modern picks that you can travel with
* Unique finds for men and women

If you’re going to do a lot of traveling, you should be doing it in style. Take it from Shiro Suzuki, the founder and CEO behind the accessories brand, Code of Bell. The brand just launched a successful Kickstarter campaign for its one-strap backpack, more than doubling its goal before the campaign even ended. And from doing media previews to sourcing materials for his collection, Suzuki is constantly on the go, jetting back and forth between Los Angeles (where he’s based) and Asia (where the products are made).

We spoke to Suzuki to find out more about the inspiration behind launching the Kickstarter campaign, and also got a few savvy gift ideas for other people constantly on the go who want to travel in style.

SPY: Tell us about the bag? Why did you decide to launch it?
Me and my brother had some ideas of making a backpack alternative after thinking about how a military backpack–my brother was in the military– could be adapted for the everyday traveler or person carrying light luggage.

What’s the meaning behind the name, “Code of Bell?”
Suzuki. Suzu (鈴) means bell in Japanese. So the “code” in Code of Bell is the vision and dream I want to spread about our product.

How was Code of Bell able to accomplish its Kickstarter goal in less than a week? What’s the secret?
That’s something we’re still learning. We saw that there were a bunch of campaigns reaching larger goals, so I buckled down and spent a lot of time, and money, trying to market and really pitch Code of Bell’s products so that when the time came to launch the Kickstarter, we could maximize support. There’s a dream to using Kickstarter. Also, we did some advertisements before the launch and we always continue our advertisements on social media. Even though Kickstarter helps with money, you do still need to spend and make investments, and give up a lot of time.

Image courtesy of Code of Bell

So speaking of Kickstarter, On Code of Bell’s Kickstarter page it says, “during the summer of 2016, one of your main design inspirations came from mil-spec gears.” What are Mil Specs?
“Mil specs” is short for military specifications. Mil-spec gear is what Soldiers and Marines use. They’re bags that these people use right on the field for life or death situations. One of my brothers is a Marine veteran and team member of mine who served three tours in the Middle-East and in Desert Storm. So these backpacks inspired Code of Bell because the gear’s durability is made to not fail in a life or death situation. Hearing my brother’s story, further inspired me to create something that can adapt to anyone’s lifestyle, but still maintain a military level of durability and tangibility.

In addition, you spoke about how your bag’s design took inspiration from USMC gear’s durability. How did you modify those designs to appeal to a larger causal sense of wearing?
The multifunctional concept, the reason we went to the one-strap is because the functionality of swinging the backpack is easier, for example, like traveling on the bus, or on a bike rather than having to use a two-strap backpack. We incorporated the molle-system which allows you to attach other pouches. The bag can be kind of semi-created to your preference. So it gives me this idea of making something simple but super functional. This way people can use it for everything.

What do you think about the aesthetic of the bag? Why no big or visible logo?
The design aesthetic is unique. The vertical design of our bag is our signature look and it’s going to be the identity of the bag, so we don’t need a big logo. The black on the black logo on the bag says the look is more about the bag and less about a logo.

If you could sell Code of Bell gear at a retail store such as Nike, Zumiez, or Nordstrom where could you see the X-PAK hanging on the shelf?
The original idea was to make a bag to go anywhere. The performance of it is so wide that it can be sold in a department store; for streetwear and at a sporting store because they’re super durable. We can see our bags anywhere. It’s truly a bag that can go to the city, outdoors and back. I use it for the grocery store and put my wallet in it and I think it looks sleek enough to bring to work.

Looking ahead, in five years from now, where would you like to see Code of Bell?
To grow from here we need to have more variety, but we also need to have a signature look: the compact bag. We don’t want to become what everyone else is doing, but we can create a wider range of products to cater to our audience.

Finally why should people care about Code of Bell?
Unless you’re carrying a 15-inch backpack. A great difference is the X-PAK is smaller and can support everyday needs. We trademarked [the term] “Carrywear” because we stand by the X-PAK being an extension of your clothing. Hope people accept this new wave.

Though the X-PAK isn’t available in stores yet (its expected ship date is in the spring), here are five other items that Suzuki recommends for travelers and busy men and women on the go. Get them now for an easy holiday gift that’s even easier to appreciate.

Suzuki is always traveling, whether for work or for inspiration. This quick charger has two universal USB-A ports that let you charge up to two devices at once. Compatible with iPhone, iPad, Android devices, smartphones and tablets, it’s also slim enough to slip in your pocket. 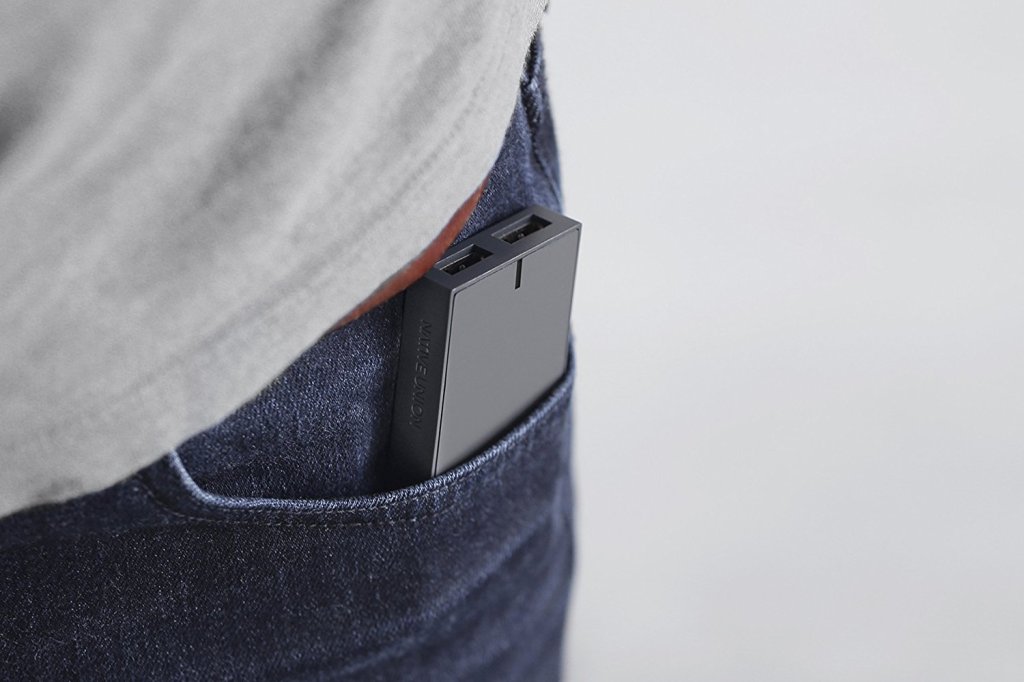 For lovers of good design — and good drinks — pick up this matte black flask designed by Areaware. The sleek and chic flask features a wavy shape, and is crafted from surgical-grade stainless steel. 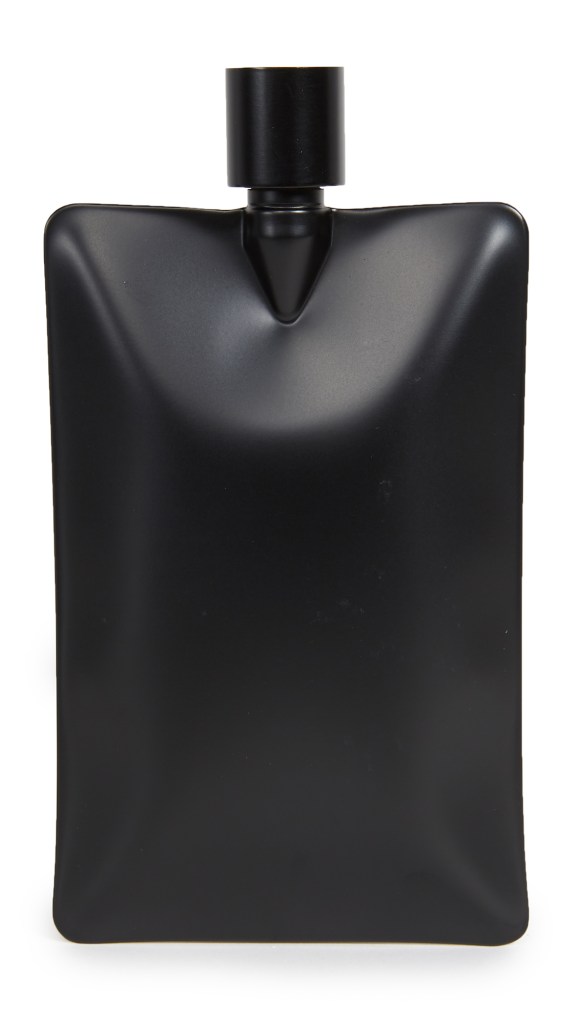 Yes, flip-flops but not just any flip-flops. Whether you’re lounging around your hotel room or headed for a beachside vacation, Suzuki likes these memory foam-wrapped sandals, which adds comfort. A traction-enhancing rubber sole, meantime, lets you take these out on a hike too. 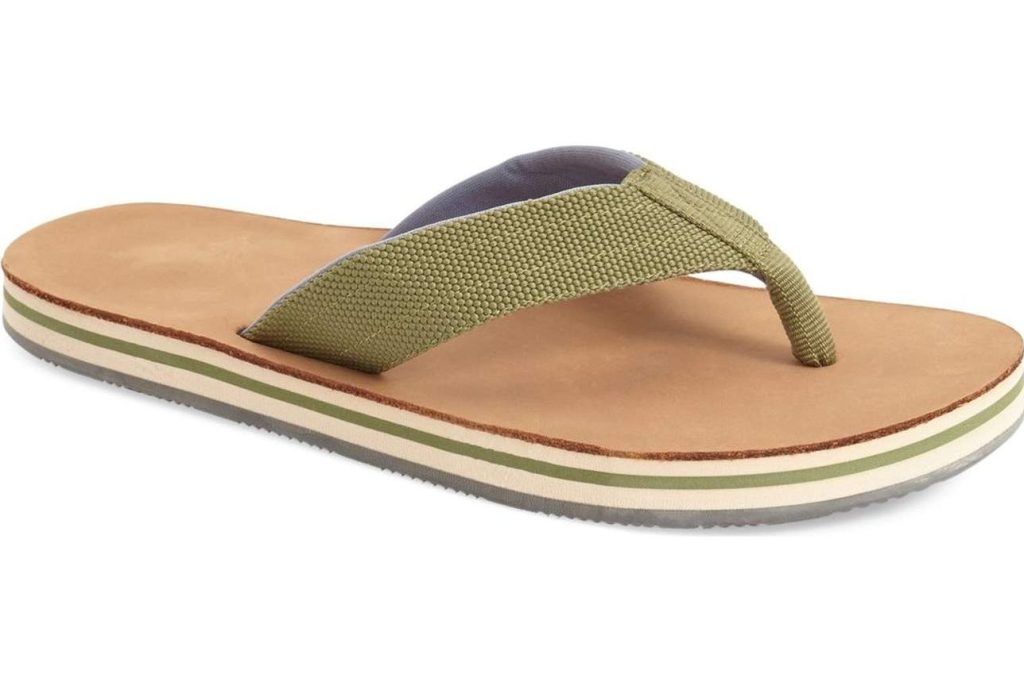 This rechargeable electric toothbrush is from Swedish beauty brand FOREO, and features “Sonic Pulse Technology” and a unique silicone design that removes plaque, stains and prevents tartar build-up and cavities. The silicone bristles gently massage while cleaning, which make this toothbrush ideal for those with sensitive teeth and gums. The electric toothbrush has 8 speed settings and a built-in timer. Each one-hour charge lasts up to 365 uses. 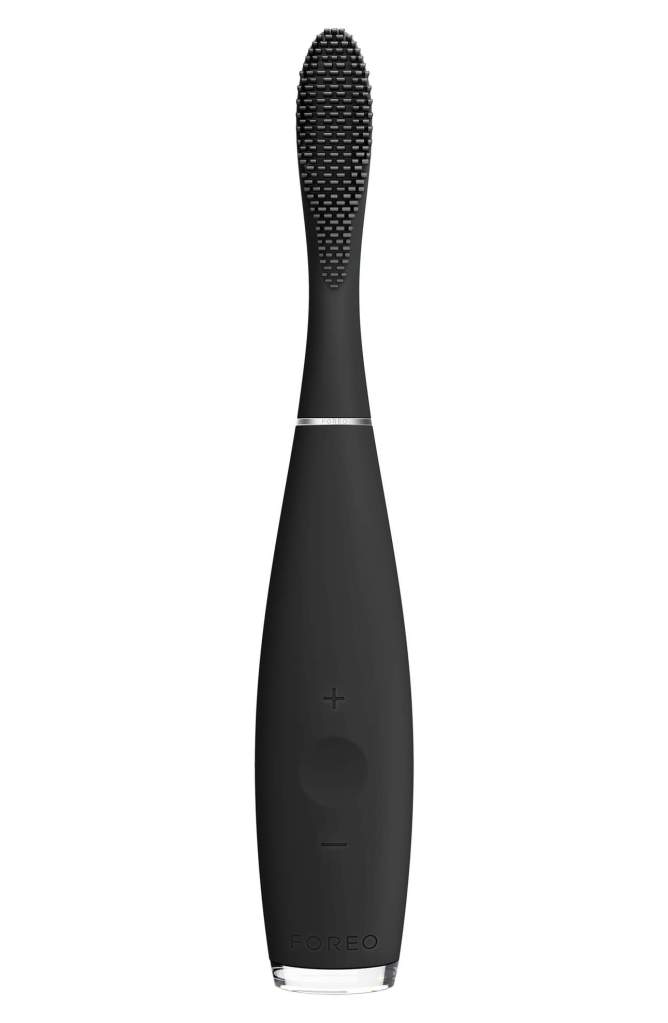 When you’re traveling, you need a pair of reliable earbuds that don’t skimp on sound quality — or comfort. Shiro likes these Master & Dynamic earbuds with 8mm drivers in an aluminum body for superior sound quality and a refined look. This one comes with a carrying case and storage box for easy gifting. 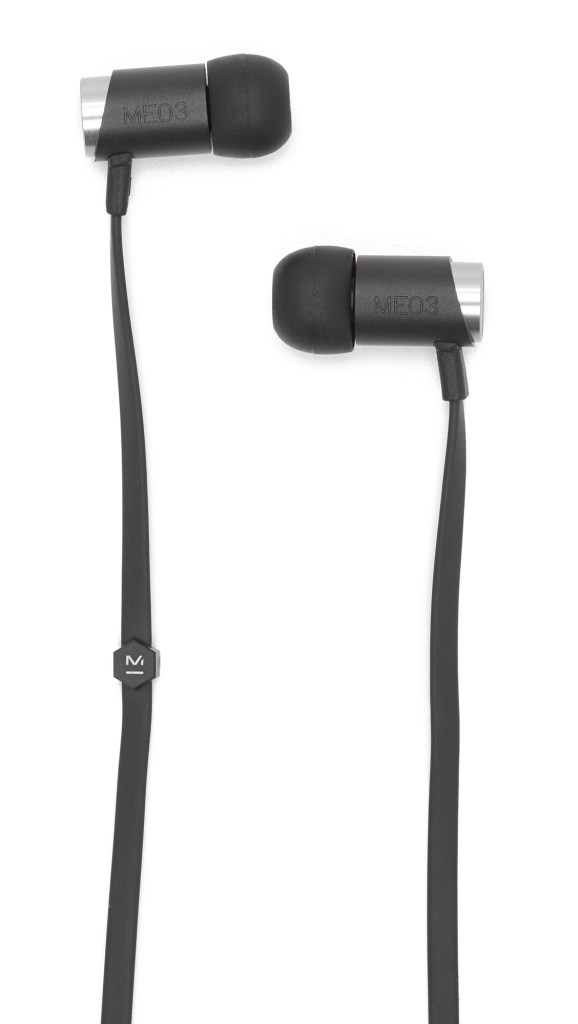 Image courtesy of EastDane
Buy: Master and Dynamic ME03 Earbuds $159.00
Buy It
11 Travel Products That Are Worth the Splurge