We all know the classic Swiss Army Knife comes in super handy during camping trips, hikes and around the house, but did you know that Swiss Army Knives are also part of the everyday tools aboard the International Space Station?

According to Victorinox, the maker of Swiss Army Knives, these multitools play a crucial role in space when it comes to small fixes and repairs, and they’ve been present on NASA missions since the late 70s. This month, Victorinox celebrates the partnership with the release of a limited-edition “Moon Walk” Classic SD, timed to coincide with the 50th anniversary of first moonwalk. While a black and purple model (seen above) sold out in a day, a second model has been released for sale on SwissKnifeShop.com. 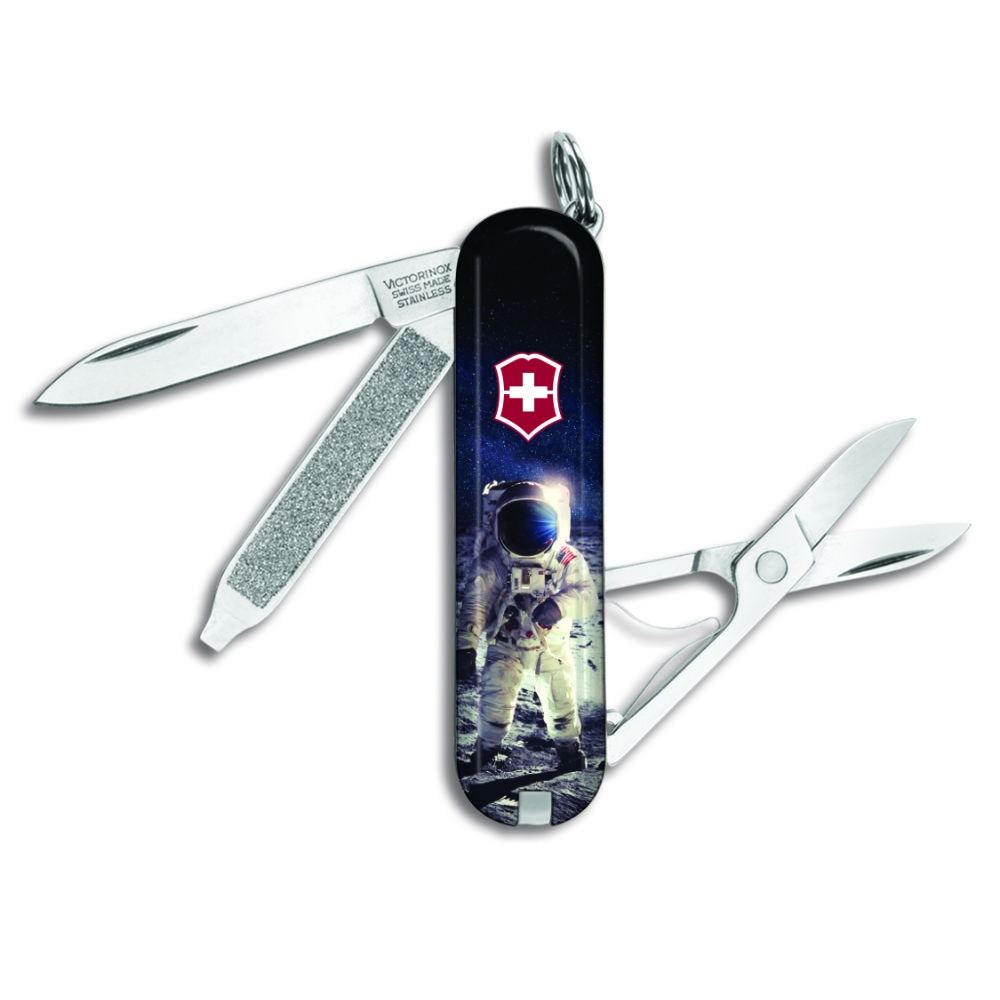 Neil Armstrong took his first steps on the moon on July 20, 1969 and this Swiss Army Moon Walk Classic SD shows an astronaut taking steps on the moon’s surface. On the opposite side, along with a view of “earth rise” as seen from the moon, is a small “SKS,” signifying that this unique multi-tool was created at the official Swiss Knife Shop.

The multitool features a small pull-out blade, scissors, nail file with screwdriver tip, tweezers, toothpick and key ring. All that is packed into a tiny (but mighty!) package measuring just 2.25 inches.

The Moon Walk pocket knife is just the latest collaboration launched by Victorinox. The company also just launched a special collection of Swiss Army Knives titled, “Ranger of the Lost Art,” which takes iconic images of national parks from the ’30s and ’40s and prints them on a series of pocket knives. 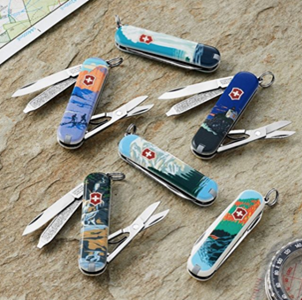 The images were taken from silkscreen posters promoting America’s national parks, and were thought to have been lost to time. However, after coming across one of the original posters in a truck headed to the dump, Park Ranger Doug Leen made it his mission to find them all and recover them from the past. He has since recovered 12 of the 14 original poster designs. Six of them are represented in this collection.

Use these pocket knives as a collectors item to display, or carry around the miniature tool in your pocket, glove compartment, or backpack. As with all Swiss Army Knife products, these products all come with a lifetime warranty.

Are You A Space Nerd? This NASA-Backed Watch Is Made for You