Some people are simply given natural gifts in life, such as being so athletic that you can instantly pick up any sport, or having perfect pitch. Or, being able to sleep on a plane. Every time I board a flight, I consider the last one to be the greatest gift of all.

Since I was a kid, sleeping on a plane has felt like a Herculanean challenge. The main reason? I don’t know where to put my head. Just think about it — leaning back (all of the two inches you can recline in coach) leaves your head at an awkward angle, putting pressure on your neck. If you’re lucky to be in the window seat, you can do some leaning, but that puts your back in a funky spot. I had tried traditional U-shaped travel pillows before, but they always felt like they never came up high enough for my head to rest comfortably. And they’re also annoyingly bulky, taking up way too much room in my limited luggage.

Enter the Trtl Travel Pillow, which will change your life on planes. 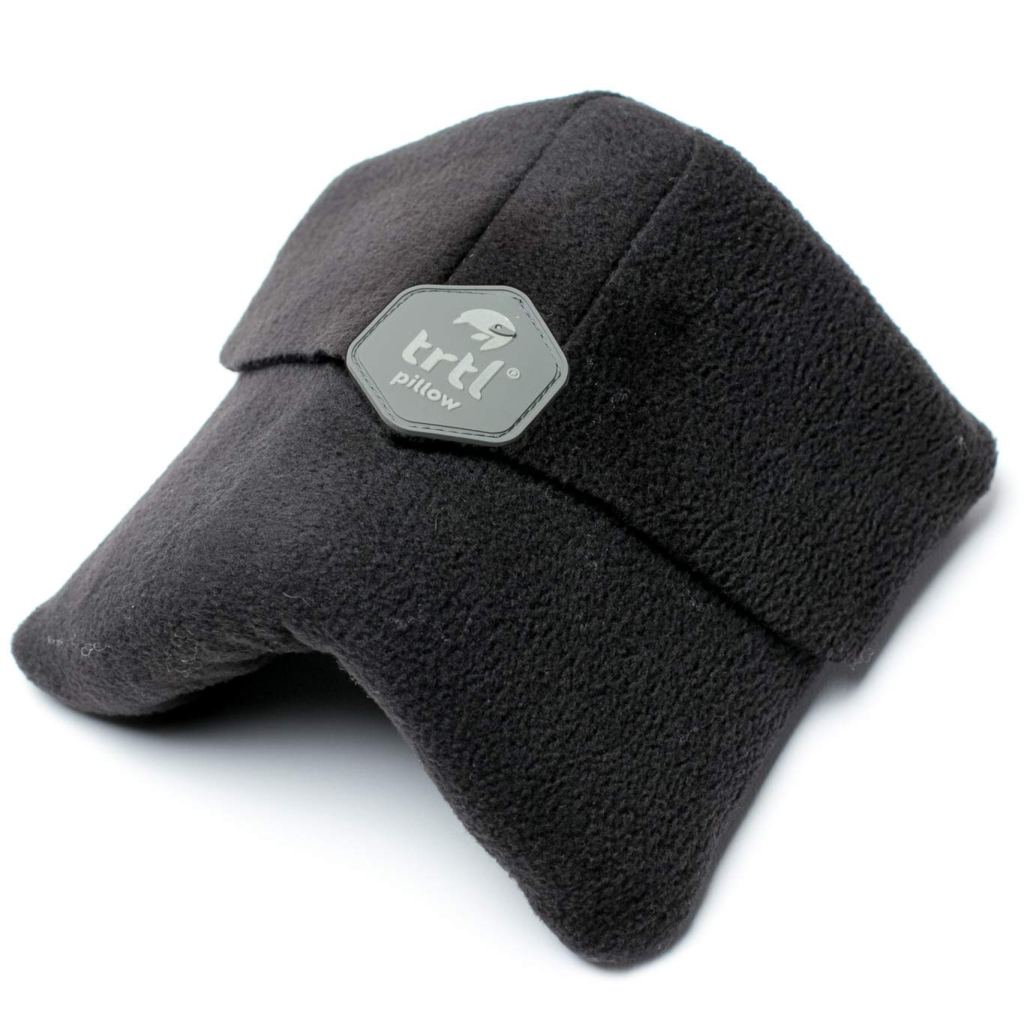 At first, I was skeptical. The end of it has a hard shell (hence its name!) that you place where you want neck support. Then you wrap the rest of the fabric around your neck and fasten it in place. Sounds weird? It is, but only at first. Initially, it looks and feels like a neck brace. I was a little self-conscious, pretty sure that everyone around me would think I had been in some sort of accident. But then I rested my head on the shell and my cares melted away. That’s because the internal hard shell—which is surrounded by foam padding to keep you comfy—actually gives your head and neck the support it needs. And the super soft fleece scarf (which is hypoallergenic) that you wrap around is essentially a blanket—and a hug—for your neck, giving you that tucked in, cozy sensation.

Maybe it’s just me, but I am always changing positions in my cramped seat while attempting to sleep on planes. When I was leaning more on my side, I could turn the Trtl around so that the stiff part was on that side, turned toward my shoulder. Or, when I wanted to shift, I’d move it right under my chin. Even though it offers sturdy support, the padding prevented it from ever feeling sharp or stiff under my chin or ears. In the past, I’d often abruptly wake myself up when my head fell forward or off to one side, but that’s practically impossible with the Trtl.

Another bonus: the Trtl Travel Pillow weighs in at just half a pound, and it’s much smaller than its traditional counterparts. I rolled it up and slipped it into my carry-on tote without worrying about it hogging up too much space.

For the first time in years, I actually slept for hours on a red-eye flight to Europe. I woke up amazed that my neck didn’t hurt at all. And now this frequent flier is never coming out of her Trtl shell.