After testing out Skull Shaver’s Pitbull Gold PRO last week, I decided that I’m on a hunt. For what, you ask? Well, for an at-home bald head shaver that tops the experience I had with the Pitbull Gold PRO.

I’ve heard some excellent things about the Andis Profoil Lithium Plus Andis Pro Foil Lithium Titanium Foil Shaver from licensed and practicing barber, cosmetologist and owner of hair blog The Exquisite Find, Madison Dufour when interviewing her for a past article and I can’t lie, it piqued my curiosity. Seriously, I called it into review just a few days later.

As I sit here at my desk 5-minute after a post-Andis shave, I couldn’t want any longer to tell our readers about my experience with the Andis Profoil Lithium Plus.

So, how does this bald head shaver fare against the new LOML? Read on and find out for yourself below. 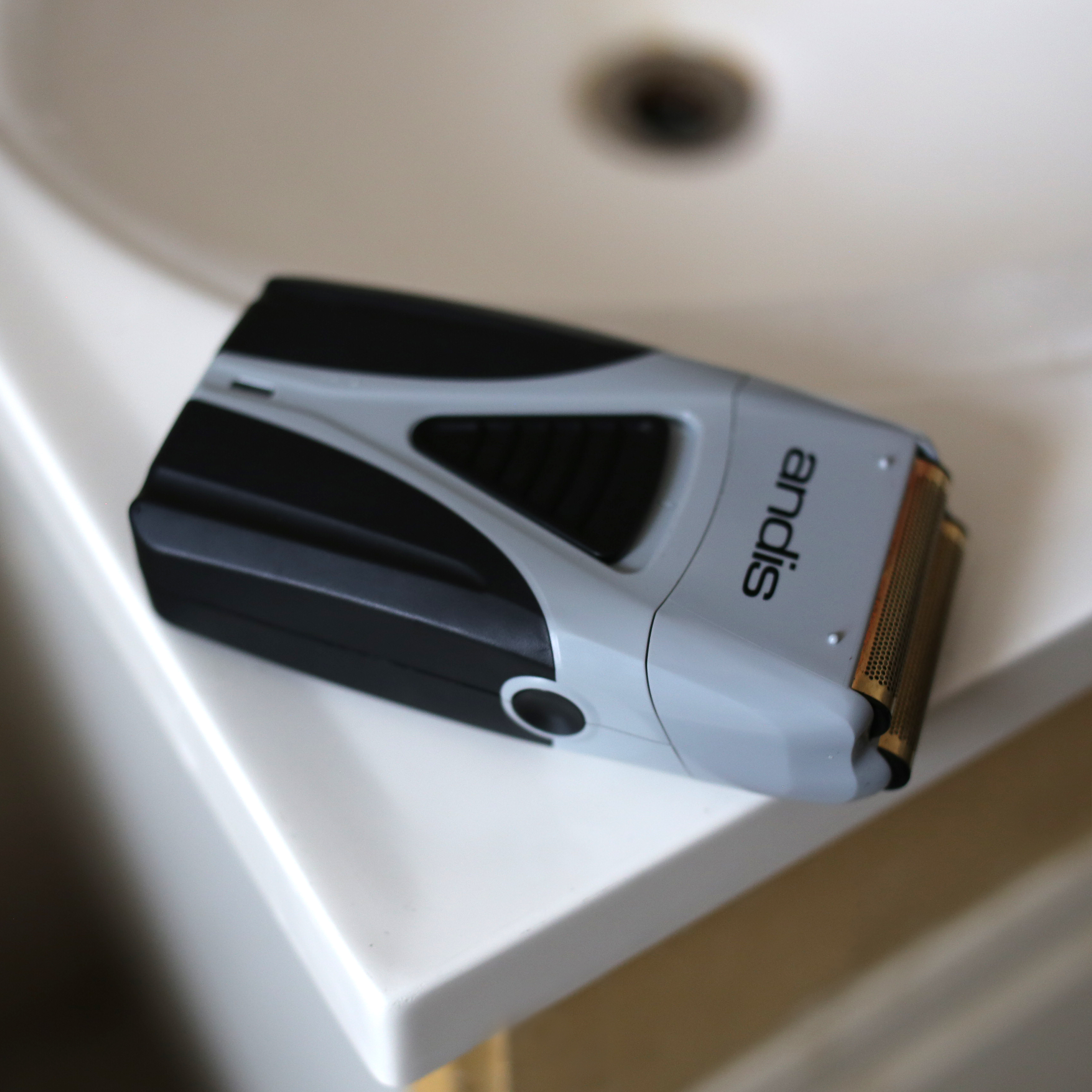 In a world where the majority of the best bald head shavers have a seriously specific look and ergonomic feel to them, the Andis Profoil Lithium Plus is more or less in a world of its own.

It rids that classic overhead hold and numerous blade design for something a little more familiar to guys who consider themselves regulars at their barbers. It’s very much like your best beard trimmer in terms of size and grip but a little more on the boxier side. In addition, the device is extremely lightweight.

Using two rolling gold titanium foil heads, this bald head shaver runs over your head effortlessly without cutting your head up. It has a clean design that looks effective from afar and overtly professional. It’s the kind of buzzer you take out of the box and think to yourself, “am I qualified enough to own this?”

In addition, the design of this shaver is extremely straightforward. There are absolutely no bells and whistles at all. No LED-lit LCD screen, no time-shown post-shaving, nothing. When it dies, it just dies. It’s not necessarily something you have the ability to keep track of unless you charge each time after shaving.

Unlike a lot of bald head shavers in 2022, the Andis Profoil Lithium Plus is not waterproof or water-resistant by any means. Instead, there is a push button that releases the top part of the razor area you can clean after shaving. That said, it’s not the easiest to clean.

With a list price of $85 and a current price on Amazon for just under $70, the Andis Profoil Lithium Plus is an affordable option for keeping your head as smooth as a babe.

On the Andis website, this shaver is priced at $74 total. So long as this head shaver is on sale at Amazon, it will be cheaper there, but otherwise, it might be cheaper directly at Andis. Obviously, purchasing on Amazon is a ton easier, and because this product is on Amazon Prime, that might be your best choice. In addition, Walmart has a bundle that comes with replacement cutters and foil for $99.95.

Right now, our favorite bald head shavers from Skull Shaver and Braun cost over $100, but if you’re looking for a more affordable alternative, the excellent Hammacher Schlemmer head shaver costs just $60; however, it’s not a foil shaver like the Andis. 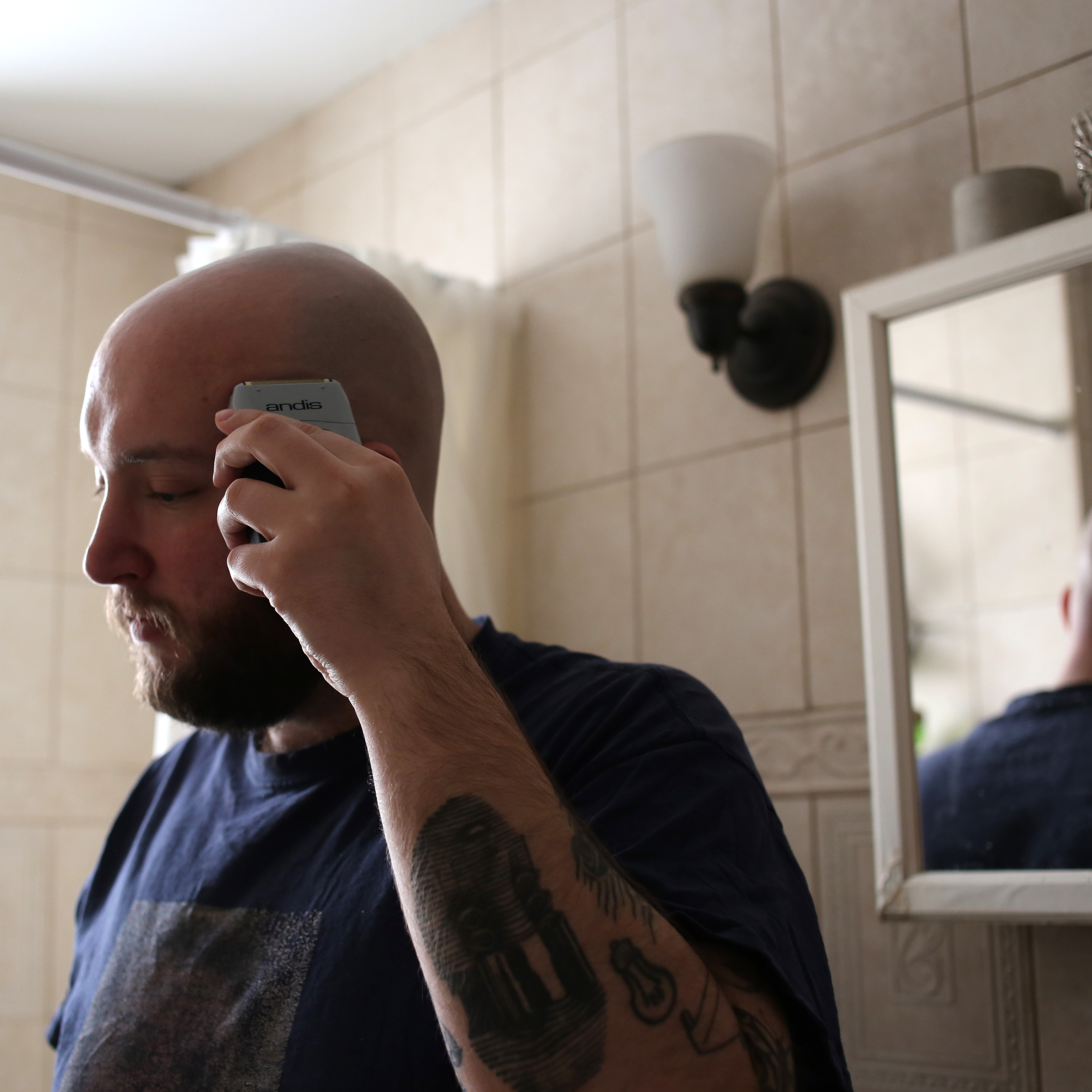 Visually, the Andis Profoil Lithium Plus kind of spooked me. The look of it is very similar to my beard trimmer, but it also felt way too professional for me to be using on my head. I’ve only ever shaved with a straight razor and an average-looking bald head shaver in the past, so this was a new experience for me in terms of visual aesthetics.

Normally, I always start with the top of my head when shaving. But, with the Andis Profoil Lithium Plus, I felt more comfortable beginning with the sides to tackle my noggin. Upon buzzing, I noticed my hair was disappearing rather quickly at the sides, but I wasn’t exactly sure how I should have been holding the buzzer or in which direction to trip.

With your average bald head shaver, the thought of shaving is almost effortless. You simply go around in circles and hope for the best. And traditionally, you get the best, too. With this shaver, I found myself thinking a ton more. I wasn’t operating as a carefree dude shaving his head in his bathroom, I was operating as if I was working.

As my hair began to disappear, I do have to say that my head felt incredibly smooth. Like, baby smooth. Even with the Skull Shaver, I don’t think my head felt as smooth as it did post-shave.

But, there’s a catch to that.

I’m not going to lie to you guys, I did have a couple of issues in my experience using the Andis Profoil Lithium Plus. Sure, my head was smoother than smooth, but that took a ton of effort. I was constantly going over and over and over and OVER areas to snag some hair the shaver kept missing.

I felt like the guy in SpongeBob SquarePants that says “72 hours later” when something in the series is taking too long.

On the top and sides of my head, the shaver was pretty easy to use, but once it came to the back it was game over. For the life of me, I could not get my hair to come off. I don’t know if it was because I was handling the device incorrectly, but it was simply taking so much time I almost considered giving up. Constantly having to over a spot you were certain you already tackled can be a relentless task.

I ended up calling my roommate over to help me with my backside and she essentially had no problem. Sure, she was going over a couple of times, but that’s what real barbers do. At least she wasn’t huffing and puffing in frustration like I was.

In addition, I noticed that the process was pretty messy. My typical experience with bald head shavers isn’t too messy at all, hair will stay inside of the device until it’s time for cleaning. With this shaver, hair was coating the top of the device and my hands when I was done. It left me with that post-barber feeling where it feels like you need to take a shower the second you get home to release the itch.

In terms of the hold, it doesn’t feel like it’s made for those doing at-home haircuts. Sure, if you are giving someone a haircut at home, this baby would be absolute dynamite. But using solo in the bathroom to buzz your own head? It simply doesn’t feel correct.

The Verdict: Shave Your Friend’s Head, Not Your Own

As I just mentioned, the Andis Profoil Lithium Plus doesn’t feel like it should be for guys shaving their own heads. If you are a barber or something that casually gives their friends haircuts, this device is a rock-solid choice to use. It’s ergonomic, it’s effective and it provides a smoooooth shave — just for folks shaving other folks.

Bald boys living that DIY life, this might not be the option for you.

If you are shaving your own head, I’d say it’s best to steer clear of the Andis Profoil Lithium Plus. It’s annoying to use when you’re doing it by yourself but extremely effective when someone else does it for you.

If you have someone else that shaves your head for you or if you’re a guy looking to get the best fade of your life from your barber, the Andis Profoil Lithium Plus is a must-purchase. Just don’t DIY it solo.

Looking for an alternative? We have also reviewed (and loved) the Hammacher Schlemmer Bald Head Shaver and the Skull Shaver Pitbull Gold PRO. 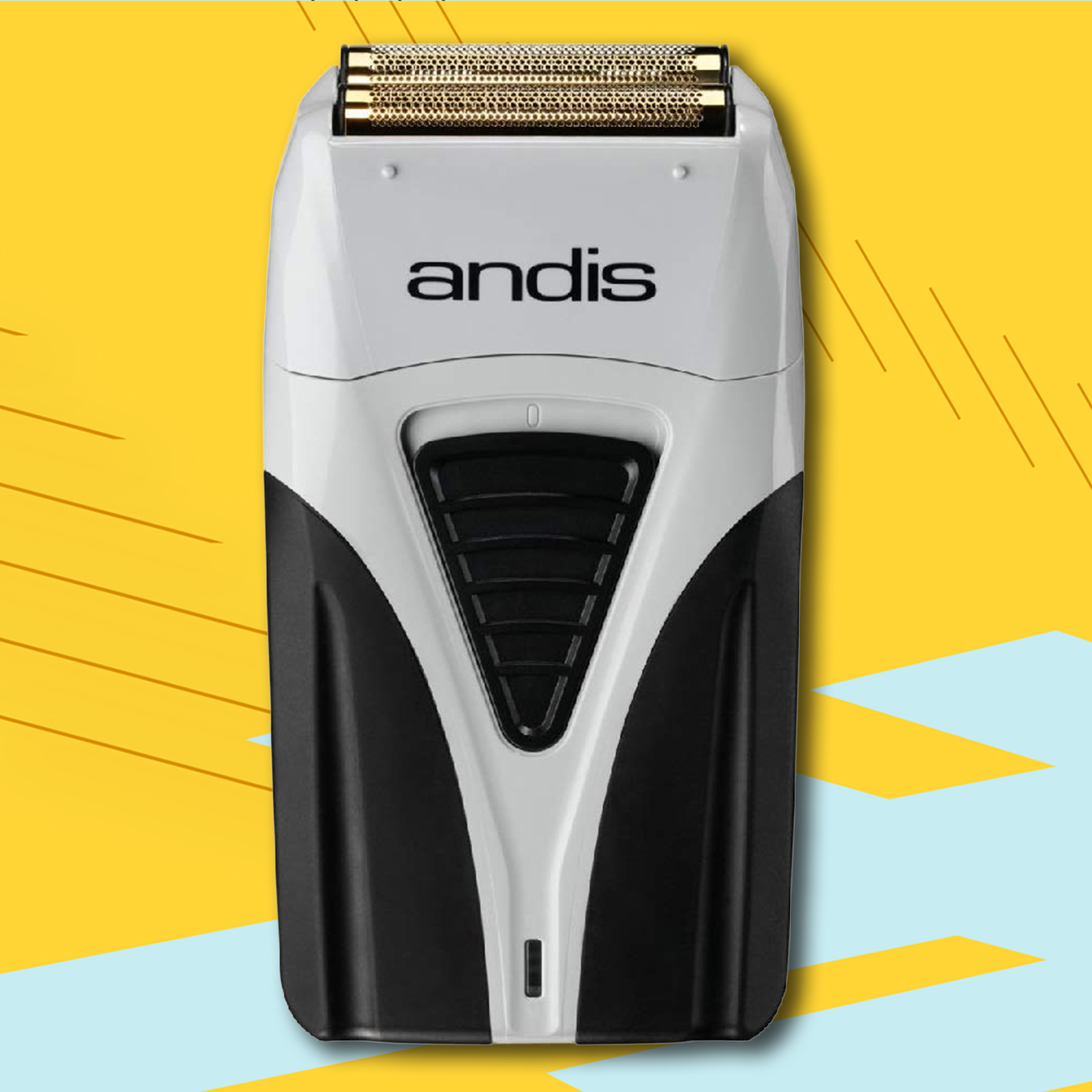 Buy Now
Shine Bright Like a Diamond: Here’s the Best Lotion for Your Bald Head